Members of the Ira H. Hayes American Legion Post 84 held a solemn tribute to the service men and women who paid the ultimate sacrifice. Post 84 lowered the colors at the Ira H. Hayes/Matthew B. Juan Park in Sacaton in recognition of Memorial Day, on May 31.

The ceremony started off with a fly-over made by a WWII Consolidated PB4Y-2 Privateer bomber plane based out of Casa Grande Municipal Airport.

“Normally we go to all of the locations in the Community, that have monuments,” said Tony McDaniel, Post 84 Adjutant.

He said the event followed past Memorial Day events, which consisted of a laying of a wreath, 21-gun salute and playing of the taps.

“With the help of the District 3 recreation department, [we] were able to get the park open and host the ceremony,” said McDaniel. He said Post 84 appreciates the assistance of District 3 and Gov. Stephen Roe Lewis.

In a pre-recorded Memorial Day video message, Gov. Lewis also laid wreaths at the foot of monuments located at the Ira H. Hayes/Matthew B. Juan park.

Gov. Lewis said, “[We] take this time to remember all those who have given their lives while serving in the military.” He said the Community has a proud history of military service along with other Native American communities, who have served at the highest rates in the armed forces.

“So many of our Community members gave their lives in service to our country. Let’s honor them and remember them for their sacrifice and offer our prayers for [those] still serving in the military,” said Gov. Lewis.

He also called for a moment of silence to remember the fallen service members and families who lost a loved one to combat.

The Memorial Day event was attended by Adolfo “Harpo” Celaya, a U.S. Navy WWII Veteran and survivor of the U.S.S Indianapolis. Celaya laid a wreath at the Ira. H. Hayes/Iwo Jima memorial to help honor the service members killed in combat.

“[He] joined the Navy when he was 17, after having dropped-out of high school,” said Irene Daniels, Celaya’s caretaker. Celaya is one of 316 sailors, who survived the sinking of the U.S.S. Indianapolis. During WWII the U.S.S. Indianapolis was sunk in middle of the South Pacific by a Japanese submarine, while on its way to the Philippines.

Today, Celaya is one of only five living survivors of the U.S.S Indianapolis, residing in his hometown of Florence, Ariz..

Celaya recalled witnessing the raising of the American flag on Mount Suribachi. “I saw the flag go up, I was aboard the U.S.S. Indianapolis when [I] saw it go up, through a pair of binoculars. That’s a memory I will never forget,” said Celaya.

At the time of the flag raising, he did not know Ira Hayes was among the five Marines and one Navy Corpsman who raised the flag on Mount Suribachi.

He said in recent years, “I was very fortunate to meet the family of Ira Hayes and the community Hayes came from.” 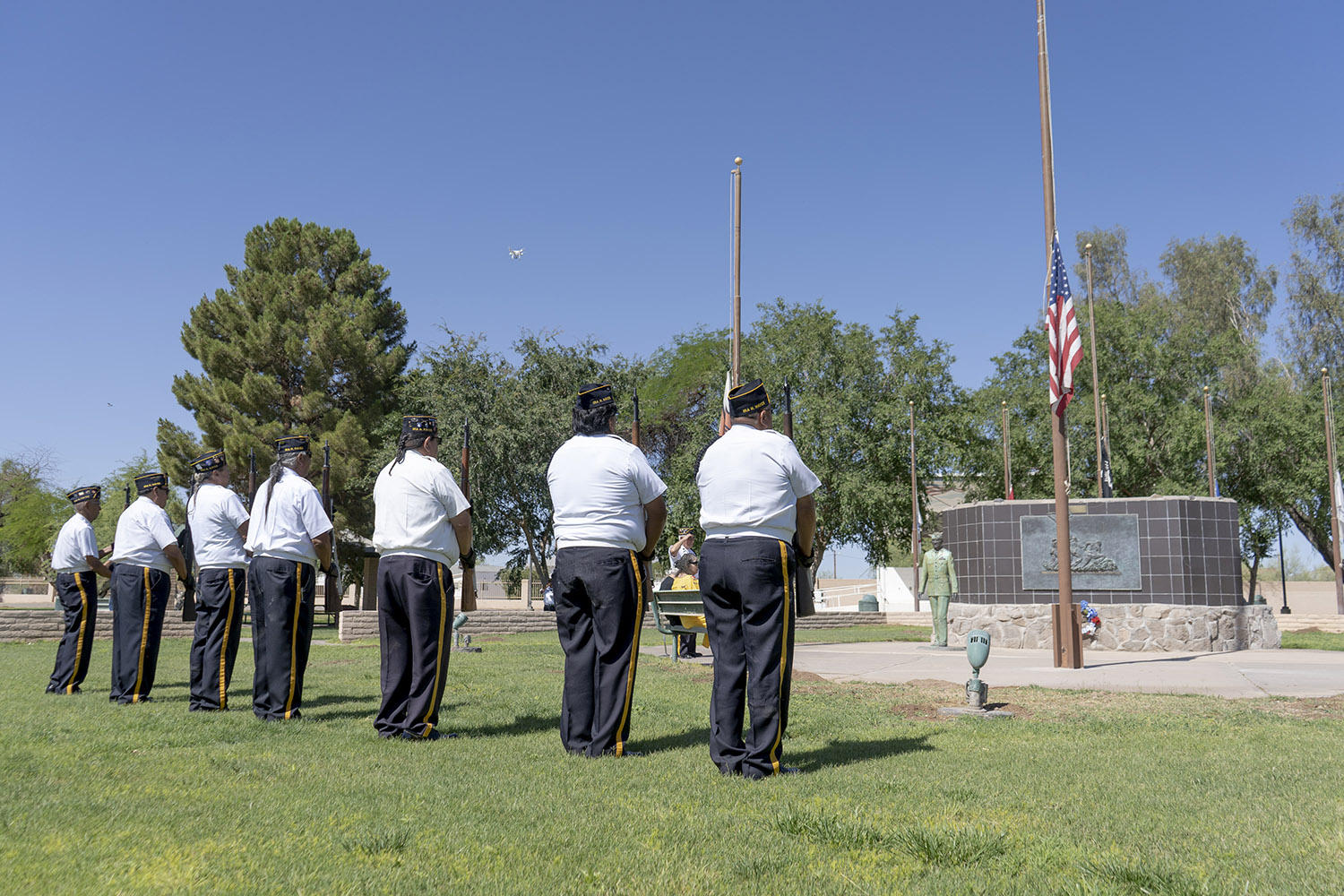 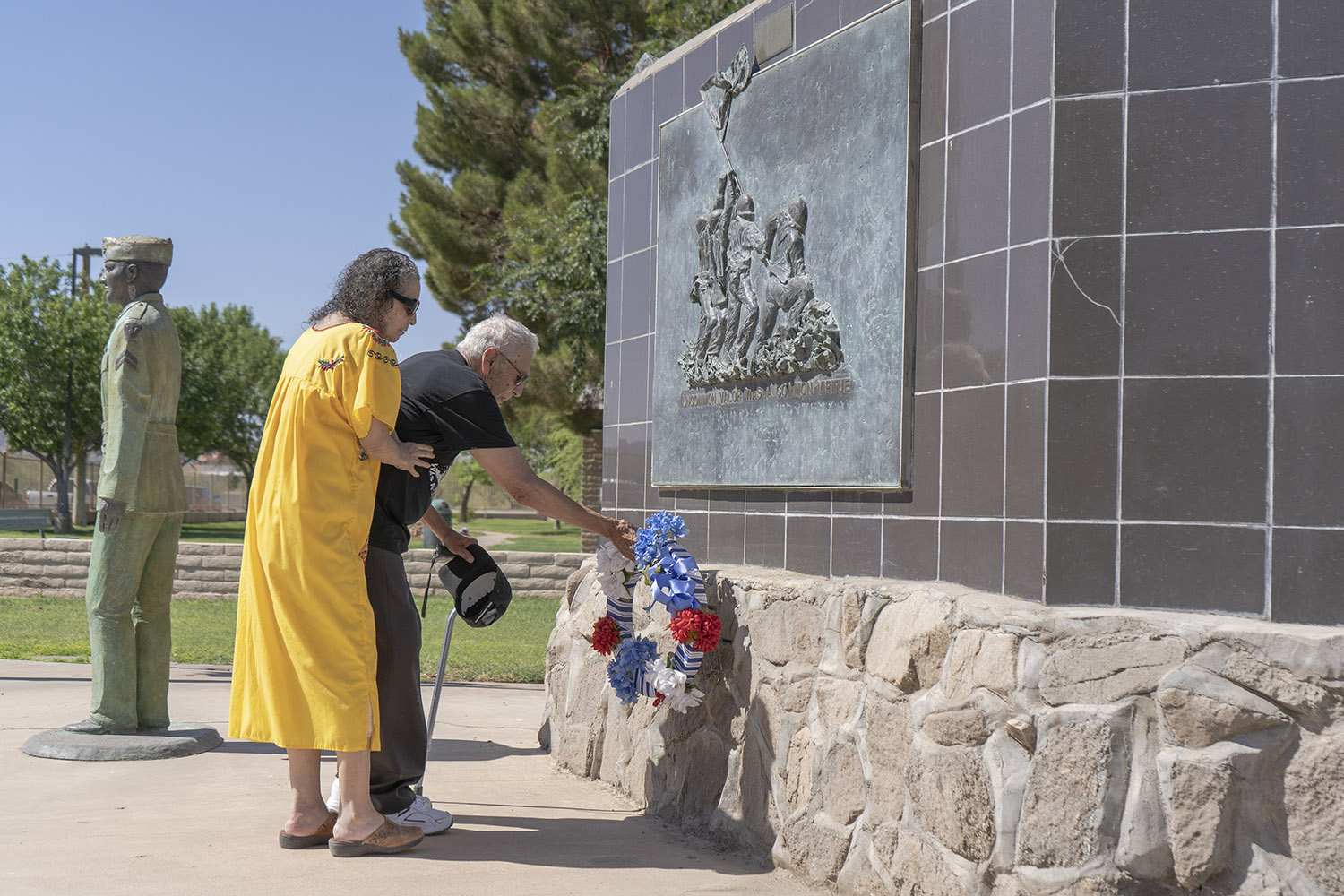 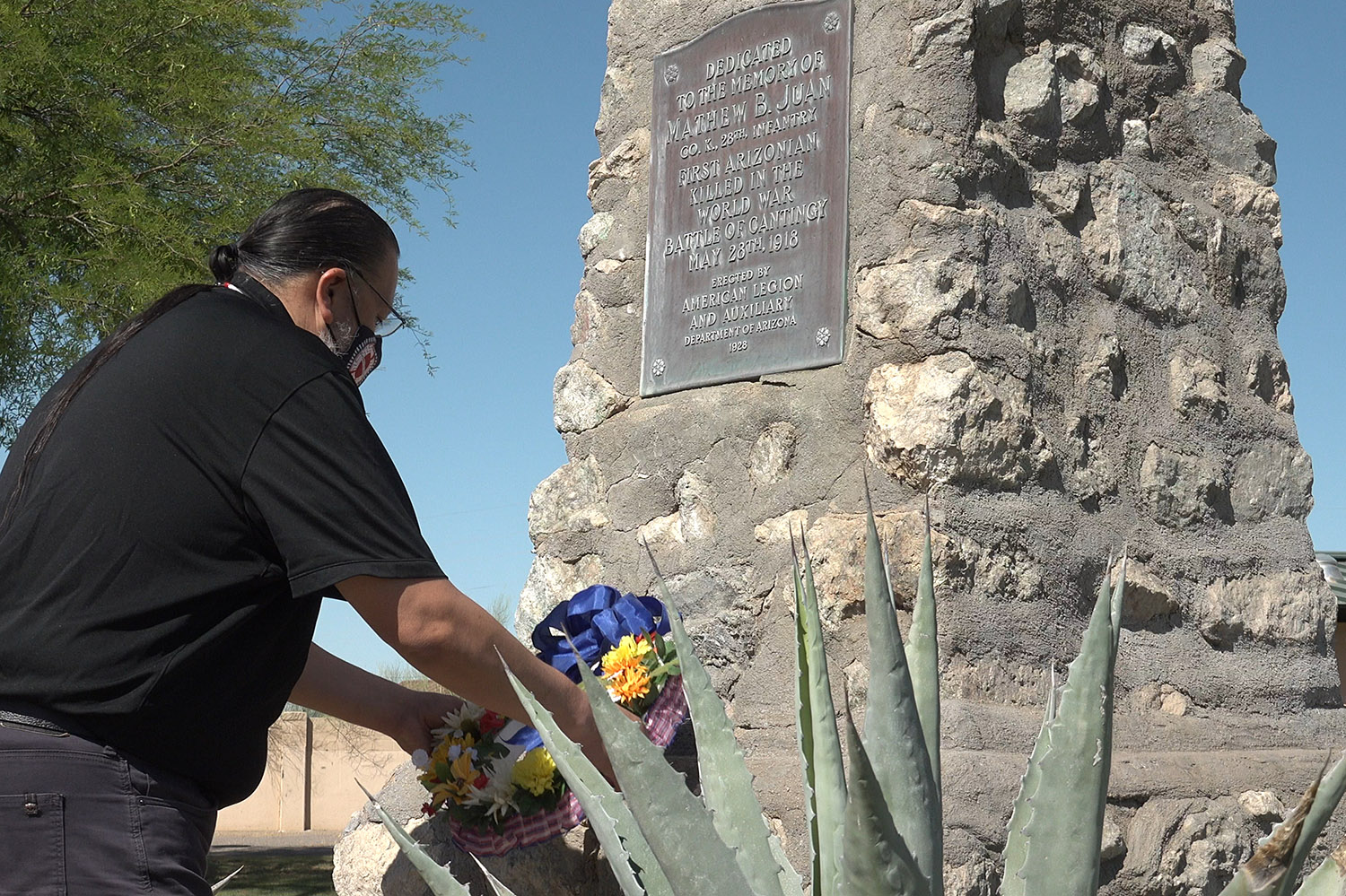 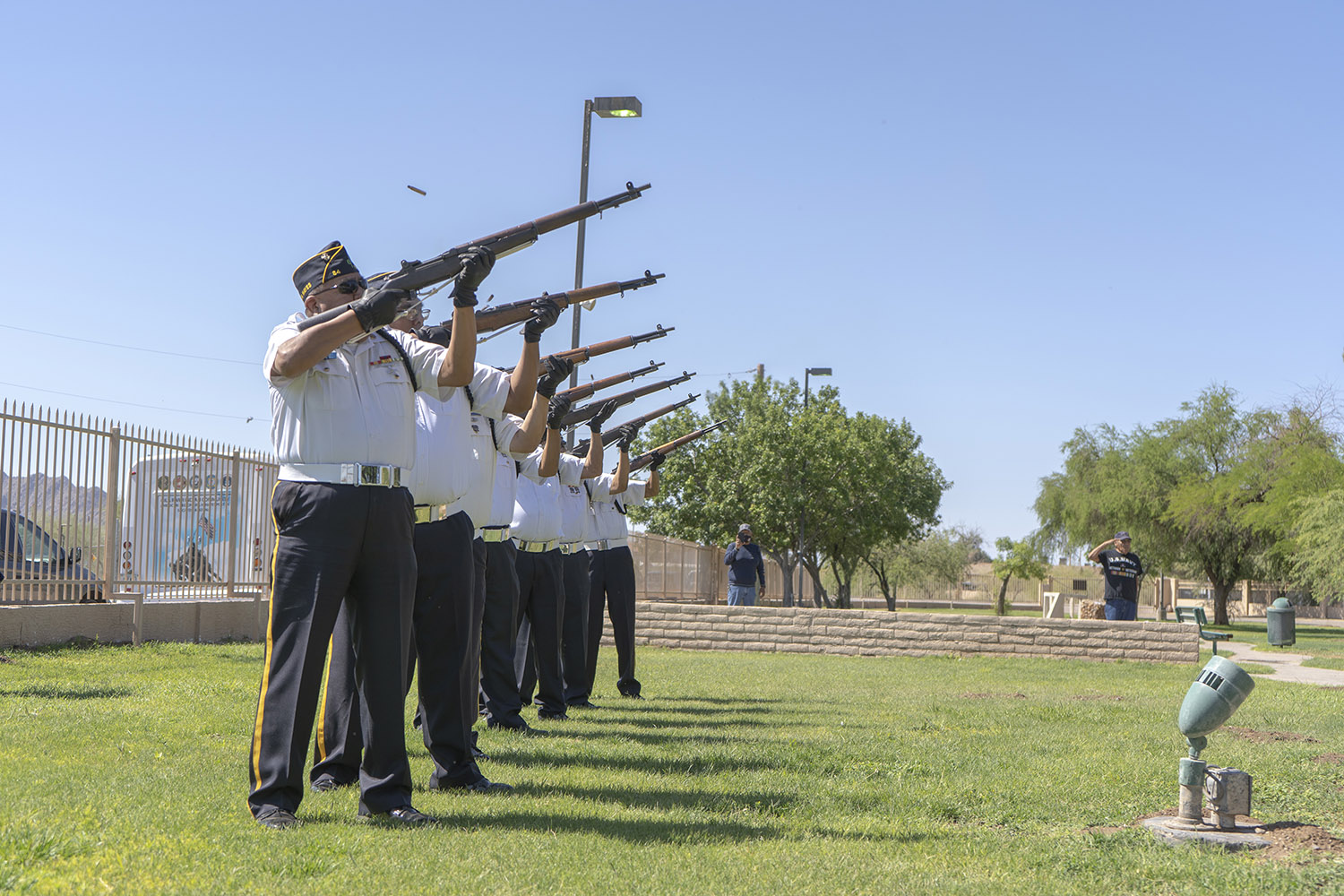