The 2021 state championship run has ended for the Coolidge High School Bears Boys’ Basketball team, but the playing days for District 3 resident Nickolas Harrison, the team’s star guard, will likely continue into college.

Through hard work in the books and on the hardwood, Harrison has been offered scholarships by the following institutions to play basketball for Benedictine University, Humboldt University, Purdue Northwest University, SAGU American Indian College and Northland Pioneer College.

Harrison, who led Coolidge to the state quarterfinals after a 59-55 win over Yuma Catholic on March 10, has multiple college scholarship offers on the table. The Bears season ended with a 51-42 loss to Page High School last week. Harrison, who averaged 14.8 points per game this season, had 10 points for the Bears.

Having come off a win over Yuma Catholic at home, Harrison was hopeful for the team’s current playoff push to the 3A State Championship. “It’s the playoffs, all the teams are coming ready to play at their best,” said Harrison on the fast pace of his recent game. He said the team’s performance against Yuma was a tough win as the offense struggled to maintain control of the game.

Although the Bears playoff run has ended, Harrison will now focus on the college offers to determine where he will play ball next.

“I am looking forward to seeing him succeed, we try to tell him to consider his future and whatever he wants to do, [we] support him,” said Carolyn Escalante, Harrison’s mother.

She added, “We encourage him to work hard, be humble and keep his grades up, because it’s going to take him a lot places.”

For Harrison, the game of basketball has provided him an opportunity to further his education after high school. “I know basketball has always been an interest of mine, but I also know school is important and what I want to pursue. My main focus is to go into the medical field and being a physical therapist or in sports medicine,” said Harrison.

His father Danny Harrison said, “He’s always played basketball since he was 12-years- old, he’s always had an interest in the sport.” Danny said his son has made a remarkable comeback, after having tore his anterior cruciate ligament (ACL), putting the shooting guards season on hold.

In addition to being a standout on the court, Terry Willis a Tribal Education Department Student Advisor said he continues to excel in his academics. “It has been a pleasure to know Nick. Not only is he a great athlete, but he has also been dedicated in his four-years at Coolidge High School,” said Willis.

Much of Harrison’s recognition off the court is receiving the student of the month outstanding character award in February and the Chief Azul Award in 2019. Willis added that Harrison also commits time to helping his local district and has an interest in the culture of the Community.

“He’s gotten offers from six schools, some of them in and out of state. We are all proud of him and how far he has come after the injury last year,” said Danny. He added, that Harrison is a role model to his Community and that above all the education that comes with playing basketball is a representation of his hard work and commitment. 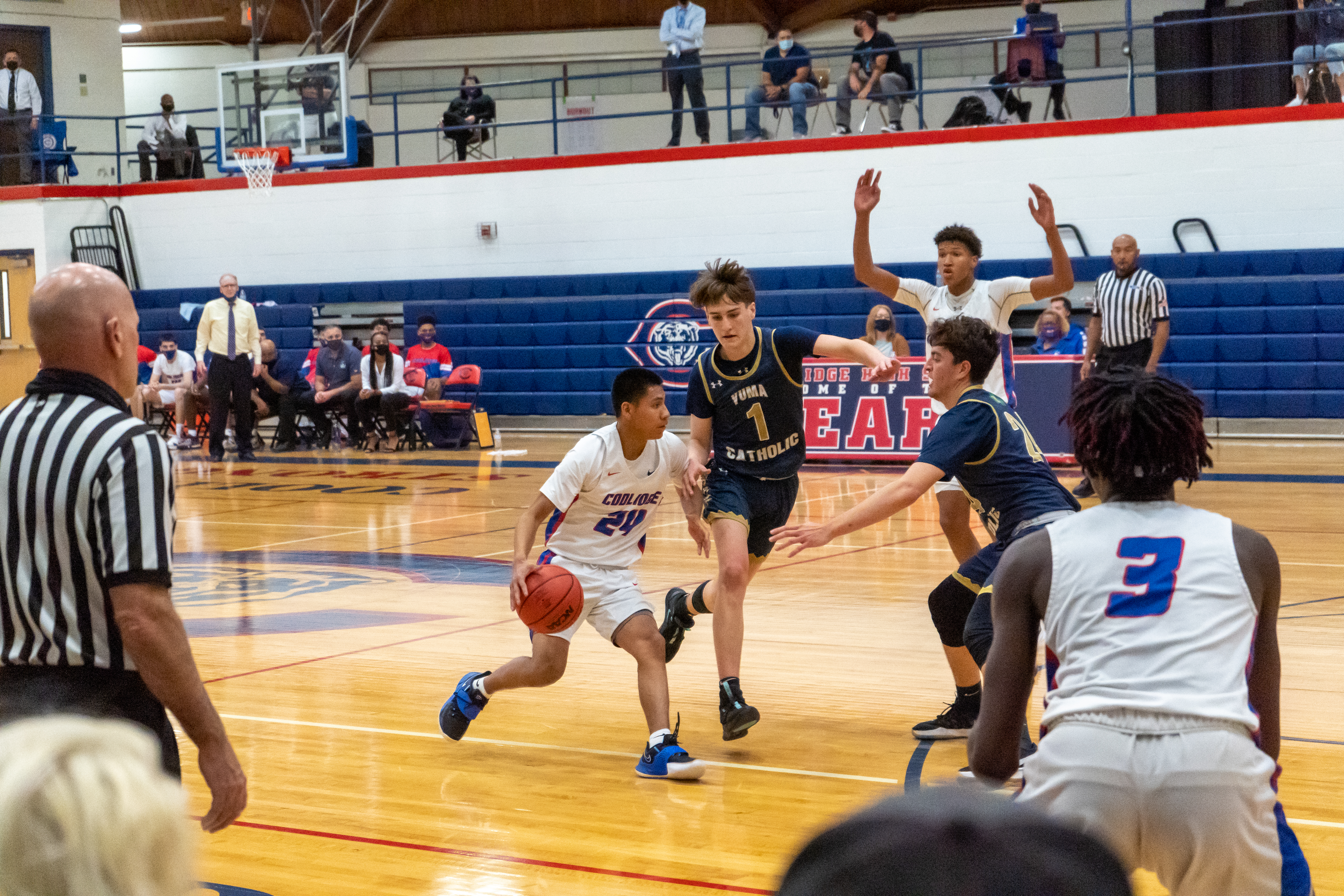