Haaland, who is a member of the Pueblo of Laguna Tribe located west of Albuquerque also refers to herself as a 35th generation New Mexican.

This isn’t the first time Haaland has made history. Three years ago, she was one of two Native American women elected to serve in the House of Representatives.“I look forward to what the future holds and I’m excited to continue my service for all our families,” Haaland said in a post on her Twitter account.

Gov. Stephen Roe Lewis congratulated Haaland on her confirmation. “Today is an historic day for Indian Country as Deb Haaland has been confirmed Secretary of Interior.” He echoed her signature phrase, for everyone to “Be Fierce,” in their support for Haaland in her new seat in the President’s cabinet.

“Rep. Haaland has been a close friend of the Gila River Indian Community and she is uniquely qualified to act in the best interests of tribes across the country,” said Lewis. He commended her on the cofirmation and saying the Community is ready to begin working with her on several issues as Secretary of the Interior.

In a press release from her office, Haaland highlighted her tenure in Congress. She said, “As a volunteer, activist, and organizer for more than twenty years, it was my proudest professional moment to be elected as one of the first two Native American Women to serve in Congress.”

In her farewell address to Congress, Haaland said, “I’m humbled to have spent the last two years in this chamber, where I proudly served New Mexico, alongside my colleagues past and present in the New Mexico delegation.”

Haaland acknowledged the long history of Native Americans who have called “The Land of Enchantment,” home for many generations. In Congress, Haaland focused on addressing climate change, environmental and economic justice, and creating resources to help track cases involving missing and murdered Indigenous women.

While working in Congress she supported, The Not Invisible Act, The PROGRESS for Indian Tribes Act, The Native American Business Incubators Act and the Veterans Affairs Tribal Advisory Committee Act.

Her most recent work was in support of the COVID relief bill for millions of Americans in need of assistance.

Haaland said, “Though I am excited to become the first Native American cabinet secretary in history, I’m also sad to leave [this] chamber.” 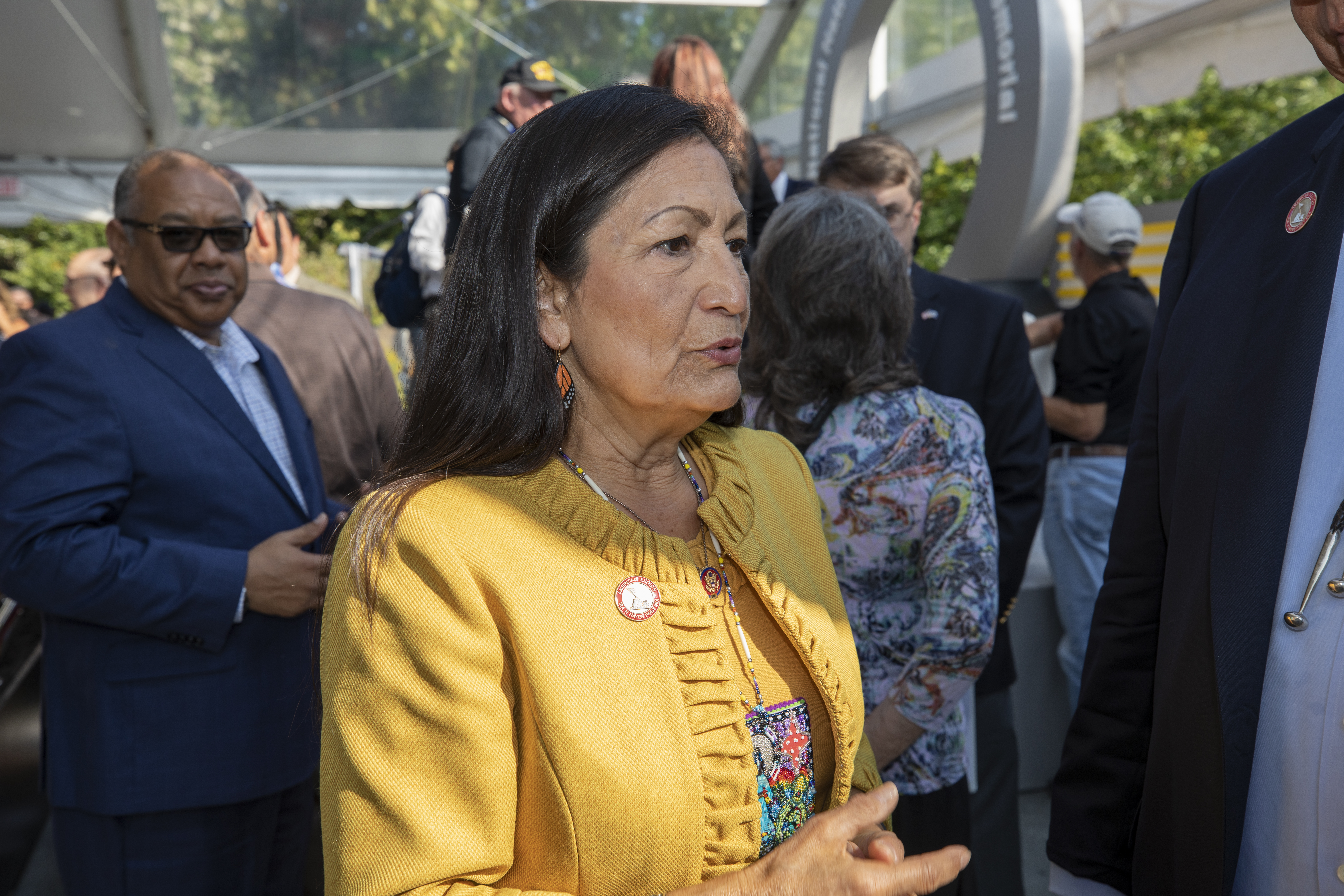