With medical bills mounting, the family of a Community member fighting cancer has started a GoFundMe campaign which already has raised more than $21,000 to help their loved one.

Kevin Lewis, who lives in District 4, was diagnosed earlier this year with Stage 4 Adenocarcinoma, a form of stomach cancer. The father of two will soon begin chemotherapy to treat the disease.

“I’m very, very thankful, that they put (this campaign) together, because I haven’t been able to work since January,” said Lewis.

Lewis, who had been employed at the Sheraton Grand Resort & Spa at Wild Horse Pass as a Sommelier specializing in wine, explained that his doctors originally believed he had pancreatitis. He said further testing at Banner University Medical Center in Phoenix led to the stomach cancer diagnosis.

He said before learning of his diagnosis, he experienced an excessive sense of fullness even after eating only small portions of food. “I would eat something and would feel really bloated to a point where I couldn’t eat anymore, but I hadn’t really eaten that much,” he explained.

Lewis said that while his insurance has helped pay some of his medical bills, the additional support from the GoFundMe campaign will allow him to start his chemotherapy treatment right away – on Monday, March 1st. He described moving quickly with his treatment as “very crucial in order to control and stop the cancer from spreading to other parts of the body.”

Lewis spoke of his stomach cancer as a source of significant abdominal and lower back pain which requires regular management, including the selection of foods that are easier on his digestive system.

Since sharing his diagnosis with family, friends and co-workers, Lewis – who has a son, Kaleb, and a daughter, Lily – said he has received generous support from people wanting to check on him, give him rides to appointments or find other ways to help. Lewis said he and his girlfriend, Rebecca Uribe, can barely believe the generosity they’ve experienced.

“Their offering to make food, drive me to appointments and watch the kids, the outpouring has been incredible,” he said. “I can’t put into words the response and support that we’ve gotten.”

The GoFundMe campaign can be found online at https://bit.ly/3rmBElm or by searching under the name: “Help Support Kevin ‘Pima Bear’ Lewis’s Fight!”

“The outpouring of support gives us) a boost of confidence and morale,” said Lewis. “This is something I want to push through and get to a good spot, being there for my kids’ future.” 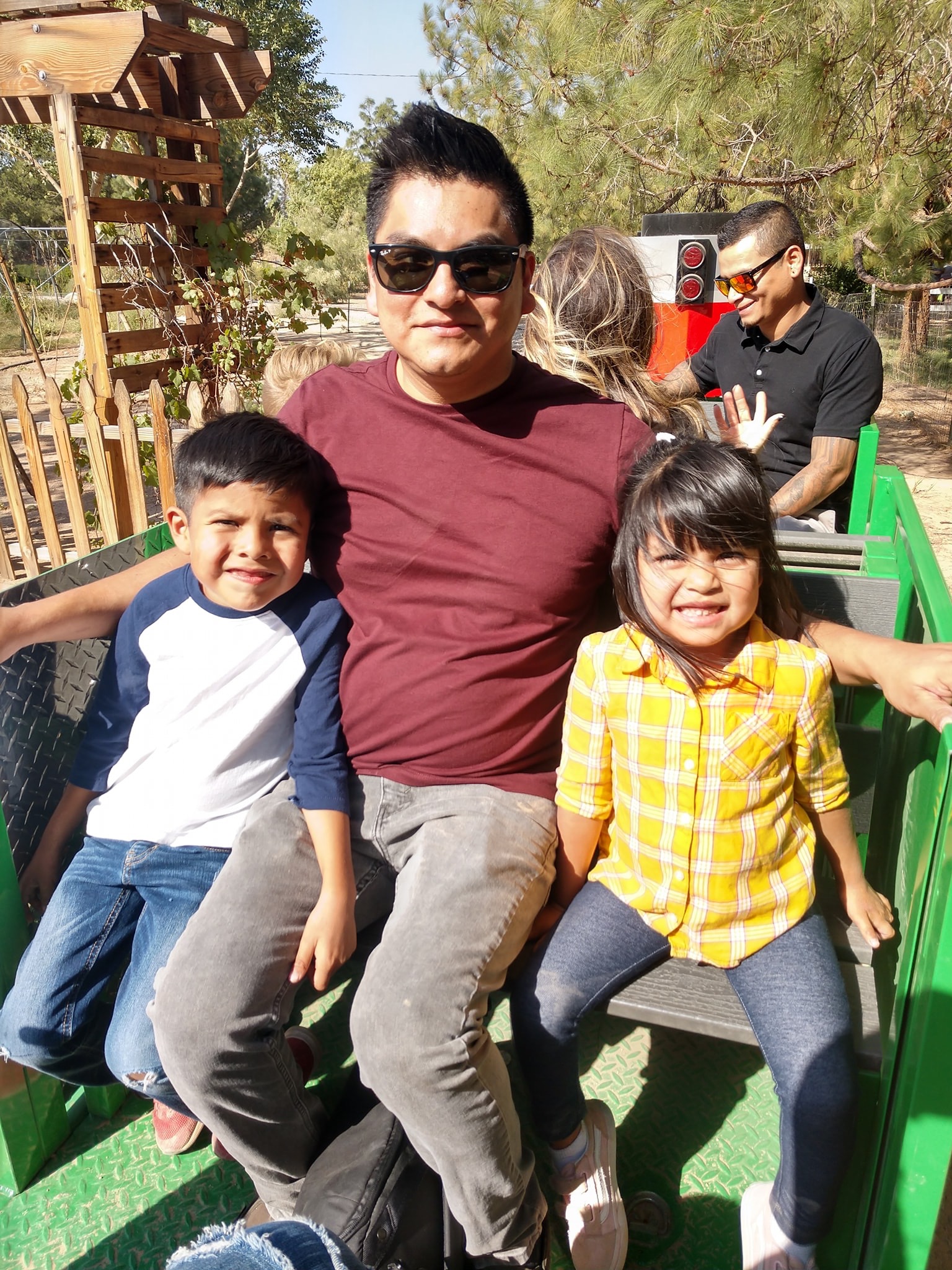