Even the restrictions of a pandemic could not prevent the Community from honoring the historic role played by Ira H. Hayes in the flag raising over Iwo Jima: A 40-minute video of the 76th Annual Iwo Jima Flag Raising Ceremony is now available on the Gila River Broadcasting Corporation’s TV stations and Facebook page.

The video tribute features members of the Ira H. Hayes American Legion Post 84 discussing Hayes’ heroism as a member of the U.S. Marines and the contributions made by many Community members who served in the military during multiple wars.  The video includes extensive footage of parades and military flyovers from years past.

Lt. Gov. Monica Antone called this year’s virtual celebration an opportunity to “encourage and give thanks for what history and memories have taught us.” She added: “Unfortunately, we are unable to celebrate in person. However, in the spirit of our hearts and minds and gratitude, we can share our understanding and continue to celebrate even under the circumstances of the pandemic.”

The Battle of Iwo Jima came near the end of a long campaign in the Pacific targeted at reaching the Japanese homeland. Along the way, several key islands would be taken, securing a foothold in the Pacific for American and allied forces.

The raising of the American flag atop Mount Suribachi occurred on February 23, 1945. The flag-raisers – including Marine corporal Hayes – would be captured in one of the most well-known war photos ever taken.

The annual parade and in-person events were canceled this year due to the COVID-19 pandemic and limits on crowds. This included many beloved features of the ceremony, including the annual banquet, flyover and parade, which culminates in a memorial raising of the flags and laying of the wreath blessing at the Matthew B. Juan – Ira H. Hayes memorial park in Sacaton.

The event annually draws thousands of spectators, including visiting veterans who march down Casa Blanca Road.

Bill Dixon, Commander of Ira H. Hayes Post 84 welcomed viewers to the virtual event and shared how the event first began. He also acknowledged and thanked the many people and departments, along with Gila River Indian Community leadership, Gila River Police Department, Gila River Fire and EMS, Department of Transportation and District 3 Service Center who assisted with the annual event.

The video emphasized the history of the Matthew B. Juan – Ira H. Hayes Park located in Sacaton where many events have been held. The park is named after Hayes and after Matthew B. Juan, the first Arizonan to be killed during the Battle of Cantigny in World War I.

Oscar Urrea, member of Post 84, assisted in the design and construction project for the park and shared how funding was raised. Lance and Shirley Lewis also led and organized the project for the park. The park features a stone based, bronzed monument to the Iwo Jima Flag Raising and bronze statues of both Juan and Hayes. The park was intended to bring Community members and the local public to a place of “reflection and comfort,” said Urrea, who called it a place of “spiritual healing” for many.

Lt. Gov. Antone shared stories of her family attending and participating in the annual parade, recalling the parade in 2019 which featured Ira’s brother, the late Kenneth Hayes, who served in the Korean War.

“A heartfelt thank you to all our veterans as well as the Ira Hayes Post 84 for continuing to carry on this important event each year,” said Antone.

Tony McDaniel, Post 84 Adjutant and Coordinator, thanked past participants of the event. “Through the dust storms, the rain and the beautiful weather, you have all honored military past, military history with us, and I thank you for that,” said McDaniel. He noted that the event continues to grow from its start in 1988 as “Recognition Day.”

Governor Lewis remarked that “our Community takes great pride in our record of service and in those who serve.  And it isn’t just while they are in the military.  I can point to so many examples of those whose call to service didn’t end when they came home, including those who serve on our Community Council, and other important positions throughout the Community.”

The 77th Flag Raising Memorial will be held Feb. 19, 2022. This year’s virtual ceremony can be seen on the Gila River Broadcasting Corp. Facebook page and channels 19.1 29.1. 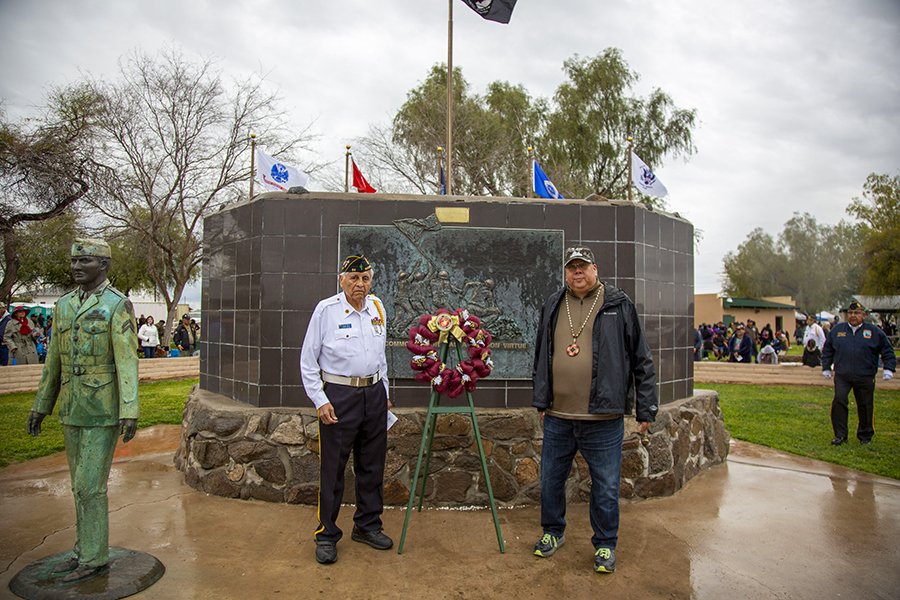 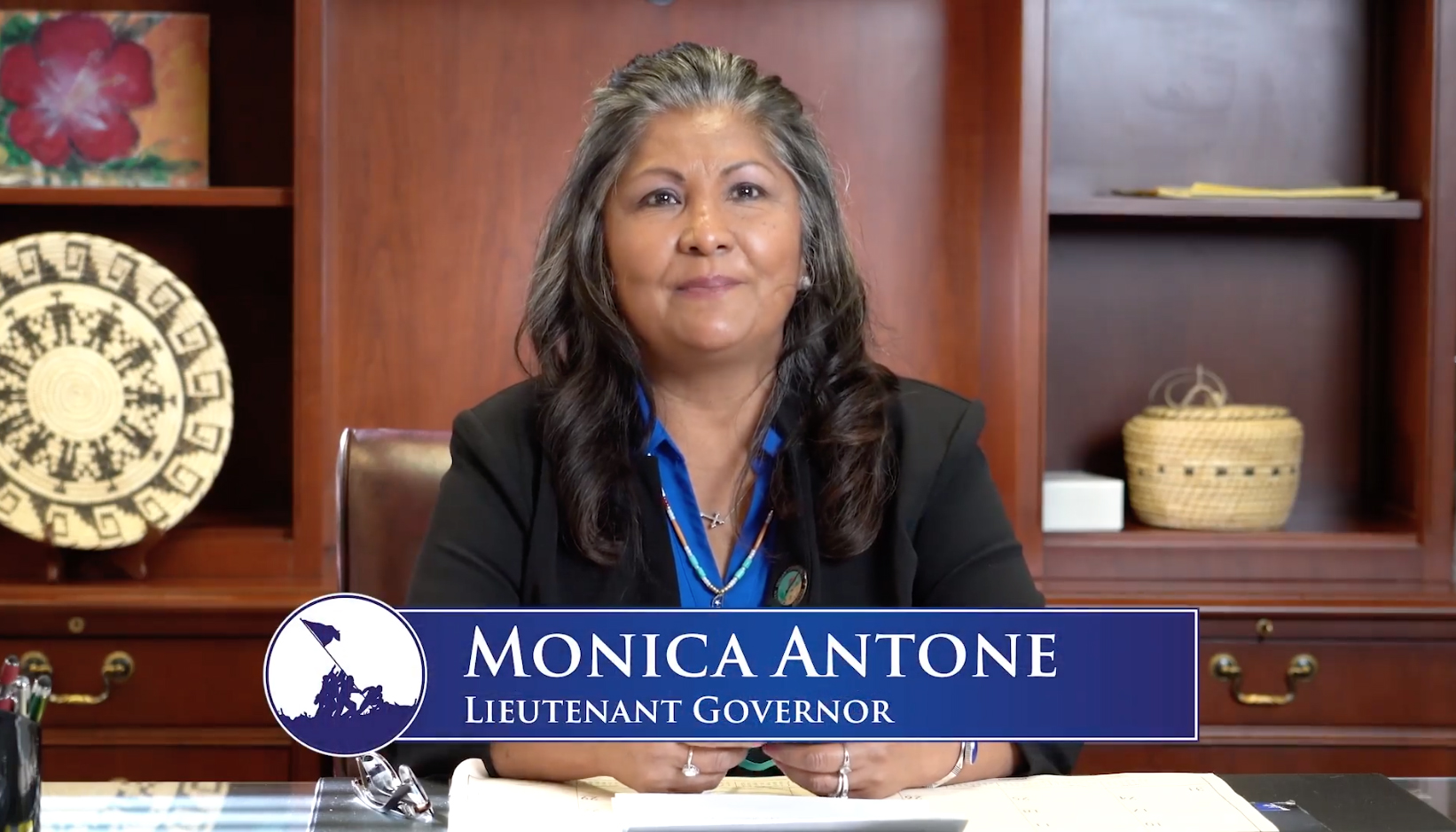