Gov. Stephen Roe Lewis took part in the historic Tribal-State Gaming Compact Amendment signing with Arizona tribal leaders and Gov. Doug Ducey at the Heard Museum in Phoenix on April 15. The amended compacts modernize gaming for the 21st Century and will expand the number of gaming devices and allow for new casinos. Arizona’s Tribal-State Gaming Compacts were first signed in 1992. The compact was updated through Proposition 202, which state voters approved in 2002.

Ducey led off the proceedings with opening remarks calling the event, “truly historic” and noting the ties between the state and the tribes in Arizona. The compact amendments and the associated legislation took more than five years to negotiate, said Ducey, calling the signing a “win-win-win for the tribes, for the state and for the taxpayers.”

Ducey noted that gaming employs thousands across Arizona and generates millions in tax revenue while providing funding sources for tribal self-sufficiency. Ducey introduced Gov. Lewis while applauding the hard work and commitment the Community’s governor demonstrated during negotiations. “You have been invaluable to the process and invaluable as a partner,” said Ducey.

Gov. Lewis called the compact signing a “momentous occasion,” and like Ducey said that all the stakeholders will benefit from the agreement. “I’m filled with gratitude and appreciation,” said Gov. Lewis in his remarks. Gov. Lewis recalled the early negotiation process between the state and the tribes and the doubts among stakeholders, which made the signing event more meaningful. “It’s taken years to bring full-circle,” said Gov. Lewis of the compact amendments. “Thank you for your leadership and all my fellow tribal leaders here.” 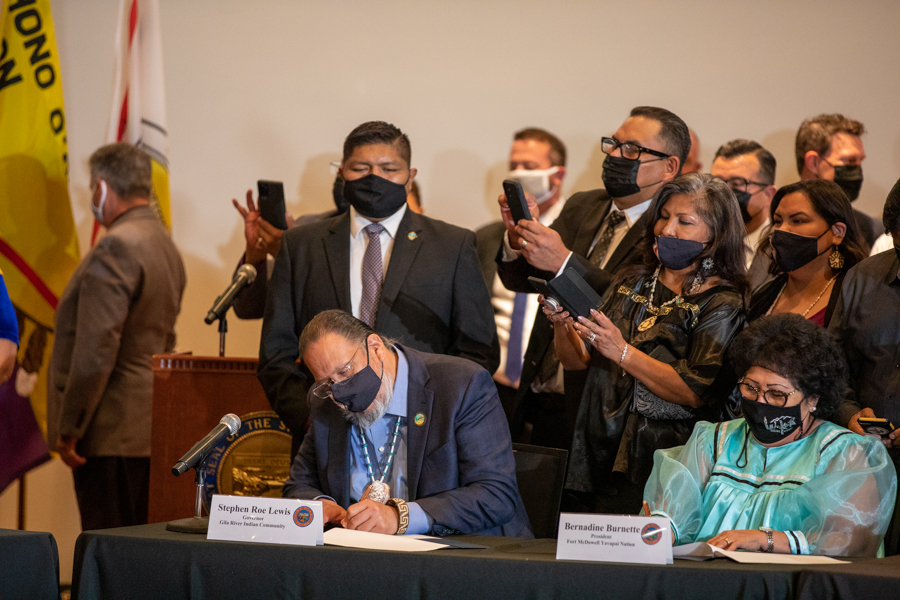 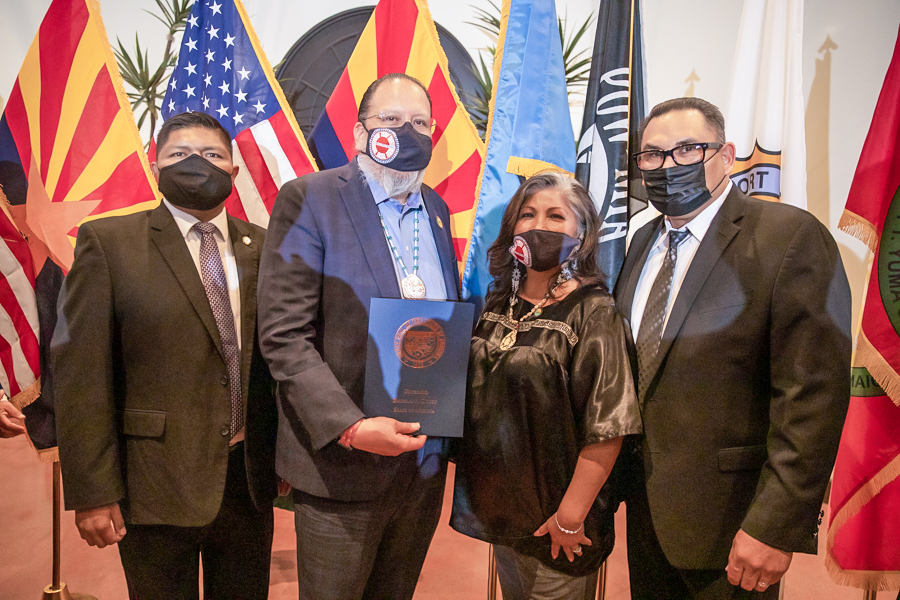