The Phoenix Rising Football Club made their debut at their new stadium at Wild Horse Pass on Friday, April 30. Phoenix Rising officially kicked off their 2021 season with a 4-1 victory against the San Diego Loyal SC to a roaring crowd of fans and supporters Friday evening.

Gov. Stephen Roe Lewis was present for the opening ceremony before the match began. “Phoenix Rising, welcome to the Gila River Indian Community for your first game. It is truly an honor to host the Phoenix Rising organization. We are so fortunate to be the host some of the top athletes in the spirit and discipline of soccer,” said Lewis.

As part of the ceremony, Gov. Lewis also opened the season by scoring the “first goal” in the new stadium. Local American Legion Post 51 color guard presented the colors for the national anthem. And a brief tribute was paid to former EMS Chief Lawrence White, who recently passed away, where his photo was displayed on the large digital scoreboard.

“It was awesome, I felt that vibe, the red smoke when we scored goals. And when I got that feeling, I was like, ‘okay, we’re home’…It was fantastic, I was so happy and so proud of the boys.”, said Phoenix Rising head coach Rick Schantz in a post-game interview.

There are thirteen more home games set for the remainder of the season that goes all the way until October. Due to COVID-19 restrictions, stadium attendance is capped at 50 percent. Everyone is also required to wear a mask at the stadium.

Fans enjoyed the new stadium setting and location in the valley despite the COVID-19 restrictions. Season ticket holder Kristy Medina said, “The stadium is beautiful, parking is amazing, there are two ways to get to the stadium versus one, it is awesome.”

Phoenix Rising’s next match is against Oakland Roots SC Saturday, May 8, at 7:30 p.m. The game will be broadcasted on the local CW61 channel 61.1 and on the ABC 15 mobile app for cell phones and smart devices. 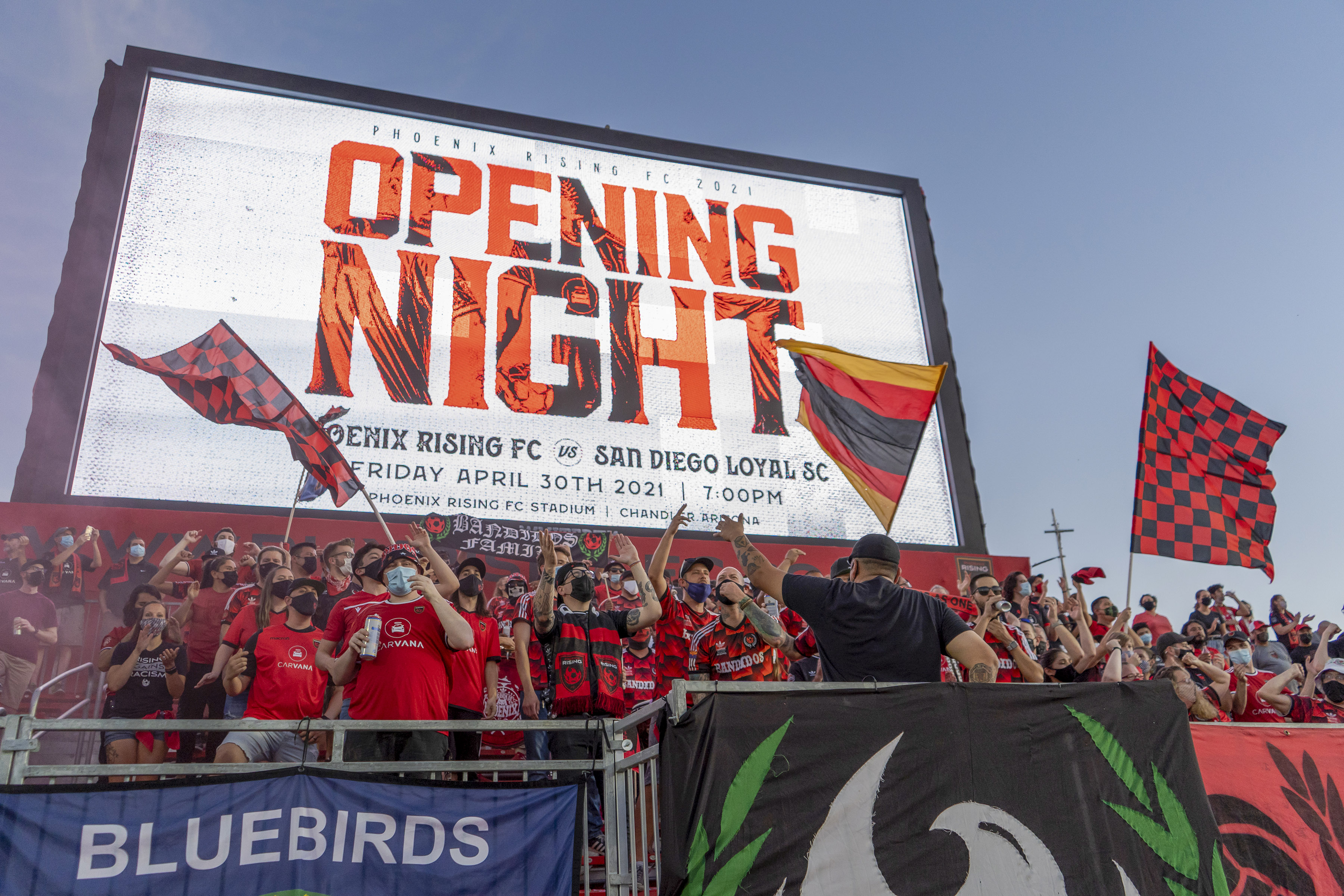