Arizona State University’s Labriola National American Indian Data Center has named Alex Soto as its director. Soto, appointed July 1st, is the Center’s first Indigenous person to serve as director since it was established in 1993. Labriola is now Indigenous-led and staffed by Indigenous peoples – a fact that should foster an Indigenous perspective as the Center continues to expand.

Soto is Tohono O’odham and grew up in Phoenix. His parents are Joe Charles and Matilda Miguel-Charles and his grandparents are Andrew and Rachel Miguel, originally from Sells. Soto earned his Bachelor of Science in American Indian Studies and his Master of Arts in Library & Information Science. As director of the Labriola Center, Soto says he’s passionate about meeting the information needs of Indigenous students, faculty and tribal communities.

“I never imagined I would be in this role, but I’ve always been one that looks to share information that is important to our people,” said Soto, who has worked at Labriola since 2019 and worked for the Phoenix Public Library before that. “I believe that my years of land defense, performing music, and starting from the bottom at libraries manifested in this opportunity.”

The Labriola Center, an Indigenous library within the ASU Library system, is a repository of research materials, books, audio and visual items, and historical documents, most of them created by Indigenous scholars and creators.

There are two Labriola locations: one at ASU’s West Campus in Fletcher Library and one at the Tempe Campus in the Hayden Library. ASU is the only state university with dedicated spaces for Indigenous library materials.

Over the next year, Soto plans to enhance the Tempe Labriola Center to host expanded activities, including workshops, book and poetry readings, lectures, music performances and more.

“I was a first-generation college student at ASU and now I’m a librarian here,” said Soto. “I feel a responsibility to make culturally safe learning spaces within ASU. The Labriola Center is an essential service for the ASU Indigenous community since we support and affirm tribally-driven research.

We also support Native students by teaching workshops to develop their research skills and we are always available for one-on-one student appointments. Overall, we seek to support the information needs of Arizona tribal communities and I’m most proud of our community-driven archive workshops which teach tribal members on how to preserve their family histories.”

Soto credits his Tohono O’odham roots for preparing him forhis new leadership role. “As O’odham, it’s our responsibility to promote and protect our contemporary himdag, which at times means restricting access due to cultural protocols. I believe my staff and I will highlight how Indigenous librarians and archivists are modern day memory keepers in tribal communities.” 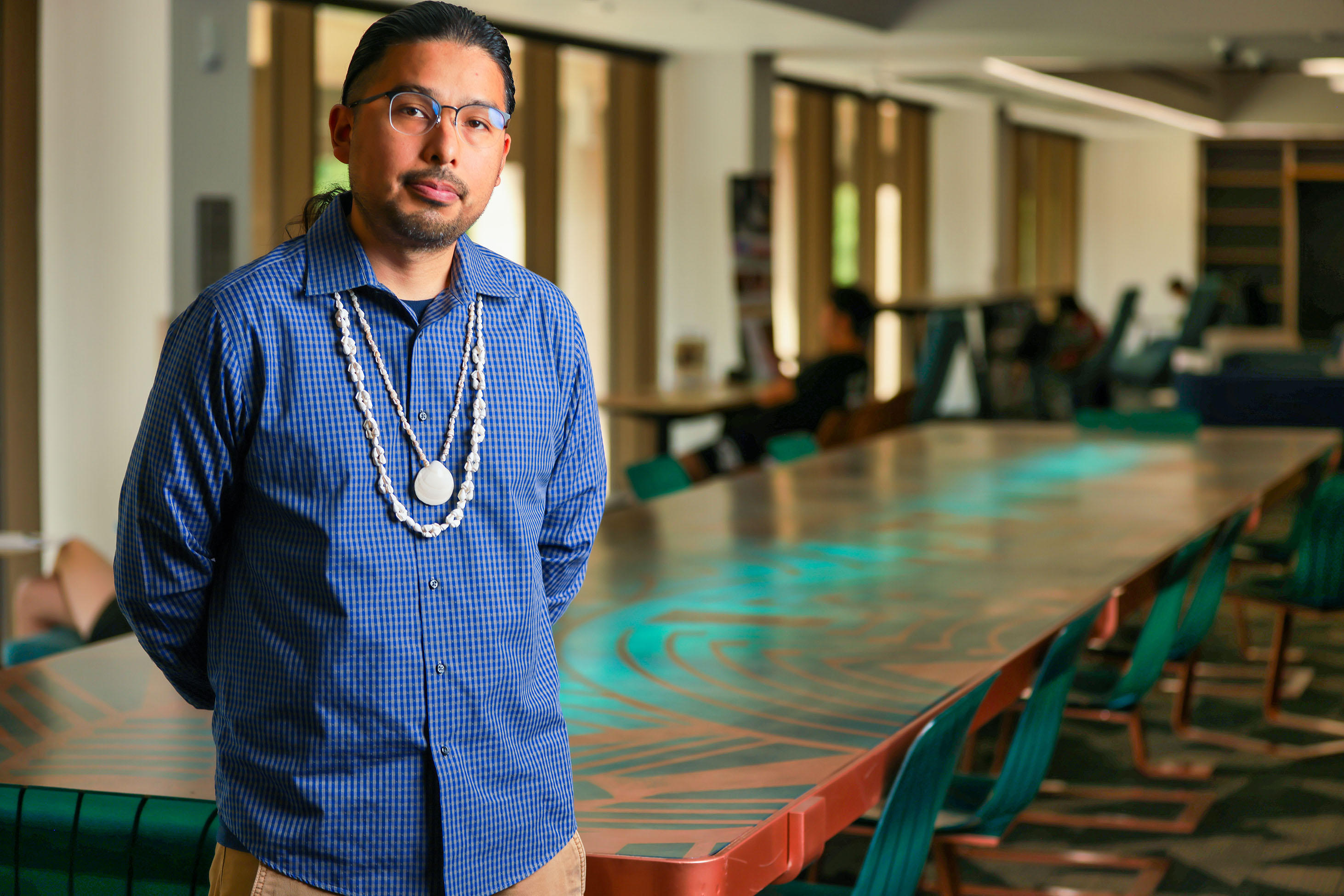