Veterans groups, traditional dancers and representatives from across the Gila River Indian Community honored the legacy of Chief Antonio Azul during a special ceremony on the anniversary of his passing 112 years ago. A memorial tribute highlighting the life of Chief Azul was held from Oct. 1 to Oct. 2., beginning at the Governance Center and concluding at West Cemetery in Sacaton.

“We are here to honor the legacy of our last traditional Chief, Chief Antonio Azul. We thank the family for being present today and maintaining the connections we have to our great chief,” said Gov. Stephen Roe Lewis, who also expressed his gratitude to the GRIC veterans and auxiliary groups, first responders and traditional dancers who helped make the memorial possible.

The memorial highlighted different aspects of Chief Azul’s life that made him a formidable leader in a changing world.

“Chief Azul was a warrior and a military strategist who served as a diplomat and negotiator between the Community and the U.S. government,” said Gov. Lewis, who also recognized Chief Azul’s focus on learning as an important way of elevating his people.

“(Chief Azul) saw the importance of education,” said Gov. Lewis.  “He made sure it was a priority among our tribal members to seek a higher education, to put them in a position to protect our community in a number of different ways.”

Lt. Gov. Monica Antone spoke about Chief Azul’s steadfastness at a time when the Community was faced with possible relocation. She also focused on how Chief Azul utilized the trust of the people to prevent the two tribes (Akimel O’otham and Pee Posh) from being relocated from their traditional homelands.

“It is inspiring to look back at the life of Chief Azul, because he protected our land base and boundaries of the Community,” said Lt. Gov. Antone. “I think it is only fitting for our two tribes, the Akimel O’otham and Pee Posh, to celebrate the legacy of this historical figure who brought courage in keeping the people on our traditional homelands.”

Others saw Chief Azul as a warrior among generations of individuals, who took up the call to protect the Community and its people.

“I look at the aspect of traditions and being warriors on this land and stepping up when you have, that is one quality of Chief Azul,” said Darrell Whitman, a U.S. Army veteran from District 1 and Veteran Peer Support Specialist with the GRIC Veterans & Family Services Office.

Whitman said the military honors, including the presenting of the colors and the playing of taps, were meant to recognize Chief Azul’s military service. The tribute included veterans and first responders standing watch over his grave from evening to sunrise.

Many speakers at the memorial service touched on Chief Azul’s role in forming Arizona’s first National Guard along with Pee Posh Chief Juan Chavaria in 1865. Whitman said that the two leaders’ cooperative efforts helped the tribes to secure the boundaries of the Community and to protect the people from within.

“We want to thank the Gila River Indian Community and [those] who helped put this memorial together and again for the continued invitation that we receive,” said Reina. “One of the first memories I have of Chief Azul was always seeing his picture in our homes back in Salt River. I always wondered who he was and it wasn’t until I came back from the military that I began to explore who he was and the things that he accomplished.”

Reina added: “I can’t think of any other leader who had the ability to see what was coming, to understand that education for our people, modernizing and continuing to make important decisions at time when … the world outside of our boundaries was changing fast.”

“For some who he (Chief Azul) was a warrior and intellectual who made hard decisions in difficult times, as is the case with our current times, these chapters of history repeat themselves in different ways,” said Gov. Lewis.

The following, are a list of groups, who volunteered to assist in the Chief Azul memorial tribute. 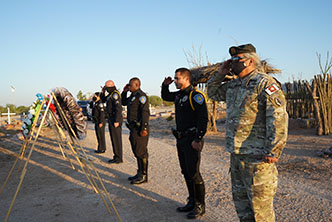 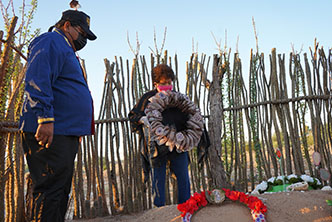 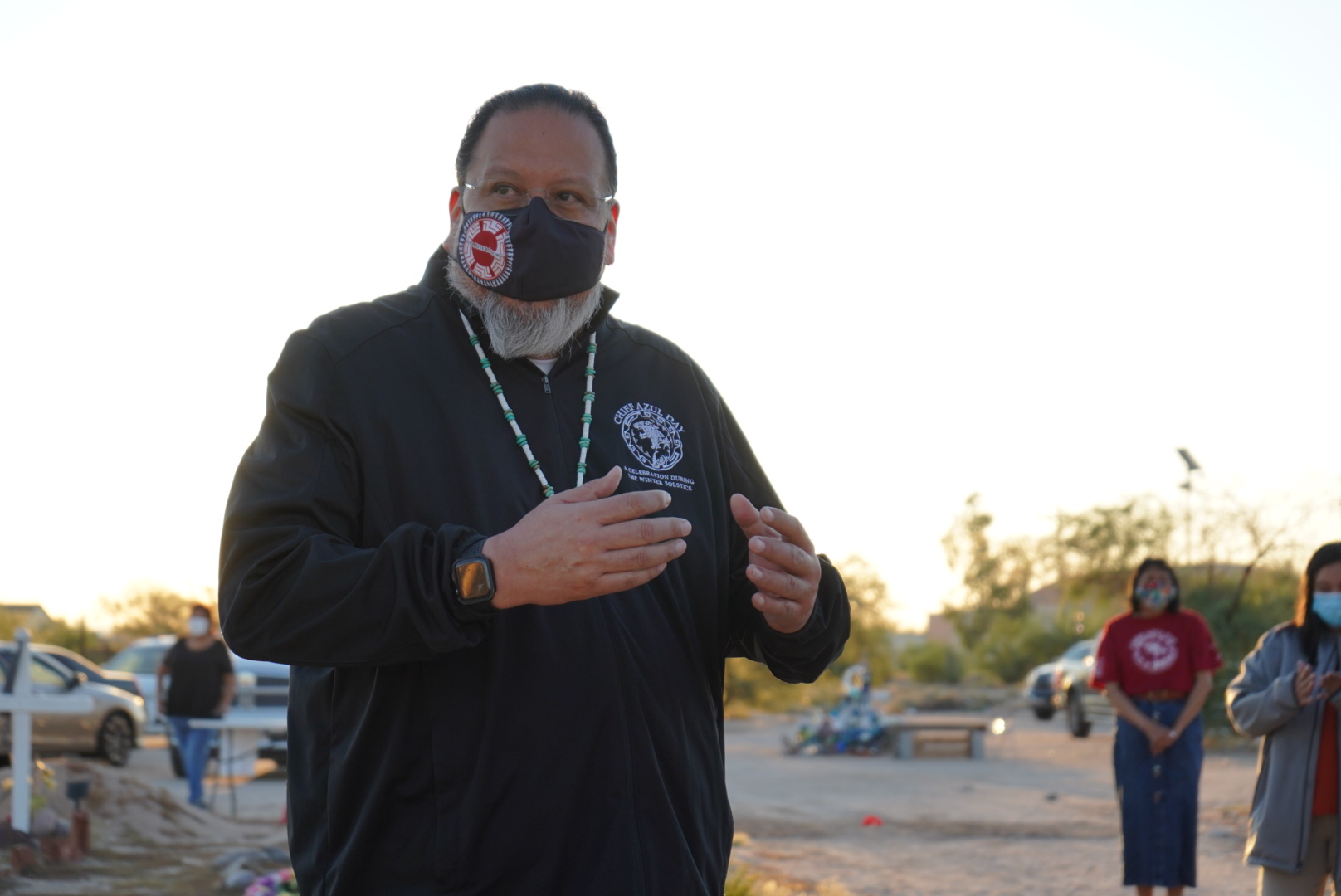 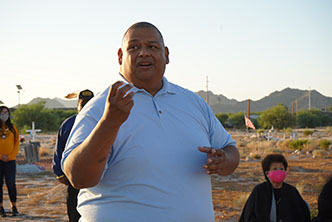