Community member Adrian D. Thomas has been on a roll when it comes to his budding musical career and displaying his musical talents with each new opportunity that comes his way.

“Growing up, I got into music through my step-grandfather, Neil Banketewa,” says Thomas, a resident of District 5. “My house was full of musicians growing-up, like Neil and my uncle Buzz Banketewa, who was a part of a chicken scratch band here in the Community called ‘Waila Express.’”

Thomas said that when his step-grandfather was away, he would pick up his guitar and play whatever came to him, trying to put the rhythm down with each chord. “I didn’t have any music experience or knowledge, but I was always interested and fascinated by the instruments, especially the guitar,” he said.

He often would find himself daydreaming in class, Thomas recalled, distracted by thoughts of making music and wondering if he would ever have a chance to play an actual concert.

With music playing such a prominent role in Thomas’ life, he eventually worked up the courage to reach out to his uncle for help teaching him how to play the guitar.

“At first, he was kind of like, whatever about it, but over time I think I showed him more interest in what I wanted to do and I guess he really saw that,” said Thomas, who later would receive a guitar as a gift at Christmas. “It changed my life. It was a black electric Peavey guitar. I was so amazed at how it looked and sounded. To me it was something that helped shape my future as a musician.”

As Thomas’ musical interest began to get stronger, his passion to see where it could take him started to take hold – which he credits with helping him stay away from bad influences around him.

“Even though I was building on that passion, I still wasn’t hanging out with the best crowd,” said Thomas. “Sooner or later, I found out and realized the people I was hanging out with and the stuff that I was doing wasn’t exactly what I wanted to do in life.”

As Thomas puts it, the challenges he’s experienced have helped motivate him toward pursuing his life goal. He recalls that even friends he met along the way who succumbed to bad choices often had hidden talents sidetracked by the pursuit of darker paths.

“What I do as a musician now, the music that I make and the lyrics that I write are all off of the experiences that I had when I was young. It’s just realizing that we all have something in us that makes us who we are,” said Thomas.

In addition to his family and those life choices he cites, Thomas also says he’s been influenced by listening to music of various decades.

“A lot of my musical influences comes from classic rock bands, 80’s and 90’s alternative rock, especially because I love Metallica,” he says. “That was like my main band growing up. It kind of motivated me to want pursue live entertainment.”

He also mentions a slew of other musical acts, including the Red Hot Chili Peppers, 311 and genres such as reggae, hip hop and metal. Each has helped shape what he calls the” Alternative Chill sound” he’s working on.

In Thomas’ debut album, “Peace of Mind,” he goes by the alias “Smokey D Palm Tree.”

“It’s an album that consists of nine alternative rock songs,” he says. “It’s based off my internal feelings and things that people can relate to at the same time, because we all deal with the same things in life that we don’t really talk about.”

Like the name of the album, Thomas says everyone is trying to find peace of mind, especially in the current times society finds itself in. He says it’s about being comfortable with who you are and not being afraid of being different. As for a favorite song on the album:

“The song that I resonate the most off of the album is the third song called ‘Inside Turning Out,’” he says. “The song is about turning out the emotions that you have emotionally and trying to find yourself.”

Recently, one of Thomas’ songs, “Time Drift,” was played on air on local radio station Alt AZ 93.3 after he got the attention of one of the radio station’s disc jockeys.

“I reached out to one of the Disc Jockeys at the radio station and they actually loved the song. They ended up giving me an offer to play on the radio,” says Thomas. “I was like, ‘Wow, I can’t believe a song that I wrote on my phone made it to the radio.’”

The radio airplay wasn’t Thomas’ first public exposure. He also sang the National Anthem before a large crowd of baseball fans during the Native American Recognition Day event at Chase Field on July 18.

“Singing the national anthem in front of an entire stadium is a dream come true for me,” he said. “Seeing all the people there at the stadium I was in amazement, especially with people from the Community. It was a surreal moment.”

His current run of success has left Thomas wanting more for himself and his musical career.

“I’ll always have a goal,” he explains. “Even if I complete one I’m always onto the next one. It’s never the end, you never can be just satisfied with what you had at the moment, knowing you have a whole life to live and whole lot of opportunities to come.” 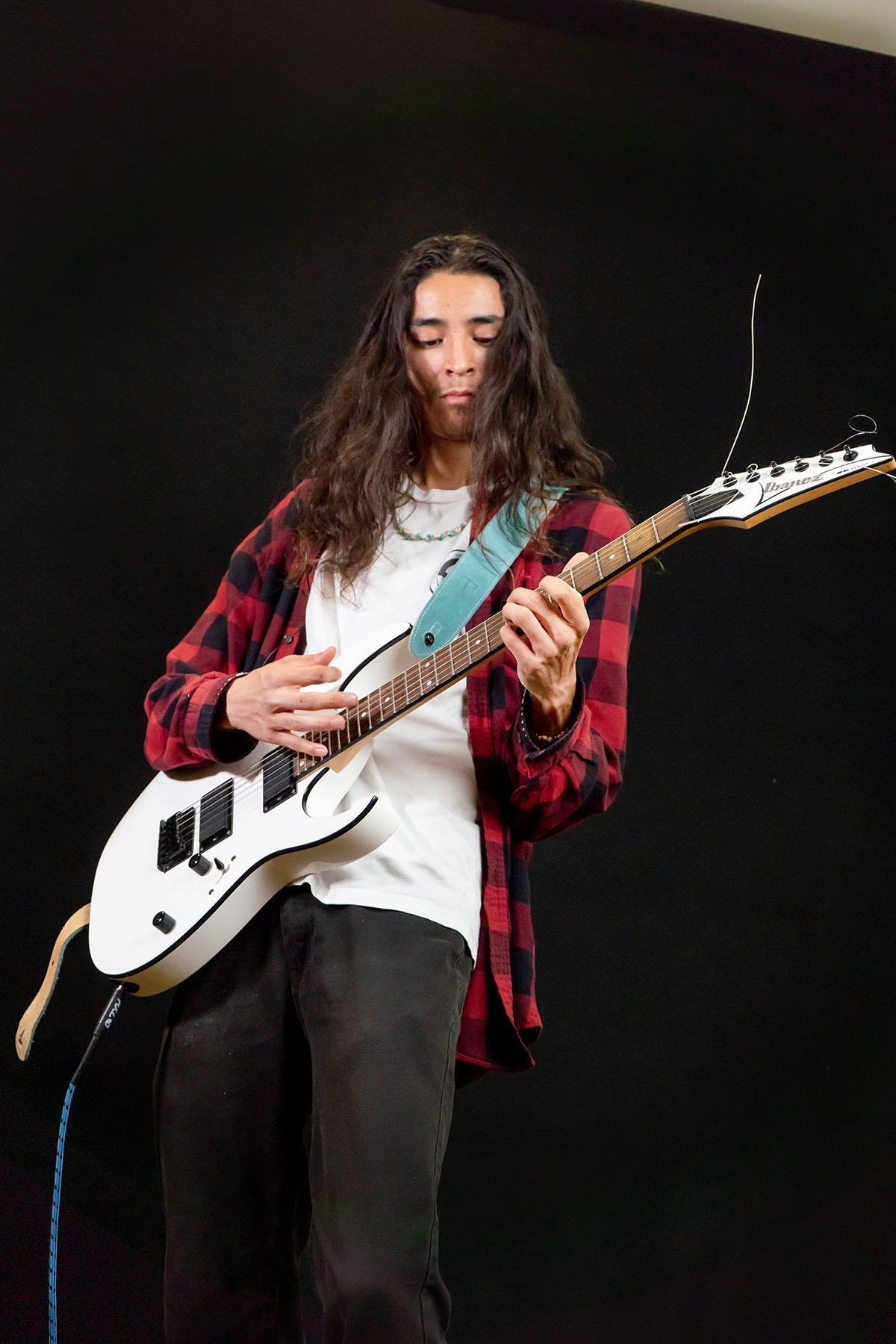