Marrietta was overjoyed following her win. “This is truly unbelievable. I’m so grateful to have this experience with some awesome young women,” said Marrietta. “I’d like to say thank you to everyone who has supported me and believed in me to get to this point.”

Marrietta will go from representing the Community to all 22 Native tribes while continuing to serve as a role model for American Indian youth. She was awarded a $5,000 scholarship, a Chromebook, Miss Indian Arizona pendant, luggage and other gifts. Marrietta also won the Essay Award, which includes a $300 scholarship.

Judges assessed each contestant on attire such as evening wear and traditional attire, traditional or modern talent, and an essay on the theme “Native Women Forging a New Path.” Each of the contestants received a $200 participants award.

Marrietta presented the evolution of storytelling and the O’otham himdag for her talent. She discussed a 1939 film titled “An Indian Bible,” which follows a grandfather showing his grandson Hohokam petroglyphs.

“This film also attempts to explain different aspects of our O’otham culture but does so in a harmful way because the information presented is false and told through a colonial lens,” said Marrietta during the presentation.

“I am committed to working with our elders and cultural leaders to revitalize, protect and preserve our O’otham himdag through media,” she explained.

To commemorate the special event, former titleholders were celebrated and featured through video messages. The event permitted judges and two guests for each participant. It was livestreamed for the public by the Chandler Center for the Arts website and is now available to watch through missindianarizona.com 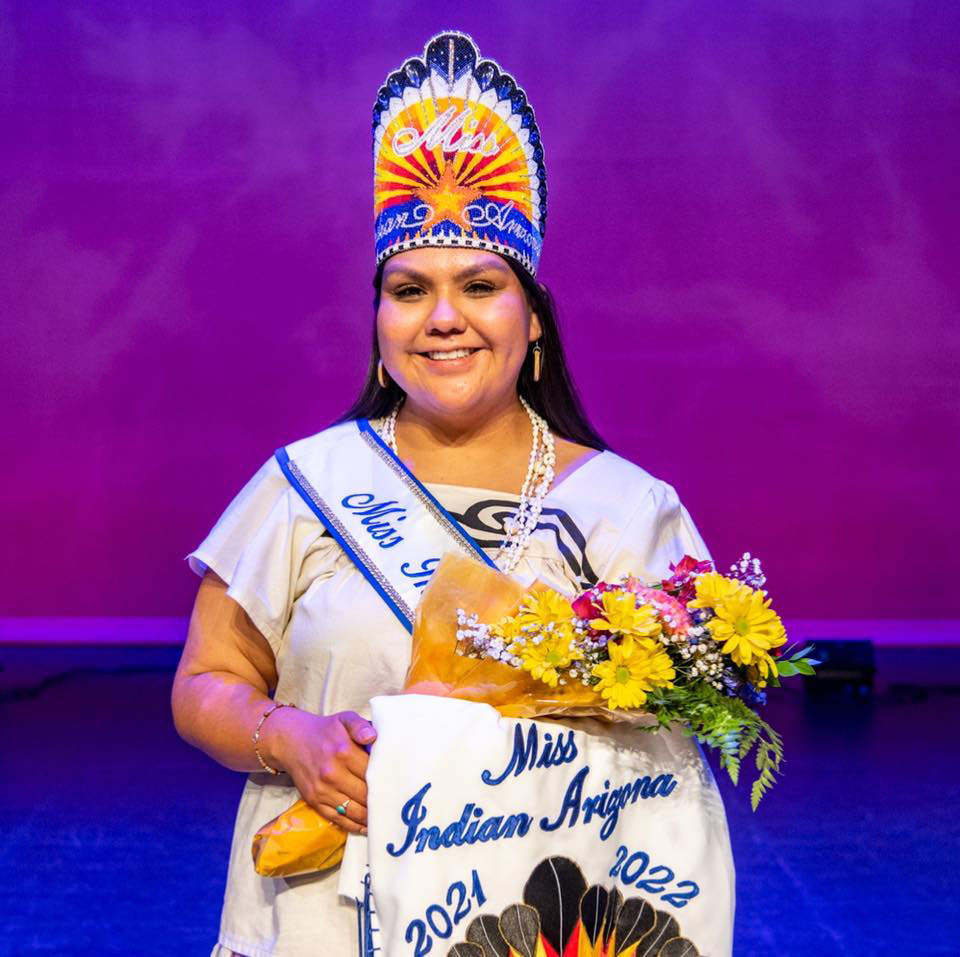 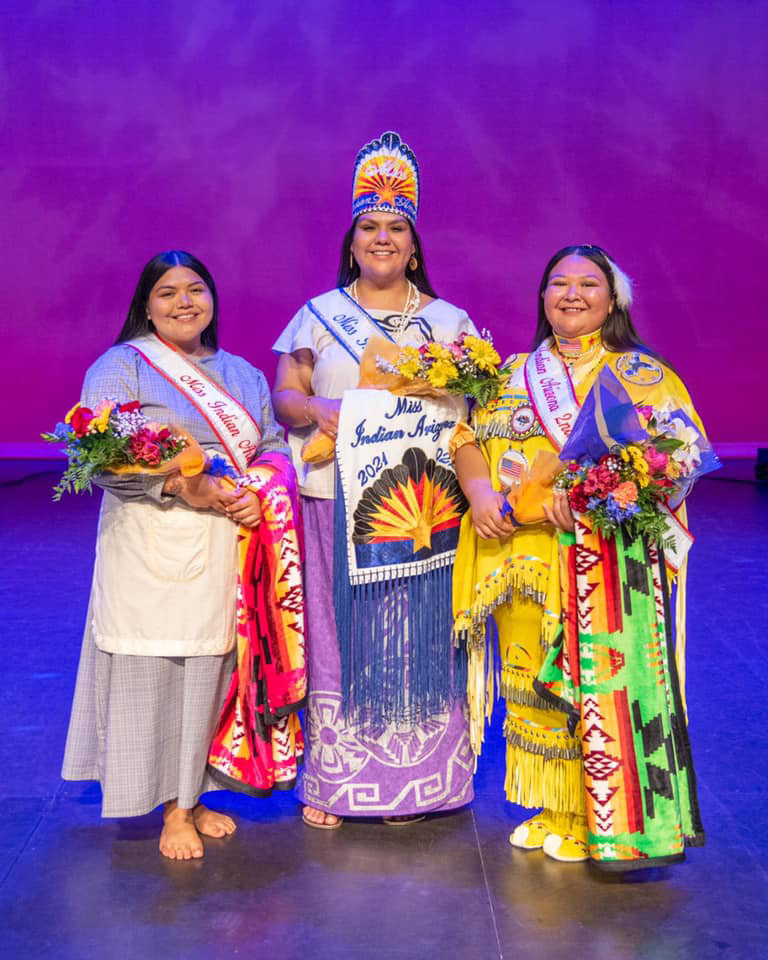