“To my knowledge, this is the first of its kind, I don’t think there’s ever been an all O’otham artist market in Phoenix before, and it makes me proud,” said Zachary Justin.  As a member of Cahokia, Justin had the opportunity to host an event at the new space.

Seizing this opportunity, Justin created this event to elevate artists’ visibility among those attending the recognized First Friday art walk in Phoenix. “I wanted to bring O’otham artists together for an opportunity to sell their work,” said Justin. “There’s a lot of talent out there and sometimes they just need a push to get their name out there.”

And in addition to the artists, alternative rock band One Way Sky, from the Gila River Indian Community, performed a set for everyone’s enjoyment.

“I’m proud to see all our fellow O’otham and Pee Posh artists displaying their beautiful art,” said Gov. Stephen Roe Lewis, who thanked the event organizers and Cahokia for providing the space. “It’s exciting because you have numerous galleries around, but tonight here at First Friday, we have our own O’otham Artist Market. It makes all of us proud.”

“For this [O’odham Artist Market] to happen in Downtown Phoenix, in the Arts District, with Natives coming in and running things is inspiring and empowering,” said Cahokia co-founder Eunique Yazzie.

While Cahokia has yet to hold its official grand opening, it’s already making an impact serving as a space for members to express curated perspectives, retail space, podcast recording studio, rotating events, and much more. The grand opening will take place Monday, Oct 11, or Indigenous Peoples Day.

The event’s success has Justin looking forward to producing new works, more shows, and even a solo showcase in the future.  Keeping Cahokia’s mission in mind, Justin hopes the market and future markets inspire future generations of artists to come.

“Tonight’s not only for these artists and me, but it’s also for the upcoming youth and artists” he said. “Maybe this will be something for them to look up to and look to achieve. 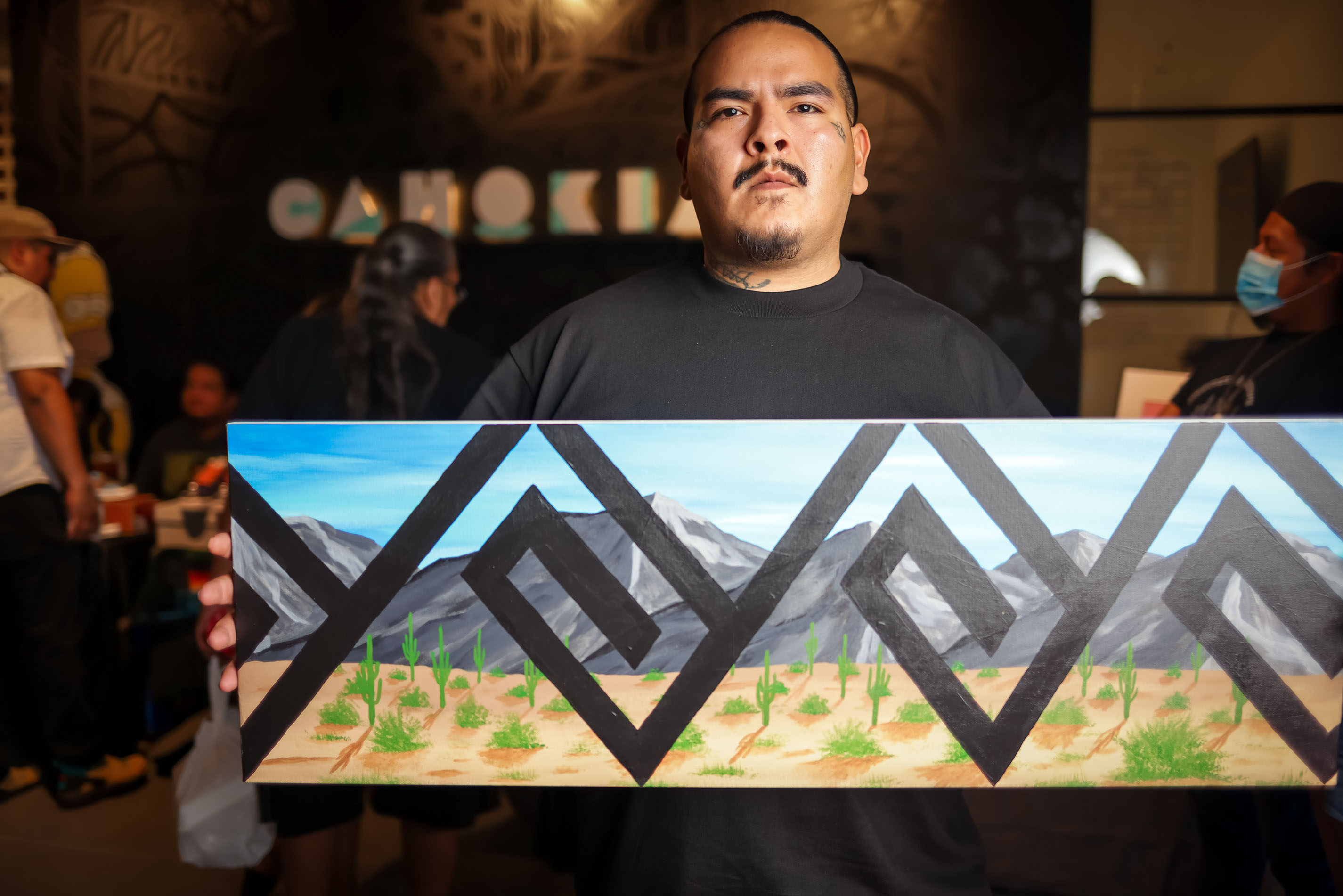 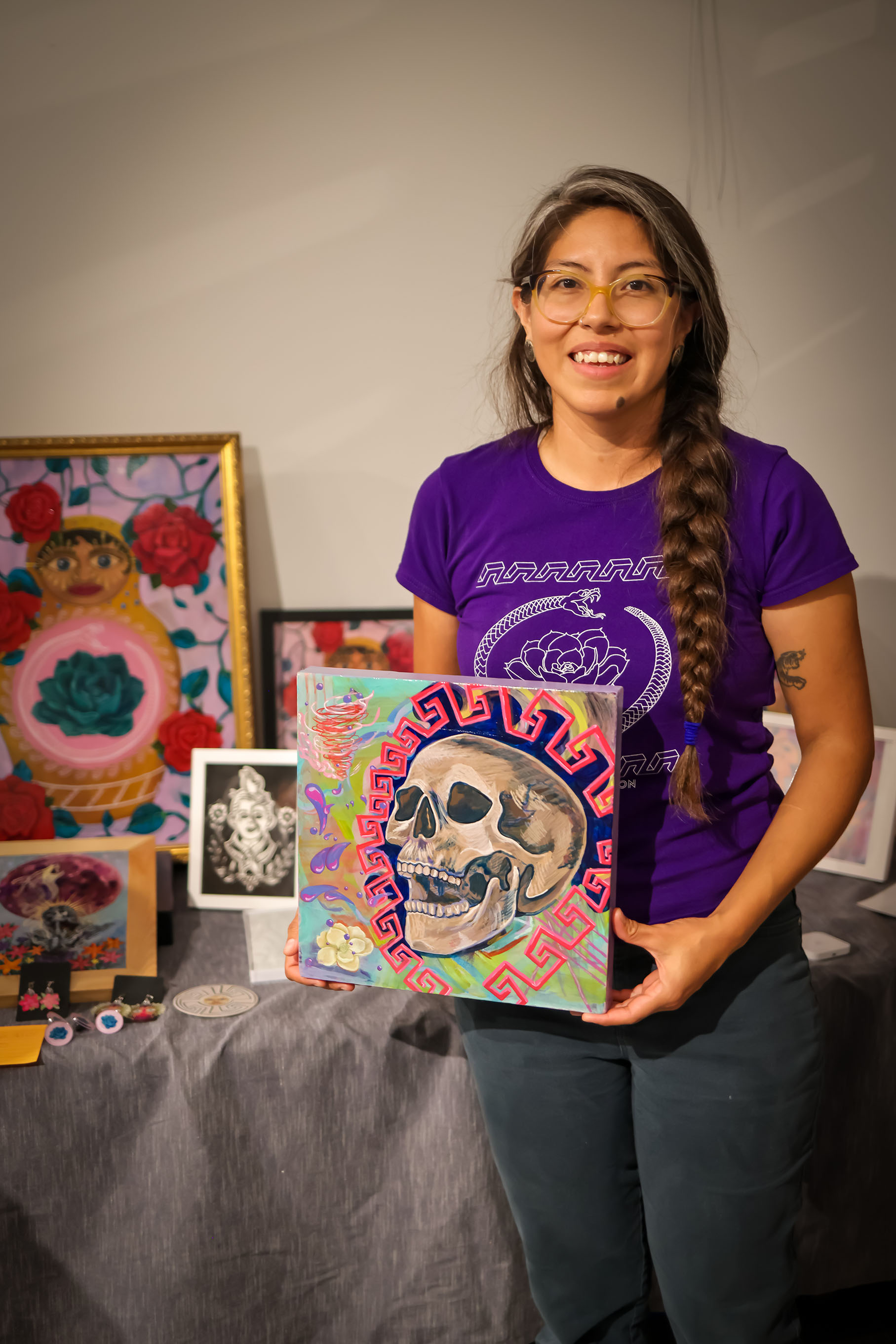 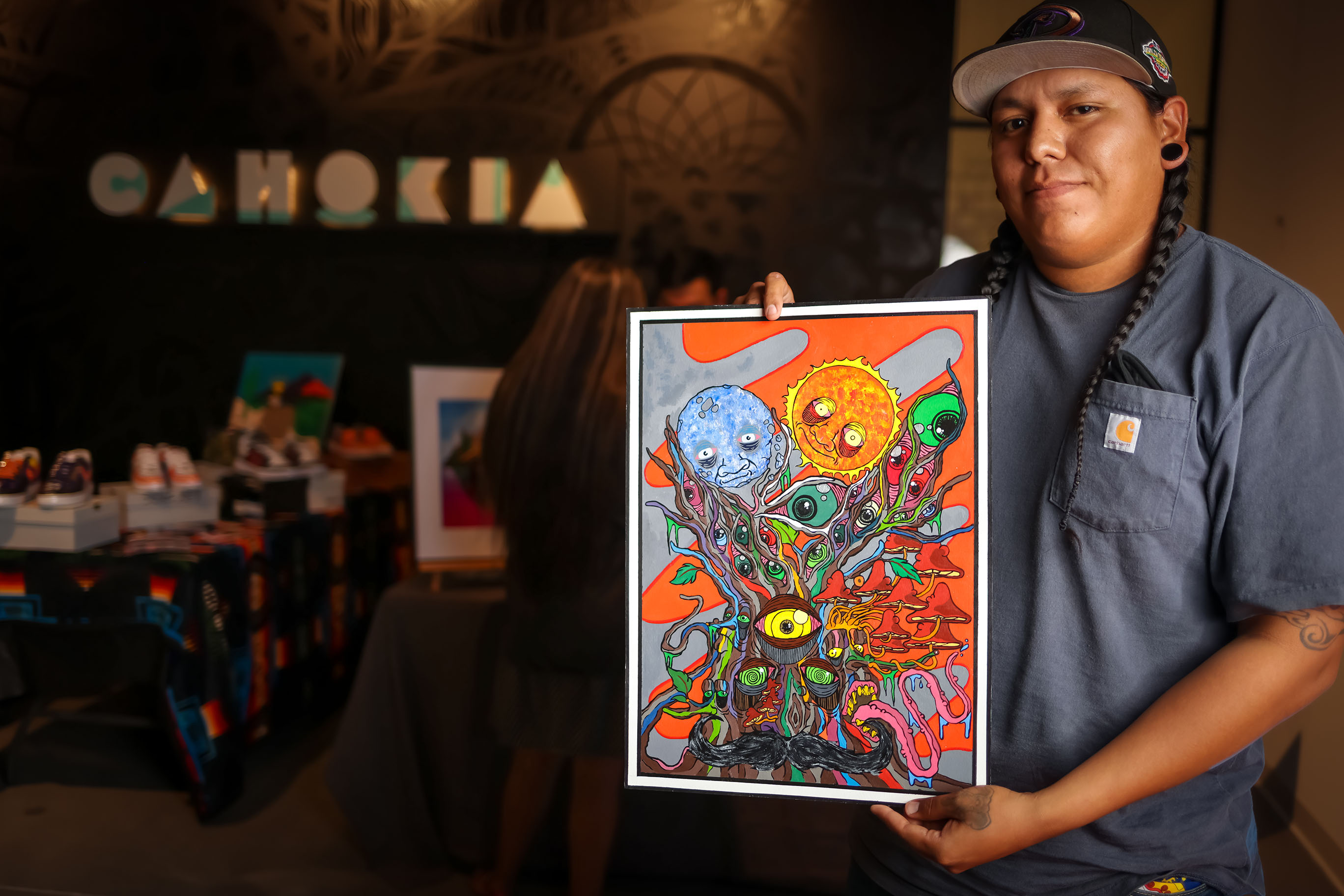 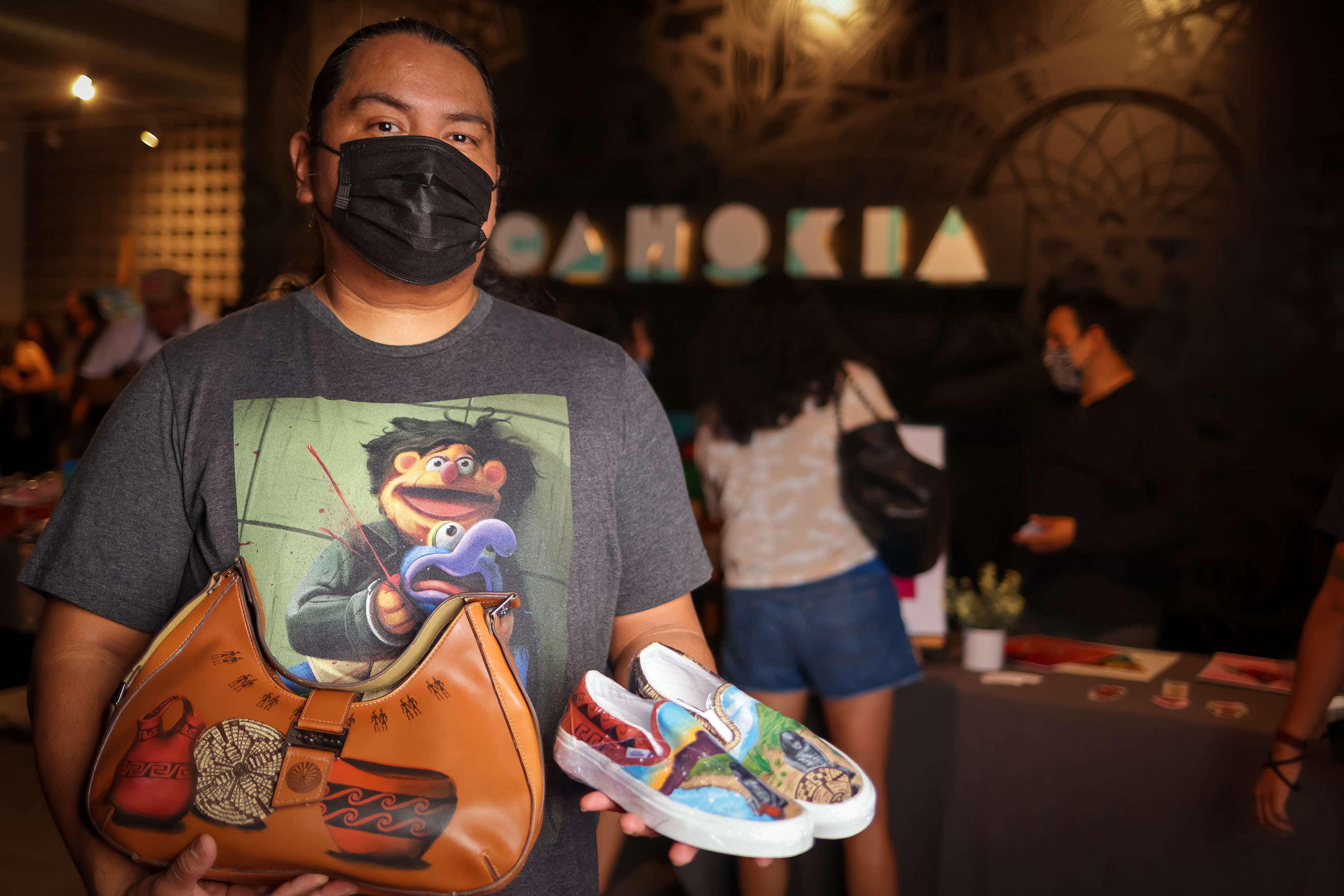 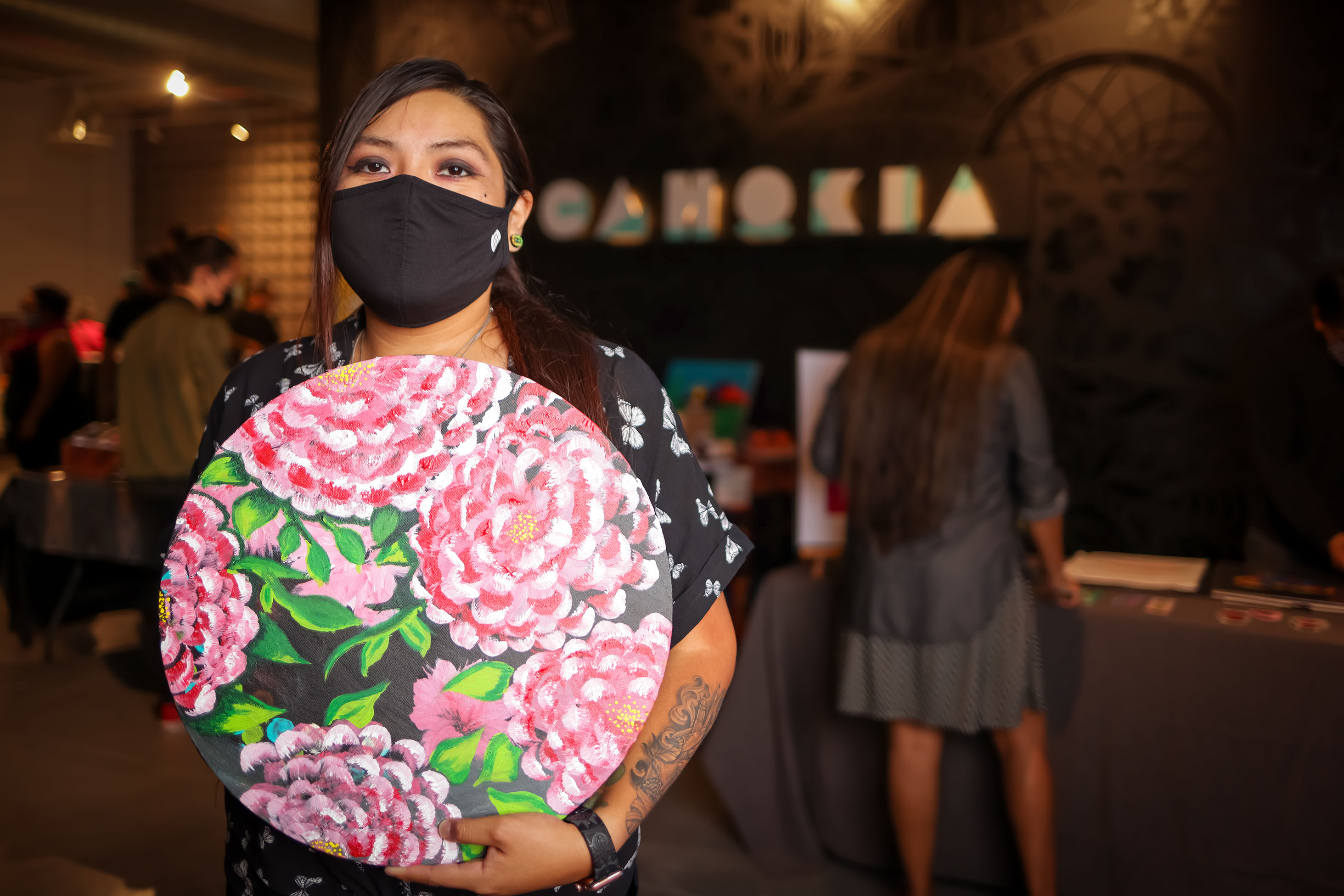