DNC “Build Back Better” Tour Makes a Stop in GRIC

“Today’s stop shows that the Biden/Harris administration wants to partner with tribes as we tackle the critical issues that face us now,” - Gov. Stephen Roe Lewis

The DNC Build Back Better Bus is trekking across the country and making stops in 10 battleground states. Its only stop in Indian Country was here in the Community. The purpose of the tour is to highlight the Biden Administration’s accomplishments and build support for the coming 2022 midterm elections.

“Today’s stop shows that the Biden/Harris administration wants to partner with tribes as we tackle the critical issues that face us now,” said Gov. Lewis. “It’s also an important acknowledgment that tribal nations are part of the solution as we look to move through the pandemic and rebuild our communities.”

“Let me be clear, we the Democrats have been able to deliver for the American people,” said Harrison. “We now have Mobile Vaccination Units … by virtue of the efforts of the Democratic Party in Congress, in the White House delivering the needed resources to Indian Country and all across America.”

Gov. Lewis gave Chair Harrison a tour of the school outlining the history of the former school, the Bureau of Indian Education lease-back program pioneered by the Community, and the technological advancements and cultural aspects embedded throughout Casa Blanca Community School campus.

Closing out the tour, Harrison said, “I had an amazing experience here at Casa Blanca Community School with Gov. Lewis and so many officials from this community to talk about the American Rescue plan and Build Back Better effort, and I look forward to visiting again.” 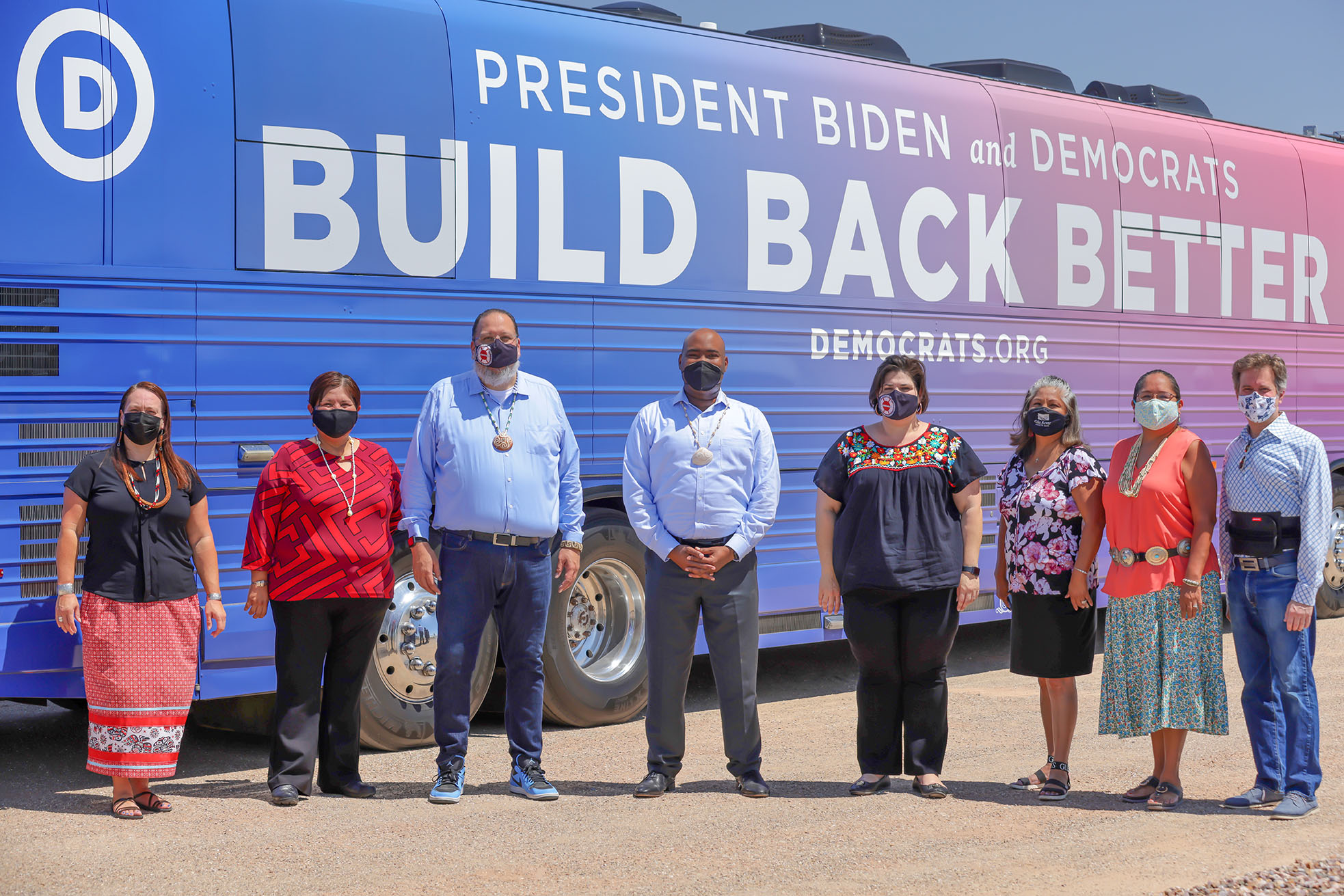 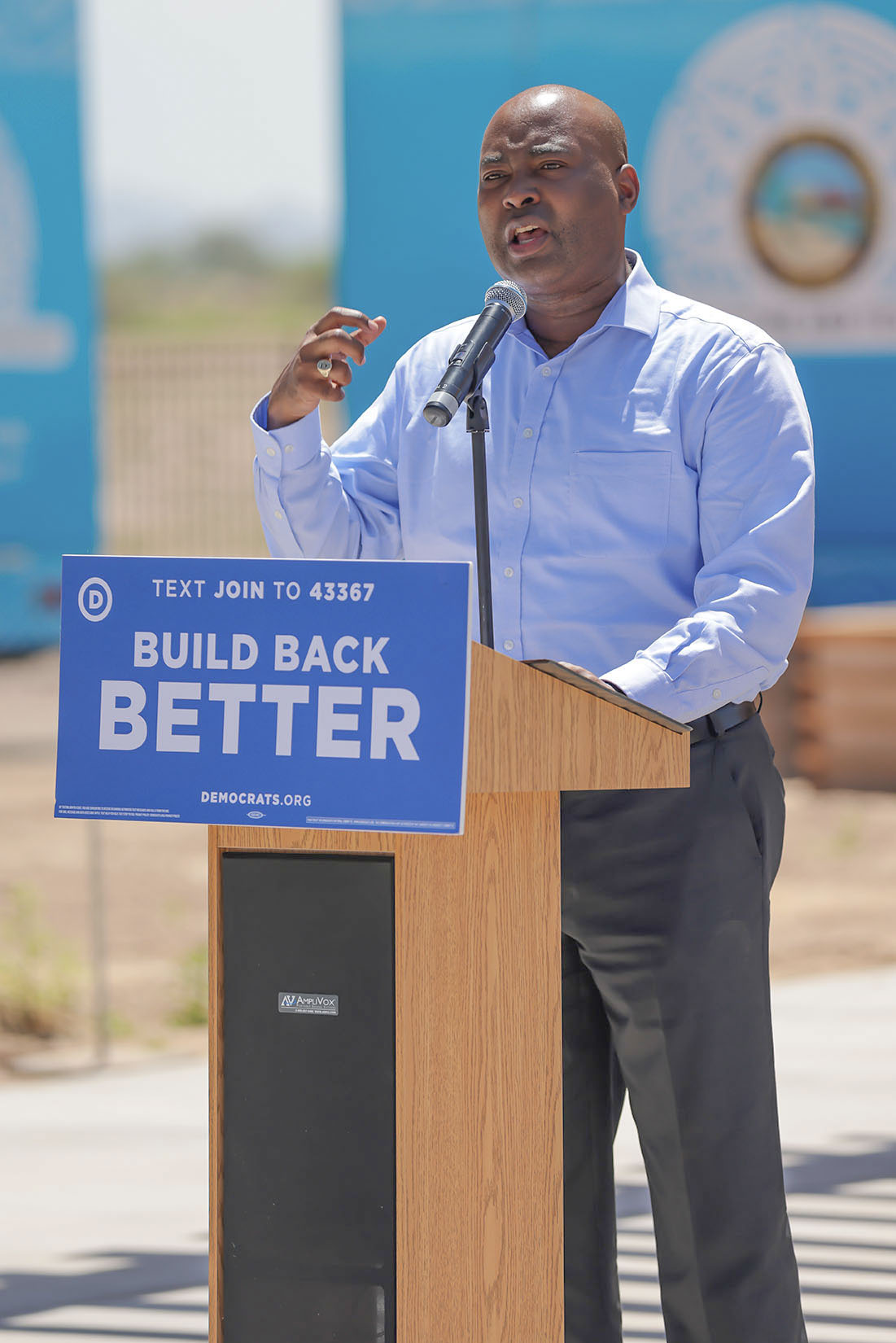