“His objective to move forward and meet the many obstacles he faced is what made him a leading force in the fight for the Community’s water rights.” - John R. Lewis (Brother of Rodney B. Lewis)

The Annual Water Research Review Center conference this year featured a tribute to the decades-long legacy of Rodney B. Lewis, a forerunner in the Gila River Indian Community’s fight for water rights. The University of Arizona hosted this year’s WRRC conference virtually, providing a slew of guest speakers and water experts over three days from Aug. 30 to Sept. 1.

The theme of this year’s event, “Tribal Water Resilience in a Changing Environment,” delved into the state of water practices amid an ongoing drought. The Director for WRRC at U of A, Sharon Megdal, started the conference by acknowledging the land of the Tohono O’odham, the site of both the center and the school, and by acknowledging the many contributors who made the virtual event possible.

“We are happy to be a part of this wonderful gathering of water policy experts, tribal leaders and scientist, all who have a common interest in the preservation and sustainability of water resources,” said Megdal. “The focus of this conference is about building a resilient future. Hence the theme of this year’s WRRC conference on ‘Tribal Resilience in a Changing Environment.’”

Megdal’s remarks were followed by a special presentation honoring the career of Lewis, a Community member and an attorney who specialized in tribal law and water rights.

“We are so honored to have the family of Mr. Lewis to share their experiences about his tireless work to champion for the Gila River Indian Community’s water rights and other tribes,” said Megdal.

John R. Lewis, former Director for the Inter-Tribal Council of Arizona and Rodney Lewis’ brother, spoke about his brother’s upbringing and the cultural influences that drove Lewis to take up the practice of law. He explained that growing up in the Community, in an agricultural setting, there was an understanding of how important water was to the people.

“Rodney had the connections to the land, knowledge of the people and the need for water in the Community,” said. Lewis. “His objective to move forward and meet the many obstacles he faced is what made him a leading force in the fight for the Community’s water rights.”

Lewis spoke about his brother’s habit of looking to the Community’s elders for their advice and how their wisdom bolstered Rodney’s case for the Community’s water rights. He said their guidance and the Lewis’ family’s deep connection to life on the reservation, brought meaning to the Rodney’s effort to obtain access to this most vital of life forces.

John B. Lewis, Rodney’s son, said his father would have been proud of the event. John focused on the mentorship his father impressed upon, with those who were around him within the tribal water rights arena.

“There was an informal mentorship my dad built around those who were involved in the fight for tribal water rights,” said John. He said his father’s foresight into the future of water rights for tribes has left a lasting impact on the next generation of Native attorneys, scientists and others in the push for water rights and preservation.

John said tribal communities should invest in their members, whether it is on attorneys, scientist or other fields of study. He said a similar parallel had been drawn by his father, who the Community placed its support behind to represent the people during the decades-long litigation in the federal courts.

Gov. Stephen Roe Lewis related the theme of the conference – resiliency – to the pandemic that has impacted the Community for more than 18 months. Gov. Lewis, also Rodney’s son, said his father understood the importance of resiliency in protecting the Community’s water rights and how that responsibility is passed on to the next generation of GRIC members.

“This was not an overnight settlement,” said Gov. Lewis. “My father knew the next chapter is ongoing and believed in the idea of ‘eternal vigilance’ as caretakers and stewards of the water.”

She said the water settlement brought resiliency to the Community, after decades of being without water, an absence that had detrimental effects on people young and old. “Our community has been dealing with so much for so many years,” said Katherine, “but with the opening of locations like the Managed Aquifer Research 5 site, you see how resilient the land can be like the people.”

Katherine, who is on the Gila River Healthcare Corporation board of directors, said the MAR 5 site is a place of healing, especially for the clients of the Behavioral Health Department. “This has brought the Community full circle, to incorporate the history of our connection to the water in a very positive way, that speaks to how resilient our people can be,” said Katherine. “When you go out there, you think of your own family history and how this came to be and having a place we can tie back to in our own way.”

To conclude the panel discussion, a poem written by Willardene Lewis, Rodney’s wife, was read by their granddaughter, Sarah Camille Chiago. The poem alluded to Lewis’s strong connection to the river and how he and all Community members share a tie to Keli Akimel, the “Old Man River.”

Megdal announced the creation of the Rodney Blaine Lewis Scholarship Award to honor his lasting legacy. The scholarship will support graduate students from Arizona tribes who are studying in programs on water law, policy or a related field. 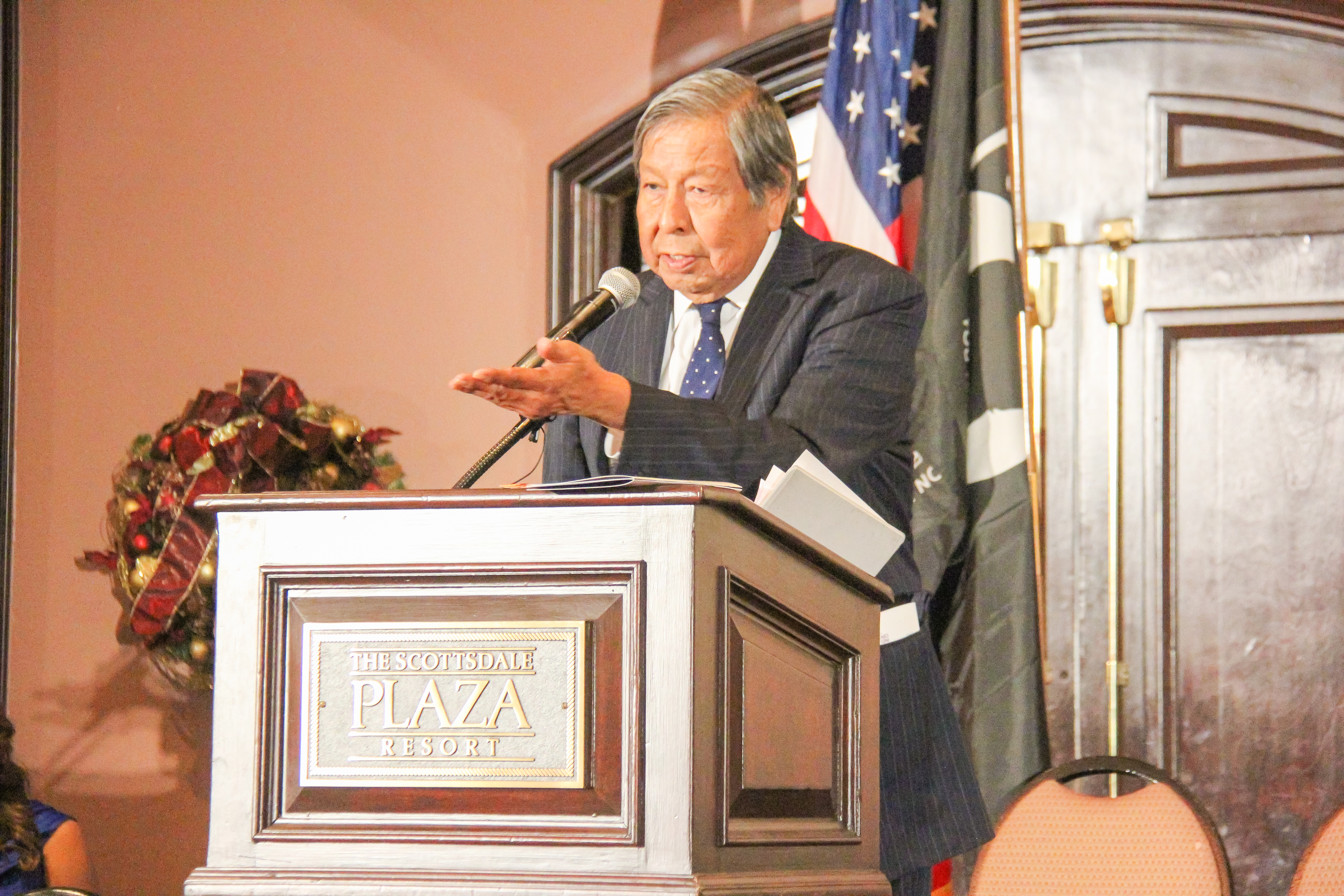 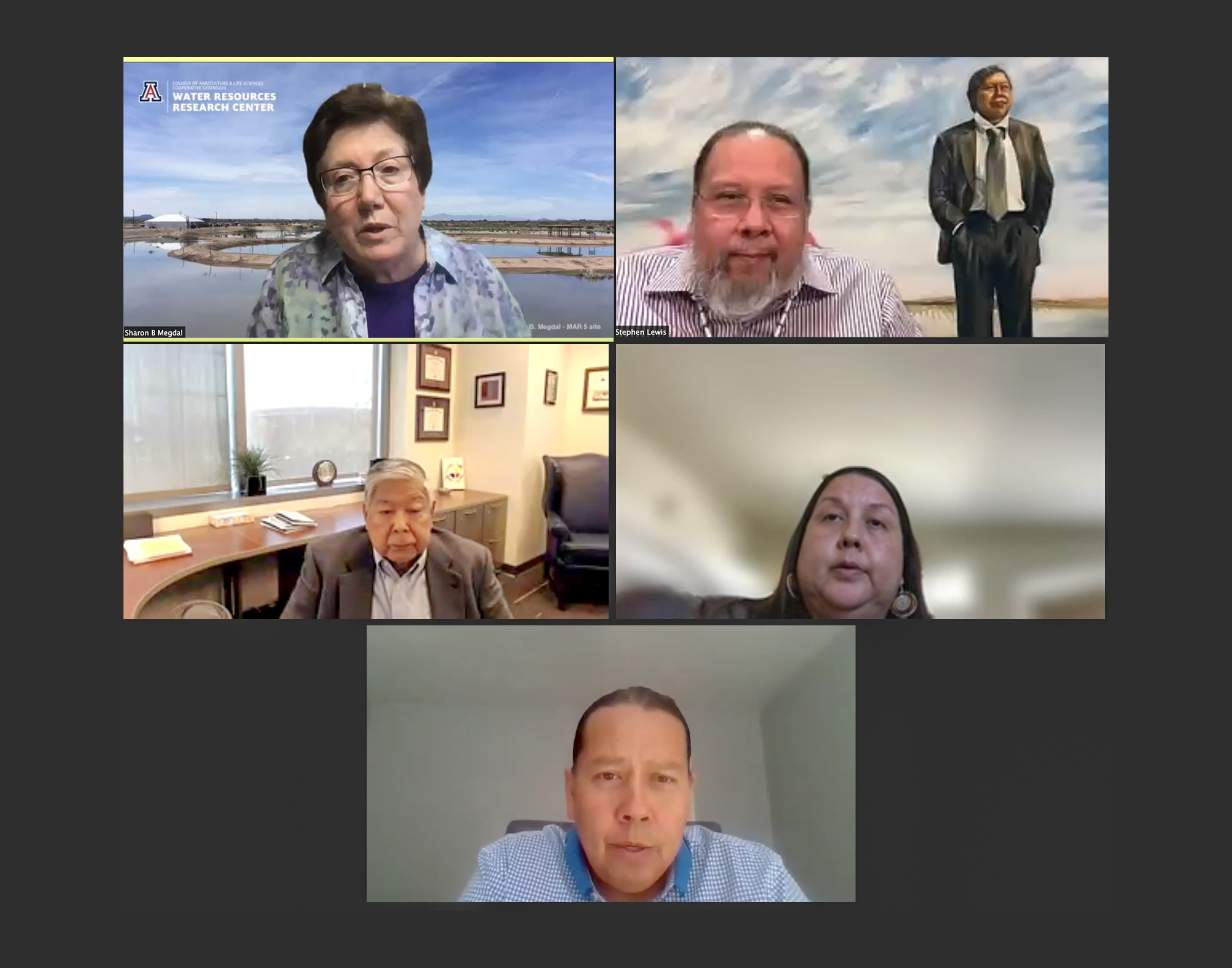