“I’m grateful for this conference,” said Gila River Indian Community Lt. Gov. Monica Antone, who shared welcoming remarks and discussed the importance of agriculture and farming. “That’s the most important way that we’re going to sustain ourselves and help our people advance and make sure that we take care of them,” she said.

SWIAA began in 1987 as a volunteer nonprofit to bring Native Americans together to promote agriculture and agribusiness on tribal lands, provide scholarships in agriculture and natural resources and advocate on behalf of Indian farmers and ranchers for better services from governments.

“A lot of board members are dedicated, so that’s how we’re able to continue this,” said Homer Marks, Sr., (Tohono O’odham Nation) SWIAA board president since 2013. “Our aim is to do educational outreach to all the Native American farmers and ranchers.”

SWIAA has partnered with programs and entities like the University of Arizona, APEX, Natural Resources Conservation Service and Animal and Plant Health Inspection Service (APHIS) to reach out to farmers and ranchers in the state and the Southwest.

SWIAA’s annual conference is usually held in January, and in past years, has been held in Nevada. SWIAA also hosts the annual livestock field days, and in place of last year’s conference, it hosted webinars to keep ranchers and farmers informed and up-to-date.

“We try to get the different programs to help them out and do as much as we can to assist and also educate them on new technology for ranching and farming,” said Marks, who joined SWIAA in 1991.

After Marks’ son Mario’s passing, in 2002,  SWIAA board members began the Mario K. Marks memorial traveling scholarship, offered to middle school and high school students or groups to increase the knowledge and importance of agriculture and natural resources and highlight exceptional students and programs within Indian country.

SWIAA also honors the late Rev. Dr. Roe B. Lewis with a memorial scholarship that began in 1995 for college undergraduate or graduate students as part of its mission to encourage tribal youth to pursue university agricultural programs.

“For over 50 years, my grandfather served as a teacher [and] Presbyterian minister serving his own people and throughout the Southwest ministry to the different tribal communities,” said Gila River Indian Community Gov. Stephen Roe Lewis during the scholarships award banquet on March 23.

“He always taught and preached in his O’odham ñeok [language], and in his later years, he worked tirelessly to help all Native students attain vocational training and higher education. Education was very important to him,” said Gov. Lewis, who also provided a monetary donation to the scholarship on behalf of the Lewis family.

This year’s recipients of the Dr. Roe B. Lewis memorial scholarship included GRIC member Jasmine Quiroz, District 1, who is attending the University of Arizona.

During the conference’s awards banquet, SWIAA board members Davis and Sunna and her late husband, Gerald Sunna, were recognized for their work and dedication over the years.

“The late Gerald Sunna was very active, helping us along with funding to have the annual conference and livestock field day,” said Marks. “I really commend him.” 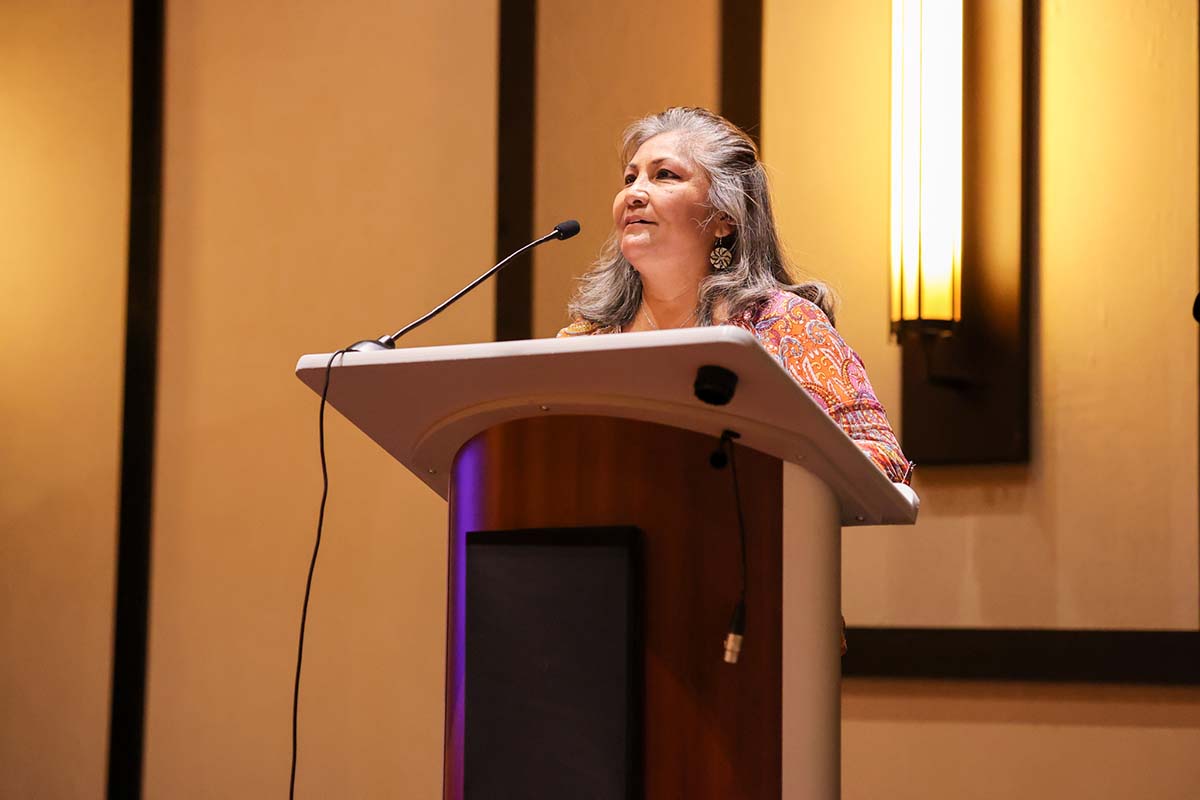 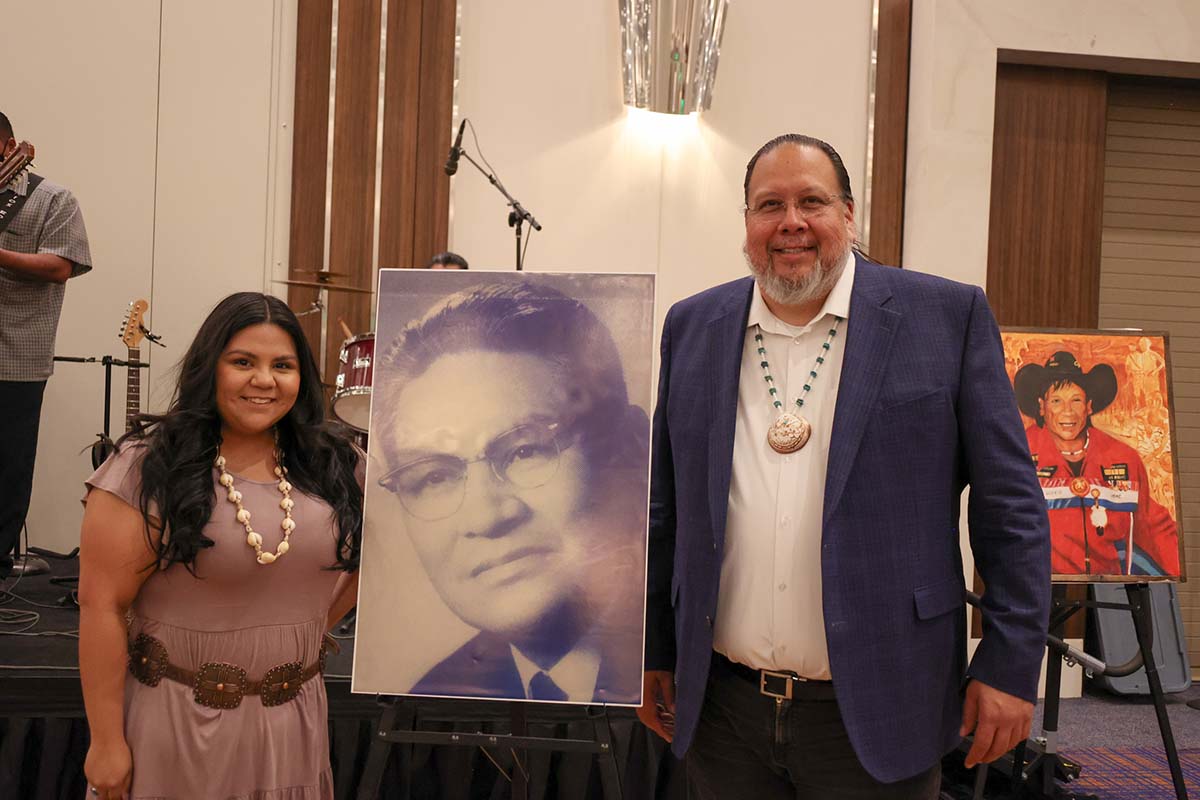 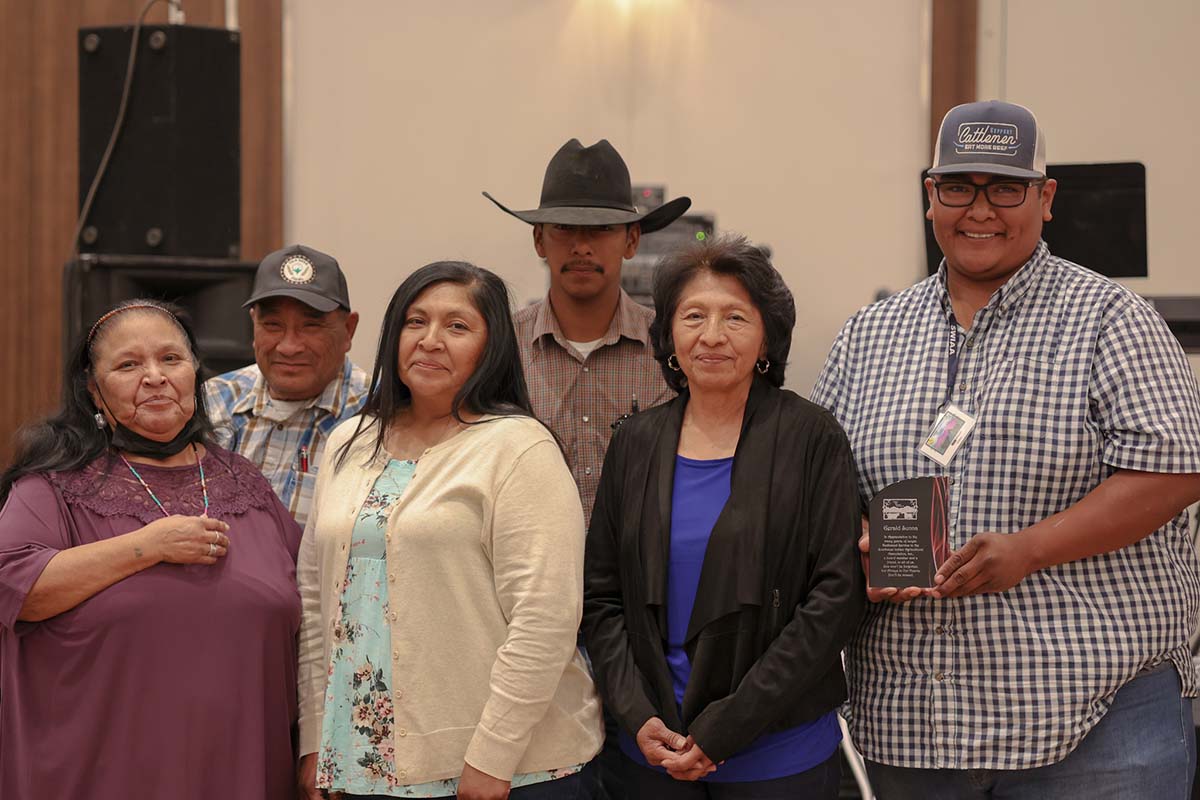