“Remember now, when you’re out enjoying a hike on South Mountain or jogging near the Salt River, this is where we’ve always been since the creation of our people,” said Anthony Gray, program manager for TED’s Culture and Language program. “Phoenix, as we know, can be harsh to live in—especially in the summer—but what made it so hospitable was the water from the Gila and Salt Rivers.”

Gray noted that Phoenix’s earliest pioneer, Jack Swilling, was the first to use the existing canals for agriculture and development. The ancient channels served as arteries from the Gila and Salt Rivers, and their construction used ancient engineering to carry the water over hundreds of miles.

“Archaeologists observed that for every mile, the canal path dropped one foot,” Gray said. “This method ensured the Huhugam could guide the water using gravity to keep a steady stream.” Along the rivers and canals, particular plants were also harvested, allowing many cultural practices to continue.

As part of the lecture, Gray and Carolyn Escalante, also from the Culture and Language program, discussed the numerous place names for the waterways and mountains around Arizona and their origins, which are rooted in the O’otham language.

The Keli Akimel (Gila River), translated as “Old Man River,” was one example. They suggested this name might refer to the slow flow of the river water when it ran continuously in the past.

Another example was the origin of the name Tucson, which came from the O’otham language.  It is loosely translated from the O’otham term “Cuk Son,” or “Black Base,” which refers to the dark base seen in many hills and mountains throughout the Tucson region.

At the conclusion, Danya Hinton (White Mountain Apache Tribe), AISSS Student Success and Retention Coordinator, applauded Gray and his speakers for the month.  She is excited about the future lecture series and said it was an “honor” to have such support from GRIC and TED’s Culture and Language program. 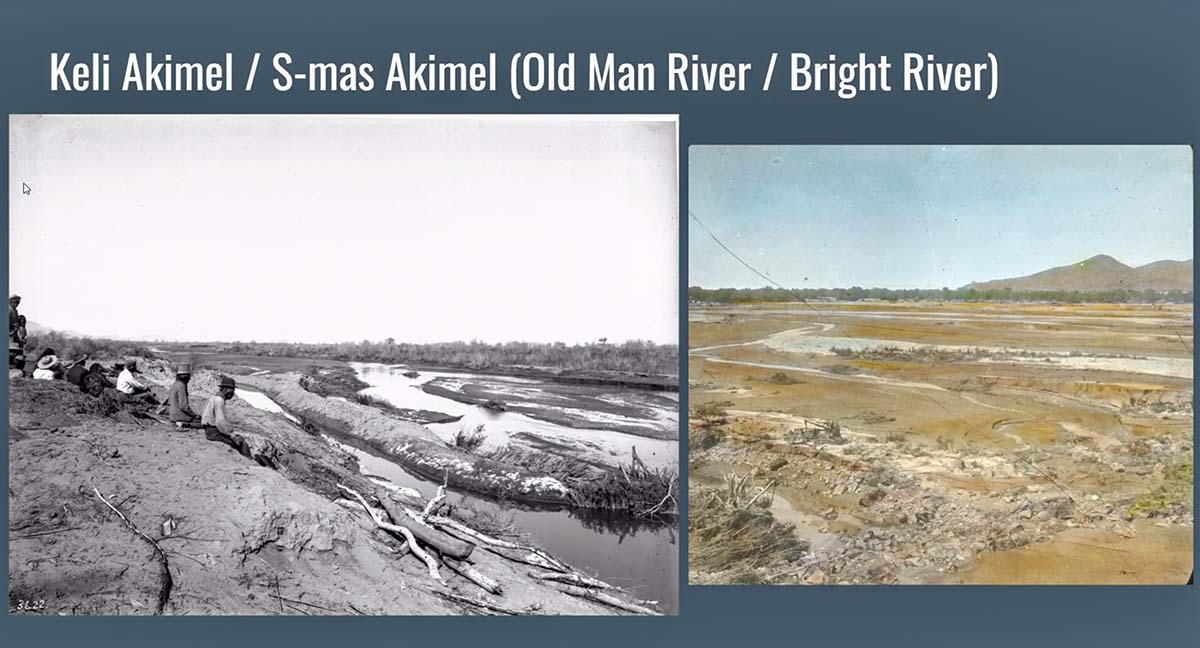