Members of the National Congress of American Indians (NCAI) toured the state-of-the-art Casa Blanca Community School (CBCS) on March 18 to learn how it can serve as a template for other tribal nations.

CBCS Assistant Principal Dr. Raetava Godinez led the NCAI visitors throughout the campus, explaining how the school is transforming the way students learn. Godinez said input from the Community was incorporated into the layout of the classrooms during the planning phase.

She also pointed out that Gila River Indian Community artists helped represent the culture on the outside walkways and throughout the campus with a focus on themes of farming and traditional languages of the Community.

Godinez also noted that the creature comforts of the classrooms, student and faculty commons, and outdoor play areas are eco-friendly. And instead of chalk or marker boards, many of the classrooms incorporate interactive boards for lessons.

CBCS Principal Kim Franklin said it was amazing to work with a wide group of people, including parents and staff, to get their input. “Every child is a part of the Community,” she said. “They are a part of the school here, and so we all need to work together when it comes to their education.”

Franklin said the school worked with the parents to develop an accessible and inclusive environment for those with or without disabilities. “That is really important to us,” she stated. “They are all …our children and we want them to succeed in their education.” She added it’s powerful to have a place that represents them, their parents and grandparents. “They are surrounded by that the moment they get on the bus and off of the bus,” she said.

GRIC Gov. Stephen Roe Lewis also helped lead the tour, and remarked, “The NCAI leadership represents tribes from the West to the East Coast. It is really significant for them to take notice of how the Community projects such as Casa Blanca Community School and Gila Crossing Community School, how we build these world-class facilities through an innovative approach.”

Gov. Lewis noted the build-back lease program is an example of how the Community is holding the federal government accountable to their responsibility to tribes. “This is a success story for other tribal nations to see firsthand how these lease programs can benefit them in ‘nation building,’” he said, adding,“You have seen just exactly what it means when a Community wants a school built the way it feels best teaches its children.”

Gov. Lewis explained the 105(l) leases used to construct CBCS are funding agreements between a tribal community and federal government. These leases can be a more lucrative option for tribes that need a jump start on building their infrastructure while keeping costs to the community down. Additionally, oversight of the new facility throughout the planning, construction and operation remain under tribal ownership.

Fawn Sharp, NCAI President, said the knowledge and wisdom reflected in this school is timeless and provides a better education than students could achieve anywhere. “We plan on taking this and providing a venue and opportunity to share all across Indian Country for other tribes to follow,” she said. 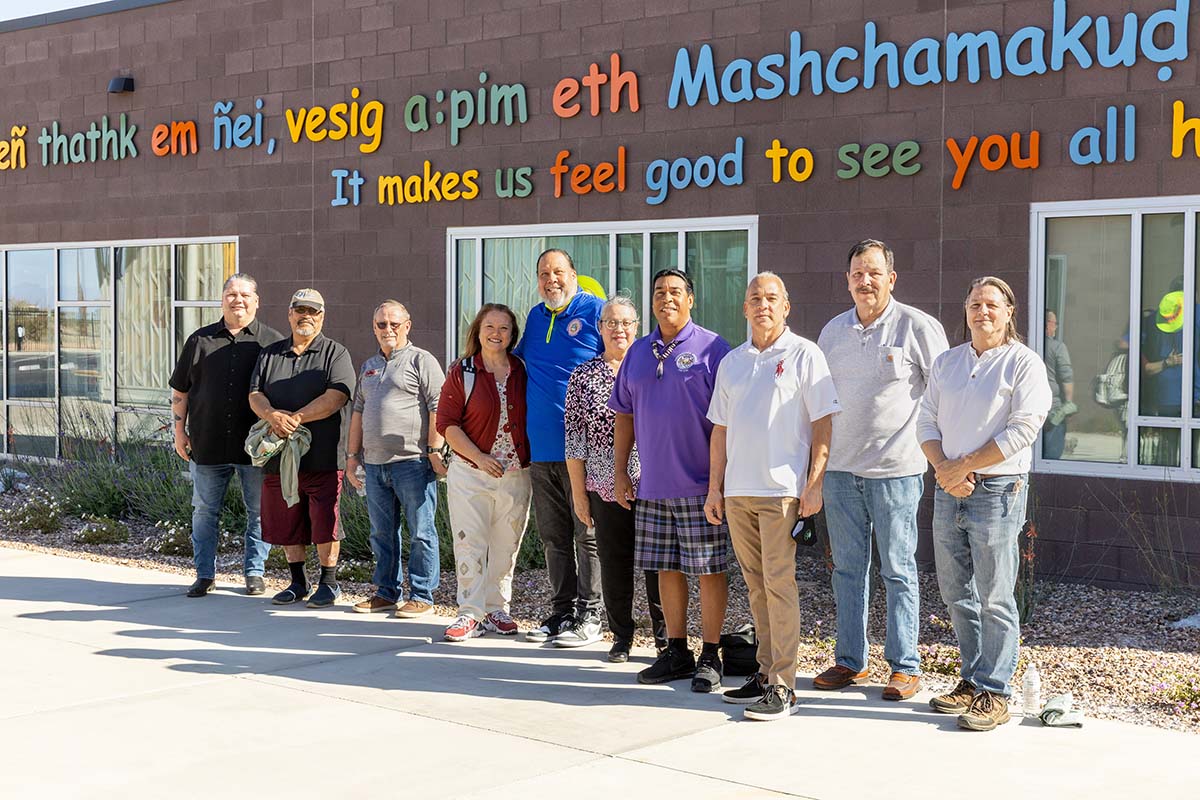 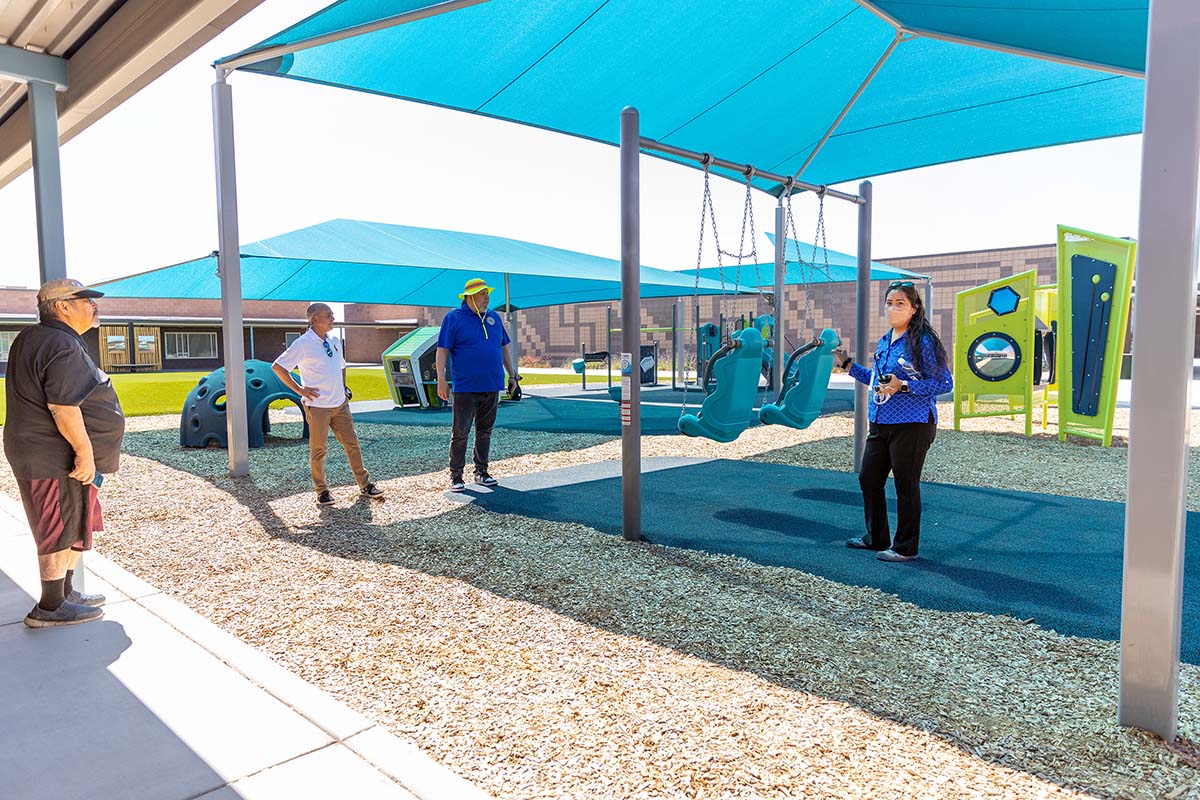 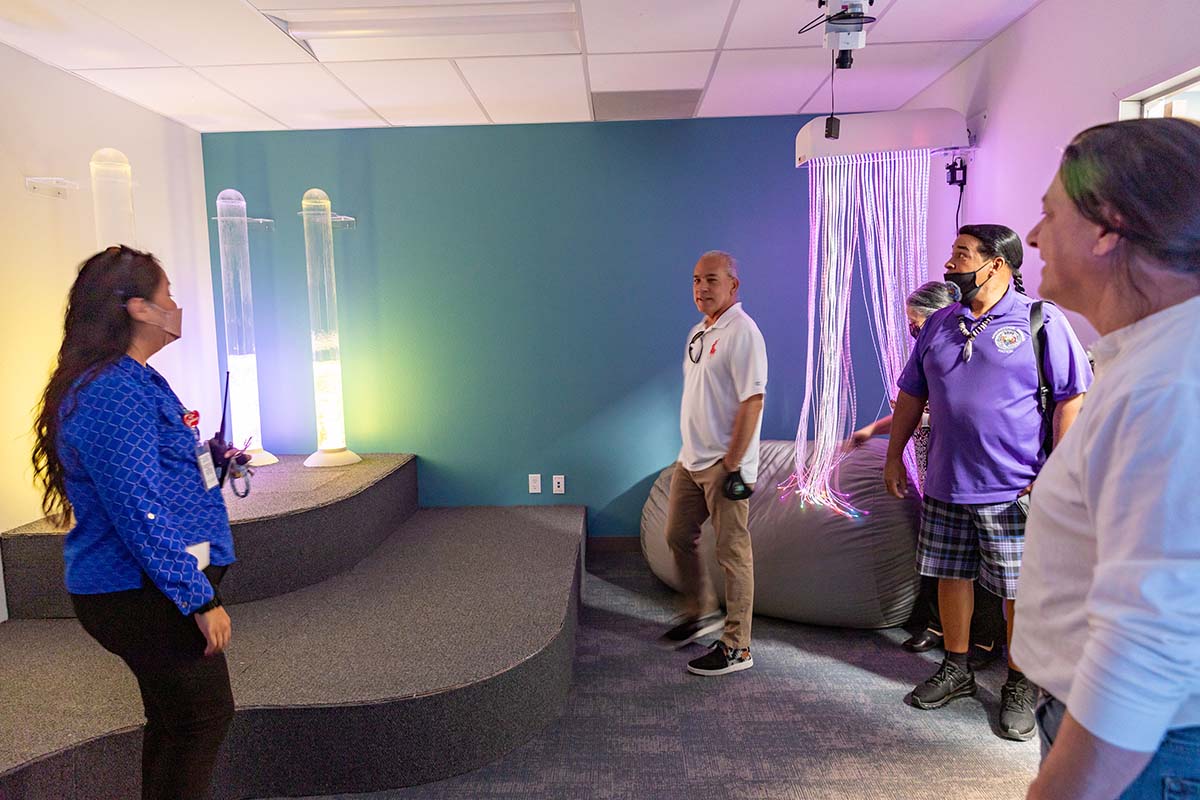