In January, the Gila River Indian Community began tearing down the vacant Arts & Crafts Center, located just off the I-10 and Casa Blanca Road in District 5, to make way for new development.

The former Arts & Crafts Center housed a museum, gift shop and a restaurant that offered traditional dishes, a first for the Gila River Indian Community before its closure in 2007.

“Arts & Crafts was a place to conversate but also have a meal that you can enjoy and get the culture of it, where it’s from and how it’s made,” said Franklin Pablo Sr., former council representative for District 5.  When the Arts & Crafts Center was built, he was about nine-years-old.

Pablo shared that during his time as a council representative, it became an issue among the elders in the Community who enjoyed time at the center.

“They can only go so many places, so for the elders, that was a place for them to go and enjoy the food but also to see relatives.” He said, “It was the center place for everything.”

ProFab Construction LLC completed the demolition and clean-up phases of the historic structure built in 1970.

The Department of Environmental Quality (DEQ) Fuels and Restoration crew and District 5 residents, assisted in the clean-up.  They provided controlled burns of the remaining wood from an “Olas Ki” (traditional O’otham home) recovered at the site.

“When O’otham move on, it’s proper to burn the remaining structures,” said Robert Johnson, Huhugam Heritage Center.  He has experience with structure and wildland fire training and assisted with cultural and traditional oversight.

“It’s kind of sad that it’s going because it’s been here since I can remember,” said Eugene Peters Jr., Habitat Specialist, DEQ Fuels and Restoration Crew.  He grew up in District 5, and his family lives across from the Arts & Crafts center.

The demolishment and clearing process involved the Cultural Resource Management Program (CRMP) to expand the area for future development.

Wesley Miles, District 6, Field Supervisor for CRMP.  He has worked in the field for the past twenty years.

Miles and his crew were on-site at the Arts & Crafts Center “testing” for the future development area.

“When we do surveys, we only walk on the ground surface, and we identify artifacts,” Miles explained.  Additional testing may be necessary to determine if there are any additional subsurface features if enough artifacts are present.

Testing includes trenching sections of the area for findings of any cultural resources, archaeological features, and artifacts.  According to Miles, anything from pre-historic and historic houses, burial grounds and pits, and water canals are typical findings they may identify.

“So far, we’ve identified one buried canal and one possible structure, and that’s not a lot,” he said. When sites don’t have a lot of archaeological material or cultural resources present, a recommendation is usually made for a project to proceed.

Brenda Kyyitan, District 5 resident and former school teacher of 38 years, recalls many gatherings at the old arts and crafts center, including a Scholastic book giveaway for school students.

“People came from other states just to be part of the gatherings there.  “I’m hoping that the future will be brighter for Arts & Crafts [Center] and the district here,” said Kyyitan. 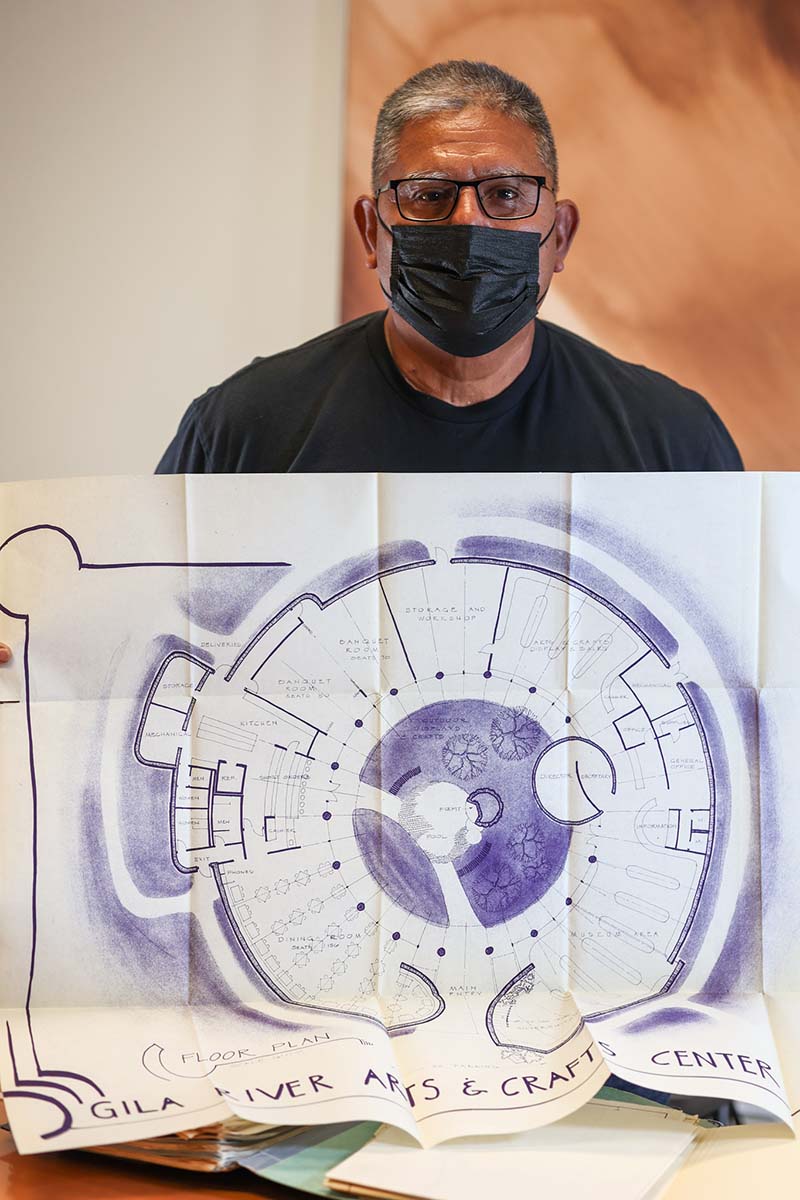 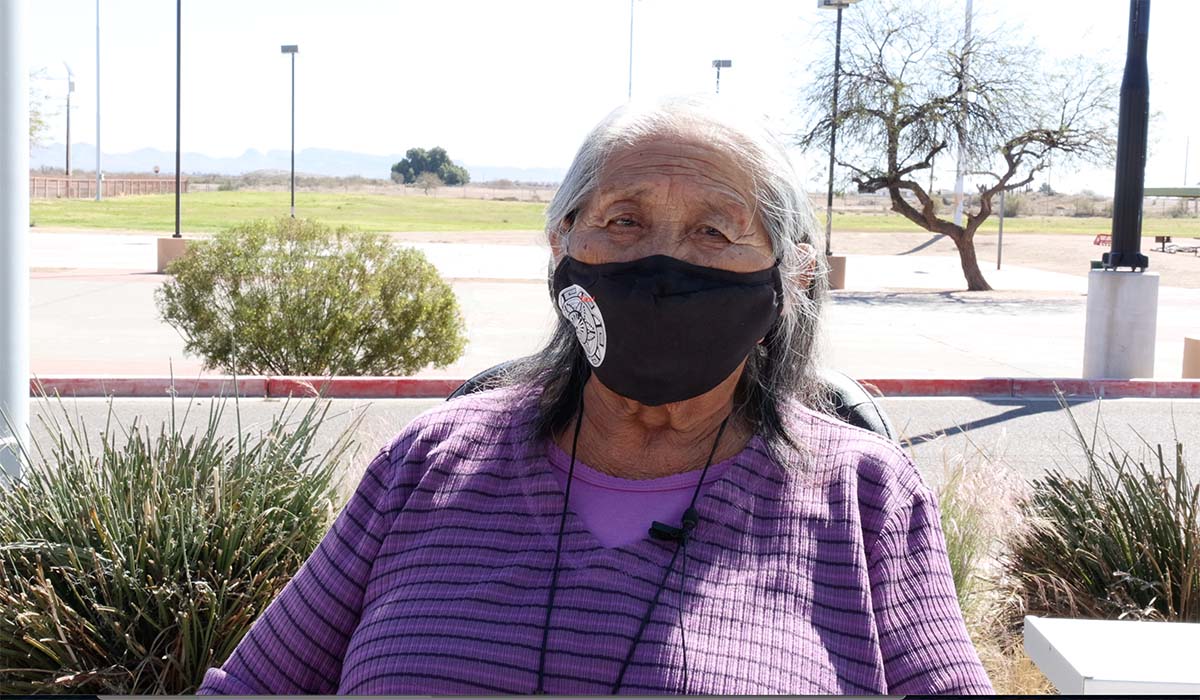 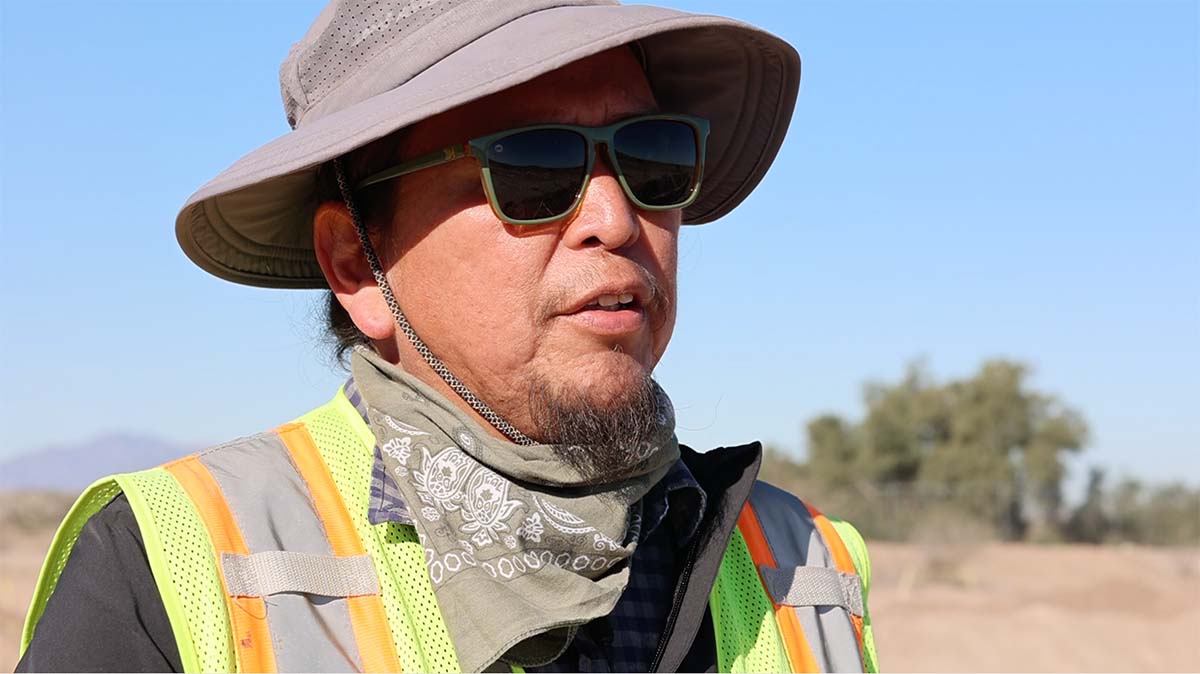