“I was amazed at the amount of competition there was and honored to even make it to the HOSA State Competition,” Jackson said. “It was an amazing experience to grow and learn as an aspiring medical assistant.”

Held at the Westin La Paloma Resort in Tucson, Ariz., the HOSA State Leadership Conference brought together over 1,500 HOSA students from across the state. It allowed students to use the skills learned through career and technical education courses and apply them in a competitive program.

Jackson will graduate from Hamilton High School next month and also attends the East Valley Institute of Technology (EVIT) in the Medical Assistant Program, where she got involved with HOSA.

She says her EVIT teacher was adamant that she should test for competitions, which was entirely new for Jackson.“I wasn’t very sure if I wanted to do any of the tests, but the confidence my teacher had in me made me gain interest,” she said.

Jackson tested for the HOSA Bowl (team competition),Medical Assisting, and Cultural Diversity & Disparities in Healthcare before the conference. She was ranked 19th in the state for testing, which allowed her to attend the HOSA State Leadership Conference.

“Entering the testing room was intimidating, but I studied and tried my best,” she said.

Jackson competed in the Cultural Diversity and Disparities in Healthcare competition, which provides members the opportunity to gain knowledge and skills regarding cultural competence in the promotion of better health. The category consists of 100 multiple choice questions.

“I, unfortunately, did not place in the top five. Those are the only places they announced and recognized,” said Jackson.

Aside from that, she got to attend workshops and served as a voting delegate for the 2022-23 Arizona HOSA Executive Board.

In addition to graduating next month, Jackson will take her certification test to become a clinical medical assistant. In the fall, she will attend the University of Hawaii at Manoa’s pre-nursing program. 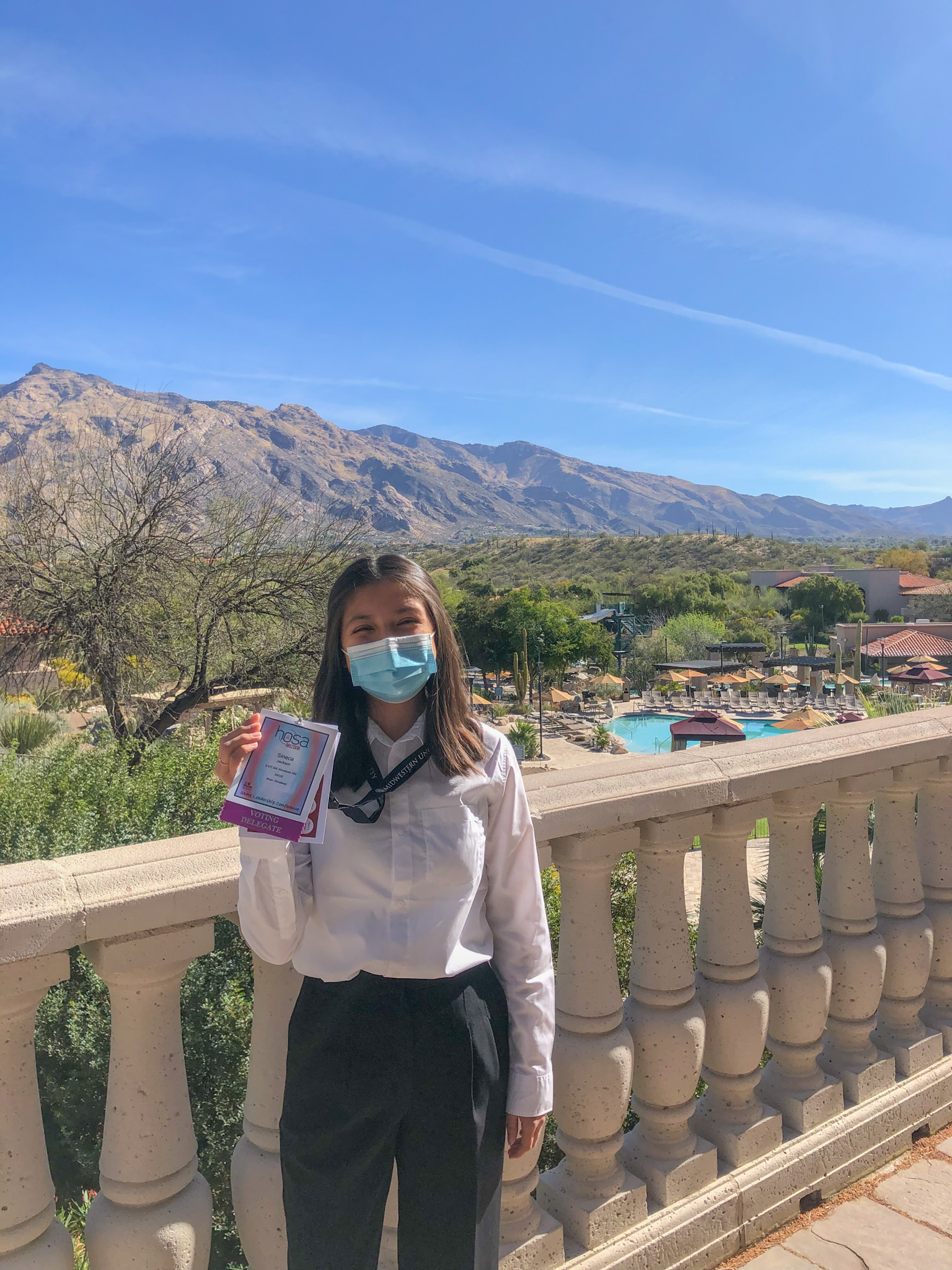