“It is glad that we are able to get back together again,” said Eric White, VFSO Coordinator. “This is the firstevent we have hosted to commemorate the service of Vietnam War veterans since the office was established in 2019.”

White said the gathering also honored those soldiers whose names are etched in black granite at the Vietnam Veterans Memorial in Washington D.C., and who paid the heaviest costs of the war with their lives.

“We understand the different feelings associated with what you have gone through as Vietnam veterans, not receiving the welcome home you respectfully deserve,” said Gov. Stephen Roe Lewis. “I want to say ‘Welcome home,’ because you were not given the respect when you first came back from the war.”

The Vietnam veterans gathering had been much anticipated, said Gov. Lewis, but due to the COVID-19 pandemic, the event had to be postponed until it was safe for everyone to meet in one place.

“I think being that we have gone through a pandemic, that really tested who [we] are as a Community,” said Gov. Lewis, who also spoke of those who made the ultimate sacrifice.

“I look at the POW/MIA (Prisoner of War/Missing in Action) flag, which gained a lot of significance during the Vietnam War, because some of your brothers and sisters who didn’t come back – even now we do not forget them.”

Lt. Gov. Monica Antone called the pandemic a “trying time” for the Community. She, too, paid tribute to the service of those called to Vietnam. “Without those gathered and their fellow soldiers,” said Lt. Gov. Antone, “and your service to our country, for our families and all the way to our own family members, we would not feel as secure.”

Lt. Gov. Antone recalled seeing Walter Cronkite’s news reports on the Vietnam War and her own thoughts about family members and members of the Community who served in the war.

“For me as a young woman trying to understand what was happening with our servicemen going over from our Community, including my uncles who came back, they weren’t quite the same,” she said.

Lt. Gov. Antone also spoke of Community veteran, Martin Porter, who described harrowing events as a soldier in the Vietnam War and how life back home was a tough adjustment.

“Just hearing what you have to do to survive just for our freedom, that speaks a lot to the    sacrifices,” added Lt. Gov. Antone. “It is just good to see you and meet and honor you for your service,”

For some of the Vietnam veterans in attendance, returning home felt almost like a miracle. “I got put in for three other purple hearts, but I turned them down, because I didn’t think they were that great of a wound,” said David Molina from District 1.

Molina was an U.S. Army Aviation Helicopter Crew Chief during the Vietnam War.

“I went into the service in ‘69 and in January of ‘70 I ended up in Vietnam. I put in for another tour in June 17, 1971,” said Molina.“I got sent home from my second tour after being wounded in combat. I almost didn’t make it...a round (bullet from enemy fire) came up through my wrist and it severed the artery and nerve.”

Molina remembered how his surgeon came to speak with him post-surgery, saying that if it were not for the swift actions of his fellow soldiers, he wouldn’t have made it, due to severe blood loss.

“I am grateful I made it and for the people that got me out of there,” said Molina, who also recalled turning down the possibility of additional Purple Hearts for additional wounds.

Molina recalled how he and other Vietnam War veterans suffering from Post-Traumatic Stress Disorder have visited the Washington memorial dedicated to the over 58,000 American service members killed during the course of the war in Southeast Asia.

“To see my cousin and uncle on that wall meant a lot to me, because nobody gave them thanks or anything for giving the ultimate sacrifice for their country,” said Molina. “So, when [we] have a little gathering like this and being recognized – it’s a big thing for us, a privilege.  But just think of those who didn’t come home.”

Ernie Bread from District 7, a member of the Pee Posh Veterans Association, expressed his thanks to the VFSO for putting on the event. Bread was drafted into the U.S. Army in 1969 and was sent to Vietnam shortly after. An infantry member, he received a Purple Heart for injuries inflicted by an enemy boobytrap.

“It’s nice that we have an office that thinks about us and I appreciate VFSO for doing this,” said Bread. “There are a lot others that were in the Vietnam War and they made sacrifices along with others who paid the ultimate sacrifice.” 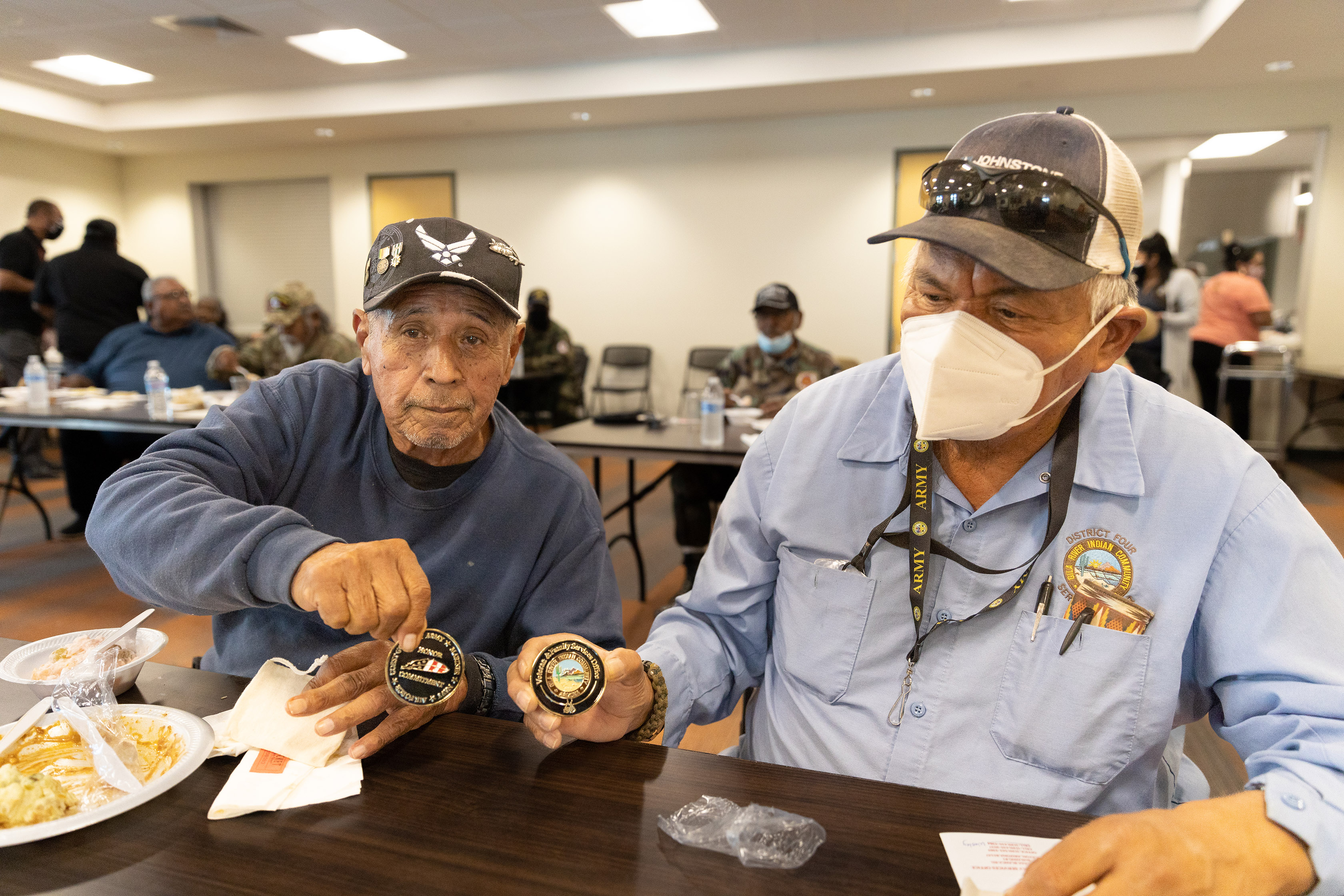