The conference fosters opportunities for youth to engage with each other and promotes leadership development. It also attracts numerous prominent figures from throughout Indian country and hosts diverse activities, workshops and programming.

UNITY featured the AOPPYC during the “Parade of Nations” and shared several O’otham songs and dances during the Cultural Night festivities that week.

For many, this was the first time attending UNITY since becoming AOPPYC members, because the conference was virtual or attendance was limited the previous two years due to the pandemic.

“I believe UNITY was much deserved after all our hard work this year, and to understand the importance we hold as young leaders and bring back the teachings from UNITY to our families and friends, it’s something we’ll always remember,” said District 3 Representative Crystal Lomayestewa.

“It was such a motivational discussion that I feel every Native youth would benefit from hearing,” Young said. “They shared their collective timeline of activism for Native Americans and how it has been beneficial and an influence on our lives now.” She found it inspirational and said it demonstrates young people’s power when overcoming obstacles and fighting for their beliefs.

Associate member and current Jr. Miss Gila River, 1st Attendant Caiden Lewis also learned the value of archiving and preserving Native history. “In our workshop, we learned to preserve our pictures and video recordings both digitally and physically,” she said. “I’m currently using what I learned to safely and carefully preserve old photos and videos I have to show my future kids and help me teach them and others who we were and who we are as O’otham peoples.”

District 2 Representative Junior Pancott is a senior member of the AOPPYC and said the conference gets better each time he attends. He served as the AOPPYC spokesperson for the cultural night, which he said is his favorite part of UNITY, and introduced the AOPPYC before their performance.

“Having the time to share some traditional singing and dancing is always a hit during UNITY,” Pancott said. “Attendees and organizers look forward to it every conference and people were even forming lines preparing for the social giveaway dances.” 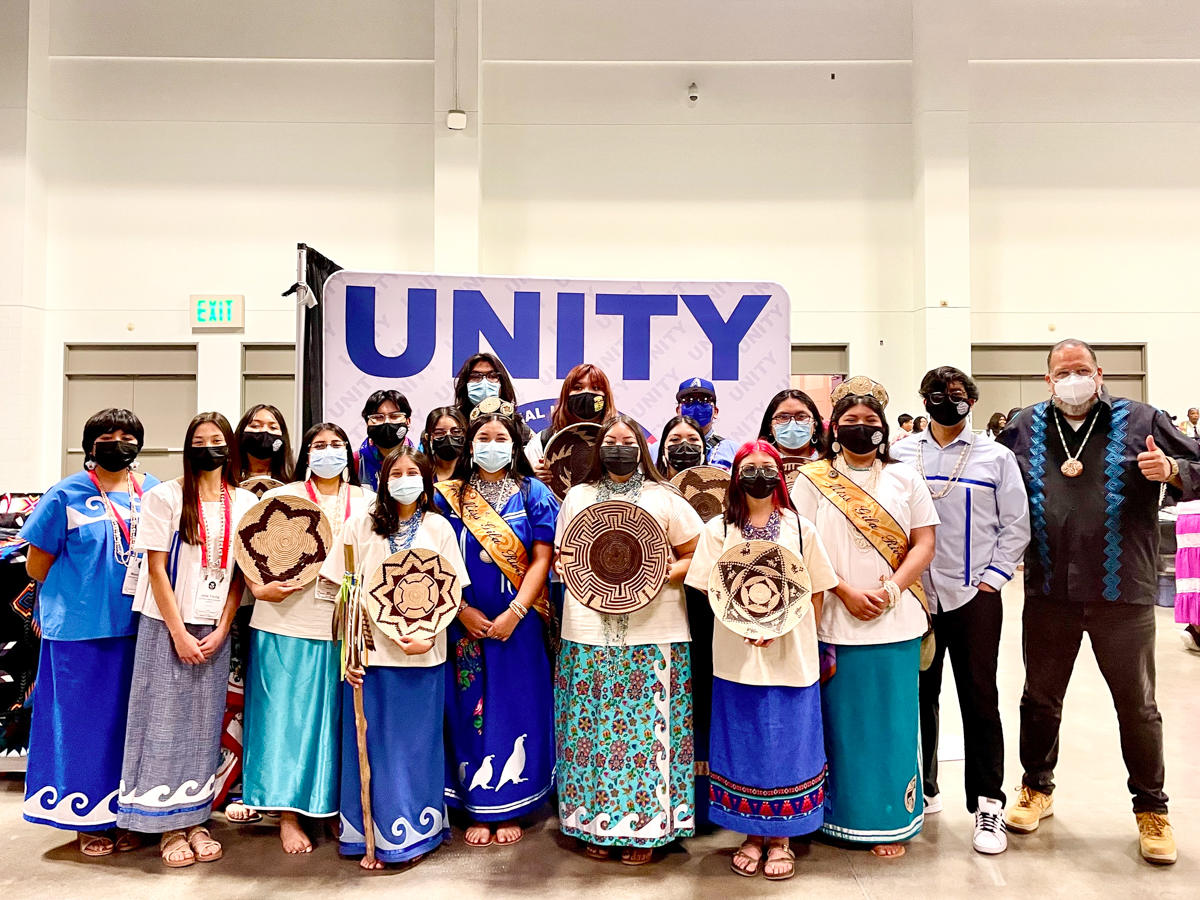