Cortez illustrated his O’otham and Mexica ancestry by depicting night and day on each respective portion. The left presents a daytime O’otham desert landscape adorned with water symbols and a Man in The Maze. To the right is a nighttime portrayal of Central Mexico featuring a pyramid and the serpent deity “Quetzalcoatl” in the center alongside the Man in the Maze.

“I feel really blessed, relieved, and thankful,” Cortez said. “It’s such an accomplishment for me to have my mural here in Downtown Phoenix, and I’m very happy with the outcome.”

He began with an initial outline of the idea, and drawing from his skill sets, he incorporated new designs and motifs. Initially, Cortez didn’t have a title for the mural, but as he progressed found “Homelands” to be the most fitting.

After fighting rainy weather conditions, Cortez put in 40 hours of work to complete his installation. It adorns the side of a modified shipping container at Second and Roosevelt streets.

Cortez is the second Community artist featured as part of the “Uncontained” mural project. The first artist was Chadwick Pasqual, District 3, who debuted his installation in February.

Cortez’s art career spans 15 years, and he began painting murals in the last two years. During the production, many onlookers praised the mural and said they were happy to see Indigenous representation in a location with so much foot traffic.

“Indigenous art hasn’t been too prominent in this area, so it’s really good to see the influx of work here,” Cortez said, “Especially since not everyone is aware of the Indigenous histories throughout this area. So it’s great when we’re able to share our stories through art.” 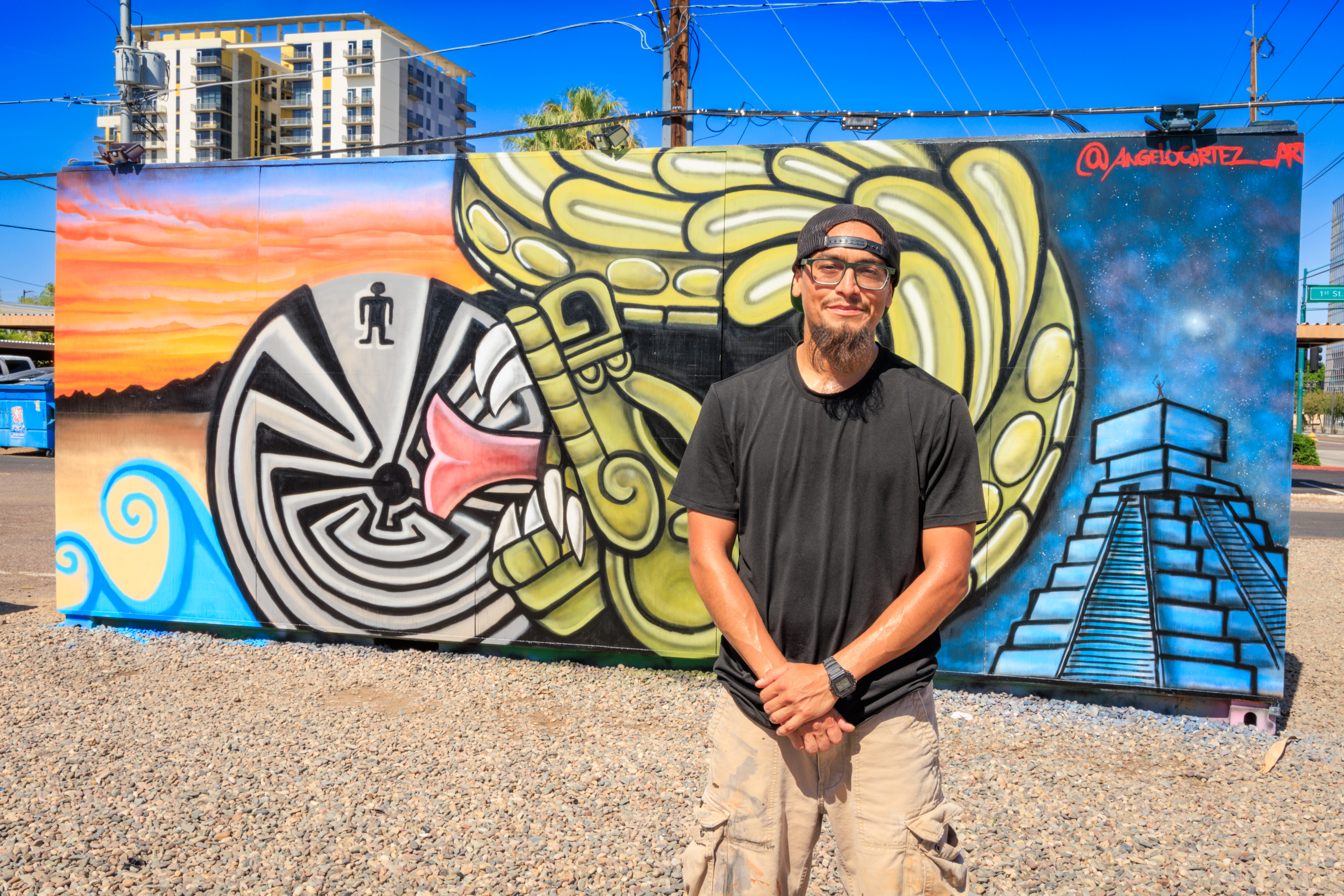 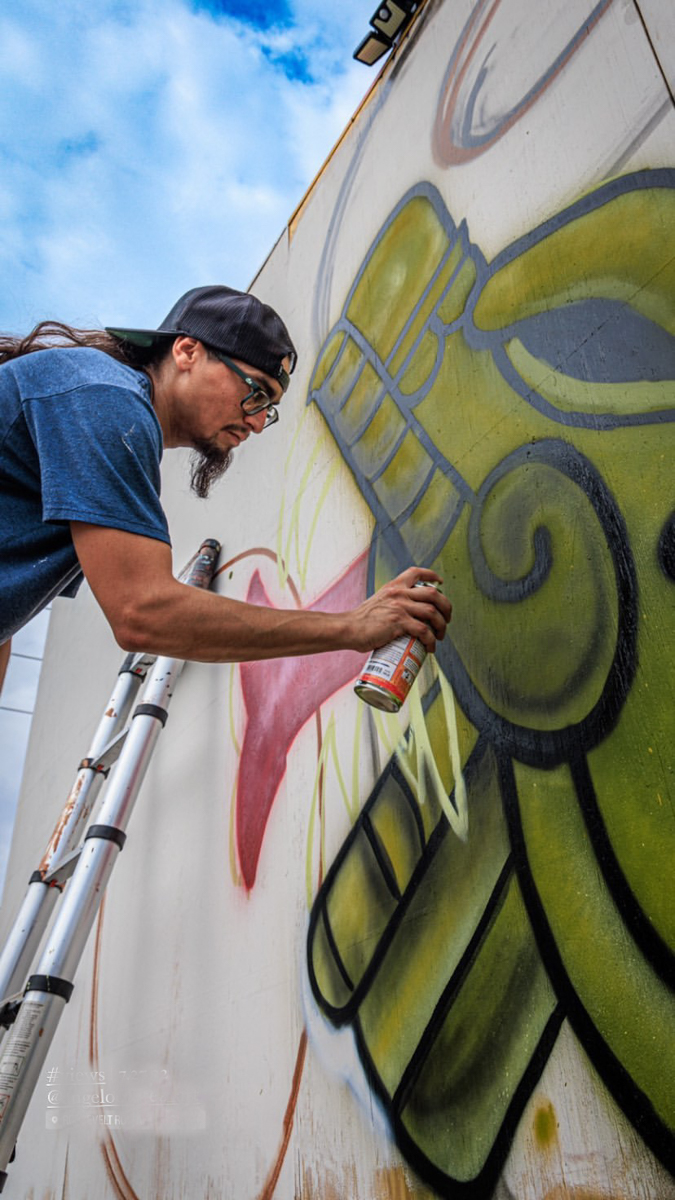