A graduate of Miyamura High School in Gallup, N.M., Salazar finished with a 4.0 GPA and High Honor award in 2020. Currently, Salazar is a junior at Grand Canyon University in Phoenix.

He was introduced to the yo-yo in fifth grade after seeing a “NED Show,” a character education program for school kids. The program centers around a cartoon character, “Ned,” whose name is an acronym for “Never give up, Encourage others, and Do your best.” “Ned” presents lessons and encouragement to youth while demonstrating yo-yo tricks.

“He won a yo-yo through that assembly, and that’s how it all began,” said Salazar’s mother, Francine Salazar.

The yo-yo came with an instructional kit that taught all the basic tricks such as “walk the dog” and “rock the baby.”

“A lot of what I learned and what I’ve developed is first getting the basics from online and then putting [on] my own personal spin,” Salazar said.

At the competition level, there are five divisions. Salazar competes in the 1A division, a style where the individual performs string tricks with a single yo-yo. At advanced levels, the yo-yo the string is tied to the finger to allow competitors to complete more complicated string tricks.

He began competing in 2019, starting with the Arizona State Yo-Yo Contest, where he placed tenth. Salazar went on to compete in the New Mexico State Championship, winning the title three times in a row before entering the 2022 U.S. Nationals.

For the national competition, the first round allows a minute to a minute-and-a-half to perform a routine, typically choreographed to music. It requires creative skills and spatial awareness, and additional scoring is possible based on how well the tricks match the rhythm of the music.

“So, he was serious and he was practicing about five hours a day.” Although he had repeatedly practiced his routine for nationals, Salazar’s yo-yo string became entangled on a necklace he wore, hindering his performance and affecting his final score. As a result, he placed 49th in the 1A semifinals.

In addition to practicing the yo-yo, Salazar works each year as a counselor at a Christian summer camp for students from the Navajo Nation and Zuni and Pueblo tribes, and youths from surrounding areas near Gallup, N.M. He often uses his yo-yo tricks to better connect with the youth and help them develop and improve social and communication skills.

Frequently recognized as the “yo-yo guy” in public, Salazar is often asked to perform tricks on the spot and gets requests to teach others. However, he encourages others to take advantage of technology by watching videos online, like he did, and learning what they can at their own pace. 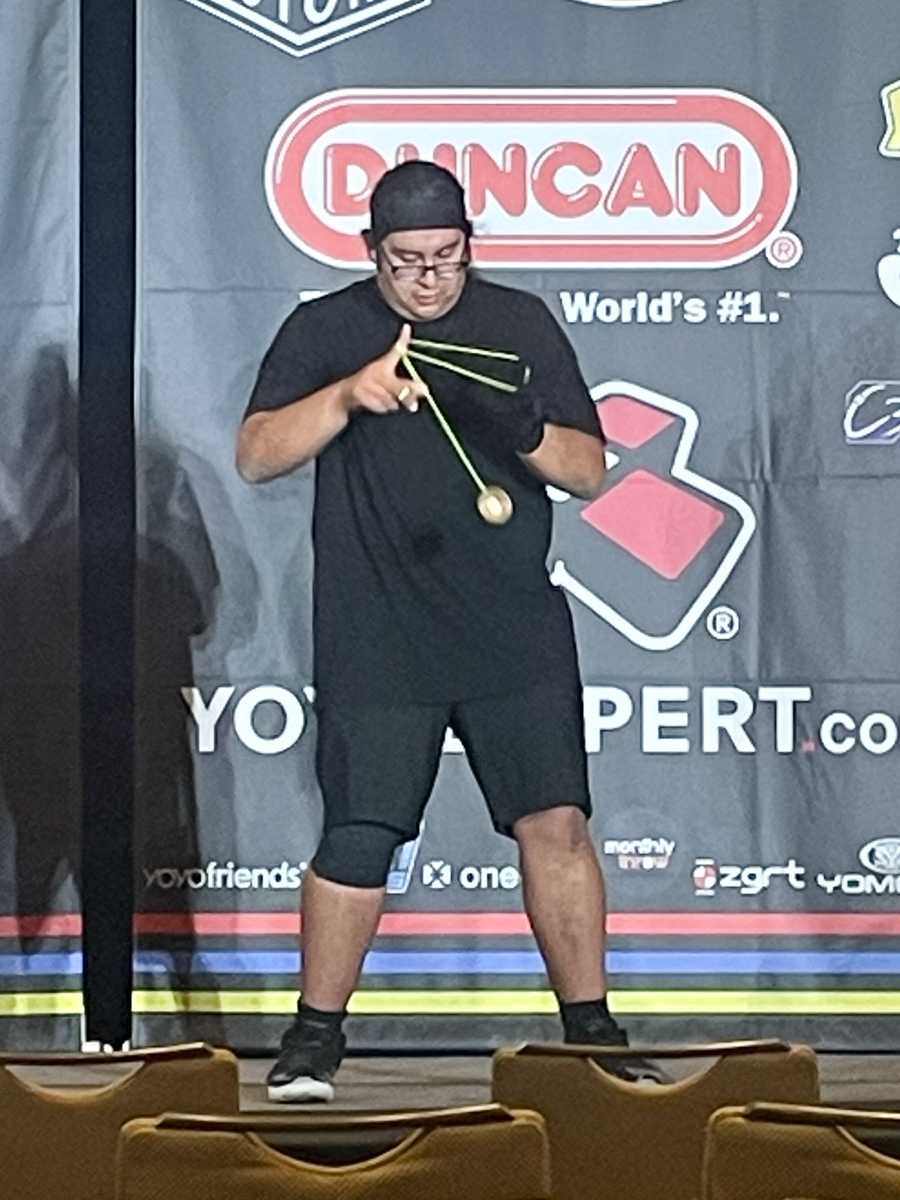