Gila River Indian Community Gov. Stephen Roe Lewis appeared at the Native American Basketball Invitational (NABI) Education Summit at Phoenix College on July 18. He welcomed the numerous Indigenous youth players from tribes around the nation in town for the tournament that week.

During his opening remarks Gov. Lewis acknowledged Phoenix as the ancestral homelands of the O’otham and Pee-Posh of the Gila River Indian Community and the Salt River Pima-Maricopa Indian Communities.

“You all represent your tribal nations back home, and whether it’s basketball or any sport, it goes back to our traditions of running, our songs, our ceremonies or being active,” Gov. Lewis said to all the young athletes. “I know those traditions are alive in each one of you.”

Later, Gov. Lewis stressed that youth should use NABI as an opportunity to further their education so they may succeed as the next generation of leaders.  “Hopefully, you can learn something and take that back to your own journey,” he said, adding they should live up to the promise that their ancestors laid at their doorstep.

NABI sponsored the summit with Partnership with Native Americans (PWNA) to bring together school representatives, speakers and other guests to address the youth. They delivered remarks aimed at influencing the young competitors to explore their athletic talents while pursuing higher education after high school.

Joshua Arce, CEO of PWNA, said, “The NABI College and Career Fair is a chance to bring together Native youth full of talent and potential and expose them to various pathways,” said Arce. “Representation matters, and the success of previous NABI alumni point to the ways in which this educational experience has impact for years to come. Partnership with Native Americans is proud to sponsor such an important event.” 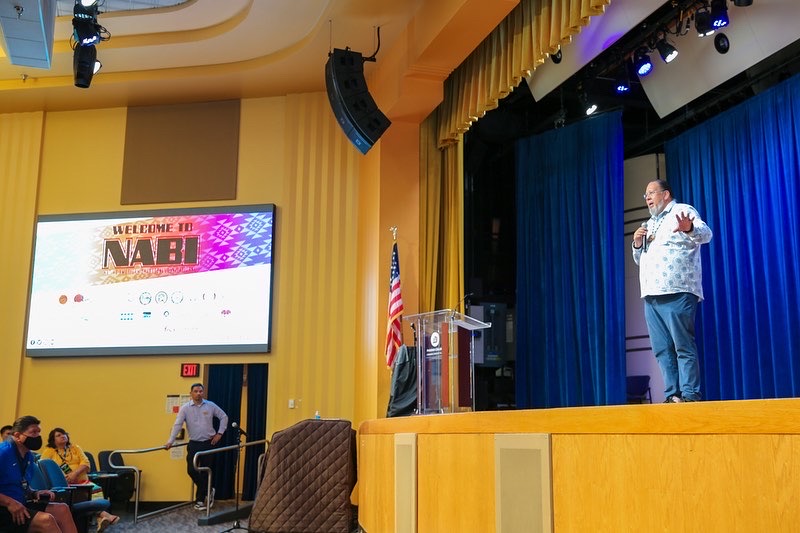