On Friday, Dec. 9, the Inter Tribal Council of Arizona (ITCA) hosted a Tribal Leaders Water Policy Council and Colorado River Tribal Roundtable at the Heard Museum.  The hybrid gathering assembled tribal leaders from across Arizona to discuss the state’s dire drought and its effects on tribal nations.

Tribal leaders received presentations on numerous topics and discussions and included updates on current and proposed federal policy revisions.  An overview of the Proposed Revisions to the Federal Water Quality Regulations to Protect Tribal Reserved Rights was also shared.

These proposed revisions would make certain that the U.S. Environmental Protection Agency’s (EPA) Clear Water Act includes tribal nations.  For example, modifications would include a clear description of how the EPA will review existing water quality standards and enhance the protection of all water designated for a tribal nations.  In addition, this revision would certify that water is safe for drinking, household use, agriculture, and for wildlife such as fish.

In great detail, Gov. Lewis and Sen. Sinema shared the funding and resources that Congress will allocate as it addresses the water needs of Arizona’s tribal nations and the impacts of the Colorado River’s shallow levels.

During her remarks, Sen. Sinema pointed to President Biden’s Bipartisan Infrastructure Law (BIL), which allocated $8 billion for the water needs of Arizona and Western states.  A significant component of the BIL also secures funding for all currently authorized Indian Water Settlements.

Another critical discussion point concerned the Colorado River Basin and its water.  Lake Powell and Lake Mead are at historically low levels, the driest in 23 years.  Both are currently at less than 30% capacity, which, if lowered, could drastically diminish water distribution to those tribal communities and municipalities that benefit most.

While the current projections remain grim, tribal nations are at a critical point to begin negotiations with state and federal governments to explore mitigation efforts.

Sen. Sinema stressed that these discussions in Congress are often hard conversations but remain necessary.  Closing out her dialogue, Sen. Sinema assured everyone that she would remain a champion for Arizona’s tribes and she would make sure that short-term and long-term water conservation efforts remain a priority while in office.

These ITCA meetings will continue in the future to help steward the collective efforts forward and see to it that tribal nations are included in all decisions concerning water with state and federal officials. 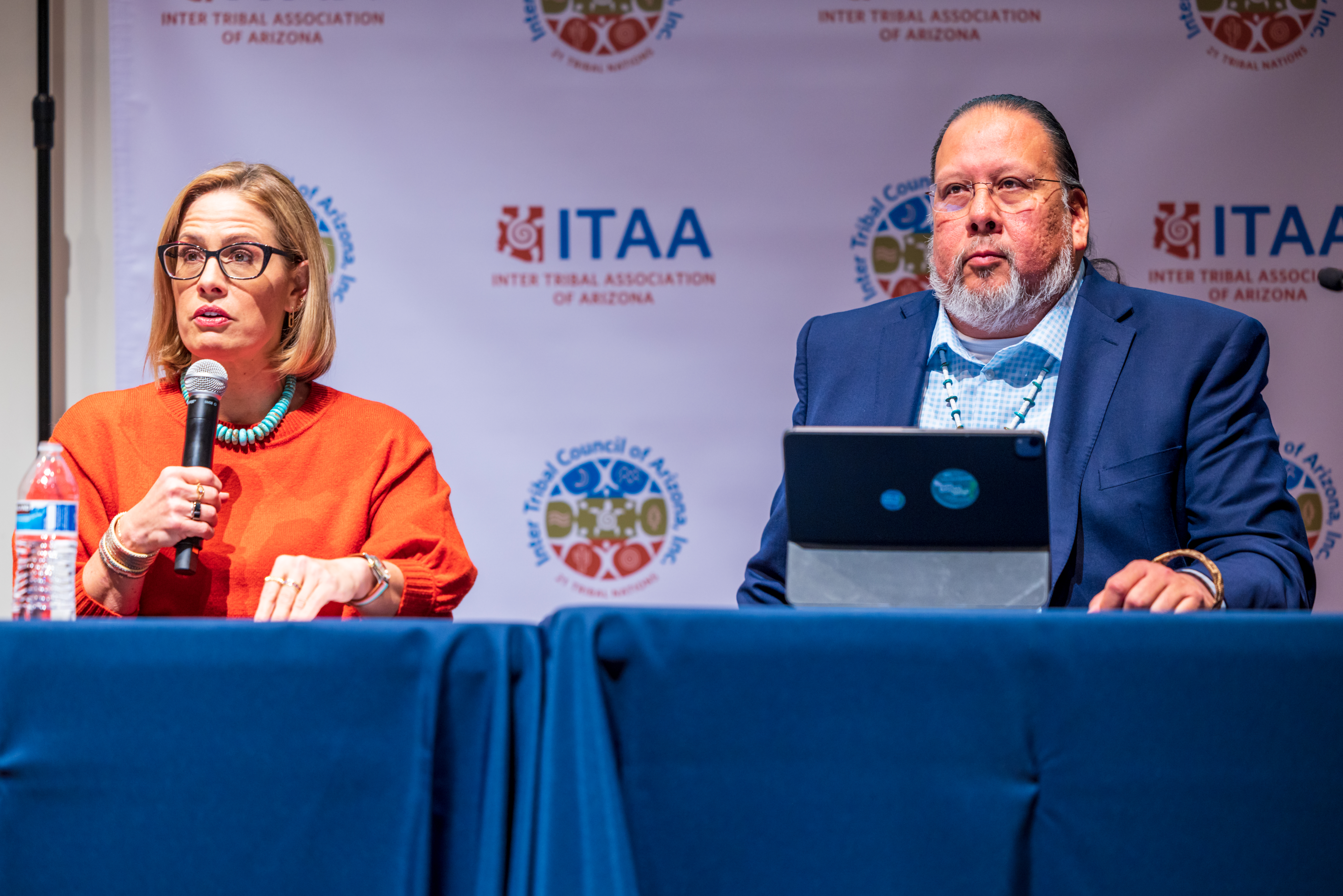 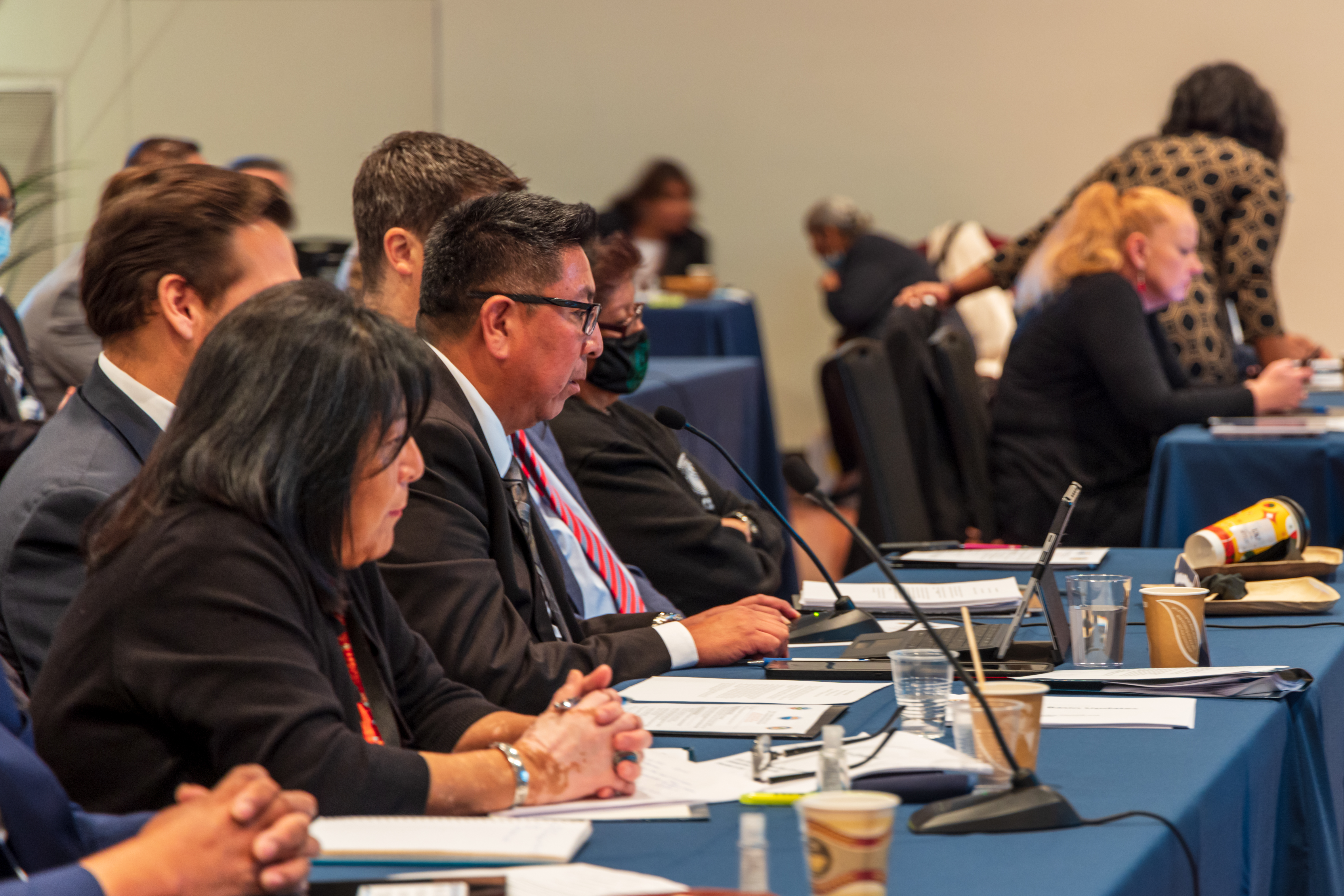