GRIC Featured in New Exhibit at the Heard Museum

The exhibit examines the collection of the Heard Museum from tribal perspectives across a wide variety of media and periods in history.  It incorporates Indigenous languages, sky knowledge, and spiritual values and includes elements of the origin stories that form Native Identities.

Substance of Stars is a culmination of a three-year collaboration with advisers from four Indigenous Nations: the Akimel O’odham, Diné, Haudenosaunee, and Yup’ik, as they share their unique perspectives, stories, and experiences.

The exhibit features historical and contemporary works centered around a 360-degree theatrical portion of the exhibition titled the “Sky-Dome.”

The Sky-Dome offers a unique theatrical experience with edge-blend technology that showcases dynamic landscapes during the four seasons on 20-foot-high walls, while fiber optic ceiling lights simultaneously replicate a map of the cosmos centered on the North Star during the change of seasons from the Arizona night sky.

GRBC stated, “We would like to thank the Heard Museum for including us, and for everyone who worked tirelessly on the project bringing it to light for all to see.”

To represent each Native Nation included in Substance of Stars, at least two Indigenous curators and historians representing each tribal nation collaborated on the exhibition.  In addition, elders, artists, scholars, linguists, and traditional knowledge-keepers were consultants on the exhibit.

This new signature exhibition features key works onloan to the Heard Museum by partnering institutions.   According to the museum’s press release, the Fenimore Museum, the Honolulu Museum of Art, and the Rochester Museum of Science and Culture were a few that lent items to the Heard Museum.

The Heard Museum is open seven days a week from 10 a.m. to 4 p.m., closed during major holidays.  All tribal members receive free admission with tribal ID or CIB.

For more information on this exhibit and the museum, visit heard.org. 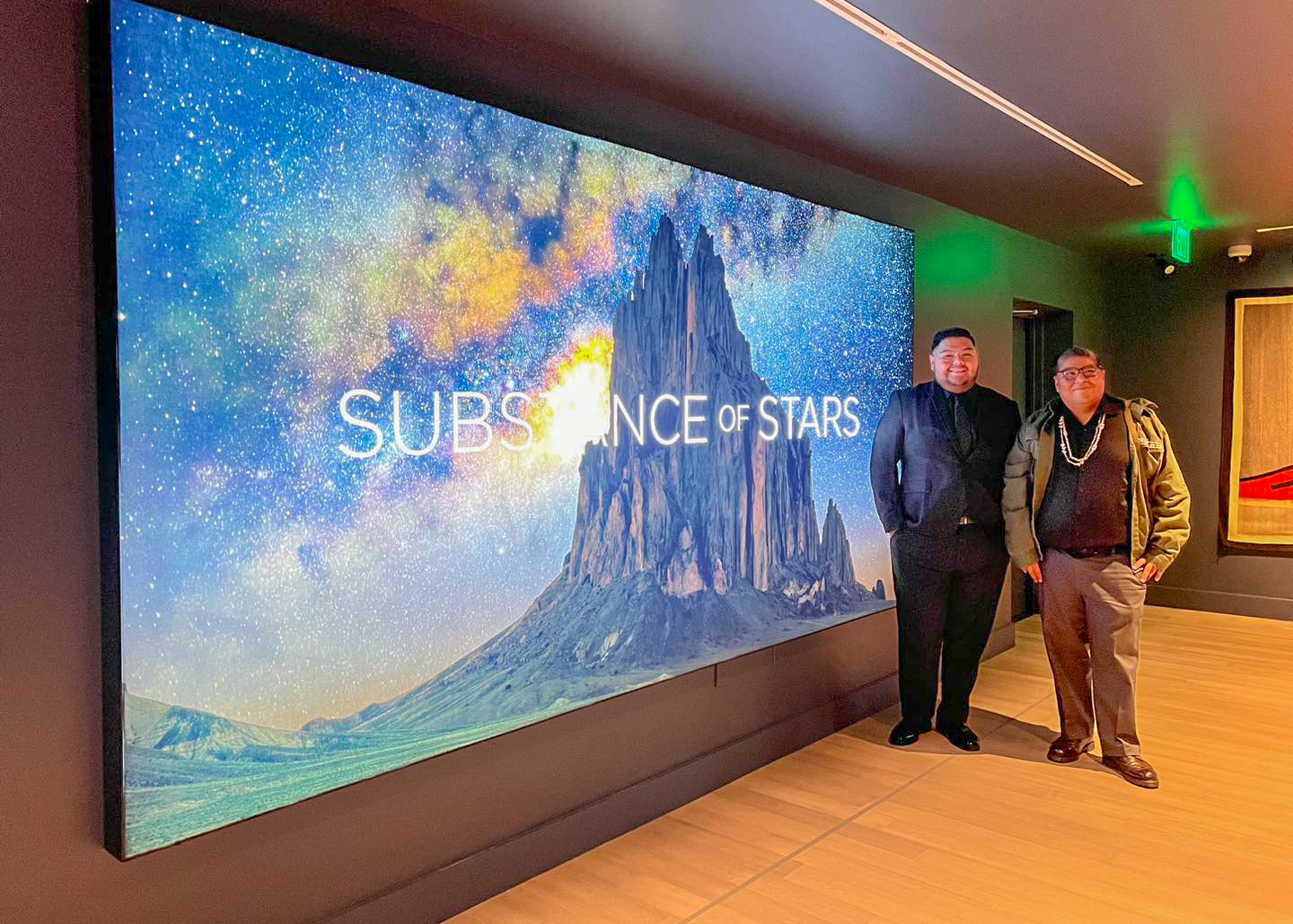