On Friday, Dec. 2, The Phoenix Suns faced off against the Houston Rockets at the Footprint Center in Phoenix, where the Gila River Indian Community was recognized.

Since Nov. Gila River Resorts & Casinos hosts ‘ORIGINATIV’ game nights to celebrate the team’s uniform and the tribes that inspired it, including the Gila River Indian Community.

“I feel excited that they actually acknowledge Indigenous people,” said District 4 Council Rep. Regina Antone, “We were honored and humbled that they recognized GRIC.”

“Tonight, showcased O’otham culture, dance, and song. It showcased who we are as O’otham throughout the whole game, very beautifully,” said Gov. Stephen Roe Lewis, “We’re really proud of the Community and of our ongoing partnership with the Phoenix Suns.”

“I’ve been doing music for 11 years now. I was asked to sing the National Anthem by Governor Steven Roe Lewis a couple of weeks ago, and I couldn’t pass the opportunity up,” said Thomas, who performs with ‘One Way Sky,’ an indie-alternative band with members from the Gila River Indian Community and Tohono O’odham Nation.

17-year-old Waylon Webb Jr., District 3, said he was nervous about performing for the half-time show, “It’s my first experience, very nerve-wracking. It’s my big first step into being a warrior for our Chi’Chino Spirit, and I look forward to doing more with the people I know and experience my culture, our culture.”

2022-2023 Miss Indian Arizona First Attendant Lehua Lani Dosela, District 6, also performed with the traditional group, “So far, this has been a very exciting experience,” she said.

The uniforms will be worn throughout the remainder of the season during the ORGINATIV games.

“On behalf of our Gila River Indian Community, we are grateful for all they’re doing for the Native Americans, the state of Arizona and the states around us that have Native Americans,” said District 5 Council Rep. James De La Rosa, “This is like the first, we’re excited for it and we’re just so proud that they’re able to recognize the Indigenous people.” 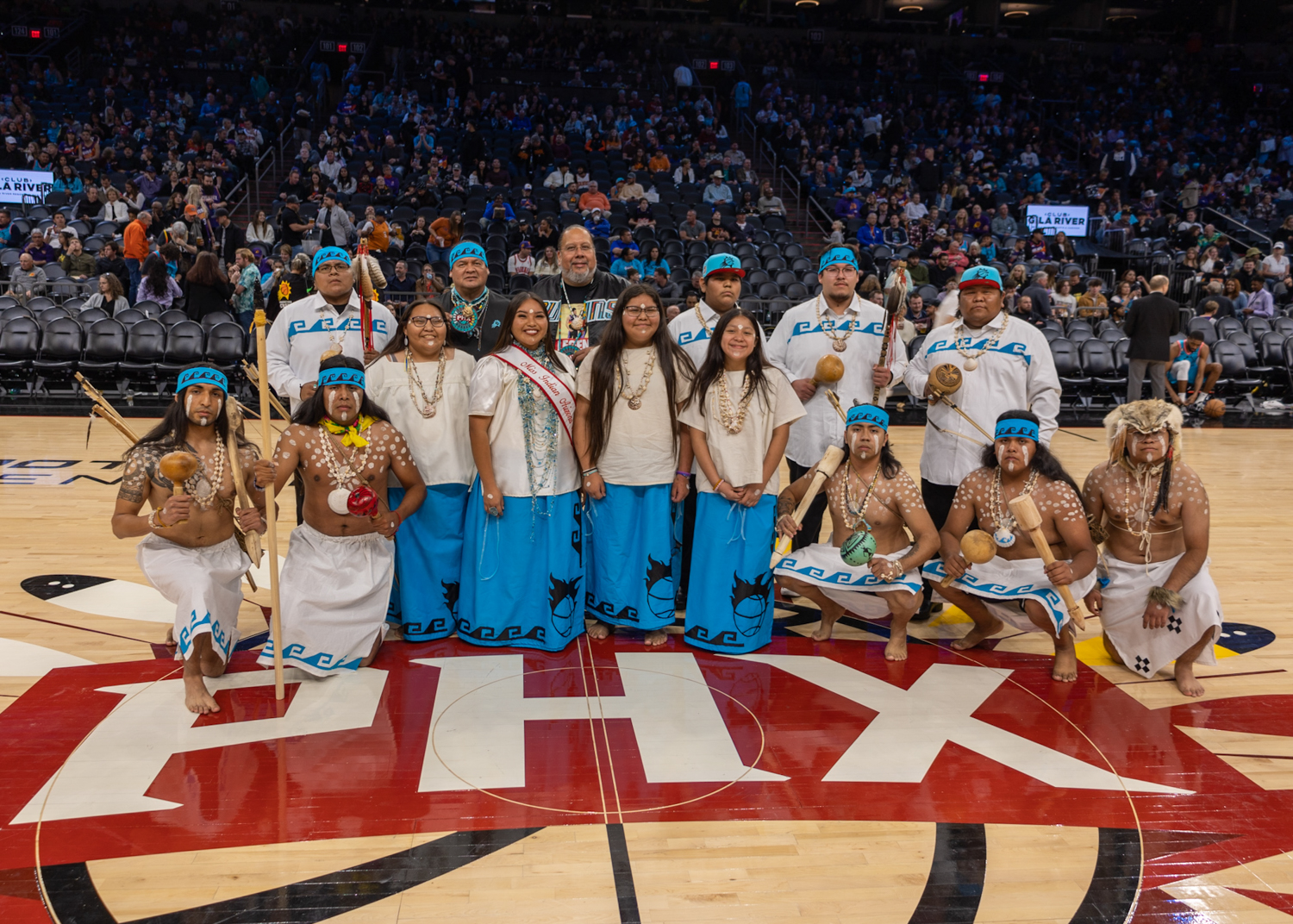 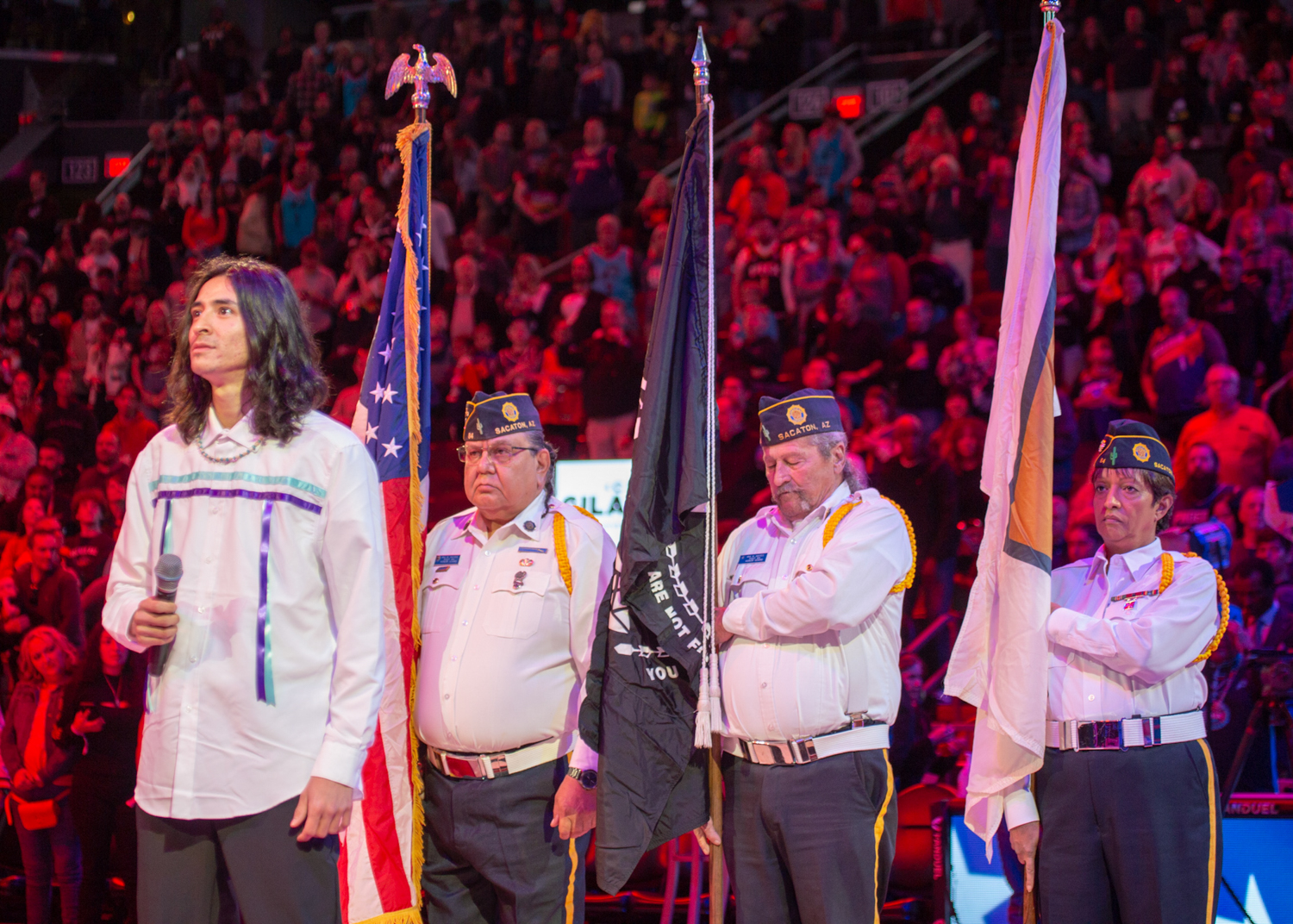 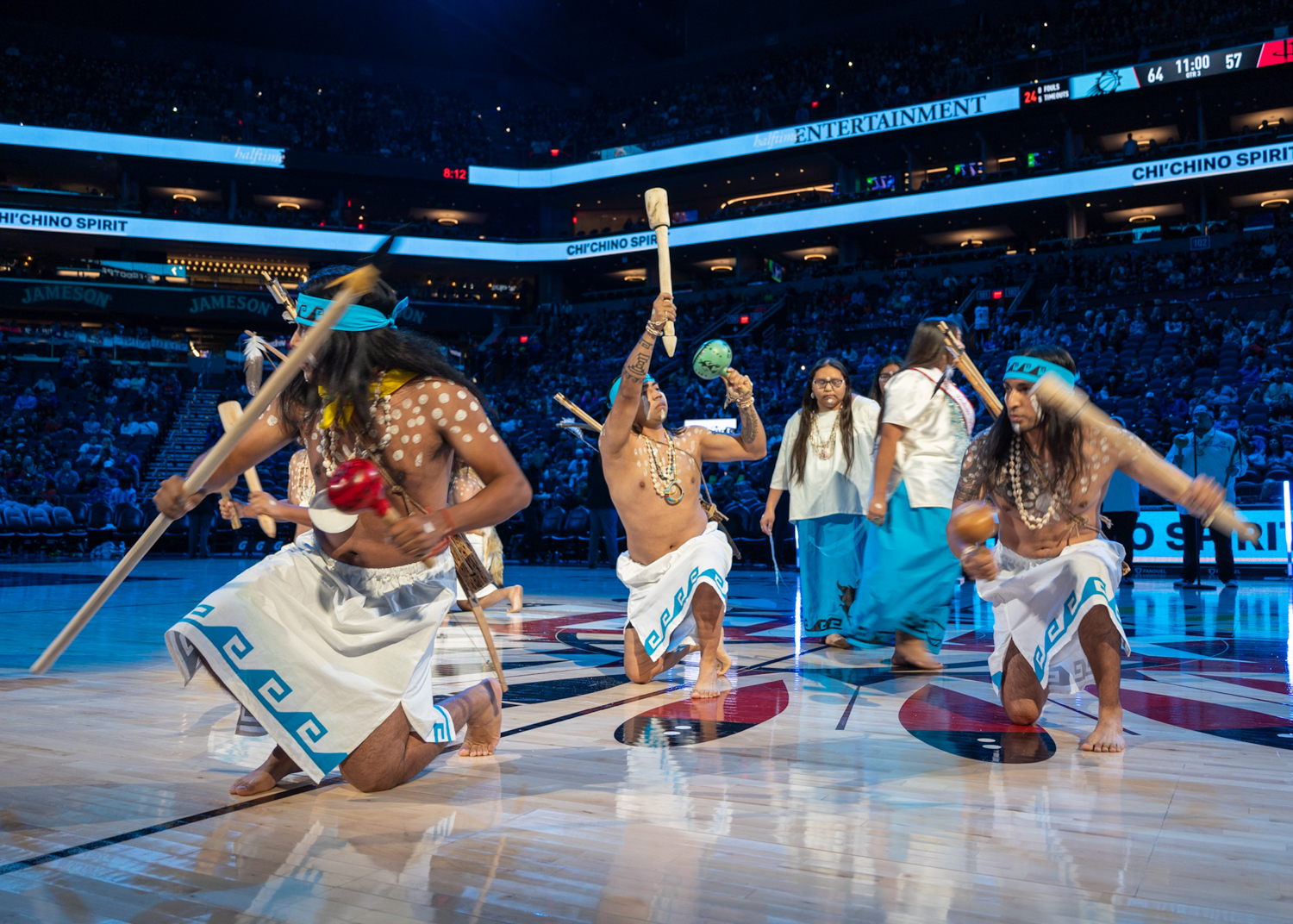