While Siiki is an avid runner and has participated in numerous long-distance runs throughout his running career, the New York City Marathon posed new challenges.

“I’m a trail runner, and this marathon was all flat, and the air was stagnant and filled with smog, those were probably the biggest challenges for me,” said Siiki. Fortunately, Siiki sought help from some tenured runners on how to prepare. Triathlete Caroline Sekaquaptewa, from the Hopi Reservation, provided some insights on what to expect. Her suggestion of quality insoles proved effective for Siiki.

The marathon brings in international runners each year, but many find the setting too challenging, forcing many to quit. Siiki recalled seeing many others stop and faint mid-run due to the weather. Thankfully, Siiki was more than ready the day’s 75-degree weather citing it as a “nice, cool run.”

He also attributes his work staff from Warrior’s Code in Phoenix as critical to his participation and success. Warriors Code staff partnered with an organization, Native Strength Revolution, which secured five spots for the marathon and offered Siiki the opportunity.

Additionally, Siiki cites his co-workers Johanna Corpeno and District 7 member Waylon Pahona Jr.  Their assistance helped him train and eat better in preparation for the marathon.

“Leading up to the day, I didn’t run at all, the longest I ran beforehand was 10 miles,” said Siiki. “But on the day of the run I found that it was Waylon’s and Johanna’s work that helped me the most because I didn’t experience any soreness, my body was ok the whole way through and I was good.”

Their training and diet programs assisted Siiki in learning how to lose the weight he needed to run at a better pace. And their yoga program gave him the a critical understanding of his body, how to stretch, and proper breathing techniques in preparation for the run.

While training was vital to his success, fundraising for the entry fee, airfare, food, and lodging was another challenge for Siiki. Siiki and his family held several auctions to help raise money, where he sold his jewelry and art.

Another saving grace was a food sale fundraiser that the GRIC Urban Members Association held on his behalf.

“I’m so grateful for the Urban Members Association because their fundraising pushed me over the top and allowed me to fund the trip fully and not have to worry about how I would get there,” said Siiki.

Through the partnership with Native Strength Revolution, Siiki and the other four Native American runners had the honor of leading the Parade of Nations before the marathon. Siiki was proud to carry a GRIC flag during the procession and was grateful for the opportunity to have Native American representation front and center of the opening ceremony.

Another highlight in New York was meeting Eliud Kipchoge from Kenya. Kipchoge is an Olympian runner who holds the world record for the fastest marathon time, finishing at 2: 01:09 at the 2022 Berlin Marathon.

While Siiki is proud of this accomplishment, he wants to see more Community members attempt to challenge themselves through physical activity.

“Anyone can run a marathon if they want to, but it starts in your head with your mind, once you believe you can do it than you’ll be fine, but it all starts with your support,” said Siiki. 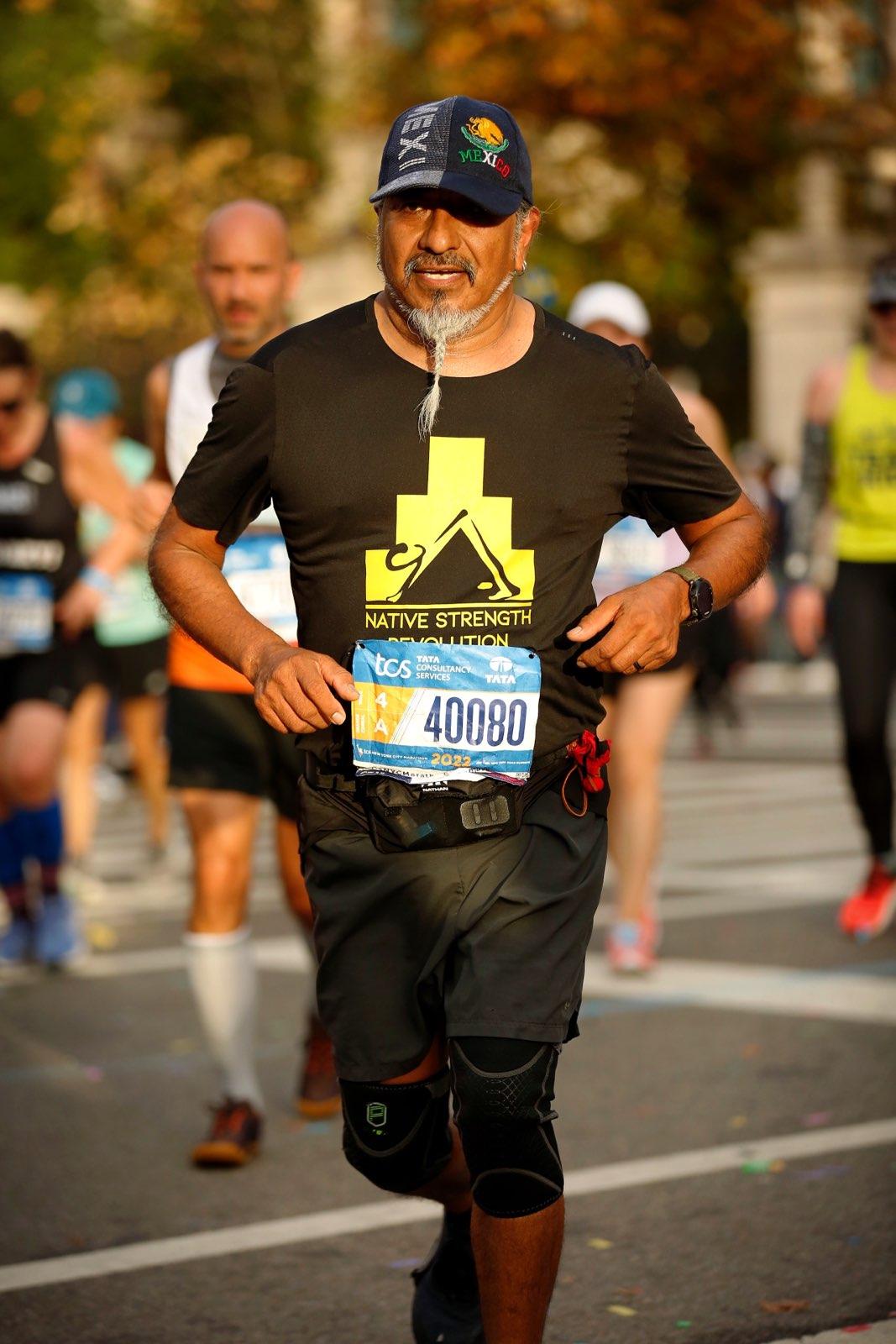 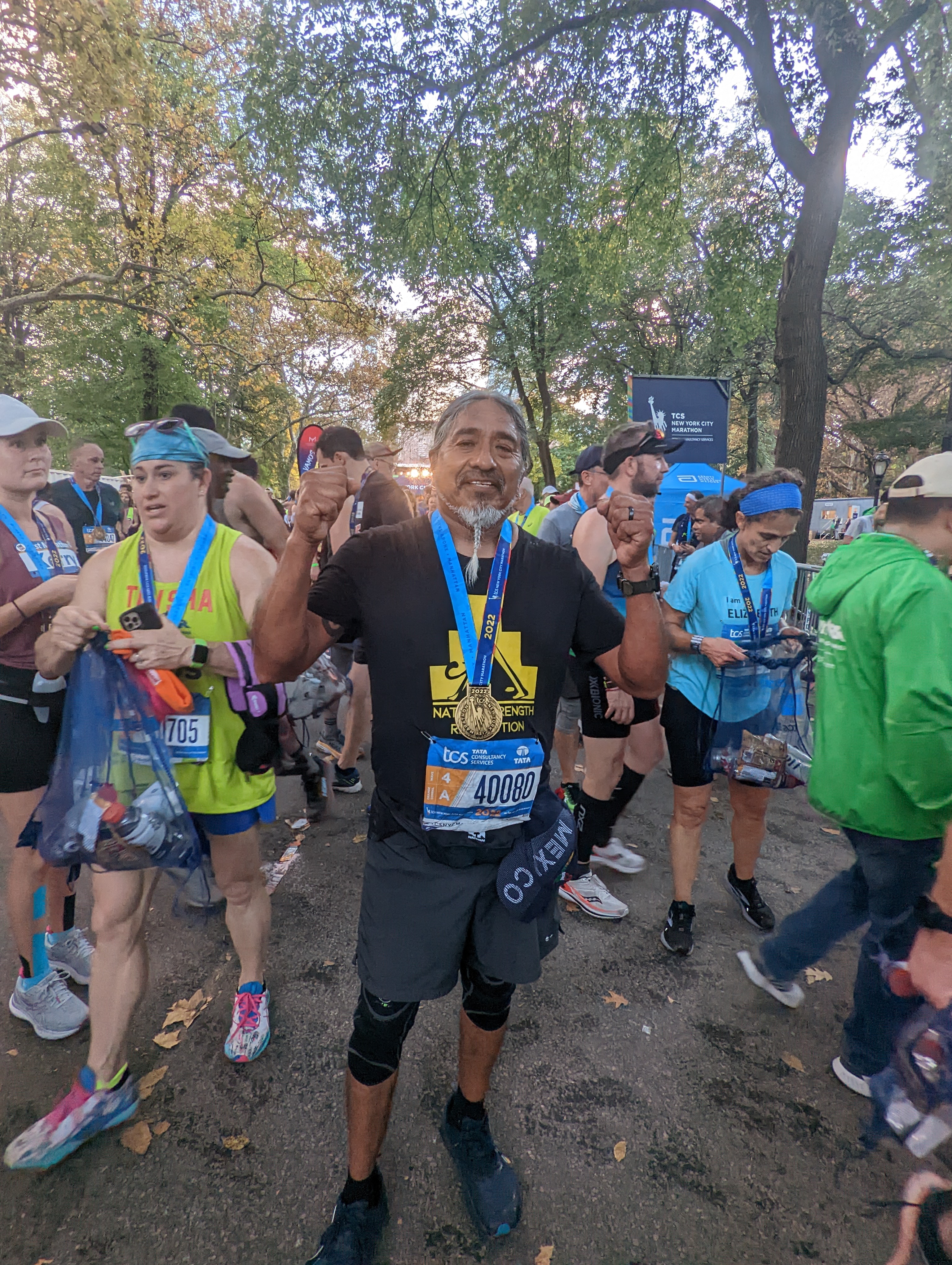