Community artist Chadwick Pasqual, District 3, debuted his newest and most significant work, “Art Til Death,” on Feb. 12, in downtown Phoenix.

Pasqual’s mural will be displayed through Apr. 22 as part of the “Uncontained” project in Phoenix’s historic Roosevelt Row Arts District at 2nd Street and Roosevelt Street on a modified shipping container. Pasqual is one of four artists to be featured at this space seasonally throughout the year.

“Art Til Death is kind of like a self-portrait of me and where I’m from, and it has the reservation in the background and the outline of the Community incorporated, too,” said Pasqual. He wants his mural to reflect his identity and passion for the arts. He also hopes viewers will reconnect with the fact that Phoenix is the ancestral homeland of the Akimel O’otham and Pee-Posh.

The “Uncontained” mural project is sponsored by Cahokia SocialTech + Art Space, in collaboration with Roosevelt Row Community Development Corporation (RRCDC) and Xico Arte y Cultura. Through the partnership, Cahokia will provide each muralist a stipend to produce their work, Xico will provide art supplies, and RRCDC hosts the container itself.

This is the second large-scale mural for Pasqual, who was eager to showcase his work in such a public setting. The centerpiece features a large skull with a “headdress” adorned with art supplies divided by a ruler separating the day and nighttime scenes of his vision of the GRIC.

“When I got the call, I was speechless and excited just to do another mural, and it felt great,” said Pasqual. The work took just over a week to complete until its unveiling.

The call for artists began in January and the four chosen artists were announced on Feb 10. Other artists creating work for “Uncontained,” will be on display in the following order throughout the year: Liv Barney (Diné) May 1 to July 22, Angelo Cortez (Akimel O’otham and Chicano) Aug. 1 to Oct. 21, and Chelsie Begody (Diné) Oct. 31 to Jan. 20, 2023.

“We want to amplify artists’ visual stories and encourage creative activation and entrepreneurship,” Cahokia cofounder Eunique Yazzie said in a press release. “It’s important to keep the social fabric of our art spaces dynamic and accessible for future generations.” 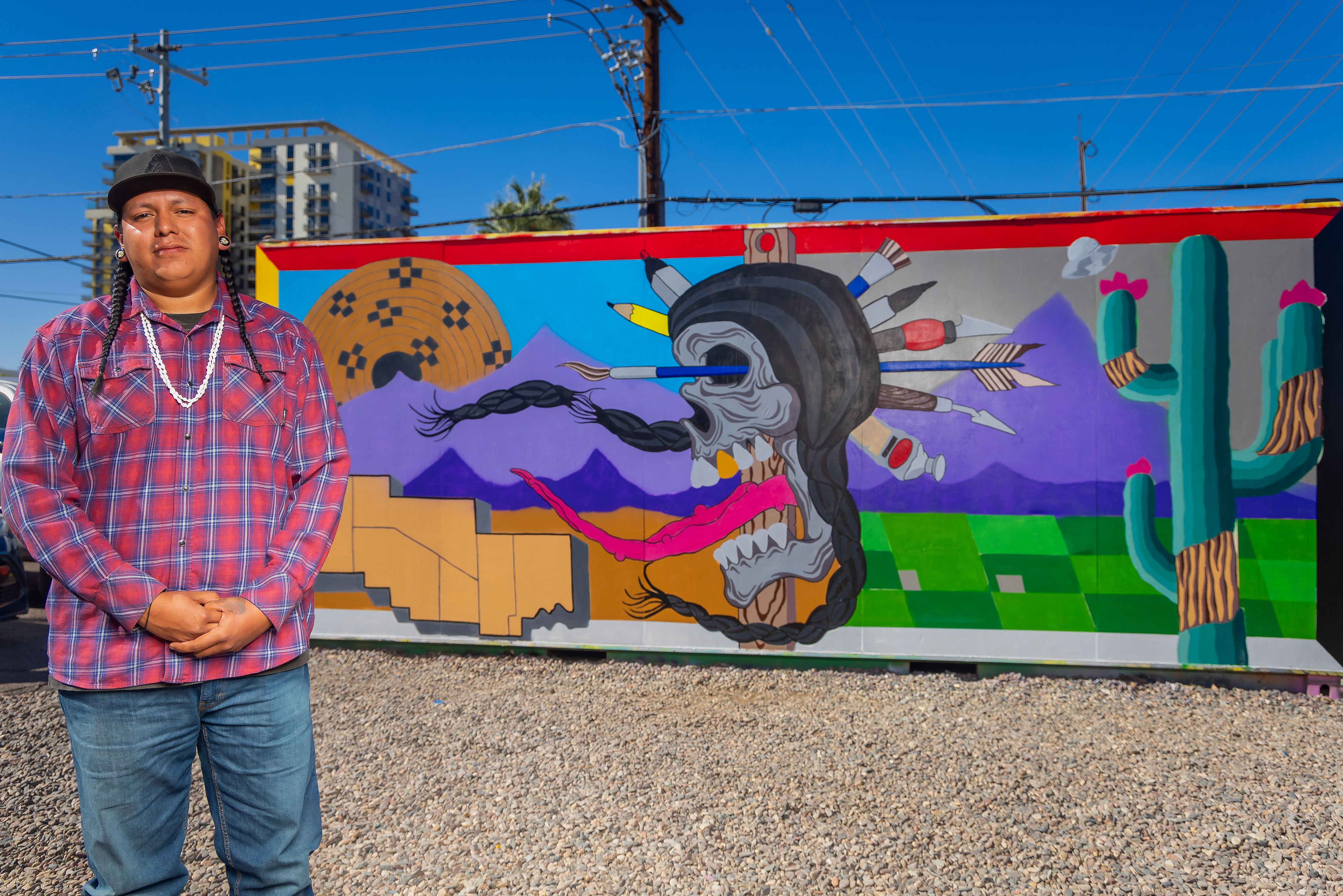 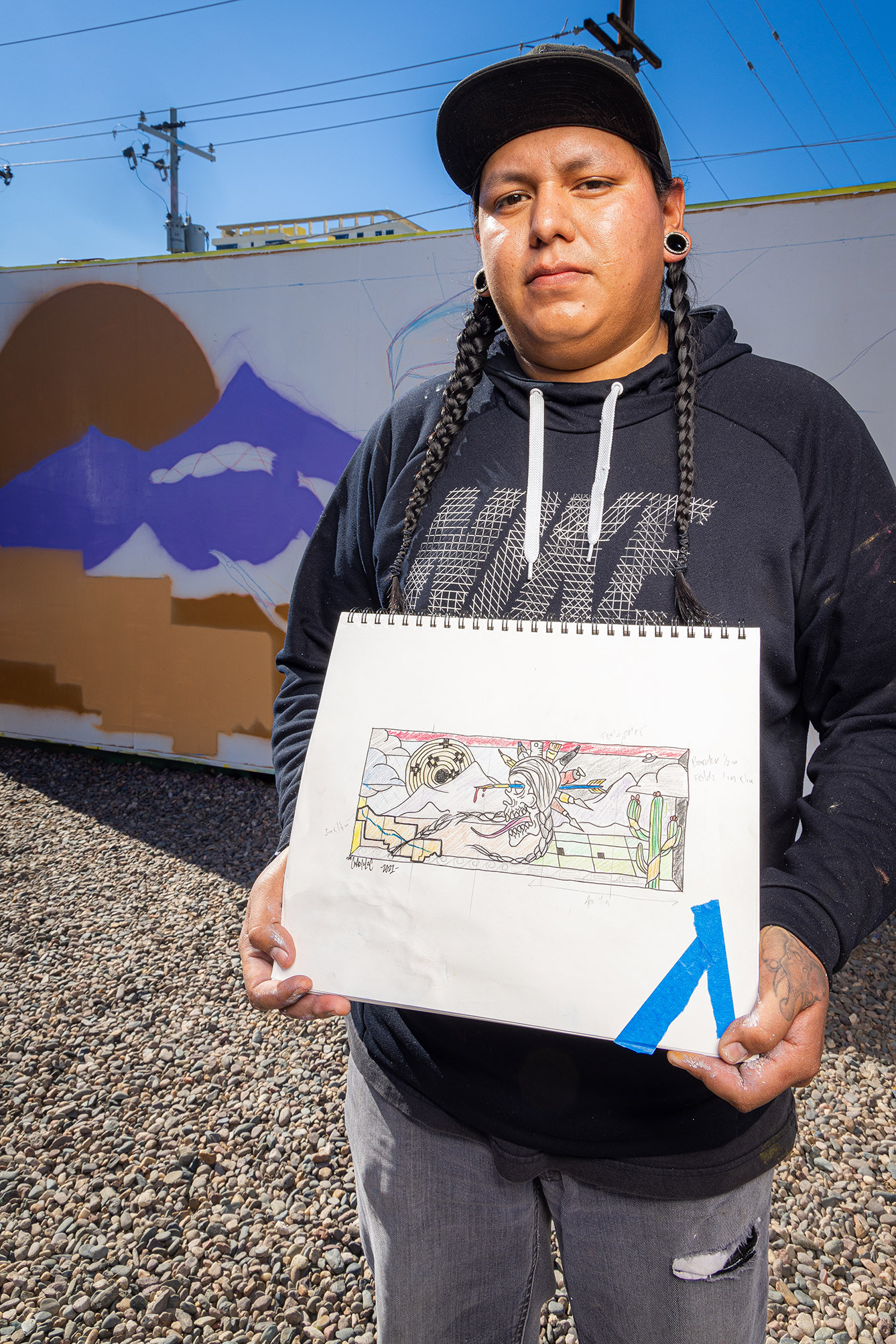 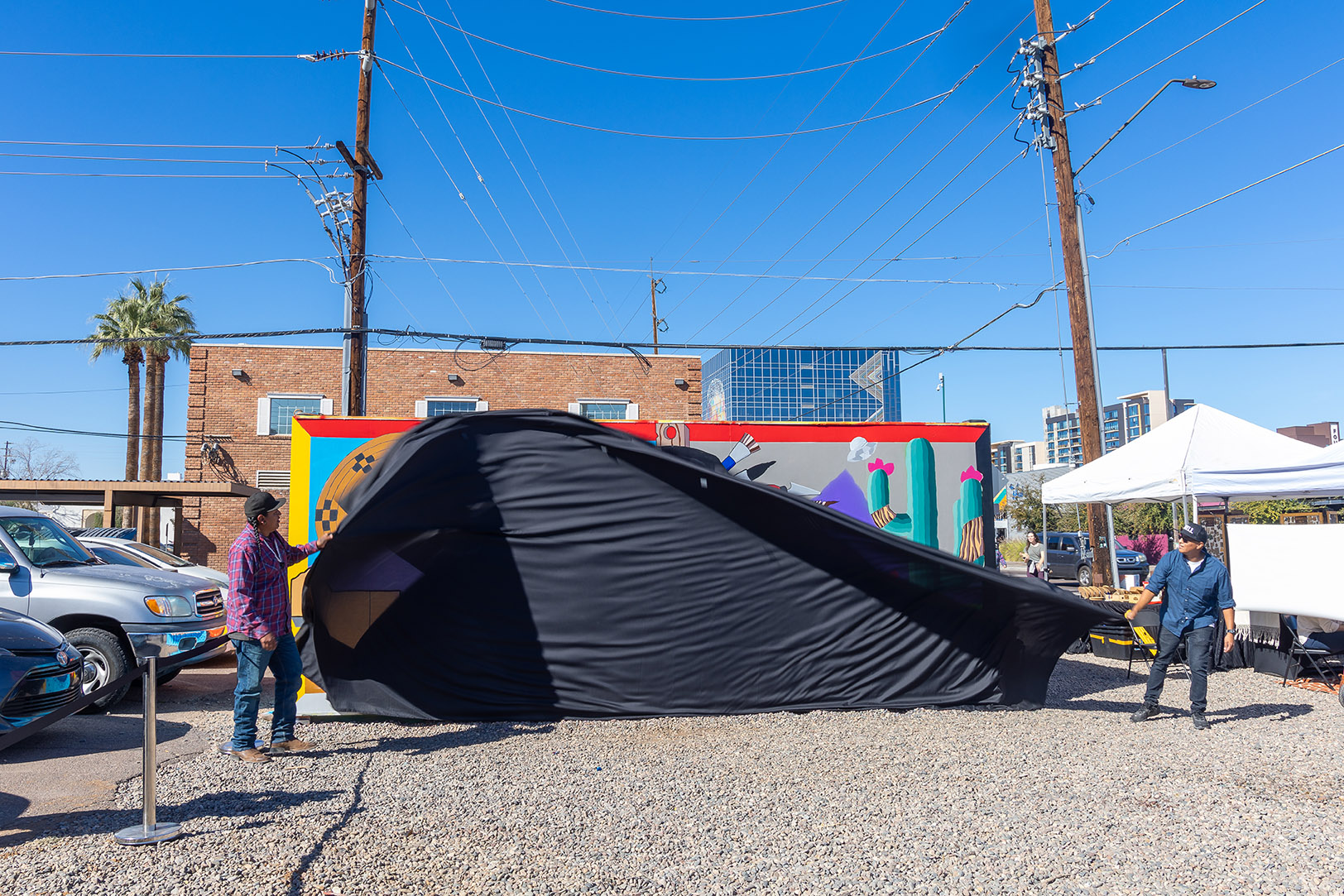 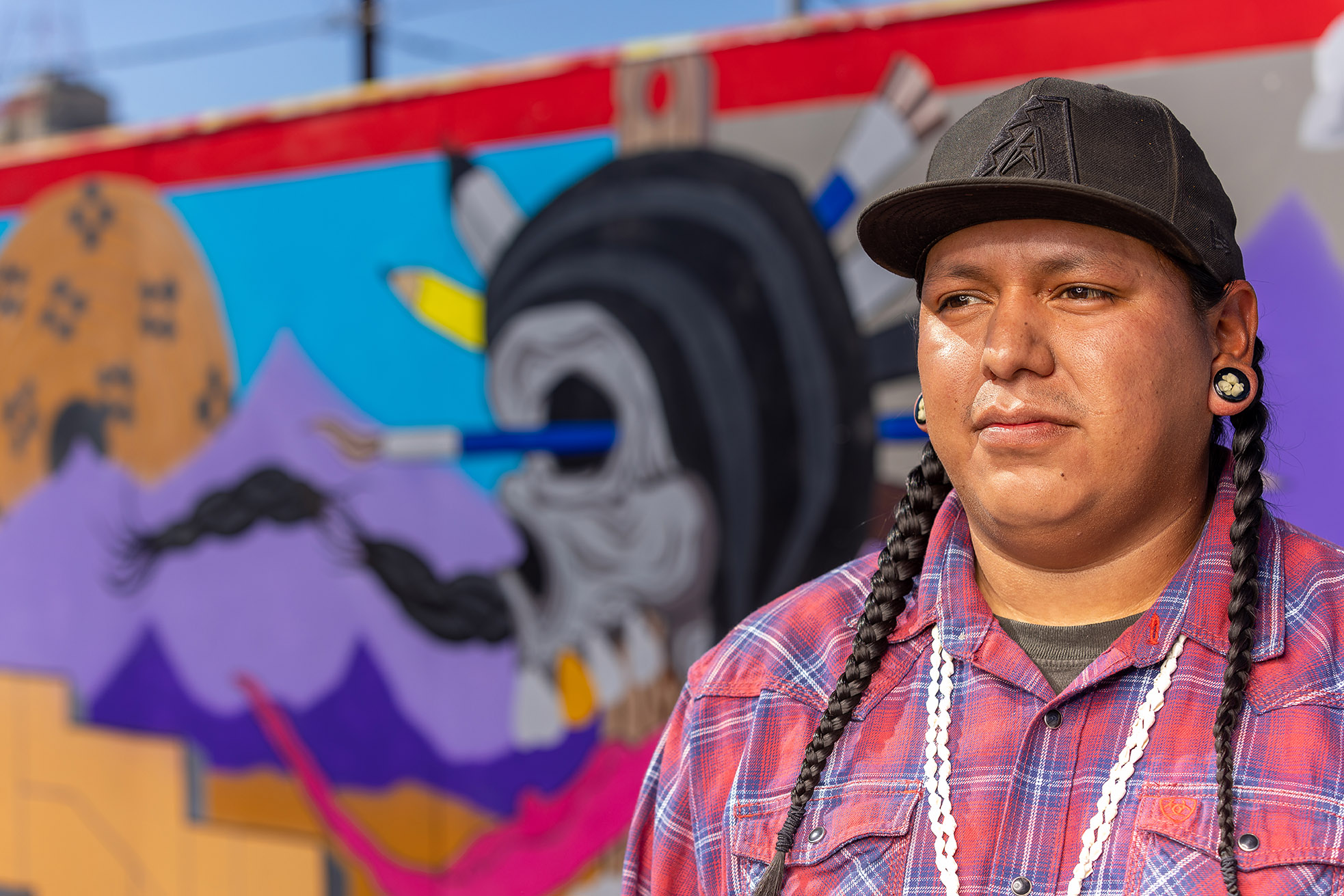