A film documentary about the epidemic of violence against indigenous women received a special screening at the Heard Museum on Dec.18. “Somebody’s Daughter” highlights the Missing Murdered Indigenous Women and Girls crisis in America. Its indigenous director, who goes by the single name Rain in film circles, hails from Lame Deer, a Montana town on the Northern Cheyenne Indian Reservation.

“By the very fact that you came out here tonight, I consider each and every one of you as a part of that coalition of consciousness,” said Rain. He explained that it takes a coalition of conscious-minded individuals to bring to light the issue of MMIWG, but that it will take more buy-in from law enforcement and the government to help families search for their missing loved one.

Rain said that he never intended to be a standard-bearer on the issue, but that he felt compelled to put his filmmaking skills to use in documenting the severity of the MMIWG crisis. A father himself, Rain said he understands how families can live in fear not knowing if their daughter will become the next victim of a heinous crime.

“I have an 18-year-old, she’s growing up into her teen years,” said Rain. “Like everybody who has a teenage daughter will understand, it comes with responsibilities and challenges.” said Rain. He recounted talking to his daughter about the dangers that are out there and what can happen if she finds herself in similar situation as other indigenous families have, searching for a missing family member.

The film highlights a range of issues faced by indigenous women, including murder, substance abuse, organized crime tied to big city gangs and “man camps,” which occur when violence-prone male workers involved in the extraction of natural resources move in immediately beside tribal communities.

The film also covers how criminal activity perpetrated on indigenous women can be compounded by lack of response from local law enforcement in the investigation of a missing person.

The film offers insight into the string of dead ends and grassroots efforts to locate a missing person, often resulting in family members needing to conduct their own search for a loved one who has gone missing.

After the film concluded, a discussion panel was hosted with speakers from grassroots and tribal communities in Arizona, facilitated by Arizona Congressman Greg Stanton. The panel included Gila River Indian Community Lt. Gov. Monica Antone, who has been instrumental in advocating for more resources to solve MMIWG cases.

“It is good for everyone involved in bringing resolution to this growing issue and for coming out to watch an emotional film on a problem that affects us in one way or another,” said Lt. Gov. Antone.

Other representatives on the panel discussion included Dr. Kate Fox, Arizona State University and Valaura Imus-Nashsonhoya, the Executive Director and Founder of Honwungsi Consulting Services. Hongwungsi is a consulting service that assists with cases involving missing persons from tribal communities.

Lt. Gov. Antone also discussed the important work being done on the issue by a state legislative study committee and at the grassroots level. She thanked state Sen. Jennifer Jermaine and Jamescita Peshlakai for their work and Rep. Stanton. Antone also cited the commitment of family members, many of whom have lost loved ones, in bringing MMIWG to greater prominence in the public eye.

Stanton, the Congressman, called the epidemic of missing and murdered indigenous women “tragically one of the most underreported, underdiscussed and underfunded tragedies in America today.”

He said everyone has work to do to bring to light the severity of the crisis and to win justice for the victims. “Here in Arizona, we have the third-highest number of missing and murdered indigenous women and girls in the country,” said Stanton. “Far too often, when native women are murdered or they vanish, we rarely see their faces or hear their names in the news.” 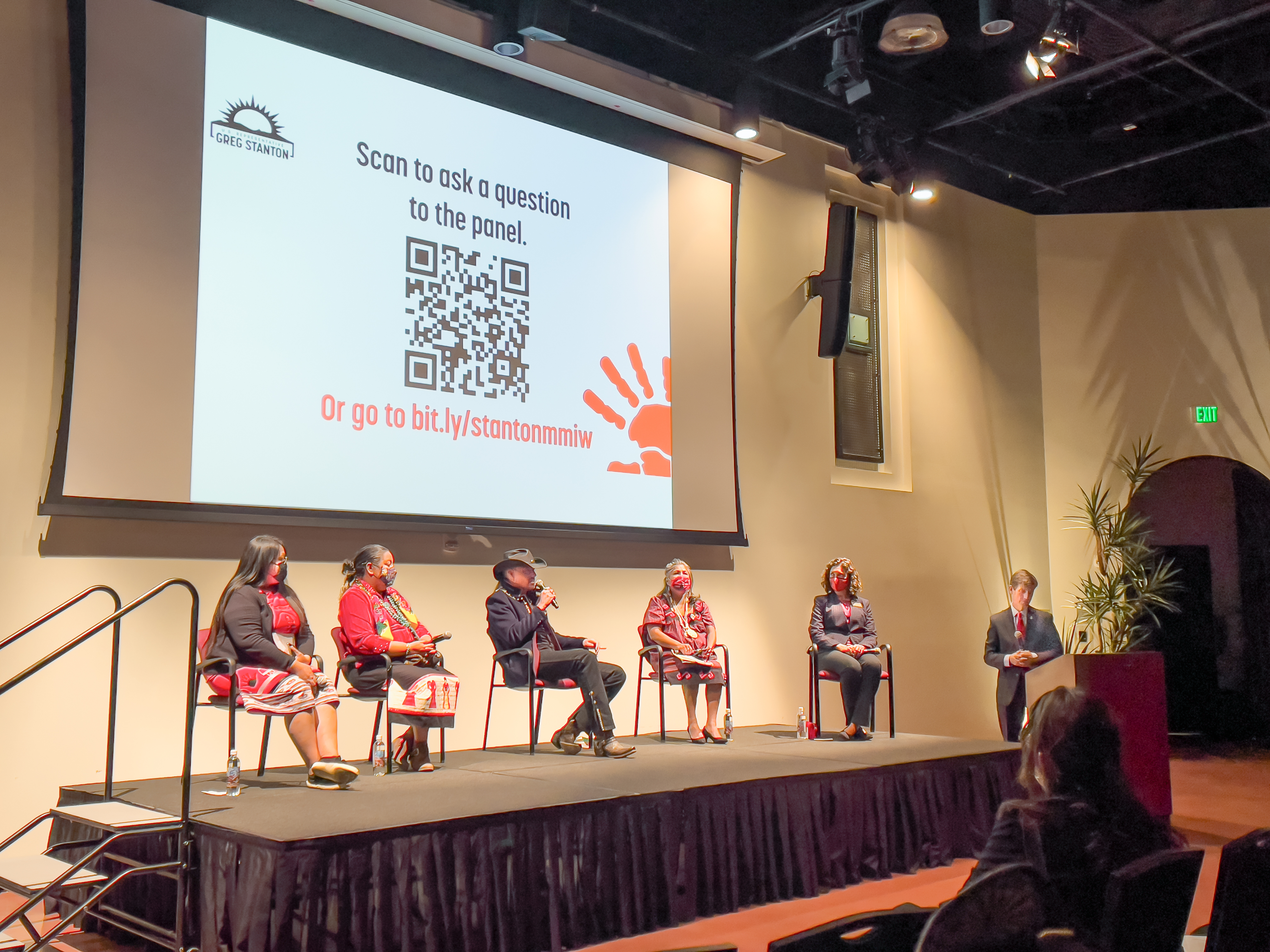 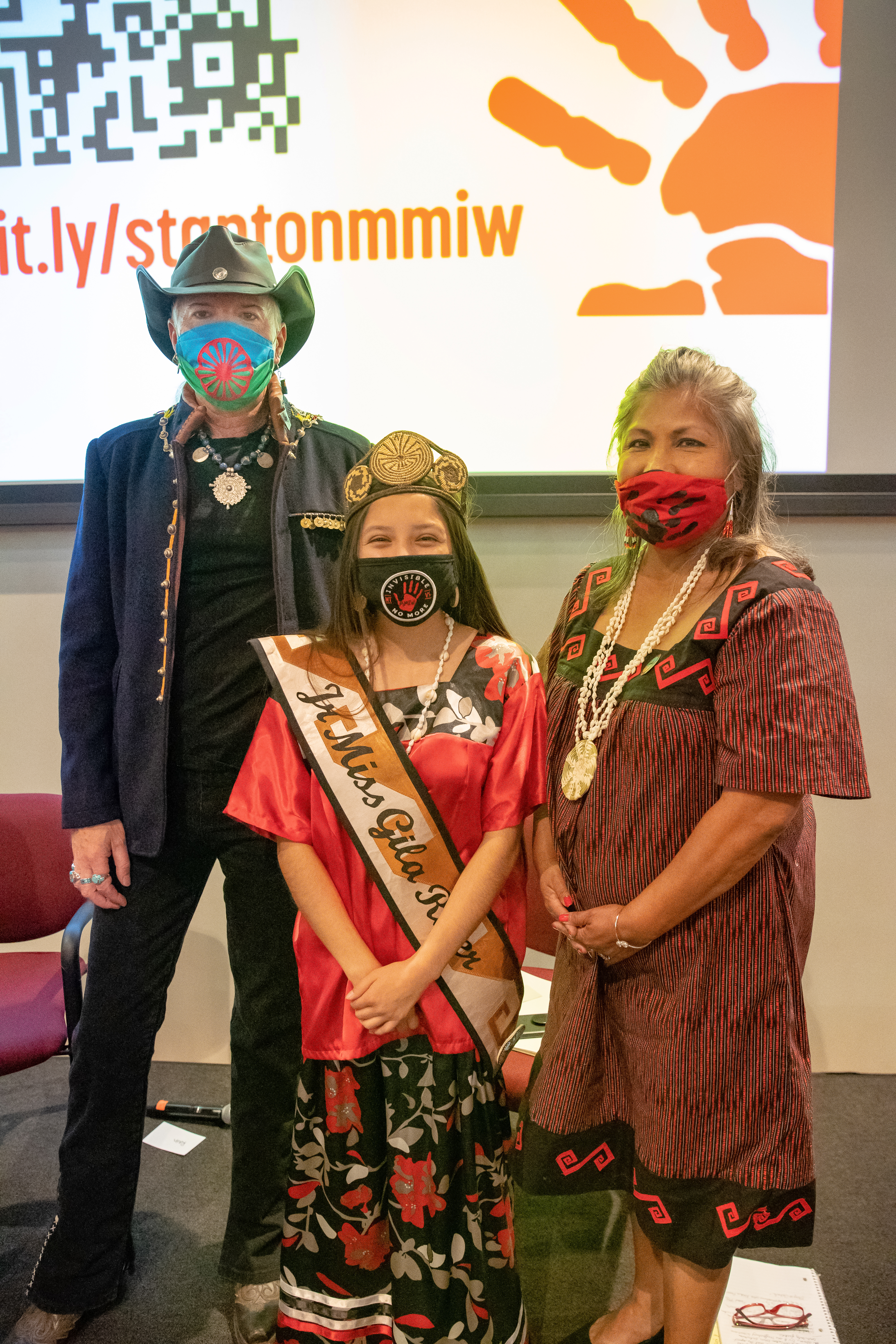