The bird count is a way for Community members and bird enthusiasts to track the winter migrations of feathered visitors to GRIC. The effort was assisted by Prof. David Pearson of the Arizona State University School of Life Sciences.

“This is a wonderful opportunity to work alongside the Gila River to document how many birds are visiting the Community,” said Pearson. He estimated that the number of bird species who visit GRIC can increase by as many as a hundred-new species annually.

During this year’s winter bird count over 200 bird species were documented in the Community, with a majority of them finding their way to MAR 5 to nest. Pearson said many of them are looking for sanctuary and happen to find a stopping place in the lagoons and waterways of GRIC.

Based on the yearly trend of bird migrations, climate change is one of the contributing factors to more and more birds making their winter home in the Community, said Pearson. The MAR 5, with its lush environment, serves as a hospitable zone for water fowl like the mallard duck, northern harrier and great blue heron.

“This year I was pleased [we] were able to open it a little more. We had a number of Audobon members come out and Community members who came out,” said Tison Gill, DEQ Environmental Education & Outreach Specialist. “It was nice to go out in the field again to have a good time and collect a lot of data,” said Gill.

Gill said the team collected data from six different sites across the Community. “Each year we try to do it at the same time just because of the migration of the birds.

Depending on what time of the season the bird count is conducted, Gill said it can drastically change the data collected due to the migratory patterns and other environmental factors.

“I think we identified 200 species this year,” said Gill. “Ever since MAR 5 was … fully running with water and the plant life that has come to it, we’ve seen an uptick in bird species.”

During an online broadcast of a pre-recorded segment about this year’s winter bird count, data collected from each of the sites surveyed was presented to viewers. From the data collected at each of the six sites, there were 126,397 birds counted, with an average of 37.16 percent of different species per location.

Johnson encouraged Community members to learn more about the birds, their habitat and how their migratory patterns have shifted in part due to climate change.

“We have these changes in our climate and these birds let us know how it is affecting us globally and (locally),” said Johnson, who stressed the importance of cultural and individual responsibility to the viewing audience.

Lt. Gov. Monica Antone also addressed the viewers, especially youth who can pick-up a book provided by the Tribal Education Department on birds and their traditional Akimel O’otham and Pee Posh names.

For Woodrow Crumbo, DEQ Wildlife Biologist and Wildlife Management Program Manager, it was good to have the in-person bird count to help collect data on migratory birds.

“It’s always a lot more fun when you have more participants and you’re learning something,” said Crumbo. 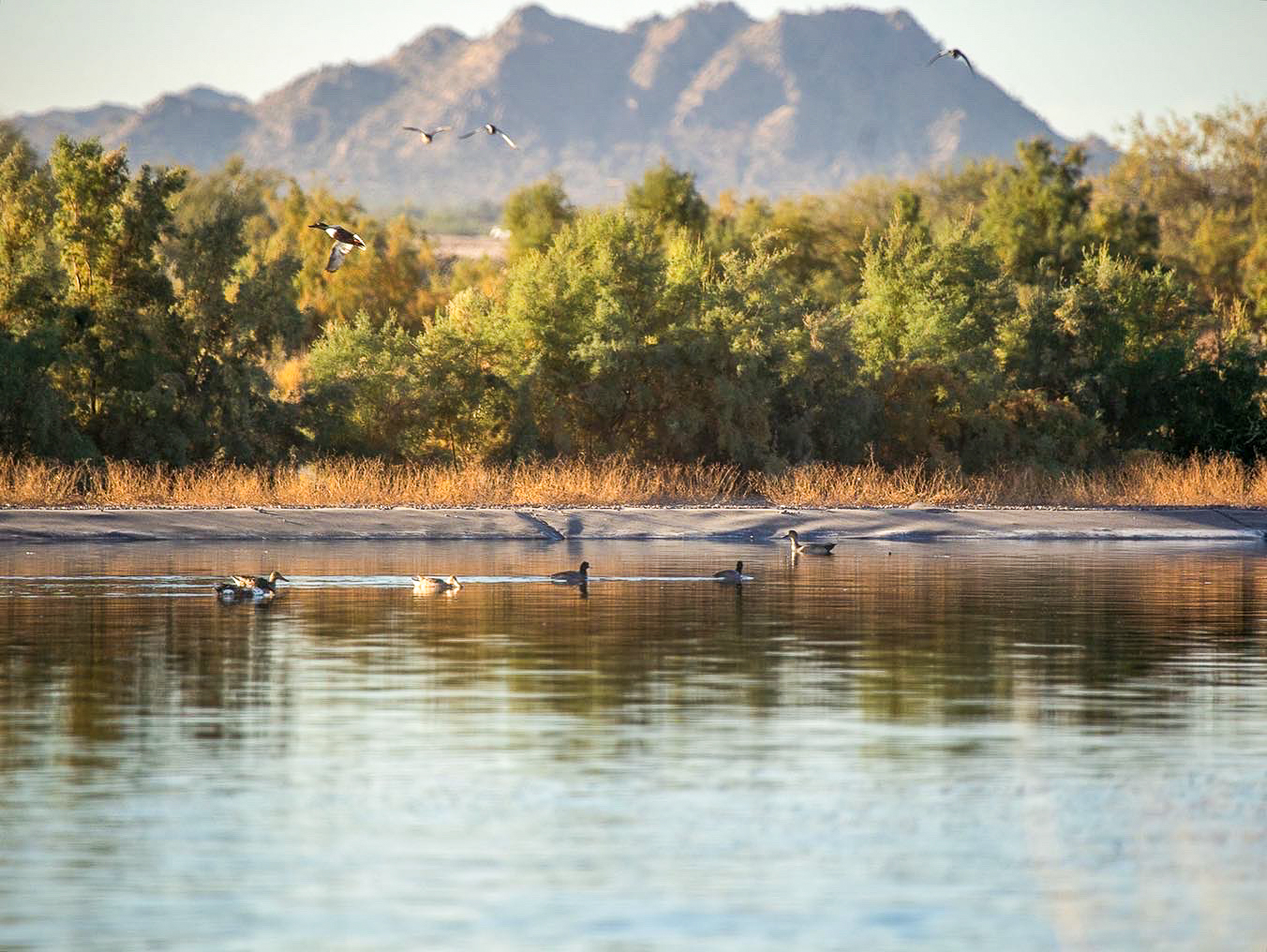