A documentary by the Gila River Broadcasting Corporation (GRBC) featuring all Indigenous talent premiered June 21 at the Heard Museum in Phoenix. “She Still Walks Among Us” illustrates the story of the Salt River Pima-Maricopa artisan Royce Manuel. The film was co-directed by Cordell Parker, Navajo, and Marissa Johnson from the Salt River Pima-Maricopa Indian Community.

The film was televised simultaneously on GRBC channel 29.1 for viewers to watch at home.

“This was an all-Indigenous production from the filming, editing and writing,” Parker said. “Every aspect was done within both GRIC and SRPMIC communities. I am so happy we were able to create this film and help the general public understand the value of filming our own stories.”

GRBC Executive Director Clarice Chiago-Jones said she can’t wait for the public to view their future productions. “I am so proud that people could see the wide range of talent GRBC has,” she said, adding that they can produce films now as well as shows and hybrid/virtual events. She also served as an executive producer for the film.

After Johnson approached Parker about the idea of filming the walk, they decided to develop it into a documentary film. “Filming is a passion of mine, so I thought it was a cool idea to film it and highlight the walk,” Parker said. “Then it snowballed into a public walk with more than 30 participants. This led to sharing Royce’s story about relearning the construction of the ‘Kiaha’ (burden basket).”

He added, “As an indigenous person, it’s good to be able to help my colleagues and friends capture their people’s stories and elevate the conversations and ultimately have a good look in the mirror and reflect on the ways we can make our communities better.”

Production for the film took place from May to August 2021 and features interviews with Manuel and his family and apprentices, footage of the burden basket construction, and documentation of Johnson’s walk in June 2021.

Currently, GRBC airs the film on its channel periodically, but it aims to submit the film to festivals in the future. In addition, Parker said, “We hope the film receives broader attention to Indigenous self-determination and reclamation of old traditions and cultural values.” 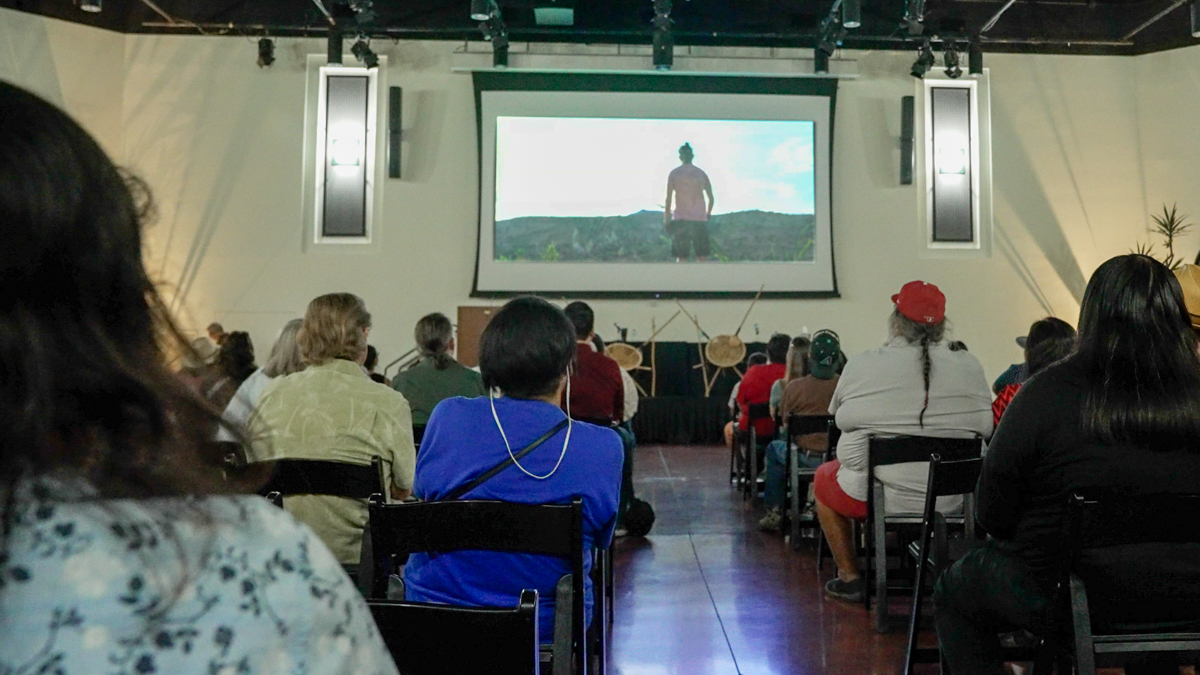