Gov. Lewis addressed the state of gaming for the Community during his talk on “Bigger, Better, and Balancing in Today’s Indian Country” during the Indian Law Section on the first day. He highlighted the ongoing progress GRGE is making on behalf of the Community since signing the new 2021 Arizona Gaming Compact. His presentation focused on how tribal attorneys remain instrumental in the partnerships and compacts required for tribal gaming to progress into the 21st century.

“Here within the Community, we have the largest gaming operation in Arizona,” said Gov. Lewis. “It was an important goal that every tribe, whether they were non-gaming, would benefit in some way from this gaming compact.”

Since the signing the new 2021 Gaming Compact, one of the most significant accomplishments for the Community is the construction of its fourth casino, Santan Mountain Casino, in District 4. The $150 million project broke ground in October 2021 and is expected to open in 2023.

During his speech, Gov. Lewis also praised the decision to include sportsbook betting in the Gila Resorts & Casinos.

“We were the first to roll out sports betting within our gaming facilities,” he said. “As you know, sportsbooks have recently come to Arizona, and Gila River is proud to be at the forefront of sports betting in the state of Arizona.”

Closing out his remarks, Gov. Lewis emphasized how gaming benefits tribes and their neighbors thanks to good partnerships.

“Gaming revenues provide so much in housing, infrastructure and the basic needs for the Community,” he said, “but we continue working closely with the City of Phoenix and City of Chandler to improve the roadways and other infrastructure to accommodate public safety concerns as well the anticipated increase in visitors.” 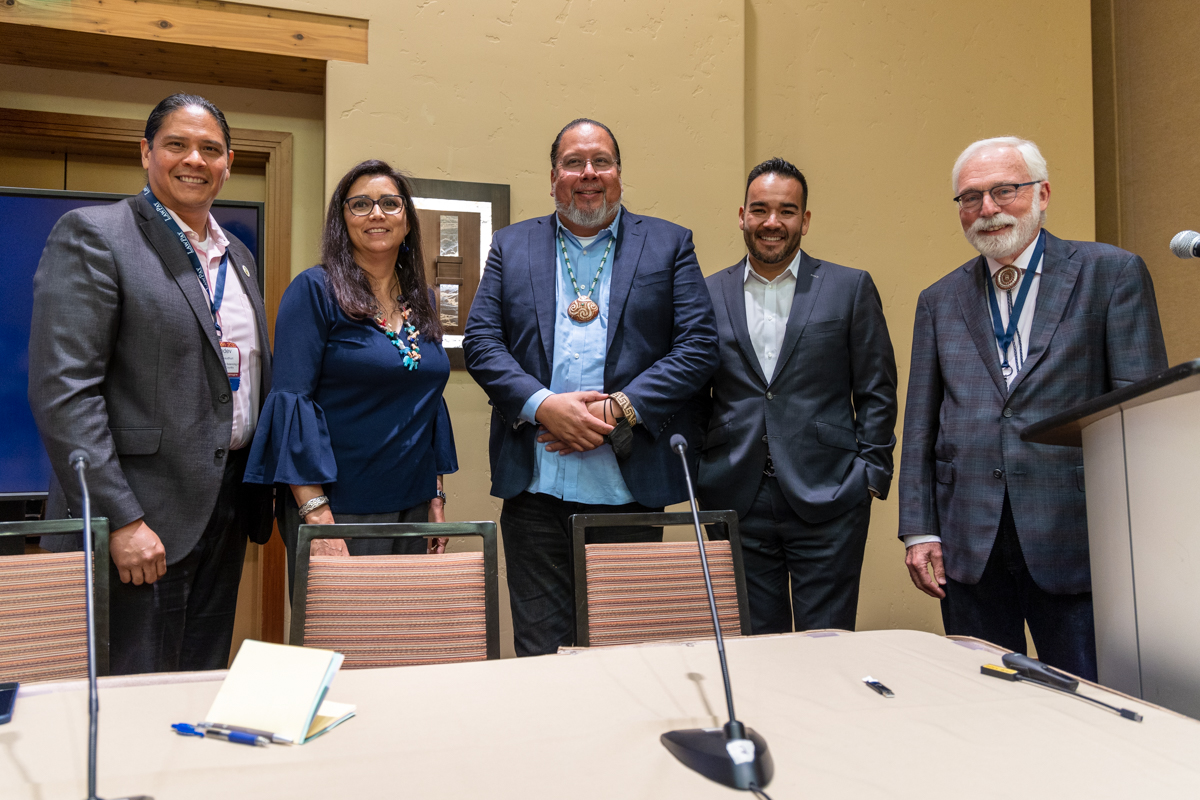