Hundreds of Community members celebrated the Fourth of July holiday early with a limited in-person drive-thru event at the Sacaton Fairgrounds in District 3 and Kalka Park in District 6 on June 25.  Families received giveaway items  and boxed meals, and they enjoyed entertainment and a spectacular fireworks display to end the night.

Governor Stephen Roe Lewis attended both events, first at District 6 and then District 3, to provide remarks.

“Tonight, across the Community, we are celebrating, and I thank you all for coming out,” said Gov. Lewis. “This is the first time we’ve had any real big celebration in two years, so let’s thank everyone that made this event possible.” He recognized all the extra support staff and volunteers required for both events.

Tribal Recreation and Wellness Manager Angel Orque, said, “We wanted to do something for the Community but had to adjust the approach to planning.” Orque was happy because every district and new tribal departments assisted with the event, a collaboration missing from past years. “We’re just happy to have been able to do something this year for the Community and have fireworks to share with all the families tonight,” she added.

Lt. Governor Monica Antone opened the evening at District 3, saying she was excited to see many cars line Seed Farm Road in Sacaton.  “After all we’ve been through the last two years, it feels really good to be back at the Mul-Chu-Tha Fairgrounds again,” she said, adding, “This is probably the biggest event I’ve been to in the Community in a long time.”

Districts 3 and 6 featured the same programming for the night.  After families received meals, they used their vehicle radios to listen to the on-stage entertainment. First, District 3 featured comedian Teresa Choyguha and music by Dfaktion 9 and Gertie N’ the T.O. Boyz. Then District 6 hosted comedian Wolf Brown and music by One Way Sky and O’odham Traditions.

District 4 Community Council Representative Regina Antone volunteered at the District 3 site assisting with the distribution line. She helped everyone get their giveaway bags and meals throughout the evening.

“I personally want to thank everyone involved in the success of this event, from the volunteers to all the employees who came out to help,” Antone said. “They have been working for months to make sure this was our first large celebration and a safe event.  I just wanted to express my appreciation and thanks to all who made this a successful event. Your dedication to our Community does not go unnoticed.” 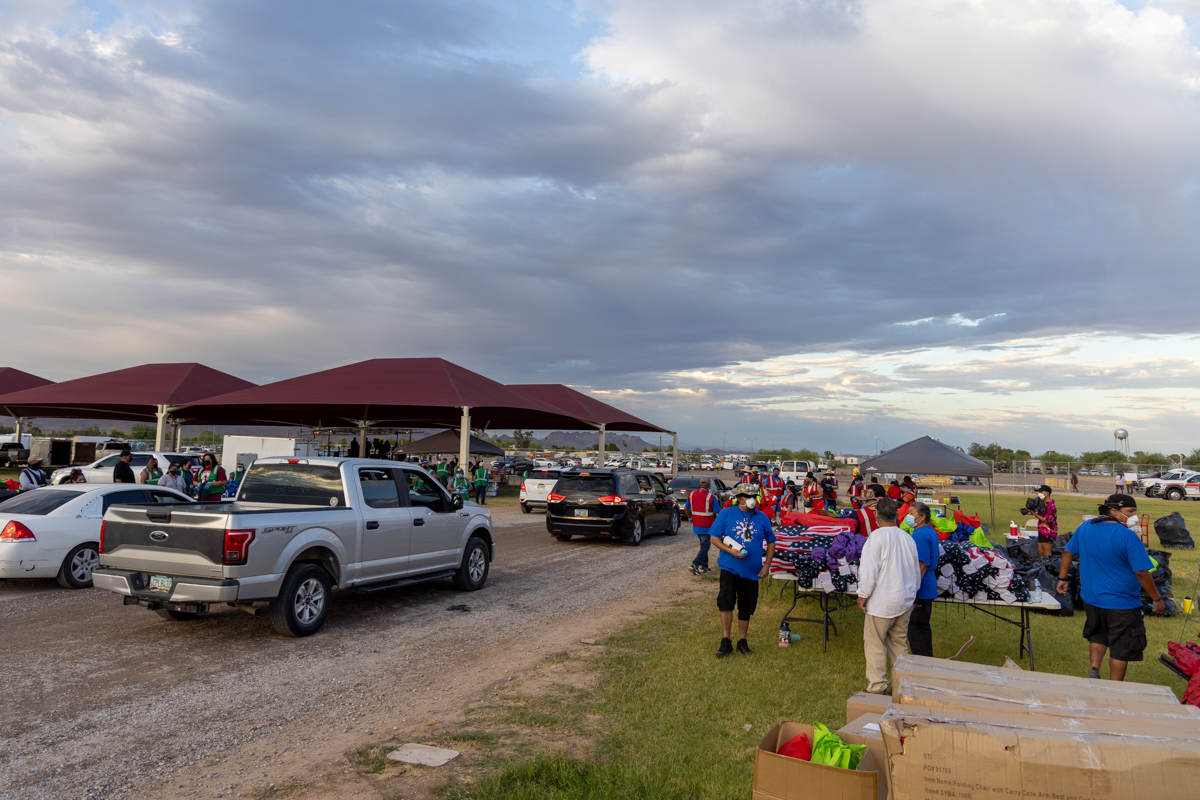 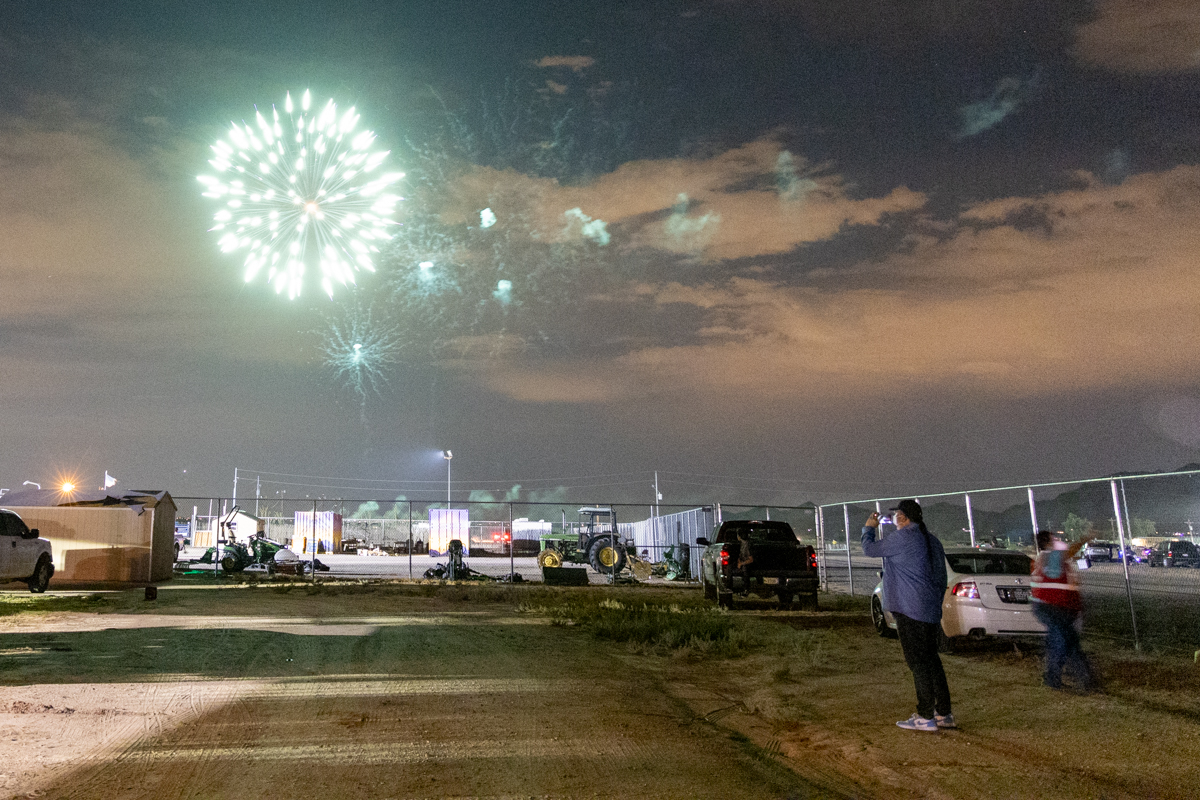 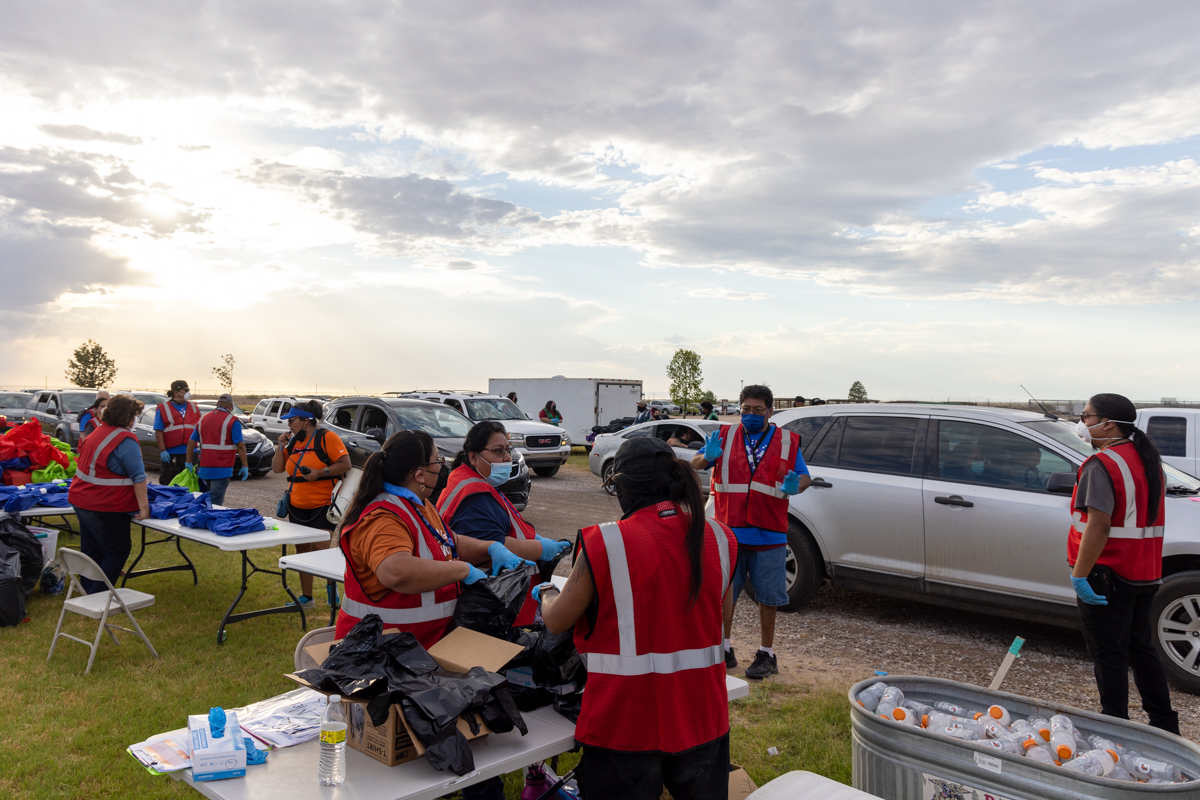