On Sunday, May 28, the Arizona Diamondbacks hosted the team’s annual Native American Recognition Day (NARD) game, attended by  thousands of Native Americans from across the state. As in past years, the game recognized Arizona’s tribal diversity and history throughout the day, including pregame events showcasing dancing from numerous tribes, a tribal royalty procession, and a parade of teams from the 22nd Annual Intertribal Youth Baseball & Softball tournament.

“The Gila River Indian Community is humbled to be here celebrating the Native American Recognition Day game in honor of Indigenous tribes from all over Arizona today,” said Lt. Gov Monica Antone. Lt. Gov. Antone was interviewed during the game for the Bally Sports television broadcast and shared the importance of this occasion.

Lt. Gov. Antone said, “Our culture and traditions and the ways we believe in healing make today special as we all celebrate this day together amongst our people. It was beautiful to see our people dancing throughout the day and on the field before the game.” She also shared that while many tribes give back via charitable donations, this game presented an opportunity for all tribes to “give back” by sharing Native culture with everyone in attendance.

Pregame performances included 100 performers from across the state, including the D7 Bird Singers and Hashan Kehk Traditional Dancers.

Miss Gila River First Attendant 2022-23 Gabrielle Garcia and Jr. Miss Gila River 2022-23 Eliana Rhodes were present for the tribal royalty procession, which was the largest gathering of royalty during their reign thus far. “It’s very important to be here today to honor all the tribes from across the state. I’m very happy to be here and represent the Community,” said Garcia.

“I was excited about this game, and I’m happy to be one of the many tribal royalties here today,” said Jr. Miss Gila River Eliana Rhodes, who added that she was pleased with the turnout of Native Americans in attendance to perform and watch the Diamondbacks take on the Los Angeles Dodgers. 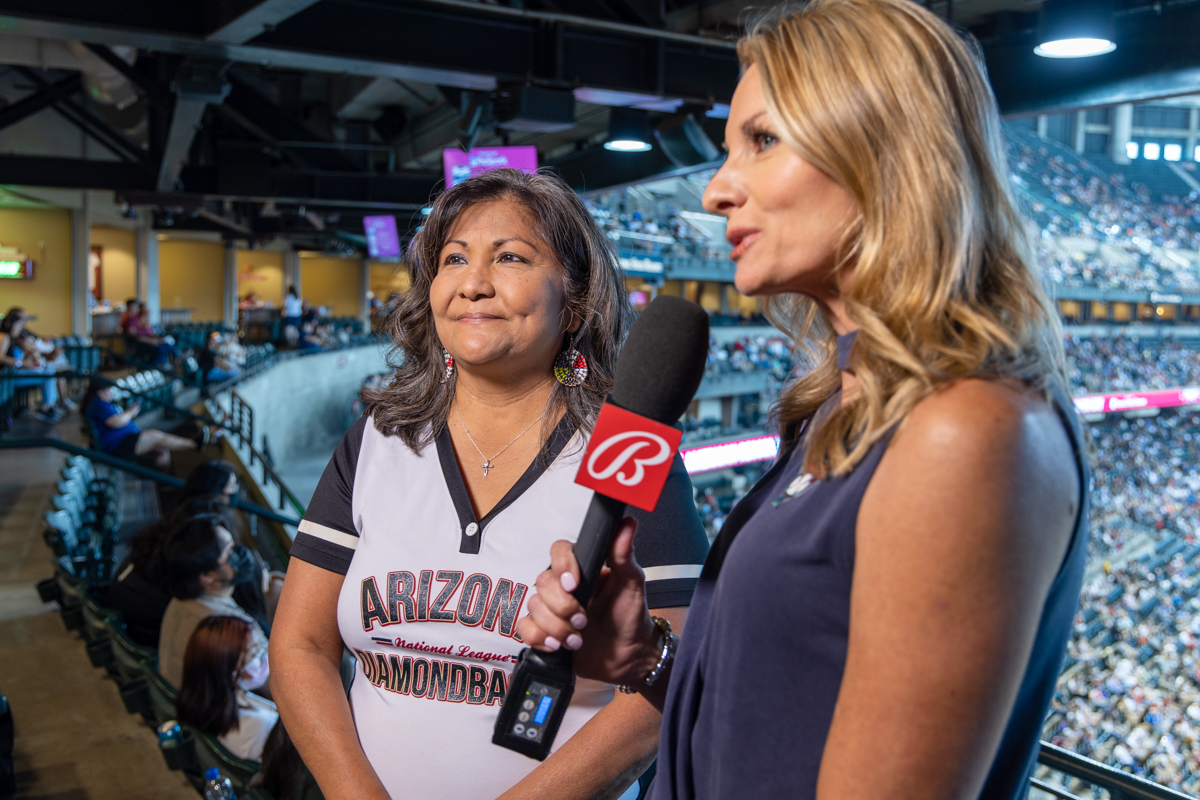 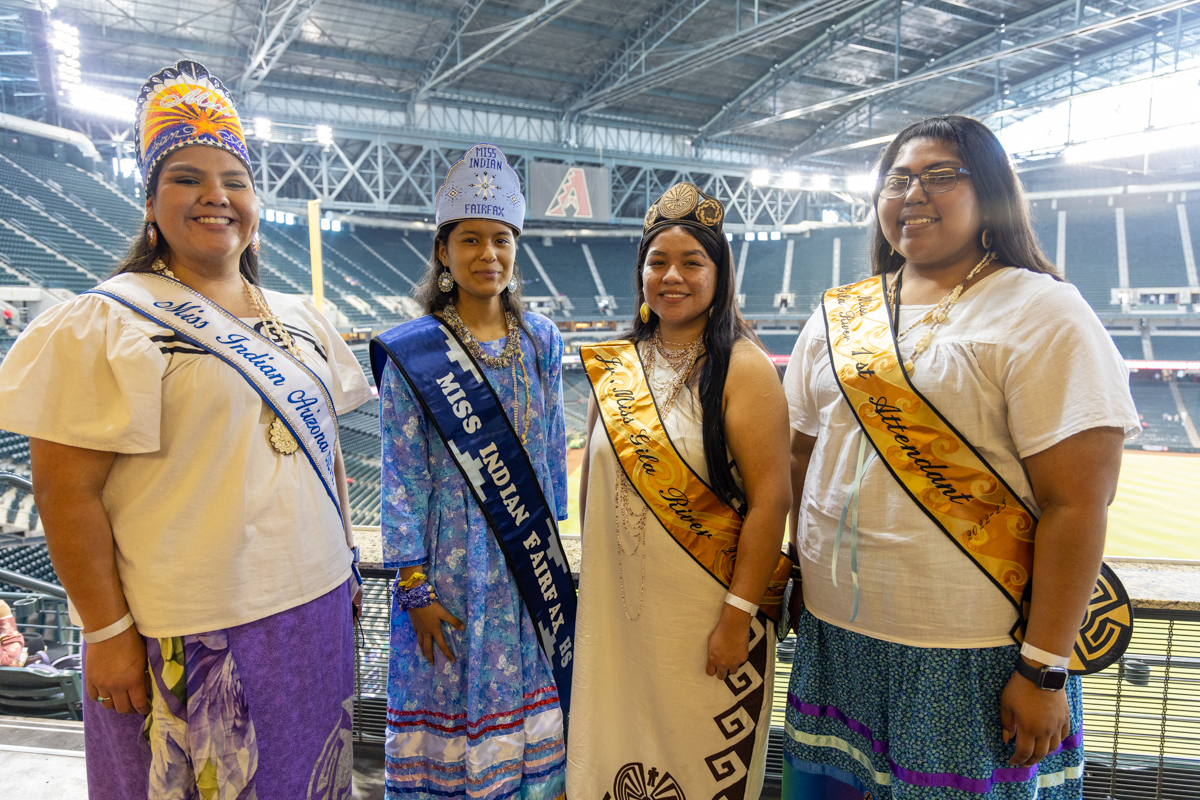 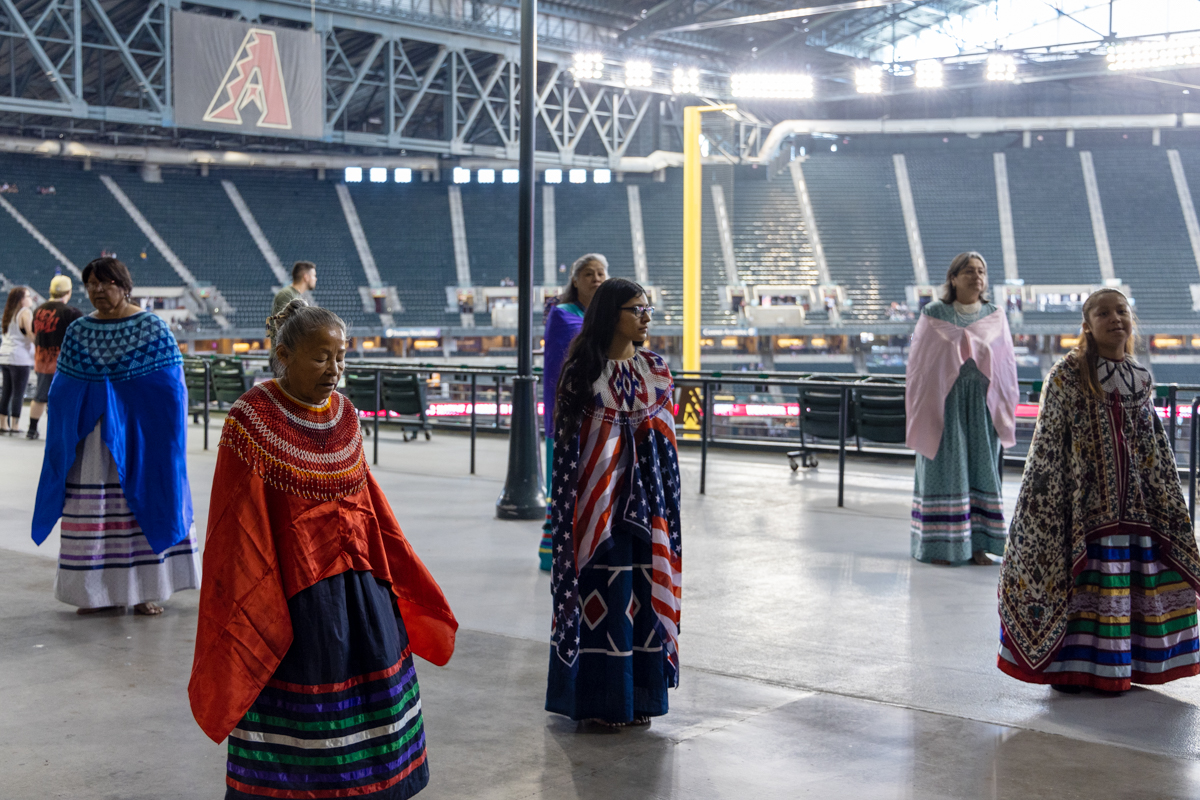 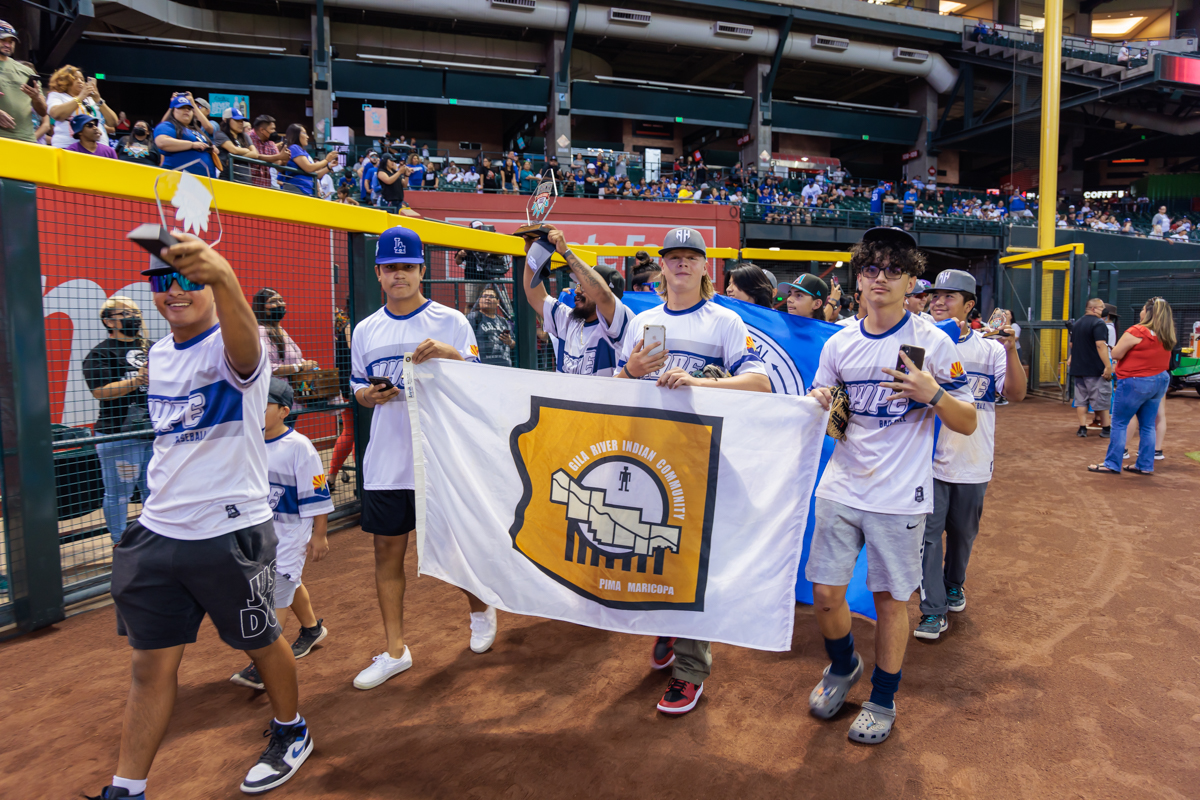