On the morning of Monday May 23, a groundbreaking ceremony for Phase 1 of the Pima-Maricopa Irrigation Project’s Canal 14 was held in District 5.  This project will upgrade existing infrastructure utilizing funding from the Bipartisan Infrastructure Law (BIL) passed in 2021.  GRIC leadership, P-MIP staff, and members of the Hunter Contracting company attended the ceremony.

“The Bipartisan Infrastructure Law is producing an immediate and positive impact in the Gila River Indian Community as the Community seeks to restore its agricultural heritage and economy,” said Governor Stephen Roe Lewis.  He added, “These improvements to Canal 14 are creating jobs and expanding capacity while also conserving water resources by modernizing a century-old irrigation system and transforming it into a modern state-of-the-art system.”

Gov. Lewis attributed the project’s success from BIL passing to the many Arizona congressional delegates who championed the BIL.  Gov. Lewis said, “I want to thank our congressional delegation, especially Senators Kelly and Sinema, and Representatives O’Halleran, Gallego, and Stanton for their hard work in passing the BIL and then in ensuring that these funds were made available in Arizona quickly to help us continue this vital work.”

The Canal 14 project will replace nearly three miles of the existing canal with an improved delivery system.  It is located south of Casa Blanca Road on Snakehill Road in District 5.  These improvements are expected to support local growers in the area and conserve approximately 1,425 acre-feet of water annually.

This project is one of five BIL projects the Community designated for the funds. With construction beginning on May 23, the significant aspects of the project are expected to be completed this fall, near Thanksgiving.  The project will employ up to 50 skilled and semiskilled workers.

“History is being made here.  This is going to be a great thing for everyone, there are about 6 or 7 farmers along this line, and it will better serve them all,” said District 5 Community Council Representative Brian E. Davis Sr.  He recalled the current canal channel being in place for nearly 70 years and welcomed the upgrades as “a long time coming.”

P-MIP Project Director David DeJong anticipates all five BIL project’s completion in the near future. “I want to thank Governor Stephen Roe Lewis for your tremendous leadership. The water settlement began with your father, and you are now providing the leadership for the next generation of the P-MIP system,” said DeJong at the closing of the event. 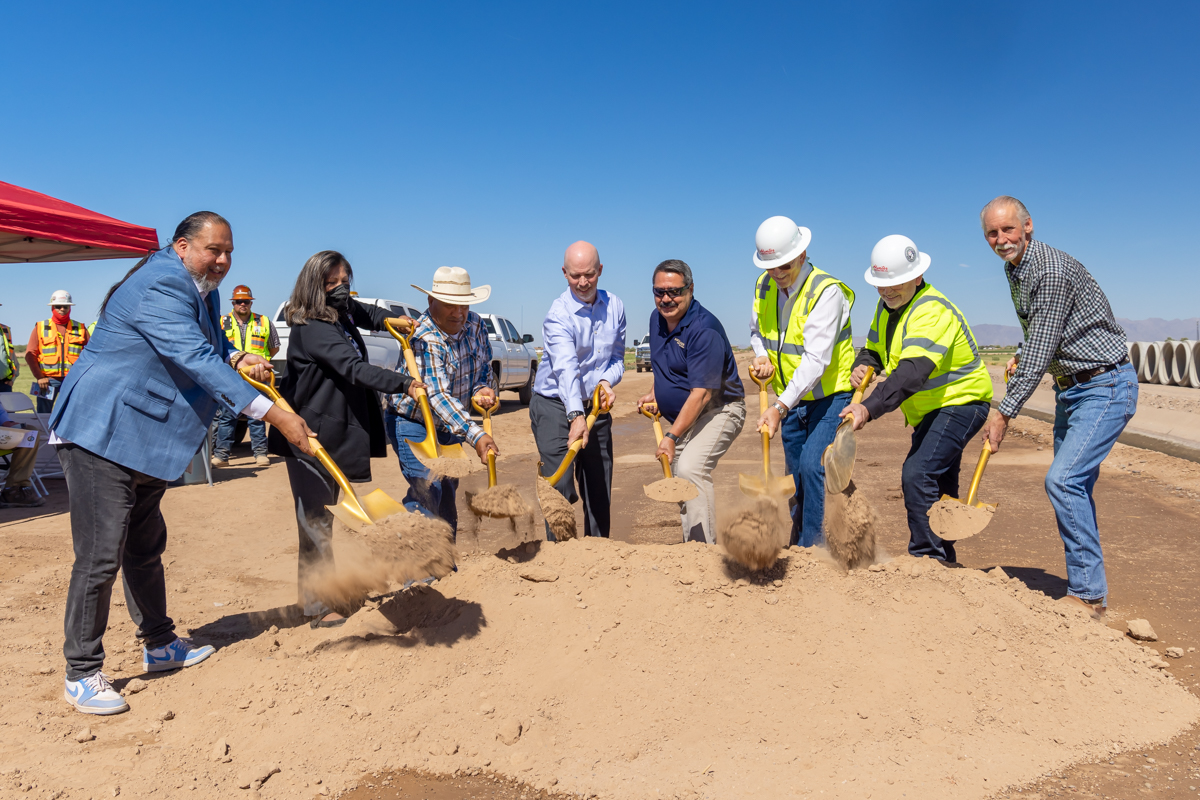 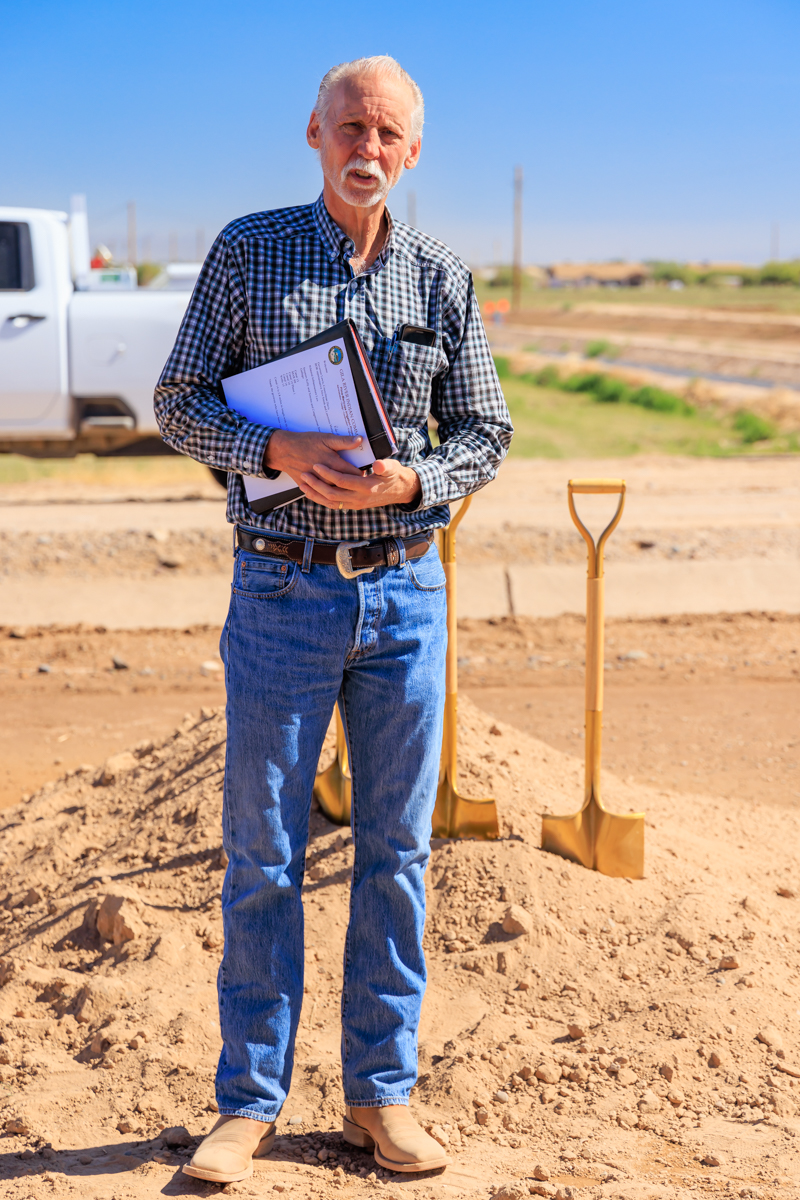 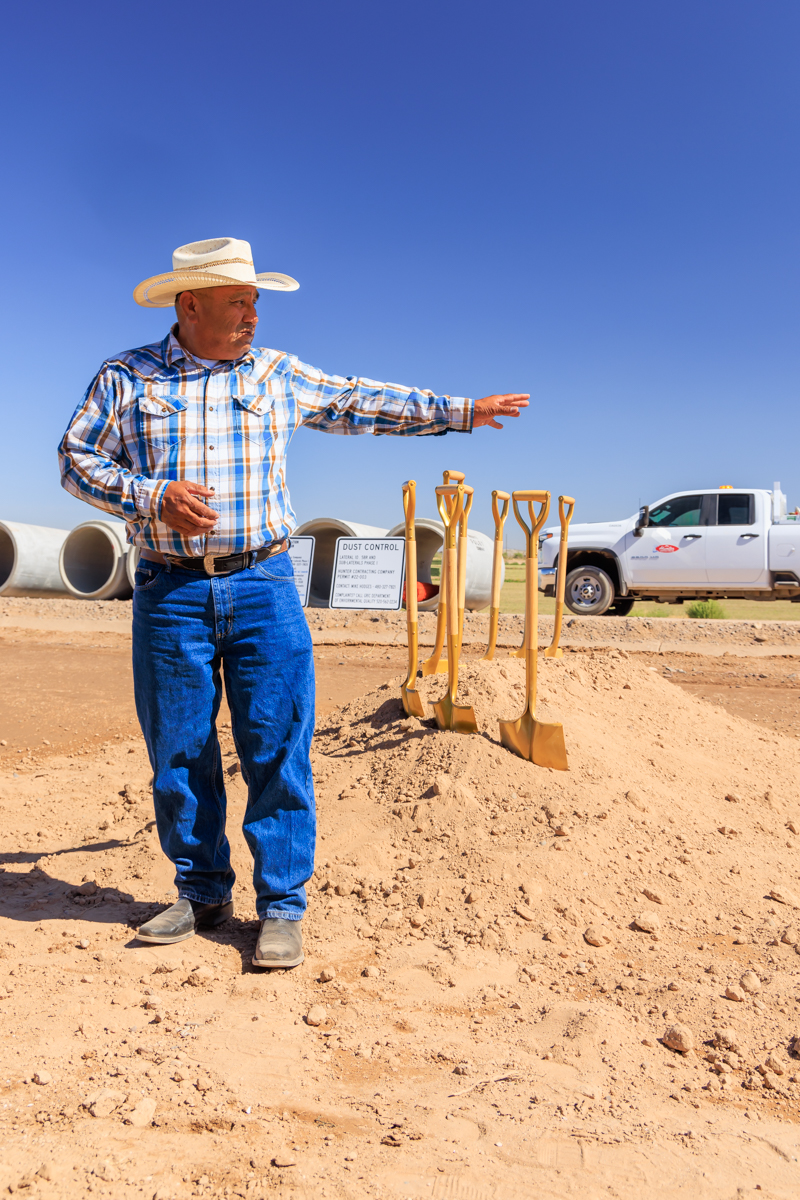