SACATON, Ariz. - In an effort to improve traffic safety for members of the Gila River Indian Community (GRIC) and Arizona drivers, the Community has received $915,000 in Community Project Funding earmarked to upgrade and replace traffic signs in four districts on GRIC land. Rep. Tom O’Halleran visited the Community on the afternoon of Friday, May 20, 2022, to present the award to Governor Stephen Roe Lewis.

The Community maintains approximately 340 miles of U.S. Bureau of Indian Affairs roads which serve GRIC members and travelers between Phoenix and Tucson and in the East Valley. While federal highway funding was utilized to replace and upgrade about $200,000 in outdated or missing signage in three of the Community’s seven districts, the signage project stalled for lack of funding.

The $915,000 federal earmark will allow for the completion of the signage safety project in Districts 3,4,5, and 7, making travel safer across the sprawling reservation.

“It is no exaggeration to say that this funding will decrease the number of motor vehicle accidents in the Community,” said GRIC Gov. Stephen Roe Lewis. “This funding will save lives. That’s why this is critically important to the Community, our families and everyone who drives on Gila River lands.”

Rep. O’Halleran said he anticipates additional collaboration with the Community on important projects.

“I was honored to visit the Gila River Indian Community today to talk with Governor Lewis and Community leaders and celebrate the $915,000 community project funding I secured to improve traffic safety and signs in GRIC,” the Congressman explained. “I’m looking forward to continued work together to improve tribal infrastructure and address long-overlooked needs.” 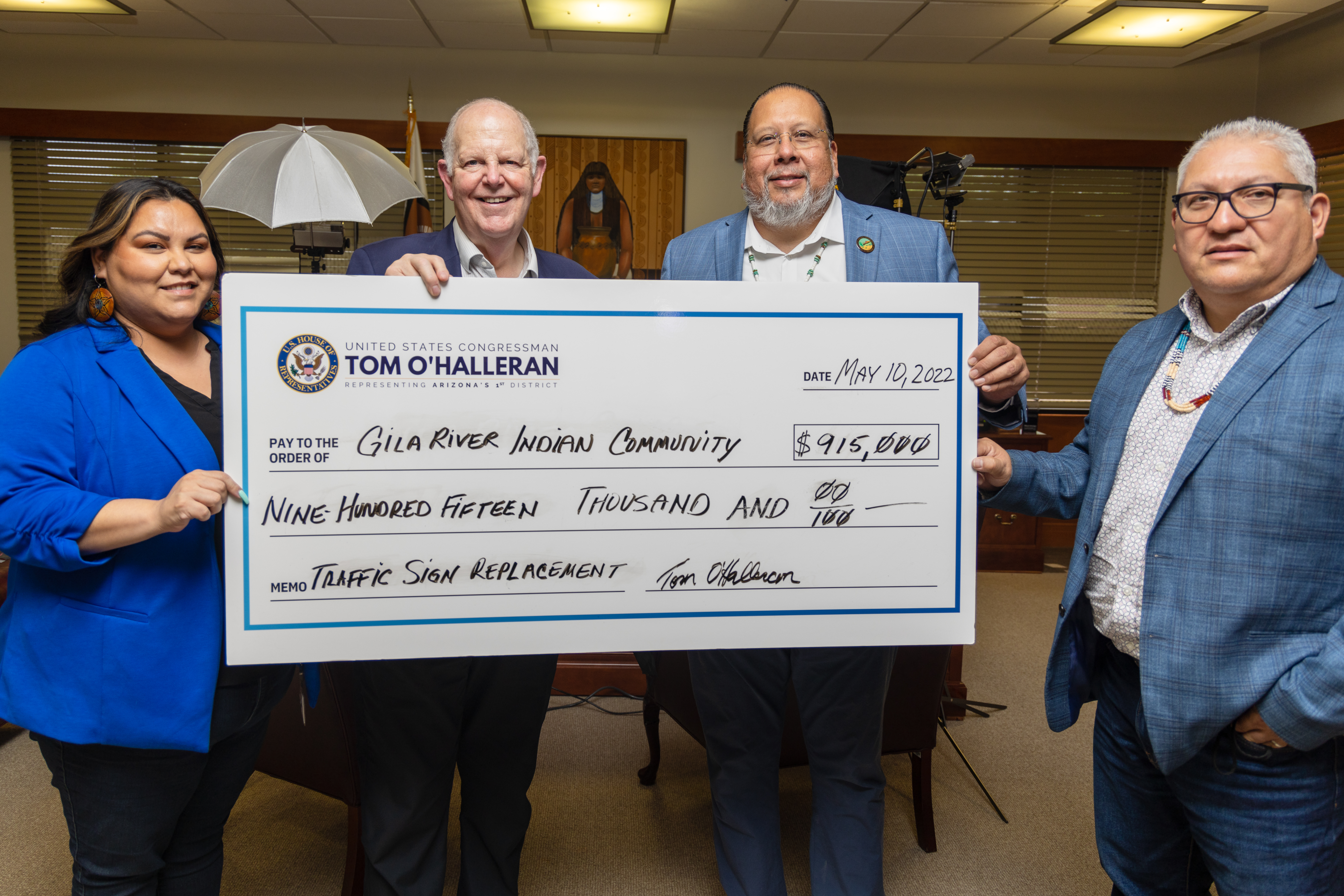 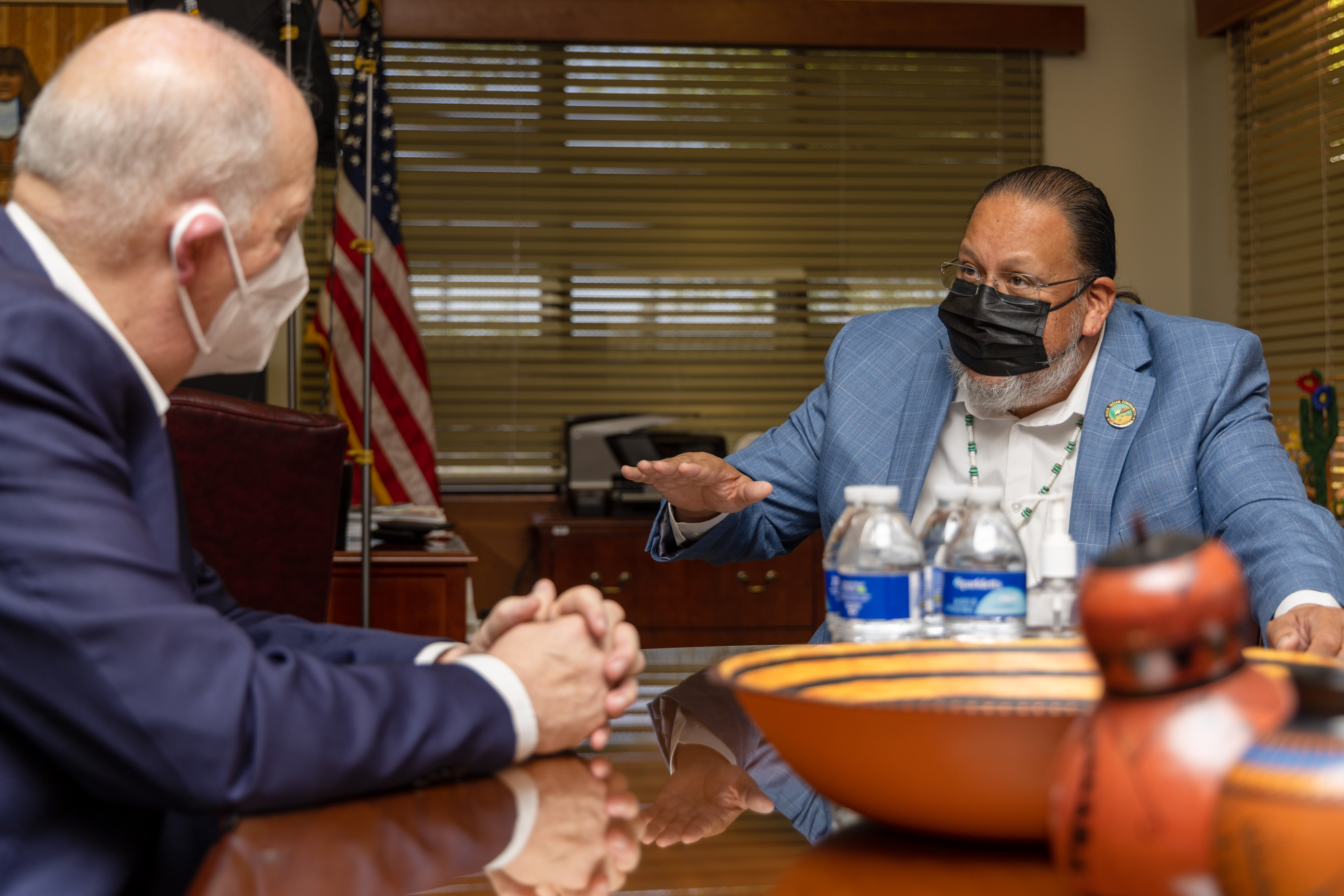