GRIC Artists Band Together for the Love of Art and Skateboarding

ArtSpace West at Arizona State University’s West Campus in Glendale is hosting the “Boardz & Arrowz” exhibition in March, featuring over 40 one-of-a-kind skateboard decks up for auction.

The decks were designed by Native American artists from all over the country, including eight by artists from the Gila River Indian Community (GRIC). Proceeds from the auction will go towards constructing a new skate park in the GuVo District on the Tohono O’odham Nation.

Organizers set a goal of 40 skateboards so the auction would make a financial impact, but when they didn’t meet that, District 6 artist Zachary Justin, through his network, found other GRIC artists to contribute and reach the goal.

“Once I got the boards to everyone, they had a week-and-a-half, a short turnaround, to get it done, but got it done,” said Justin, who also designed a skateboard for the auction. When asked what inspired him to contribute, he said, “I used to skate when I was a kid, so contributing to getting a park built is really something. But it’s really just the love for art and being able to represent the Community.”

District 5 artist Angelo Cortez contributed his “Long Distance Traveler” board. He also skateboarded as a youth and remembers how far he had to travel to go to a skatepark as a kid. His support draws from that experience, and he is happy that the youth of the rural GuVo District in the southwest region of the T.O.N will have a skate park close to home.

“It really makes me feel good to know I contributed my part and give a little to the funding for a skate park, and being a skateboarder, we know there can never be enough skate parks,” said Cortez.

Jacob Meders (Mechoopda/Maidu), assistant professor in the New College of Interdisciplinary Arts and Performance at ASU West, led the event and auction organization in collaboration with Cowtown Skateboards. The company’s website includes this quote from Meders: “This exhibition/fundraiser is a fine example of the power in our Native and SK8 communities. Even with all our individual struggles we stand up and unite to help each other.”

The exhibition is open to the public from noon to 5 p.m. Mondays through Thursdays at ASU West’s “ArtSpace West,” 4701 W. Thunderbird Road, through March 31. A full list of artists along with more information on the exhibition, auction, and photos of the skateboards is online at cowtownskate.org. 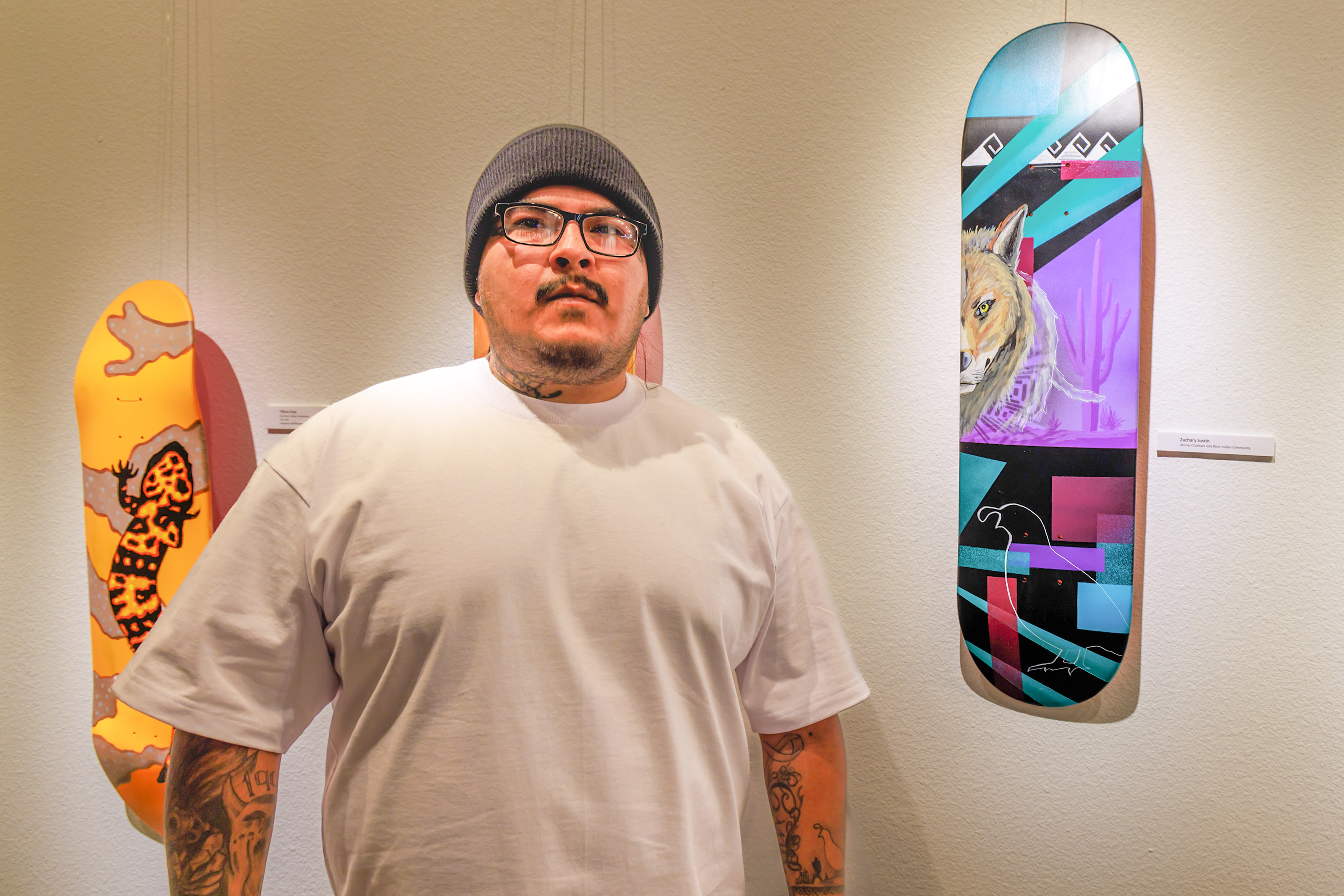 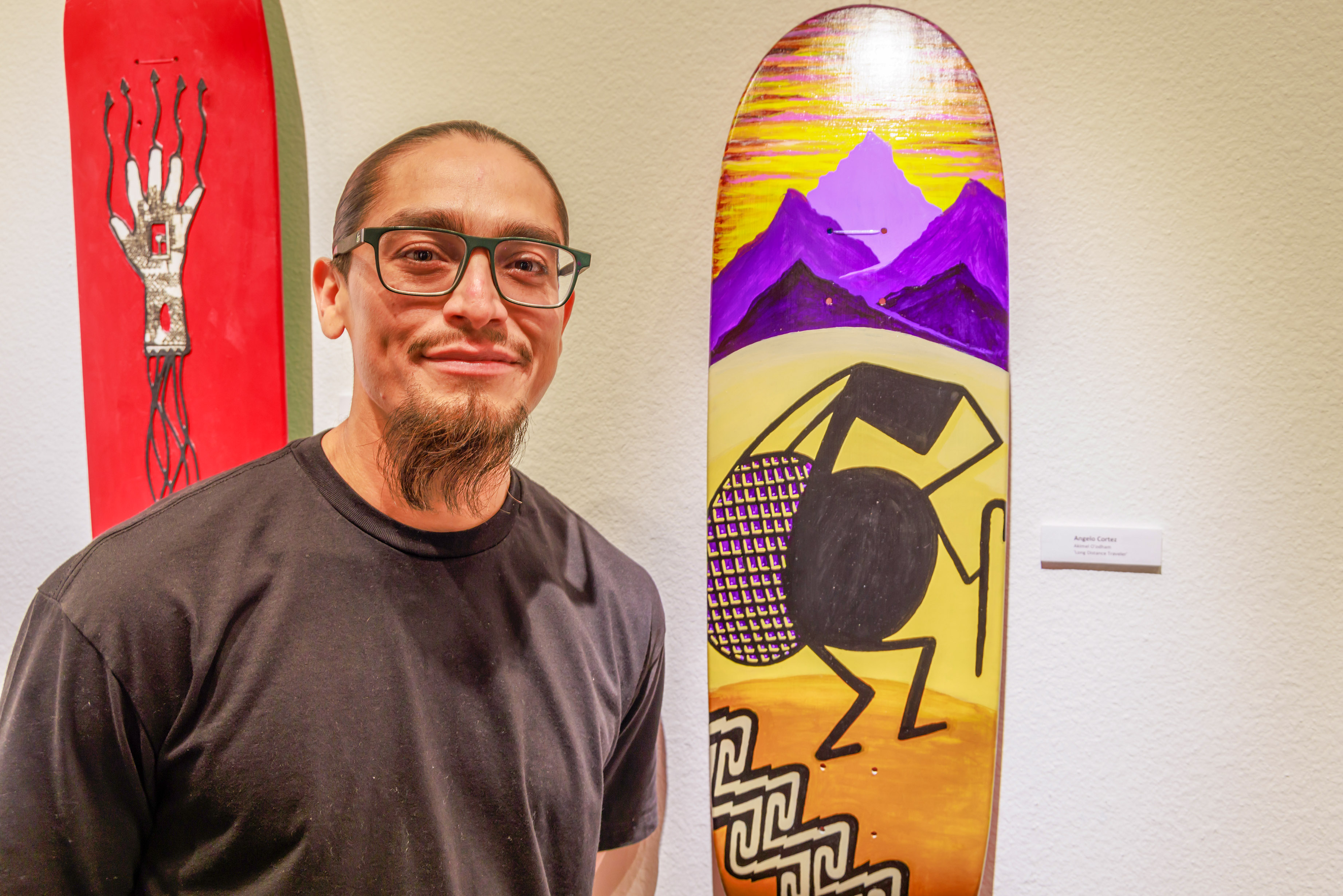 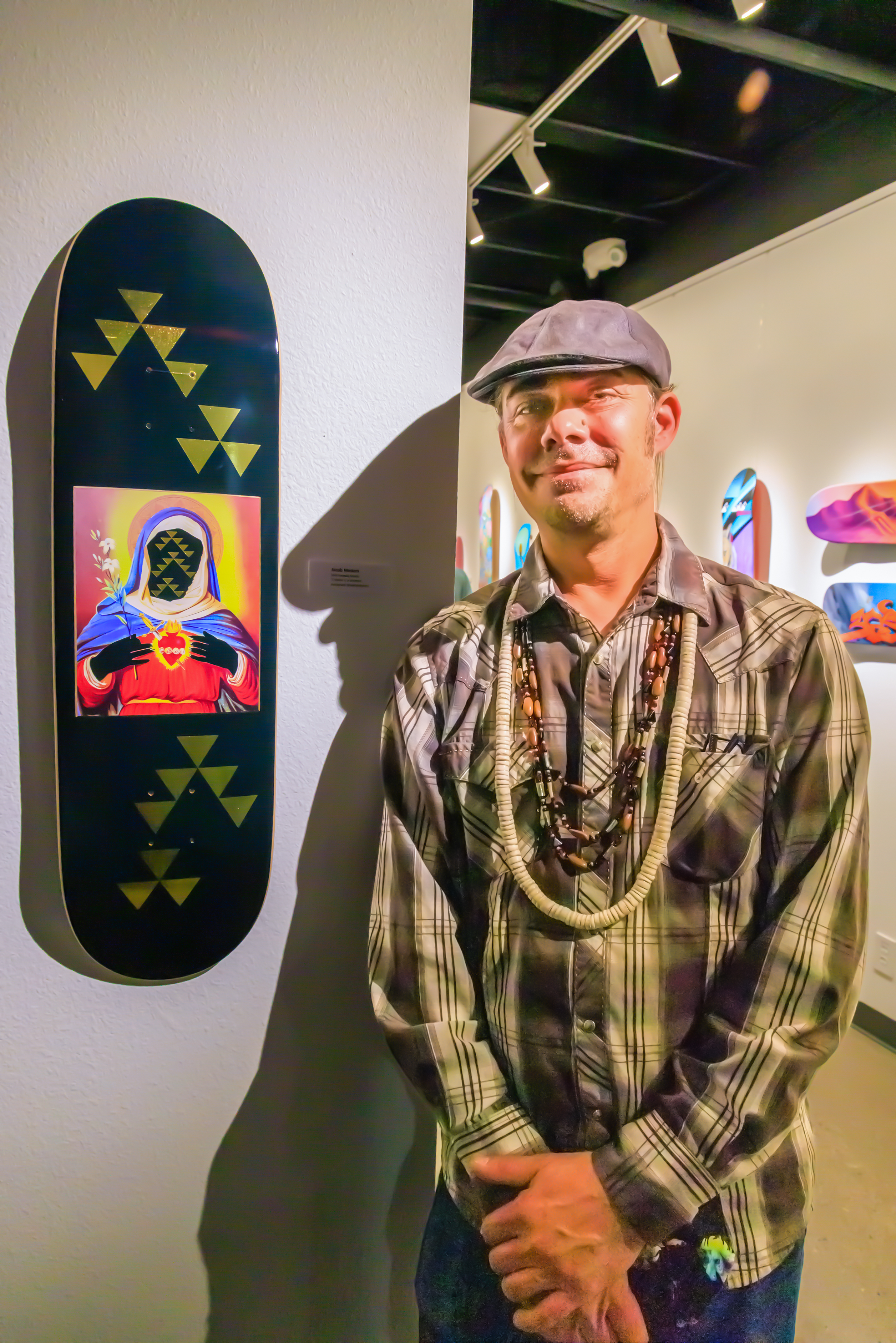 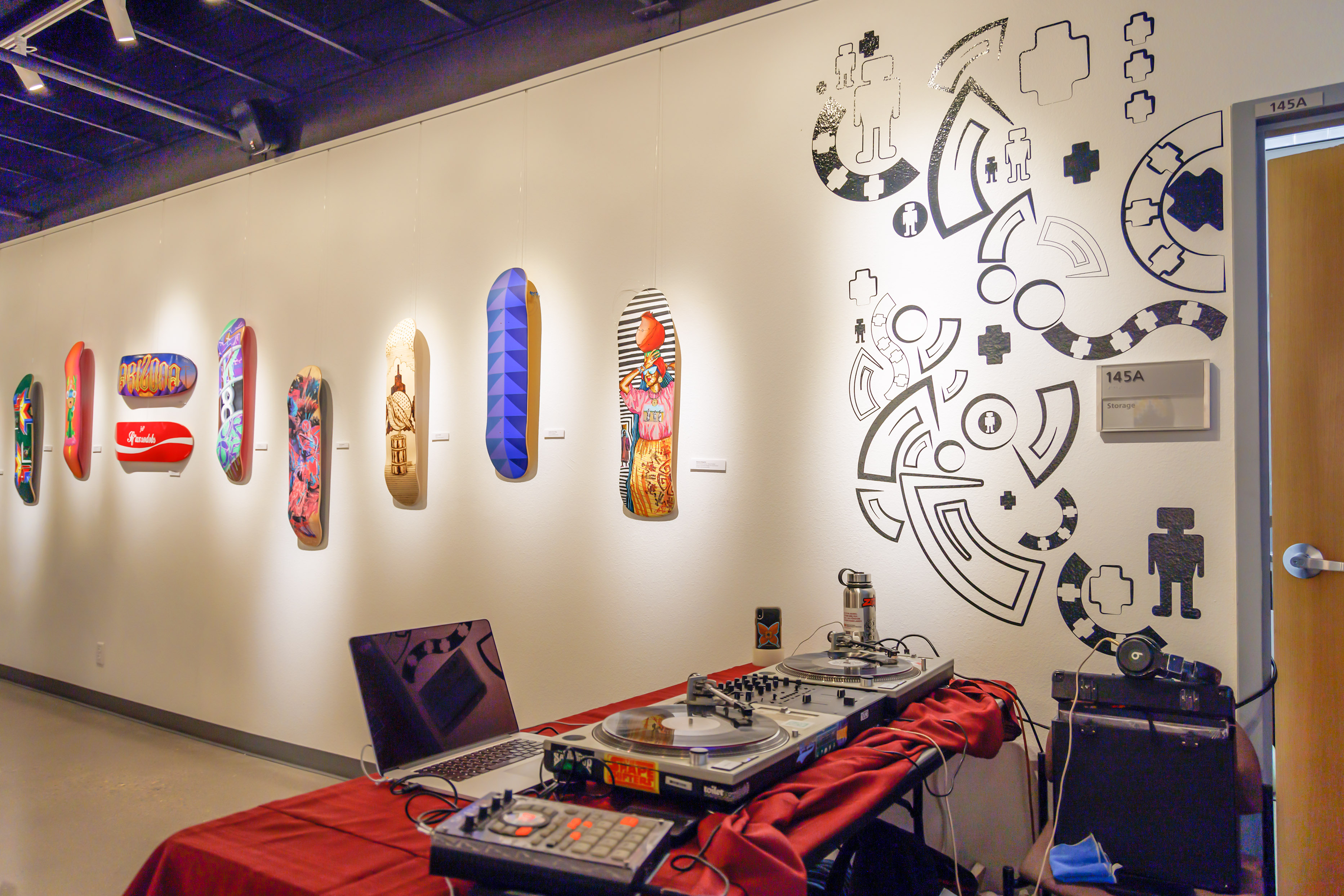 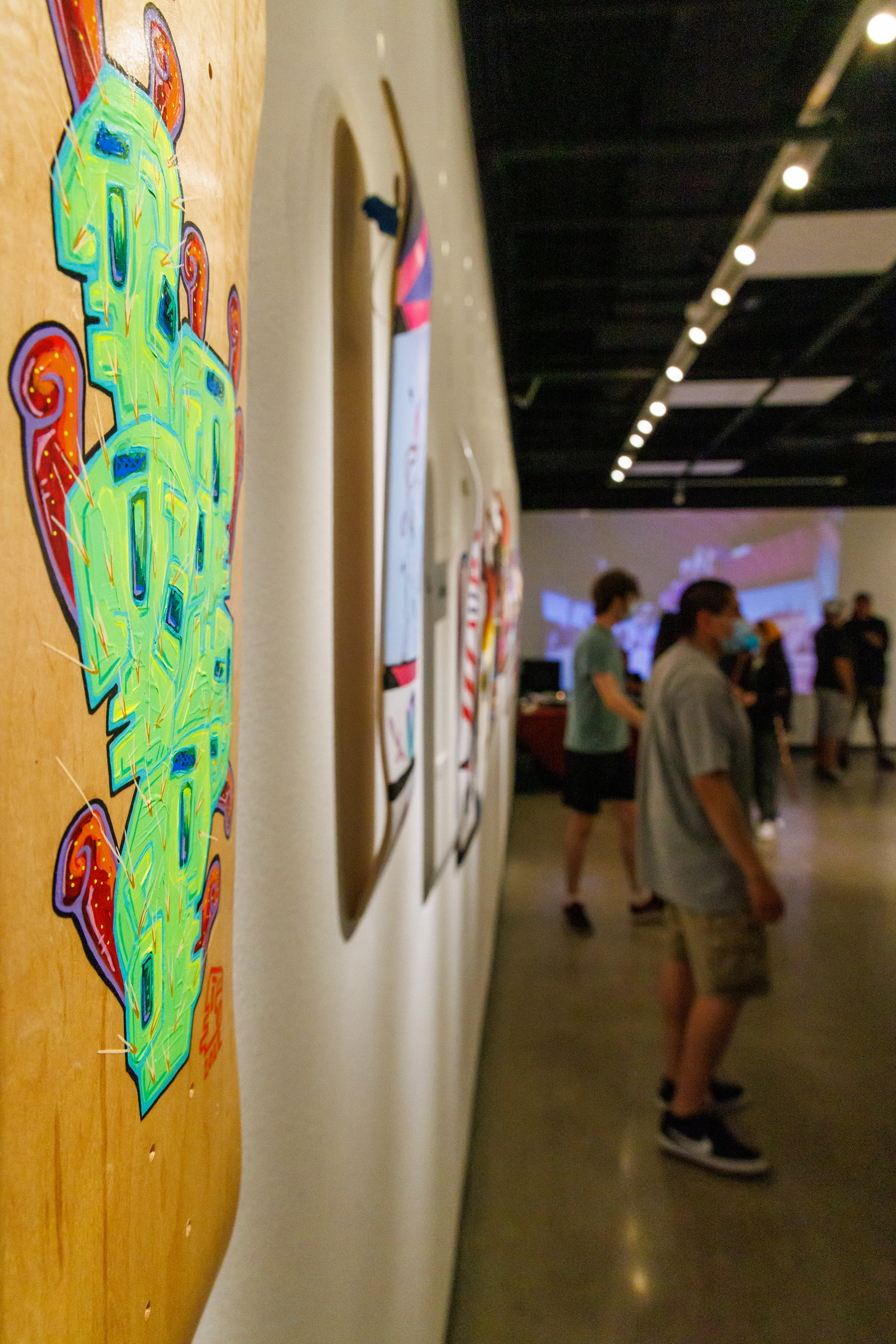