Sineca Sunflower Jackson reflected on life during the pandemic and representing Gila River Indian Community for two years as Jr. Miss Gila River during a virtual farewell special on March 12.

“It is a bittersweet farewell but it is time for other amazing young woman in the community to hold the titles of miss and junior miss Gila River,” Jackson said. The farewell event streamed on Gila River Broadcasting Corporation’s Facebook page and GRBC channel 29.1.

Gov. Stephen Roe Lewis said Jackson represented the Community on several opportunities during her reign. “She has poise and she represented the best values of our youth,” he said.

Roe added that Jackson was an instrumental young leader who did a great job serving the Community’s Akimel O’otham/Pee Posh Youth Council and as a representative on the COVID-19 task force and other initiatives geared towards youth.

Lt. Gov. Monica Antone also offered appreciation for Jackson’s tenure as Jr. Miss Gila River. “I’d like to first of all thank Sineca for her many years of service but first and foremost I would like to thank her parents, Alana Jackson and Jimmy Jackson,” she said.

“Sineca has played a true example of a leader by conducting virtual trainings working with the youth council, speaking up for the vaccination events we had, and … more input that she gave our COVID task force team and at the same time attending school,” Antone said, adding that Jackson is a “creative and strong resilient Akimel O’otham woman.”

Alyse Marrietta, 2021-22 Miss Indian Arizona, also recalled her time as Miss Gila River, as both she and Jackson took their respective titles at the same time. Marrietta said 2020 felt like a long time ago and the pandemic made it seem even longer with everything being shut down for the first year of their reign.

Speaking about the pageant in which she won the title of Jr. Miss Gila River, Jackson said, “I was fortunate for going out there, getting a feel for different things and … I didn’t expect to be crowned, but … I ran with a lot of amazing young women and I was fortunate enough … to be crowned.”

Marrietta also reminisced on her experience winning the title of Miss Gila River. “I definitely relate to [you,]” she told Jackson. “I know that that whole week it feels surreal because it feels like you’re just pushing yourself to perform at your best and you’re constantly reminding yourself like ‘I want to try my hardest,’ and at the end when you get to the stage and it’s the crowning, at that point a little part of me is like, ‘I don’t care if I get the crown; I did it anyways,’” said Marrietta.

Marrietta and Jackson looked back at their reigns—from virtual presentations, workshops and eventually in-person events when restrictions eased—and said they both wanted to represent the Community in the best way possible.

“During that time, it was very unusual circumstances we had to overcome, such as the pandemic, which really affected us in some different ways,” said Marrietta. “As royalty, we really felt obligated to share our voice, making sure that people were informed about safety protocols and the COVID guidelines and actually because of COVID.”

Jackson added that some of the highlights of her time as Jr. Miss Gila River included being able to throw out the first pitch at an Arizona Diamondbacks game and meet Secretary of Interior Deb Haaland and First Lady Jill Biden. 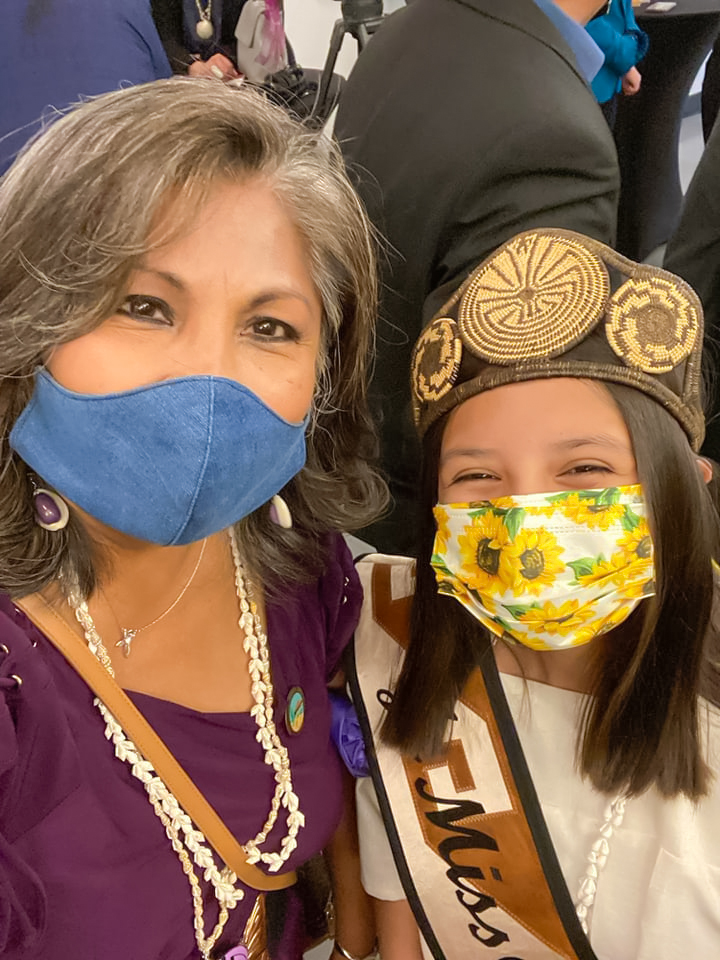