Gov. Stephen Roe Lewis, Lt. Gov. Monica Antone and Community Council members welcomed U.S. Secretary of the Interior Deb Haaland and Arizona Congressional delegation members to the Community on Feb. 22, for a visit that highlighted the importance of the Biden Administration’s Bipartisan Infrastructure Law (BIL) to tribal communities across the country.

The visit began with a tour of MAR-5 near Oldberg Dam, where the group discussed the Community’s critical drought water conservation efforts. Gov. Lewis described MAR-5 as a site of great cultural significance and “a place that honors our past, sustains us in the present, and will leave a better future for generations to come.” Secretary Haaland, the first Native American Cabinet Secretary, commended the Community for its leadership in water conservation efforts.

The group proceeded to the Pima-Maricopa Irrigation Project’s Canal 13 in District 5, where they viewed work being performed as a result of Interior’s allocation of funding from the BIL.

“I want to thank you, our Congressional delegation, for your strong and persistent advocacy to make sure tribal governments were included in the Infrastructure Law,” said Gov.Lewis. “I thought it was important to bring you here today because this site demonstrates the acceleration of our Canal 13 – made possible because of the Bipartisan Infrastructure Law water settlement completion fund.”

P-MIP Manager David DeJong received the delegation and spoke about P-MIP’s projects in addition to the Canal 13 project.

“The infusion of funds that each of you was instrumental in making available to the Community under the Bipartisan Infrastructure Law is revolutionizing our construction program,” said DeJong.  “As importantly, advanced funding is allowing the Community to make more efficient use of its settlement waters earlier than otherwise anticipated and will save important dollars.”

Both Gov. Lewis and DeJong expressed gratitude for the delegation championing the resources needed to complete all of P-MIP’s projects sooner than anticipated.  As part of Secretary Haaland’s visit to Arizona, Gov. Lewis and Lt. Gov. Antone participated in a tribal leader listening session hosted by the Inter-Tribal Association of Arizona and Gov. Lewis participated in water discussions with the Secretary to overview drought conditions along the Colorado River and ways to use the BIL to help address the crisis.

Gov. Lewis announced the Community’s commitment to continued drought response efforts, including committing an additional 100,000 acre-feet of water to conservation in Lake Mead in 2023. This commitment will be in addition to the 125,000 acre-feet of water the Community is conserving to Lake Mead this year. The combined conservation efforts are expected to raise the elevation of Lake Mead by over 4 feet, providing a critical buffer against a possible deeper shortage declaration in 2023.

“The situation on the Colorado River continues to be dire and we must all continue our joint efforts to conserve more water in Lake Mead to avoid deeper cuts in the future,” Gov. Lewis said. “The Community stands ready to continue working with its federal and state partners to help in any way we can.”

After the tour of Canal 13, Gov. Lewis took Rep. O’Halleran on a tour of the Casa Blanca Community School, which was completed last year. 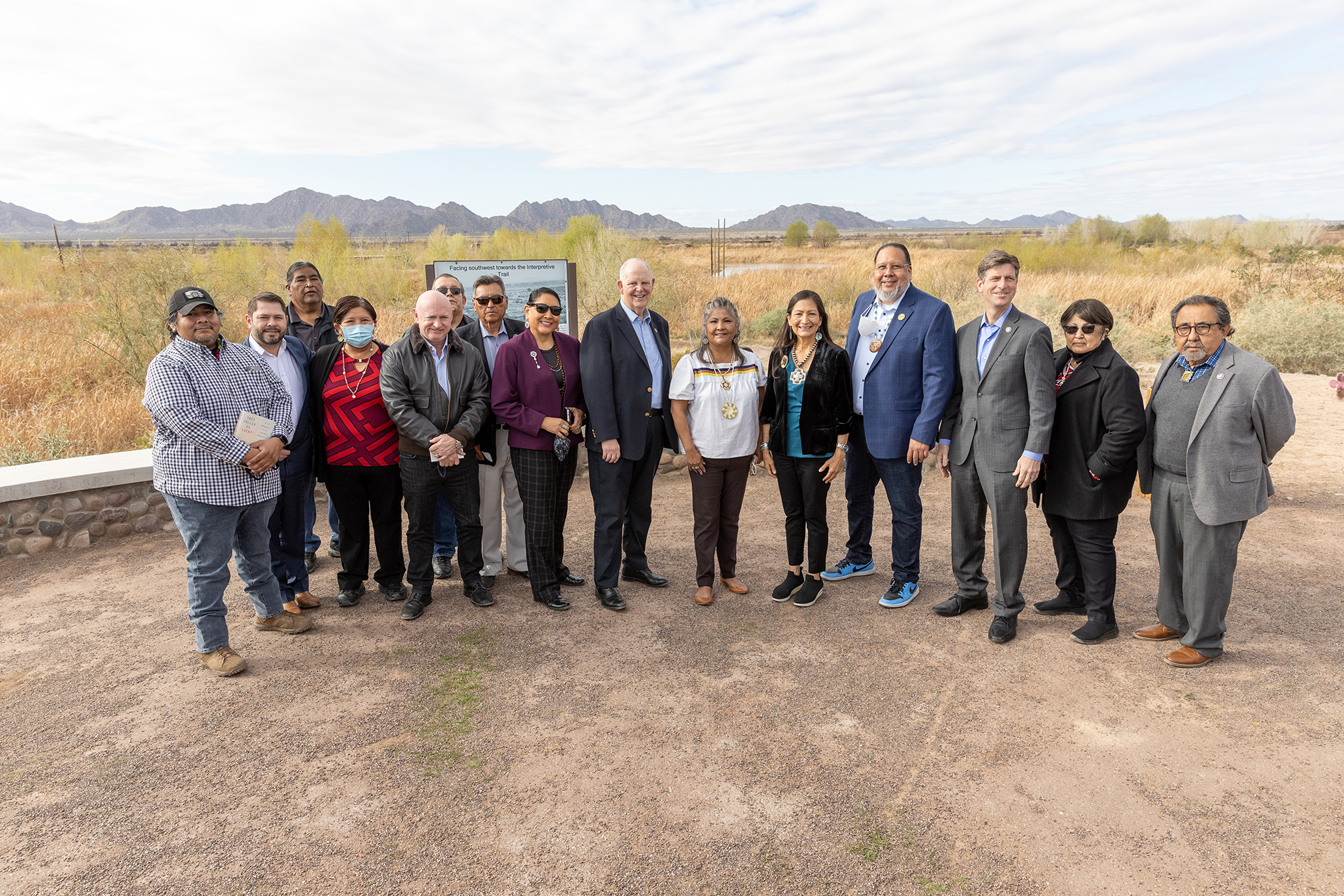 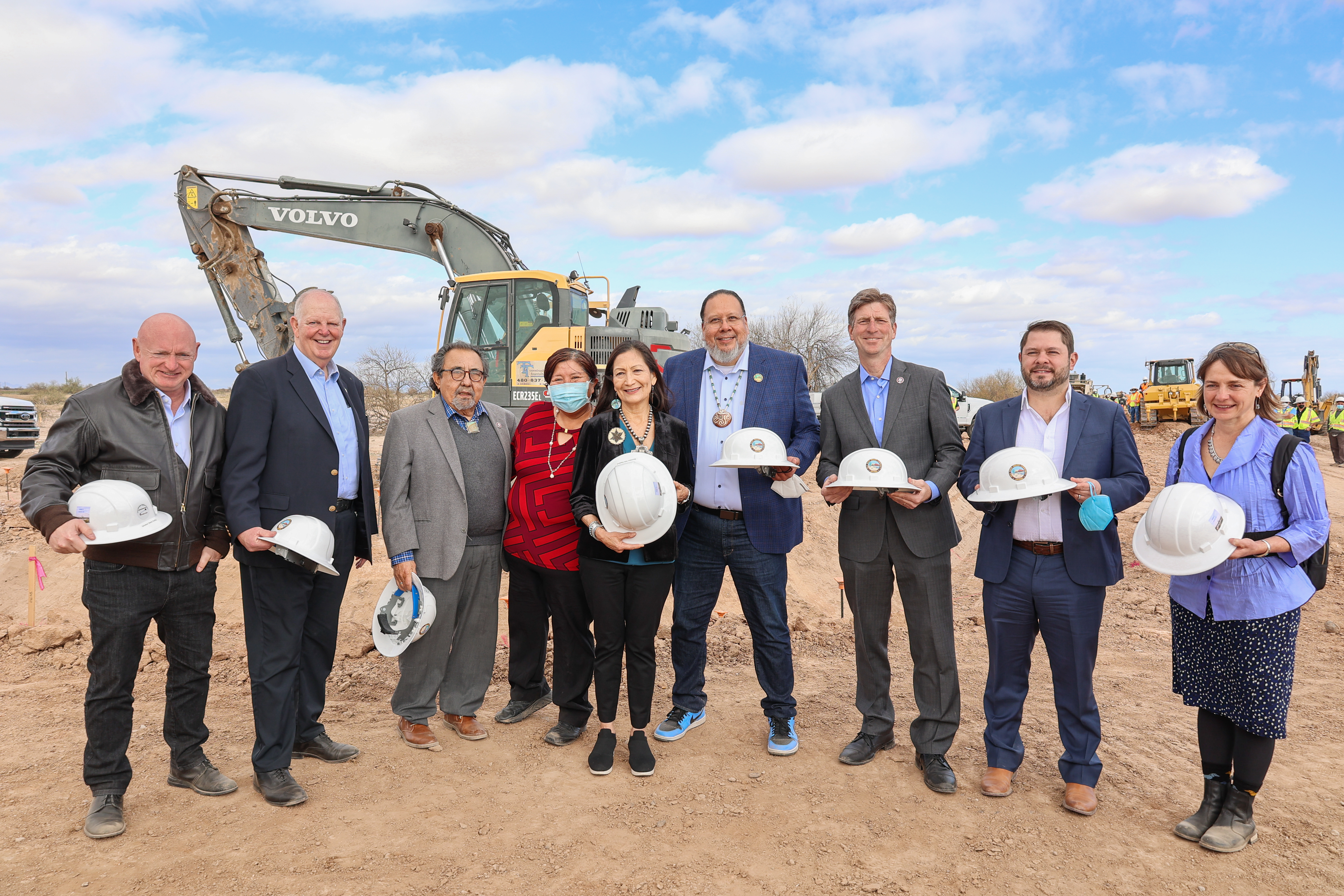 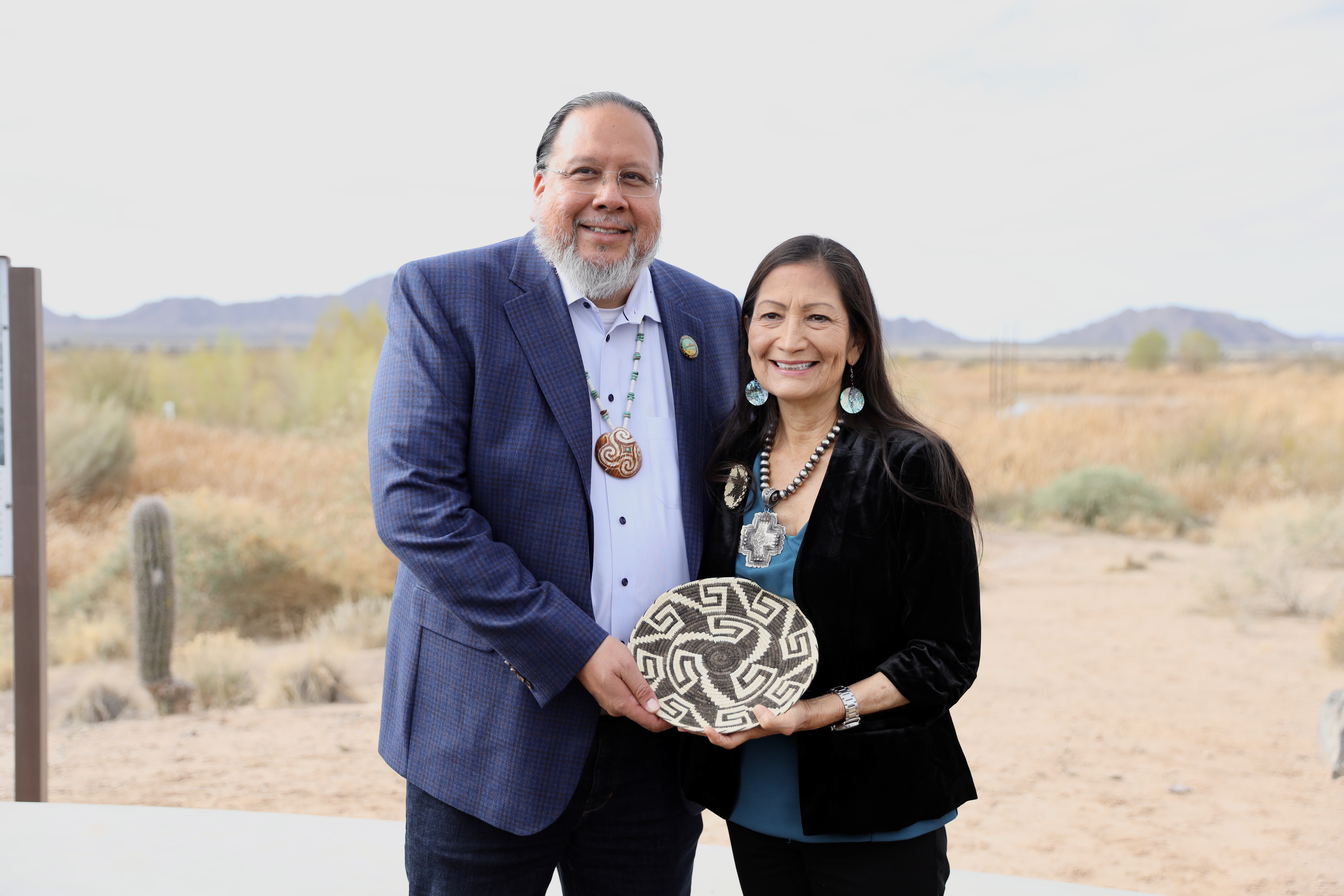 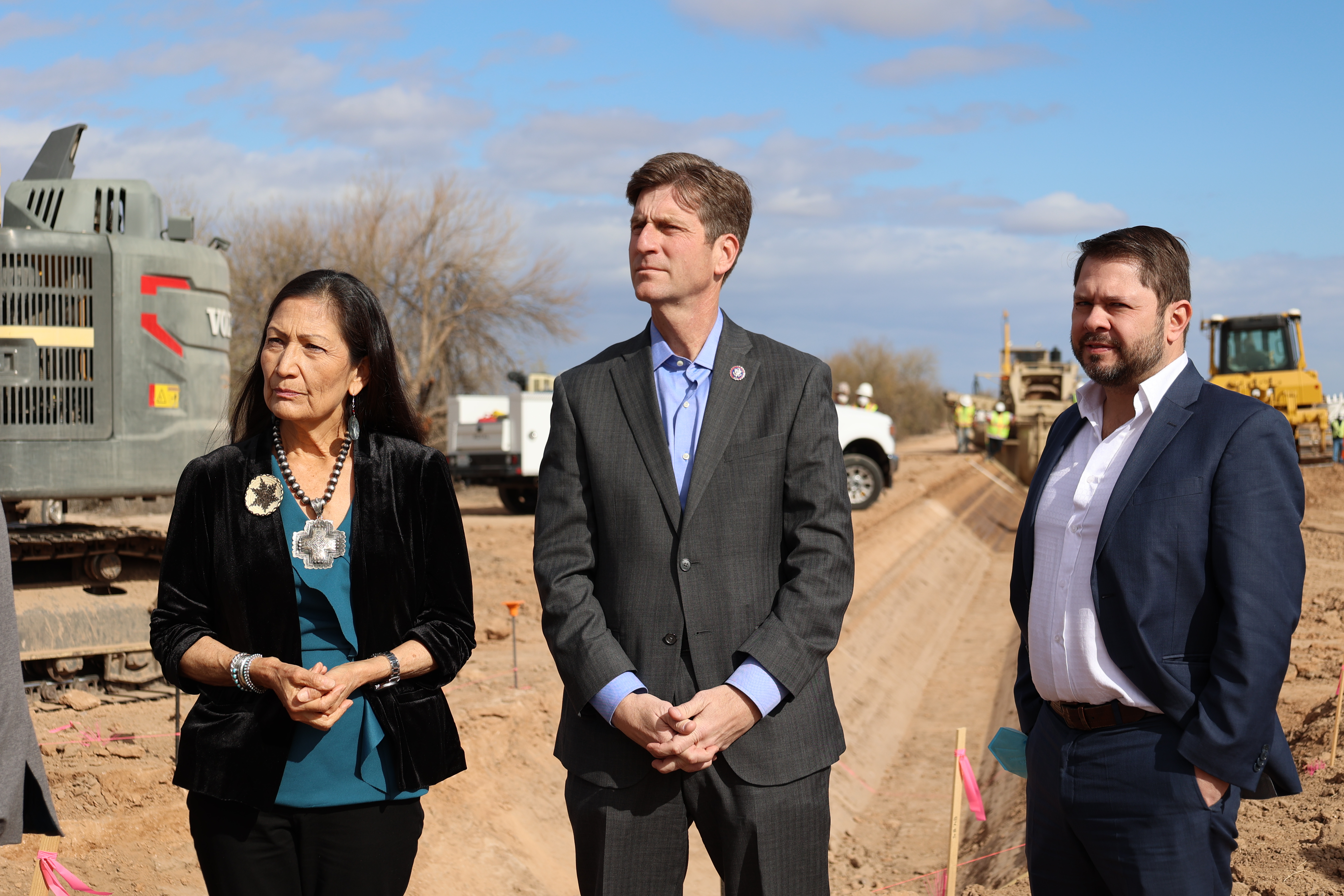 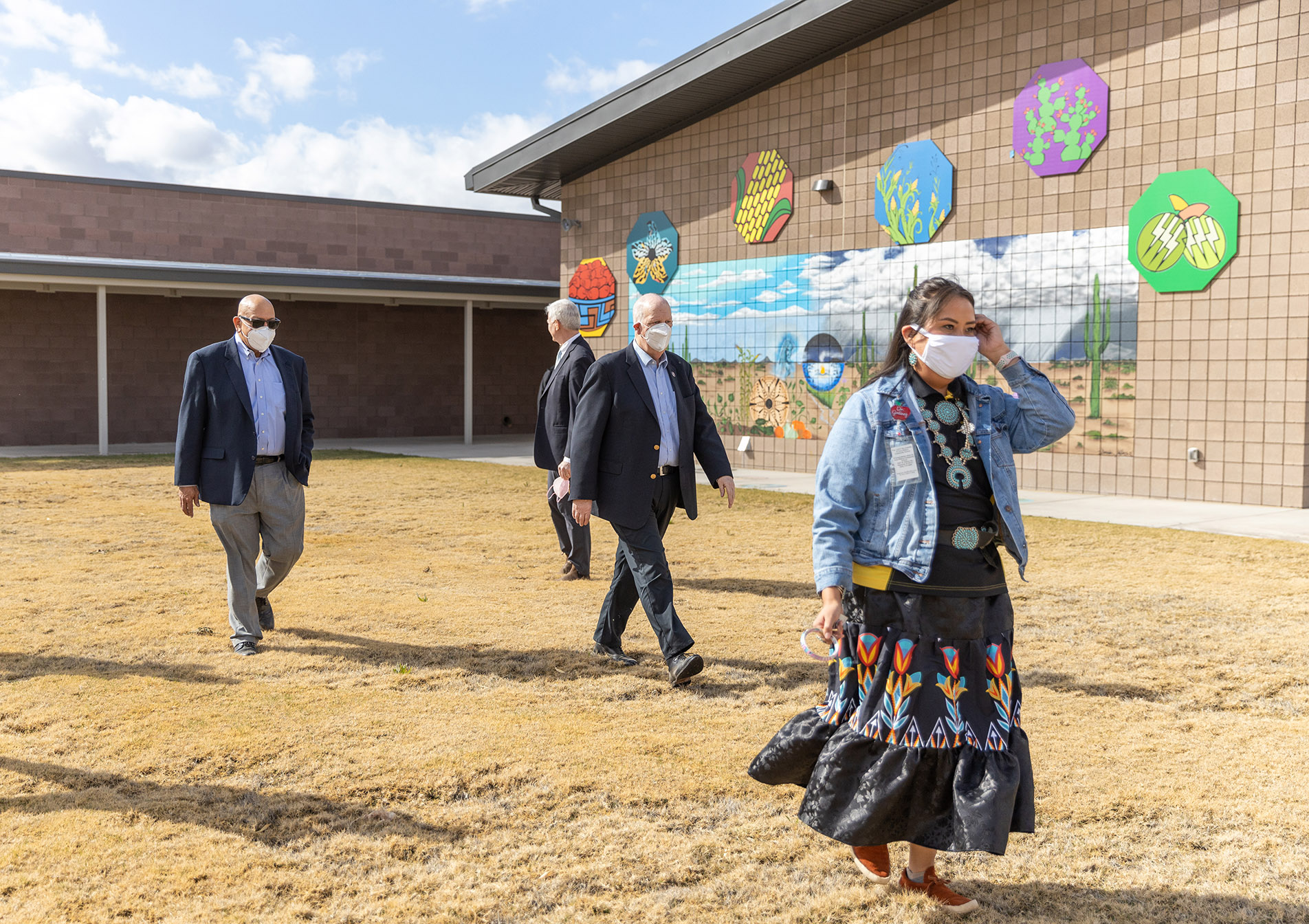 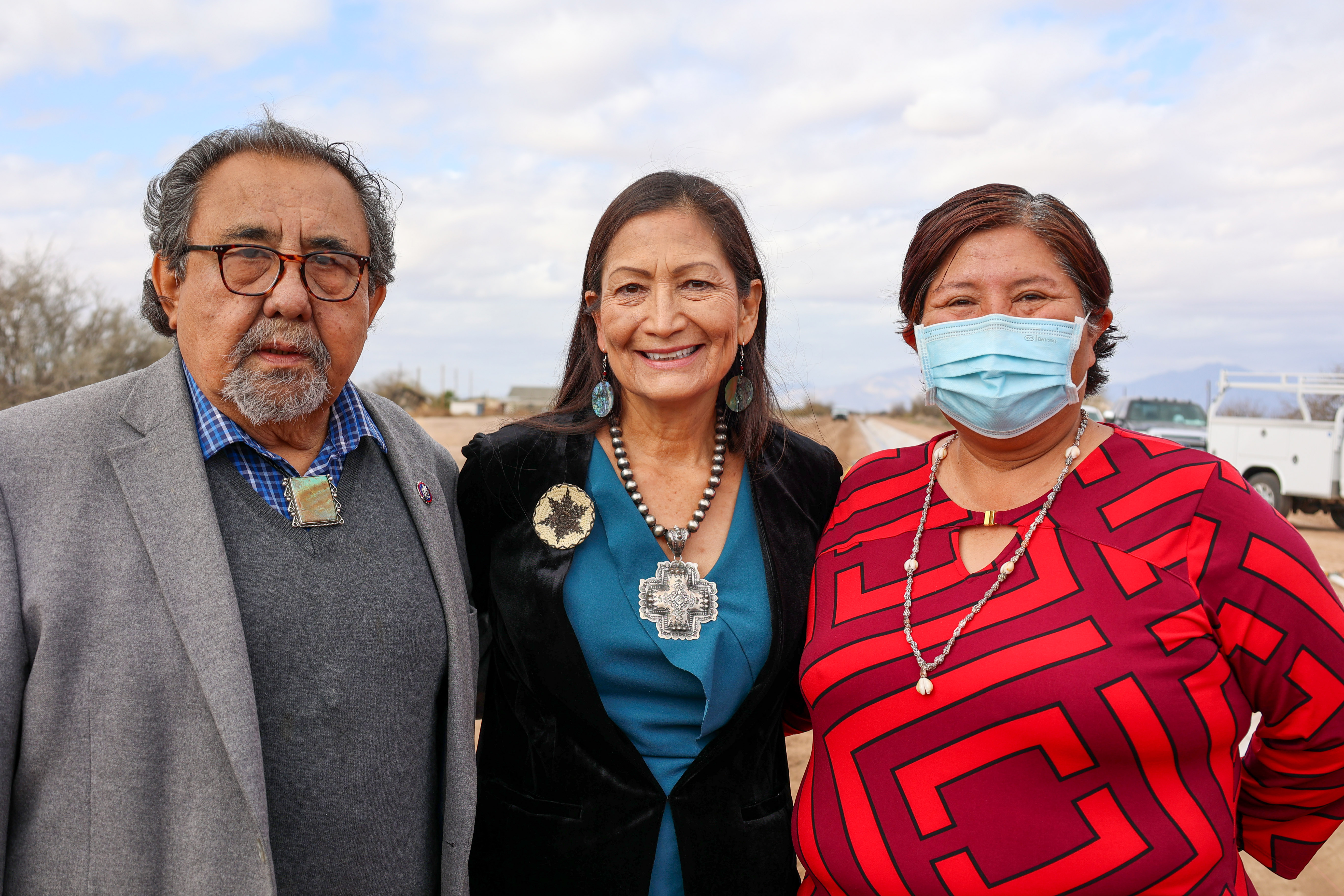