Local Leaders Discuss the State of Progress in Pinal County

“We are making great strides when it comes to economic progress,” said Gov. Lewis, adding that economic growth has become a priority in the Community, but it’s even more important in light of the Interstate 10 expansion.

Gov. Lewis said the Community is working with its stakeholders on this critical section of highway, adding that this piece of major infrastructure will benefit everyone, including neighboring cities and towns in Pinal County.

The leadership panel also discussed the return of public activities, housing growth and the preservation of land, with all leaders agreeing careful planning is needed.

Regarding a return to activities, Gov. Lewis said, “We as a Community are beginning to look towards returning to in-person school. Our families and children are excited about it.”

One of the challenges faced by all governments and municipalities, Gov. Lewis noted, is the water supply amid ongoing drought conditions. He added they have to work together in an innovative way to develop sound water plans that benefit everyone. “It affects all sectors, such as economic development, housing and farming, which is one of our lasting traditions,” he said.

City of Apache Junction Mayor Chip Wilson talked about managing the growth of a semi-rural municipality and how to meet the needs of the community. “We are concerned about the water as well; we want to make sure the growth is manageable, including maintaining the beauty of the surrounding Superstition Mountains,” he said.

One of the challenges is the supply chain issues, said Superior Mayor Mila Besich. A water treatment plant is being delayed, and a fleet of new vehicles  is being impacted due to supply chain issues with the automakers, “so that puts added burden on maintenance on our current fleet,” she said.

Besich added other areas of development going on include a possible glider school at the airport and a more built-out water delivery system for the town of Superior, which grew from three square miles to 12 square miles.

“[The drought is] a concern for the whole state,” said Gail Barney, Mayor of the Town of Queen Creek. “Working together is going to be crucial as we address this challenge together.”

He said the Queen Creek area is currently looking at bringing in large businesses, adding jobs to the area. “Pinal County is a major player in the future of Arizona and in bringing in companies to the area,” he said. Barney also noted that everything is intertwined, so “if we all don’t work together, we lose together.” 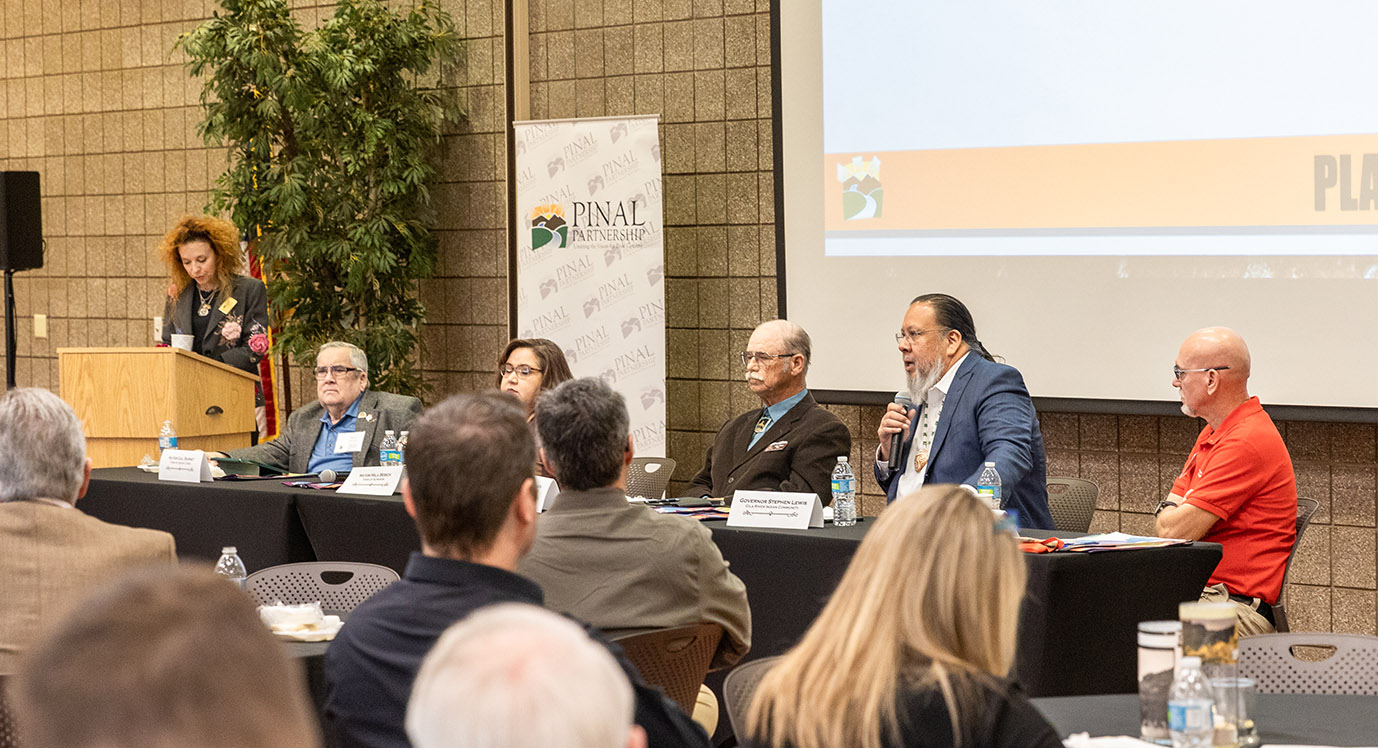