Local leaders and stakeholders met Feb. 22 at the Rio Salado Audubon Center in Phoenix for a roundtable discussion on the Rio Reimagined Project, which helps protect, restore and revitalize more than 50 miles of the Salt and Gila Rivers.

Forged by the late Sen. John McCain in 2017, the Rio Reimagined Project  has a long list of goals, according to the EPA’s website, including restoring ecosystem functions, fostering climate adaptation and urban resilience, and more.

The event also highlighted the Urban Waters Federal Partnership, which brings 15 federal agencies together to work collaboratively with communities and partners to connect with their waterways and environment to improve them.

Funding from the recent bipartisan infrastructure and investments act, led by Sen. Sinema and shaped by Sen. Mark Kelly, will help tribes across the state.

“The water funding in the bipartisan infrastructure funding is historic and will have an immediate impact in the Community by accelerating irrigation projects that will create around 200 jobs,” said Gov. Lewis.

Following the discussions, Audubon staff gave officials a tour of the Rio Salado habitat restoration area that provides a lush riparian corridor along five miles of the Salt River. 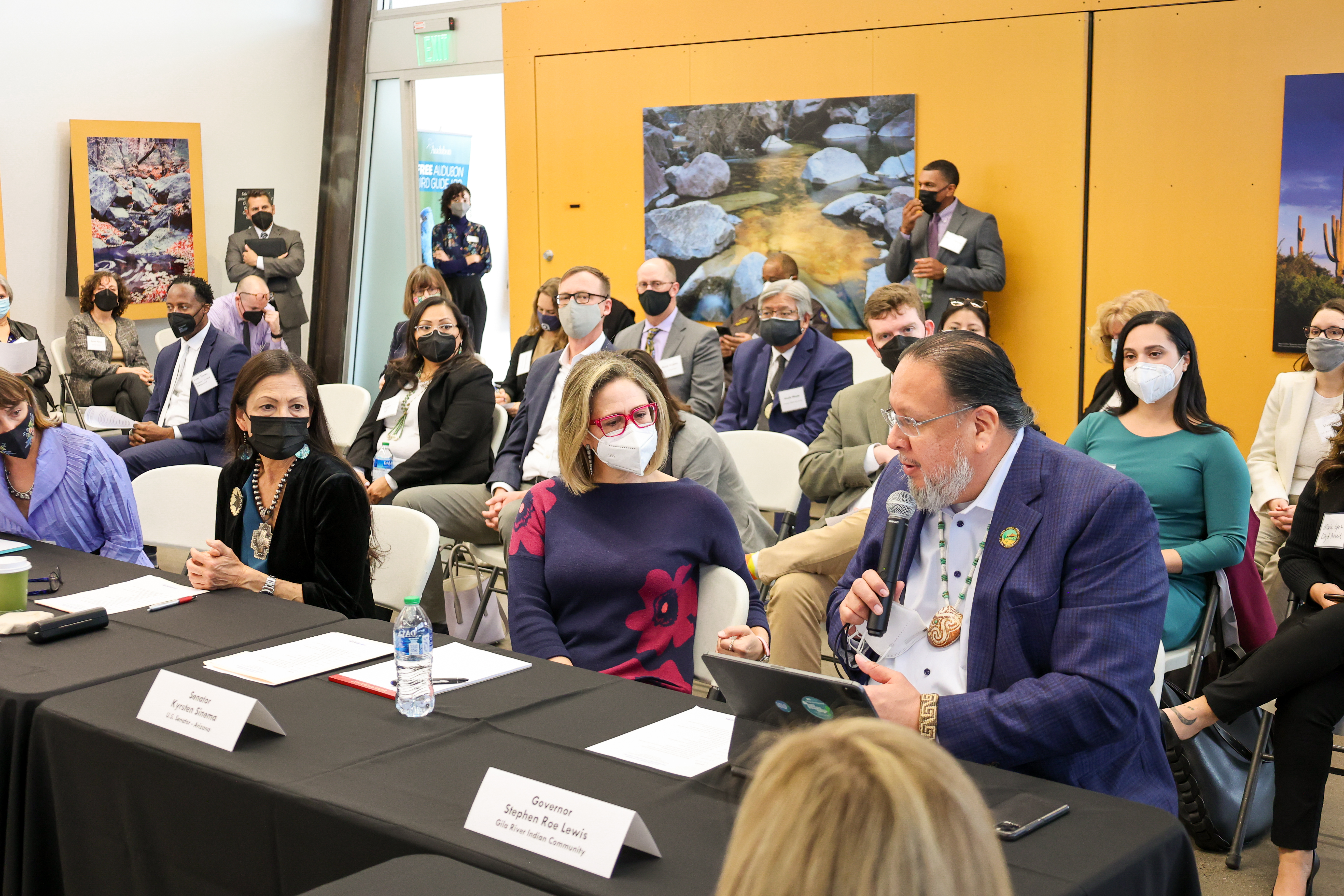 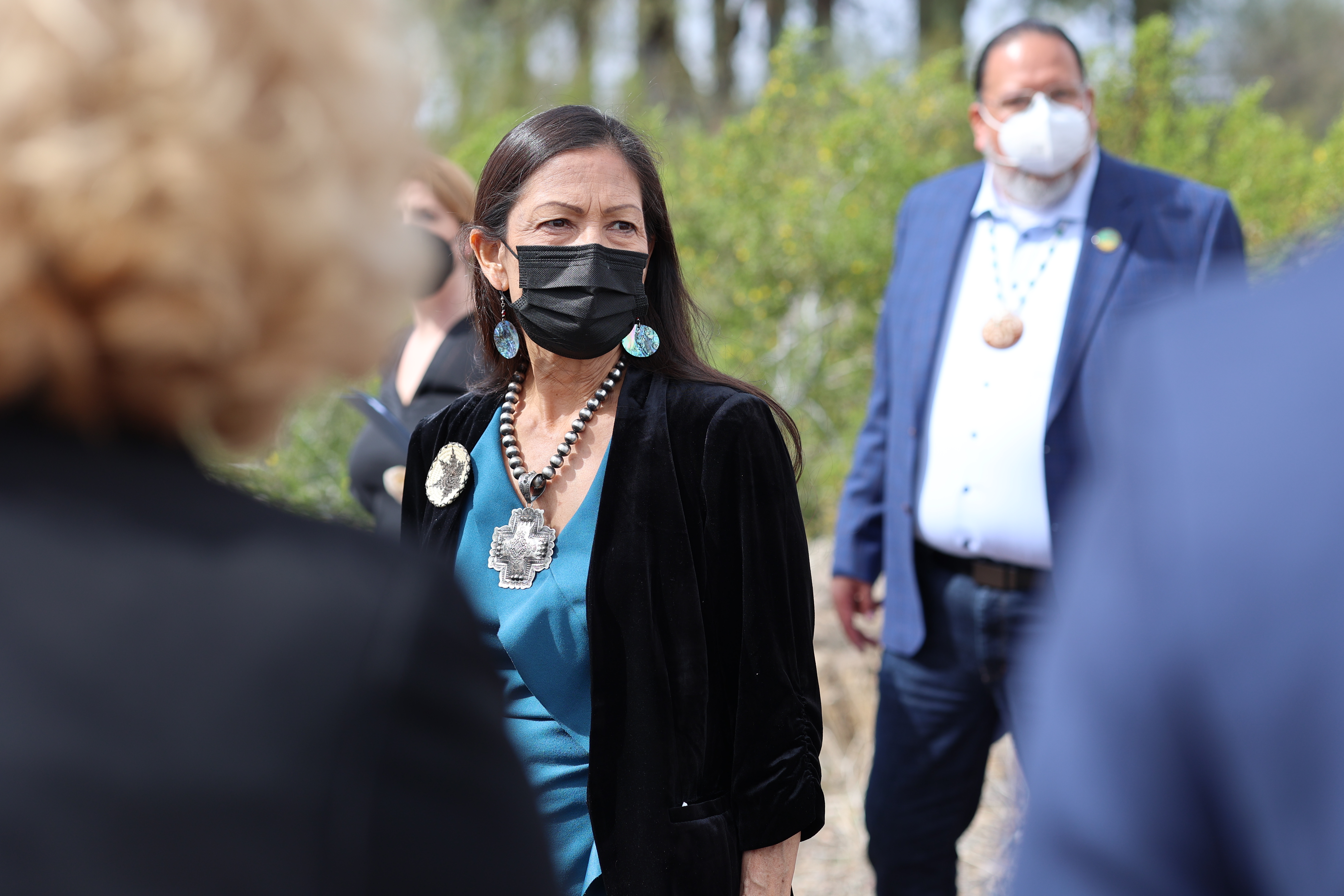 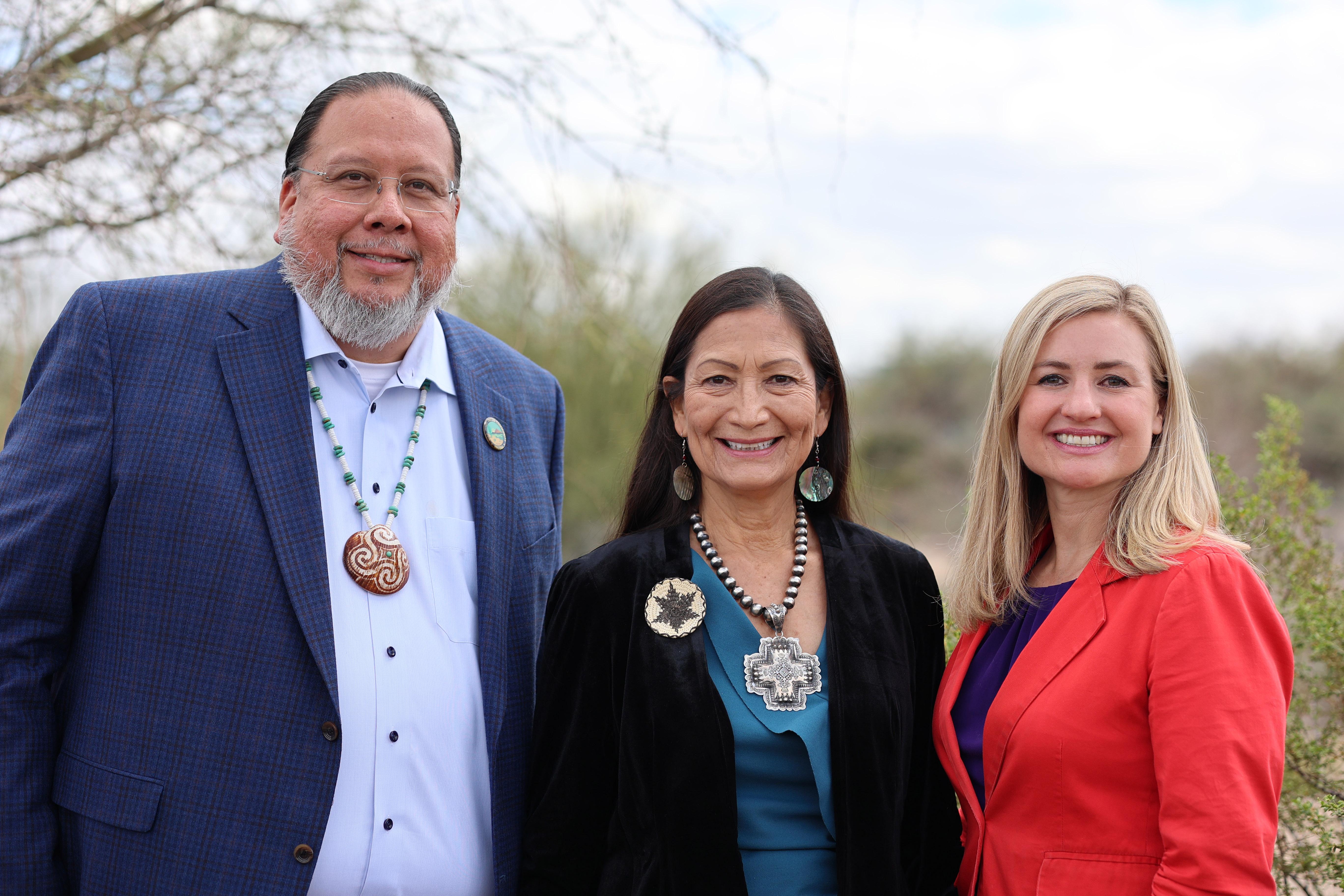