Gila River Emergency Medical Services (GREMS) gathered on April 20 to celebrate the retirement of Brett “Spike” Woodard, who dedicated 32 years of service to the Community. Coworkers shared stories of their time with a Gila River EMS “original,” who talked about how much he meant to the department and Community, and showered him with praise and gifts.

“It feels pretty surreal,” Woodard said. “This has been a part of my life for most of my life. When I first started, we only had two 24-hour ambulances, and now we have at least one or two in every district.” He reflected on the changes he’s seen over his time working in Gila River, recalling a time when the Community’s Bureau of Indian Affairs law enforcement only had one to two officers to patrol the entire Community.

“I’m going to miss the job and my coworkers; they’re like my second family,” Woodard added. “I really enjoyed this job; it’s something I have always wanted to do since I was a kid.” He noted that the television show “Ambulance” was his career inspiration from a young age.

Now, Woodard plans to move to northern Arizona, where he can enjoy cooler temperatures. However, he intends to remain a friend to all in the Community and, upon departing, said, “To all my friends I’ve made over the years, I wish you well; don’t be a stranger in the future.”

GREMS Chief Kurt Rainbolt, a 29-year veteran, said Woodard started with the department before the Community had casinos or its own hospital.”He’s touched a lot of people’s lives in the Community and we’re going to miss his knowledge and his wonderful spirit,” Rainbolt said. “He’s been a pleasure to work with, and we’re all going to miss him.”

“He’s an incredible example of service and dedication,” GREMS Deputy Chief Kevin Knight said of Woodard’s character. “The legacy he’s left with our department and employees is incredibly important.” Knight also mentioned the running joke about Woodard’s lack of directional skills in his early days with GREMS, when he was always kidded about going the “wrong way.”

Knight added, “For Brett to be here for 32 years is pretty incredible. He has been a rock for our department. He’s trained a lot of our employees and has been a great example of service for our Community.” 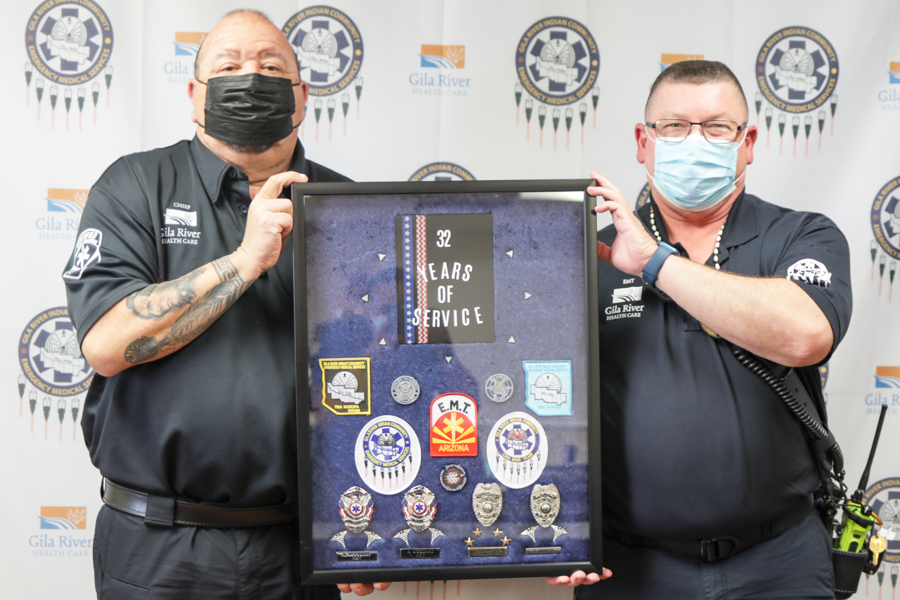 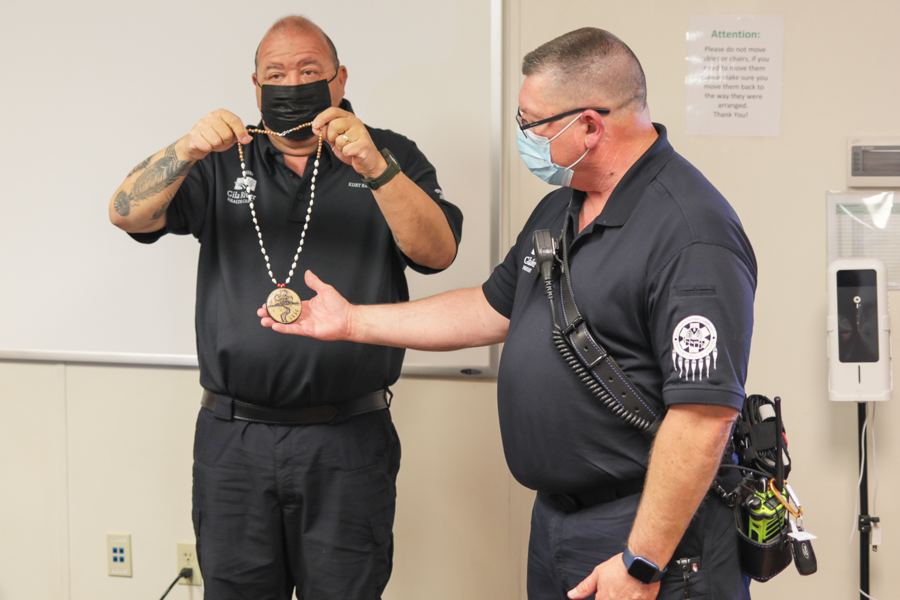