Gila River Indian Community members Precious Vicente and Hunter Nish are helping to preserve Huhugam history by working as the only tribally affiliated members at the Casa Grande Ruins National Monument in Coolidge, which is one of the oldest structures in Arizona.

Vicente, from District 1 Uhs Kehk, has served as the interpretation and education intern for the past six months. “I work side-by-side with park volunteers and [National Park Service] staff to learn more about the depths of preservation and the work that is done here at the monument,” she said.

“When I came in here, it was a fresh start into learning a whole different field,” said Vicente. “I was a little bit nervous when I came in here, too, because in [this] park specifically, there wasn’t a lot of representation coming from the six affiliated tribes, considering this is a part of our ancestral lands.”

Nish, from District 2 Hashan Kehk, started working on maintenance and ruins preservation in late January. “I definitely have an interest in not just the O’otham culture, but the culture of the Southwest,” he said.

Nish said the cultural significance of the Casa Grande Ruins National Monument transcends beyond the boundaries of the park and neighboring O’otham tribes. “[They] not only have a relation to O’otham communities, but the Hopi Tribe and Zuni Pueblo, as I’ve learned when starting work here,” he said.

Working with the staff at the monument is one way he can connect and keep the culture alive, Nish noted. “We have this responsibility to pay our respects… to places like these, places where we still see, that date back hundreds and hundreds of years ago,” said Nish.

Sara Sutton, lead interpretive park ranger and education coordinator at the Casa Grande Ruins National Monument, said the site was lucky to already have Vicente to bring a tribal and cultural perspective.“The whole project for this internship is around a project called mission resilience… which is the idea to draw on the resilience of Casa Grande Ruins—the history here and the ancestral Sonoran Desert people,” she said.

Casa Grande Ruins National Monument Superintendent Ben Littlefield said, “The Casa Grande Ruins was the first unit that was able to benefit from two Indian Youth Service Corps interns, and they are also part of the TTAP”

Having interns from neighboring tribal communities is a great opportunity for them to learn traditional trades and work on adobe walls to preserve them for future generations,” said                           Littlefield. “We are really proud of taking advantage of the opportunity to bring in some local tribal youth in to the park to learn more about this site that is part of their ancestry and to learn some skills and hopefully get an interest in the park service and seek a career with us,” he said.

Nish and Vicente both agreed that it would be beneficial to the park and the Community to see greater representation in the internship opportunities available at the Casa Grande Ruins.  Sutton and Littlefield, agree and said they’re trying to actively recruit from local tribal partners. 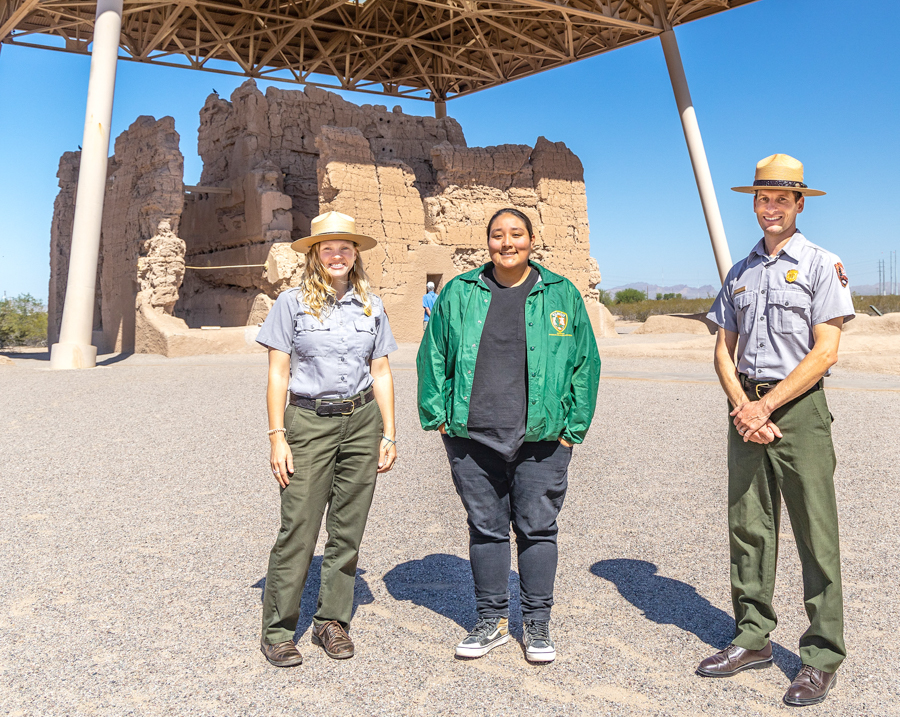 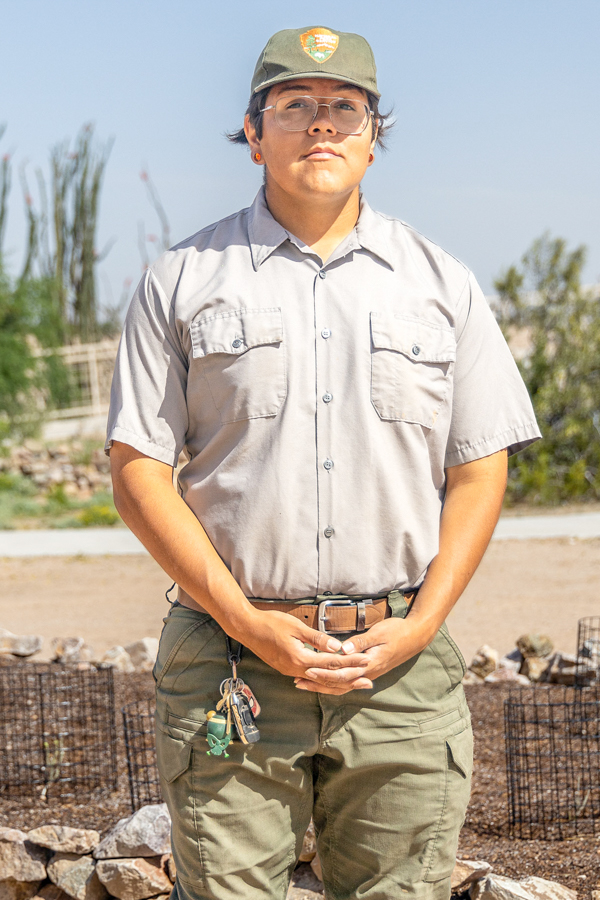