The Chief Azul Scholar award recognizes GRIC students who demonstrate consistent performance and the desire and ability to achieve their goals, while the Chief Azul Citizenship award is presented to GRIC high school students who consistently demonstrate a positive attitude, friendly demeanor, and serve as a role model to others.

“We think it’s a great first event as we’re coming out of the pandemic,” said TED Director Isaac Salcido. “It’s always a special event when we honor our students who are doing really well academically and in their citizenship.”

Last year’s event was held virtually due to the pandemic, but scholars and families were able to gather in-person this year for the awards banquet.

Recipients of the Chief Azul Citizenship Award also receive an all-expense paid trip to Washington D.C., where they will tour and meet with congressional leaders and GRIC members in the area.

Lt. Gov. Antone encouraged the students and thanked TED staff and parents for their hard work and support, especially during the pandemic. She also shared the legacy of Chief Antonio Azul (1817-1909), GRIC’s last traditional chief.

The Chief Antonio Azul Awards were previously named the Governor’s Scholar Awards until 2016.

“We found another name for it to honor where we come from and achievements through the generations,” said District 1 Council Representative Arzie Hogg.

“Those awards are rooted in the history of who we are,” said Gov. Stephen Roe Lewis, who lauded the scholars for their academic excellence while reminding them of their significance.

Gov. Lewis stated that Chief Azul was headman for the Community in 1885 during a crucial time when the water of the Gila River was being contested.

“He understood that education was going to be our most important resource that we would instill in our youth.” Gov. Lewis said, “Please cherish those awards.”

“It was great to be back in person since the pandemic,” Reyna said. “I just liked seeing the turnout with all the kids that got nominated.”

“Congratulations to all the nominees and students,” Vika Murphy said. Her daughters Kaia and Azumi Murphy each received honorable mentions that night. “I think it’s great what Gila River does,” she stated. “They really support students and education.” 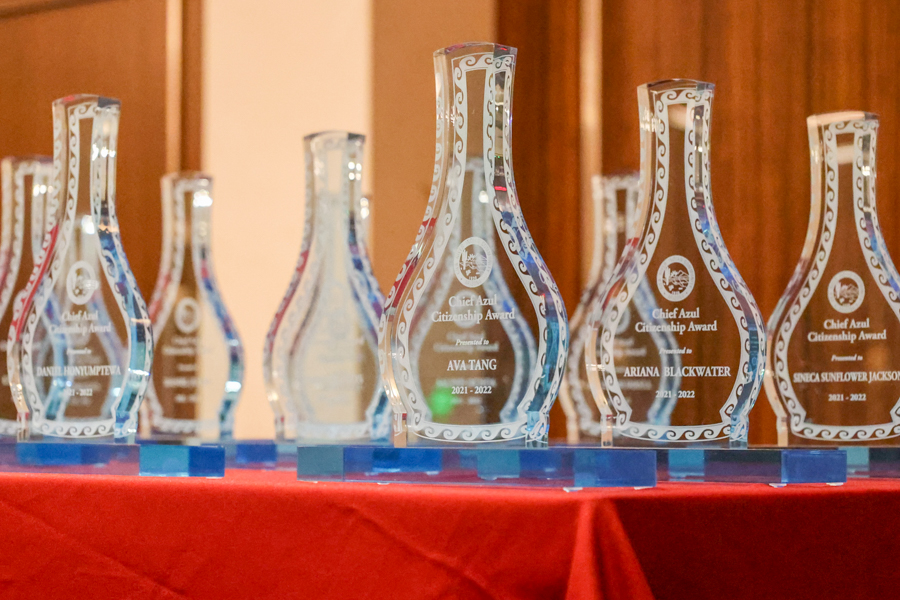 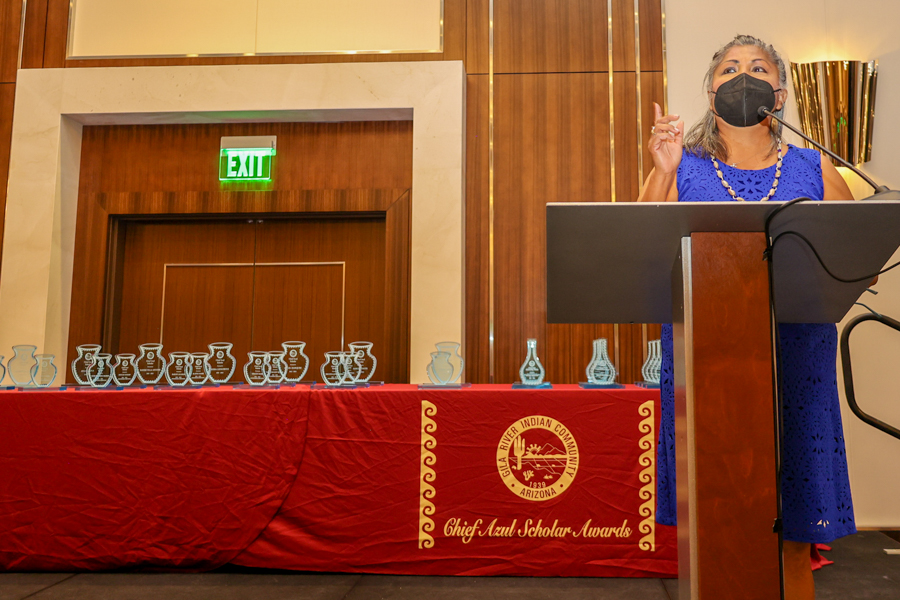 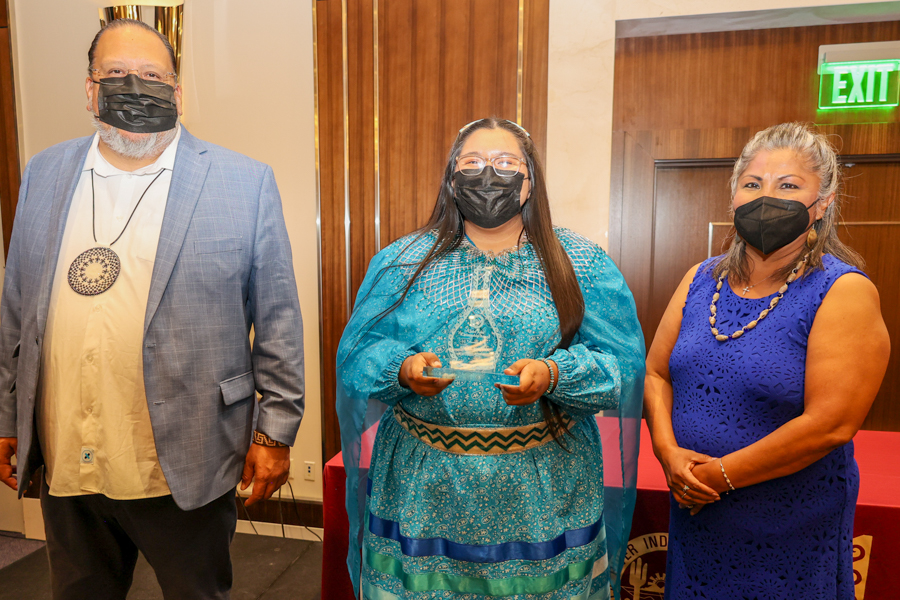