Hundreds of people participated in events on the Gila River Indian Community and beyond recognizing the first anniversary of May 5 being proclaimed as Missing and Murdered Indigenous People (MMIP) Awareness Day by Gov. Stephen Roe Lewis as well as President Joe Biden. A virtual walk/run, an artistic display, an event at the state capitol and a social media blitz honored and recognized the victims and aimed to bring awareness to this tragic  epidemic.

In the Community, over 800 individuals registered for the virtual walk/run and created a two-mile route of their choosing.

“Our hope is that next year we will be able to gather in-person for MMIP Awareness Day in solidarity with those who have been affected within our own Community and across Indian Country,” said Shannon Redbird, Community Relations Specialist who assisted with the MMIP virtual walk/run.

To symbolize the absence of those missing and murdered, 2022-23 Miss Gila River Kelsey Martinez made a white shirt featuring a red ribbon and a red skirt with a white ribbon to display in the park.

“To have been asked to sew a ribbon skirt and shirt to represent our women and men we have lost has been a great honor,” Martinez said.“Through my craftsmanship, I am able to show support and bring awareness to this sensitive topic.”

“I feel it is important for our Community and others to recognize MMIP Day because it’s something that happens all over Indian Country, even here in our own communities,” Rhodes said.

Lt. Gov. Antone was a featured speaker at the “Silent No More” event recognizing MMIP at the State Capitol on May 5. Hosted by Honwungsi Consulting Services, LLC, the event brought awareness to the issue through educational workshops, guest speakers, informational booths, a memorial walk and cultural performances.

Lt. Gov. Antone provided an update on the Violence Against Women Act (VAWA) Authorization and discussed tribal leadership advocacy for MMIP. She discussed the Gila River Indian Community’s work in organizing  a Missing and Murdered Indigenous Peoples/Persons Response Team, which works with various departments within the Community, and the first-ever tribal cold case unit within the Gila River Police Department, which began as part of the Operation Lady Justice Taskforce.

Through the Missing and Murdered Indigenous Peoples/Persons Response Team, GRIC has assessed and updated response policies and procedures for their departments, including creating a call tree, team training and awareness subcommittees.

“This ensures immediate and coordinated responses when a missing person is reported and if information is provided for reports involving a murdered unsolved crime,” Senior Assistant for General Counsel Sunshine Manuel said. 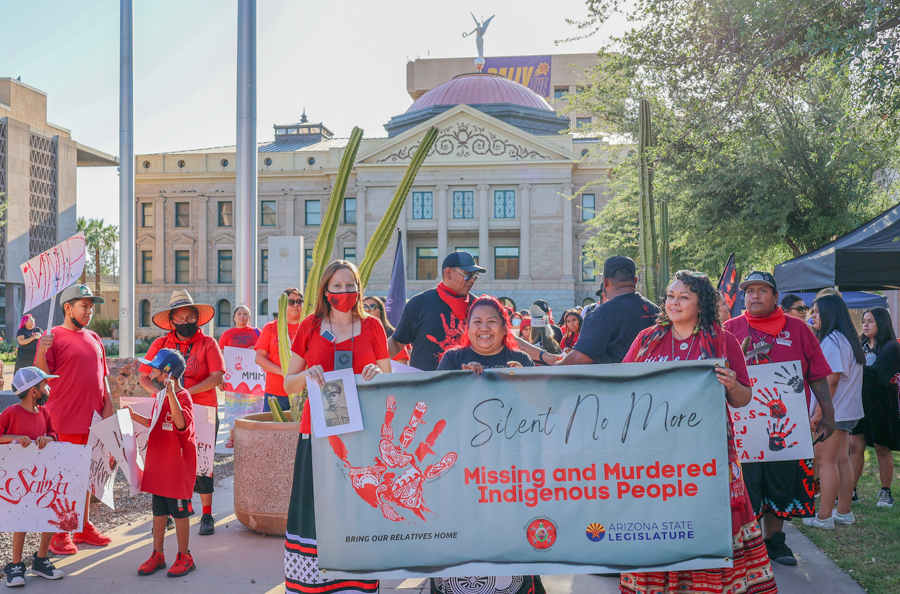 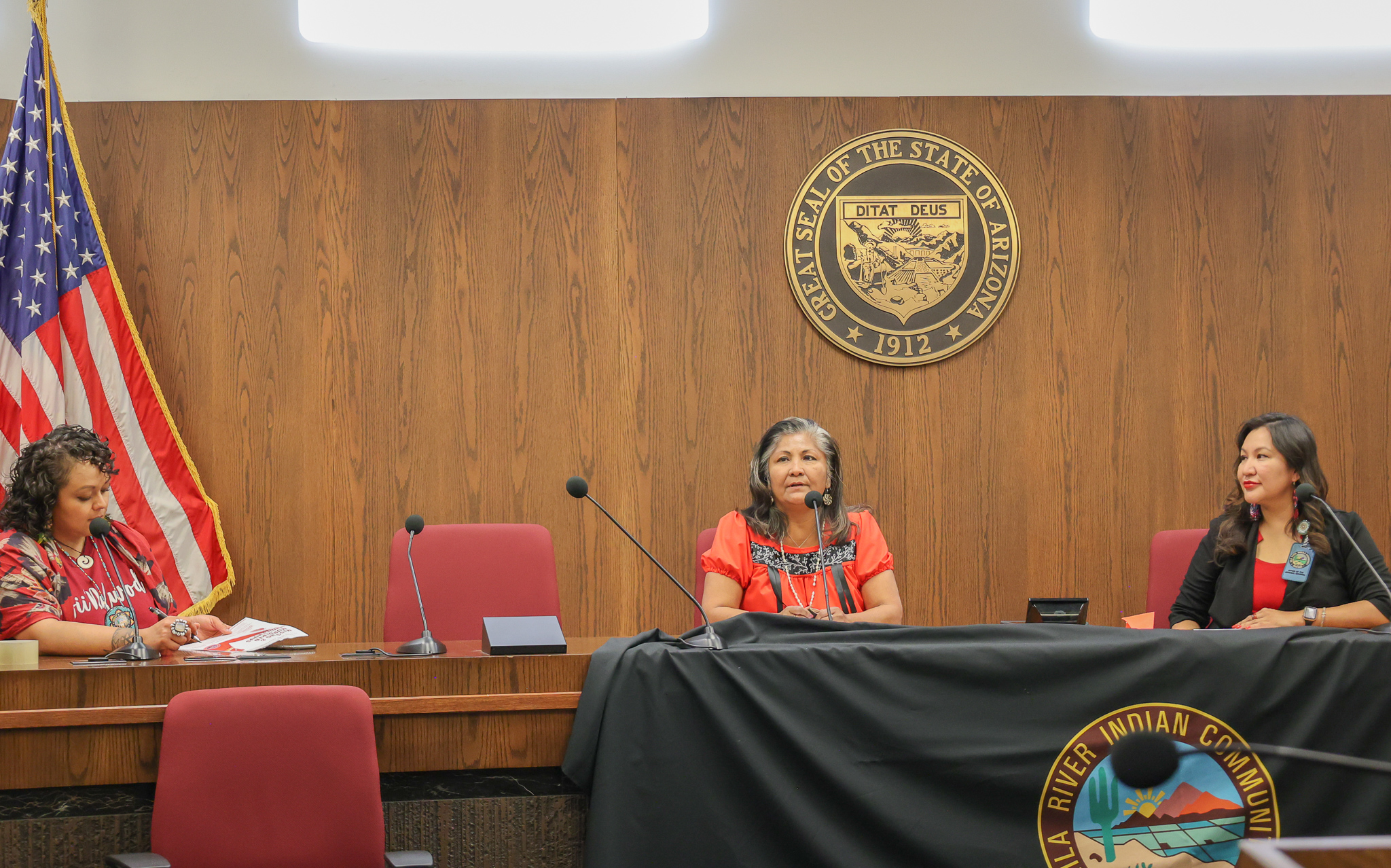 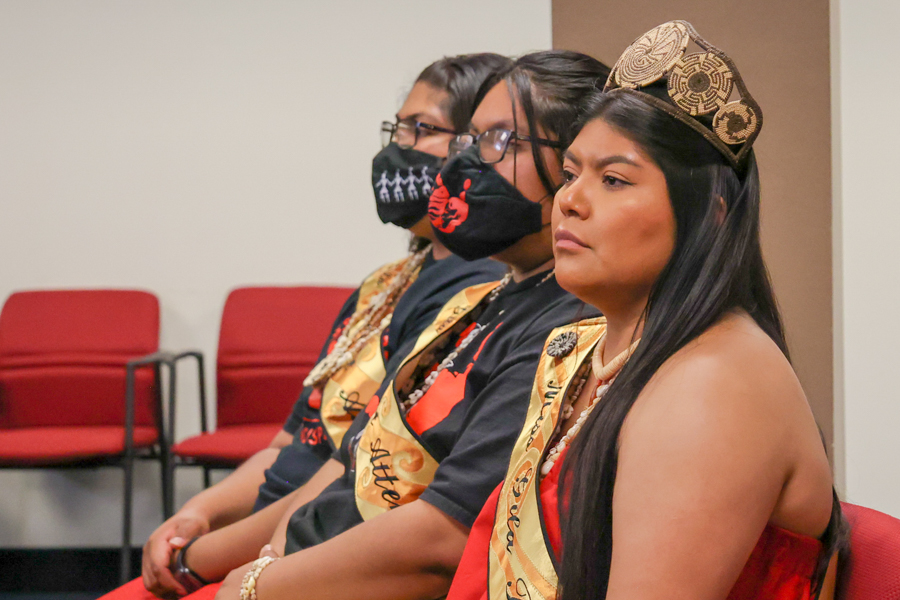 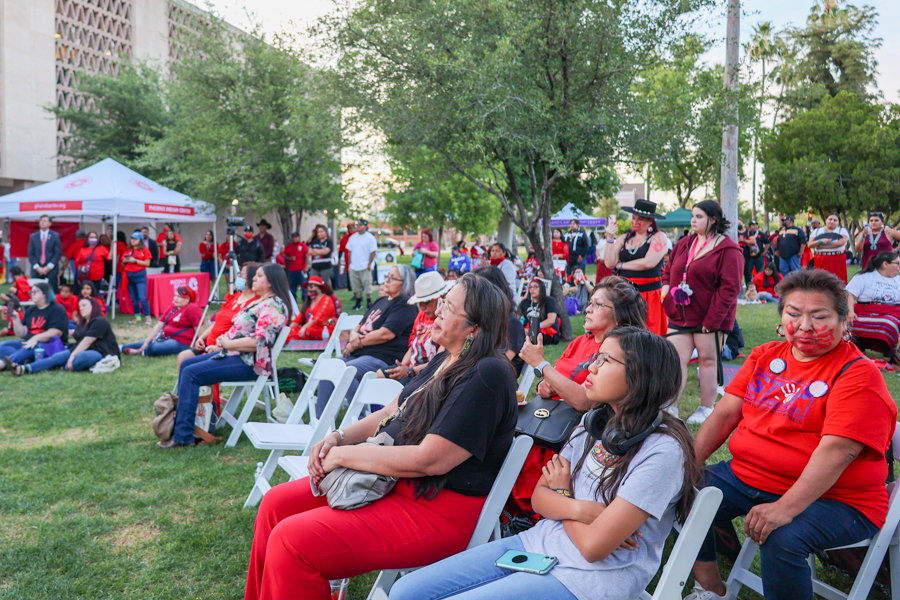