On May 4, Arizona Governor Doug Ducey signed SB 1239 into law, appropriating funding to expand and widen Arizona’s Interstate 10 freeway along a 26-mile stretch from Chandler to Casa Grande known as the Wild Horse Pass corridor.  This remains the only part of the highway with two lanes remaining between Phoenix and Tucson.

“With this expansion, we’re clearing up traffic in people’s lives to spend time with their family… [T]his segment of the interstate is also critical for Arizona’s economy as it connects Phoenix and Tucson,” said Gov. Ducey. “The expansion will also ensure that the Gila River Indian Community has quick access to employment, medical services, educational opportunities and other resources within and outside their Community.”

The project will widen the interstate from two to three lanes, including an HOV lane. The plan also includes the replacement of bridges over the highway in the Community. The multi-year construction will begin in 2023, with a target of completion in 2026.

Gov. Lewis joined bipartisan leaders at the Arizona State Capitol for the signing ceremony. He addressed the audience, stating, “As the Governor of the Gila River Indian Community, home of the Akimel O’otham and Pee Posh, I am honored to stand with all of you today, and other state and regional leaders.”  He added that with the passage and signing of SB 1239, “Arizona has shown its commitment to providing the safest, most reliable transportation system in the nation.”

The widening project also will ensure increased safety for drivers on the I-10.  And with many Community members commuting to jobs in Phoenix and Chandler, Gov. Lewis stated the widening project “will expand investment and generate additional economic activities within my Community, the state, and the region.” 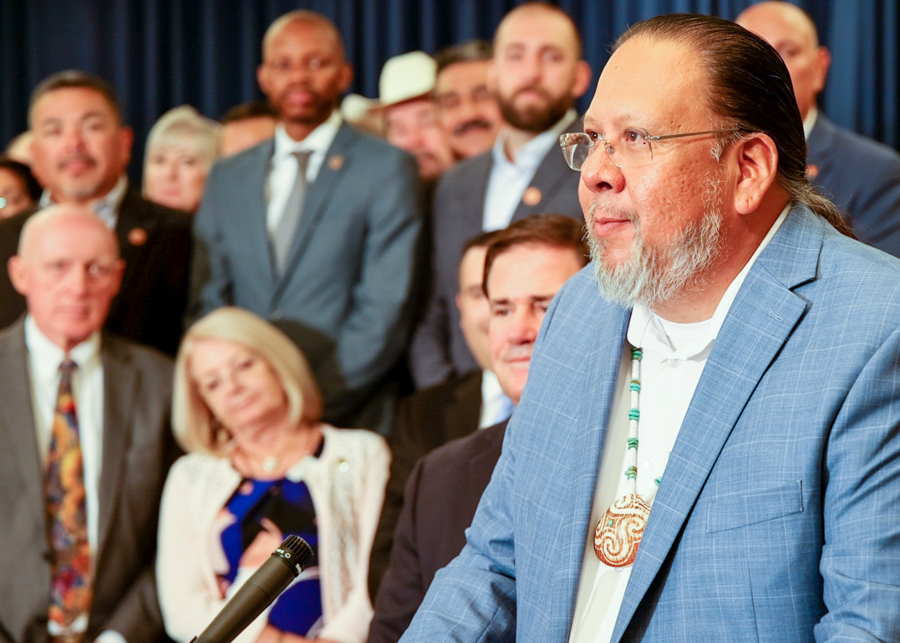 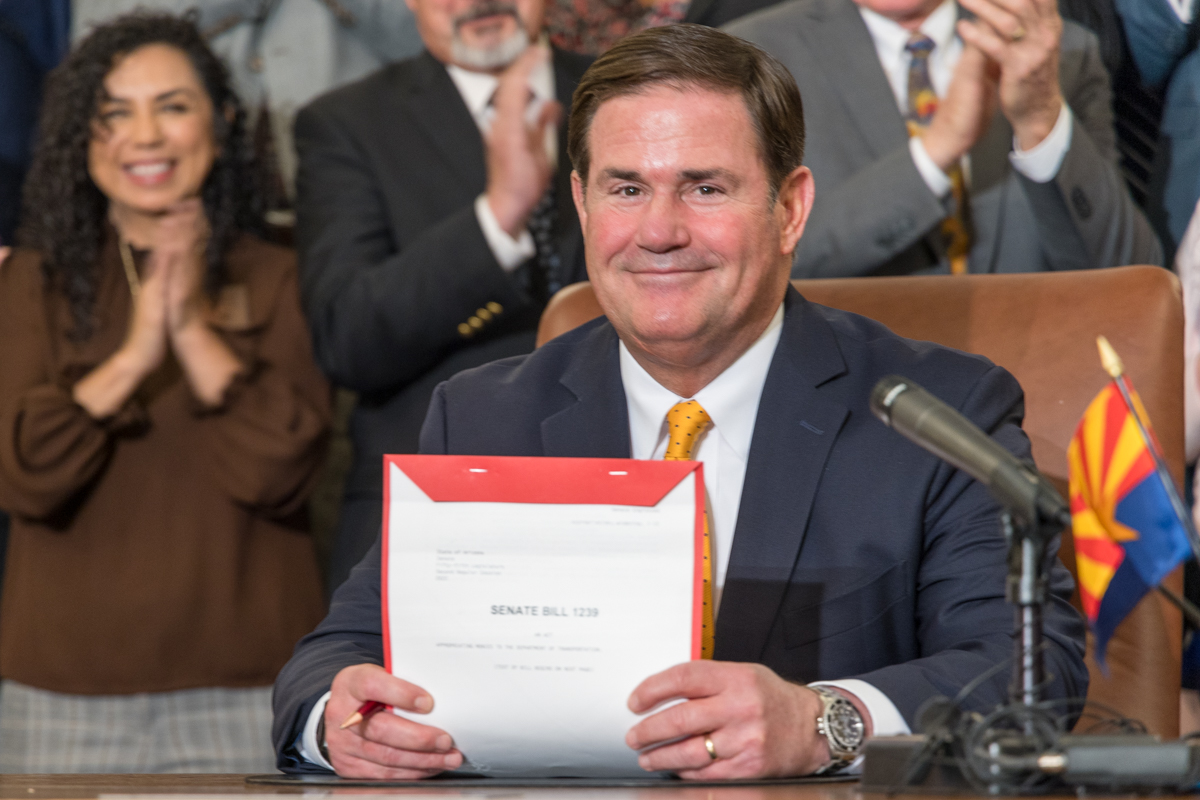 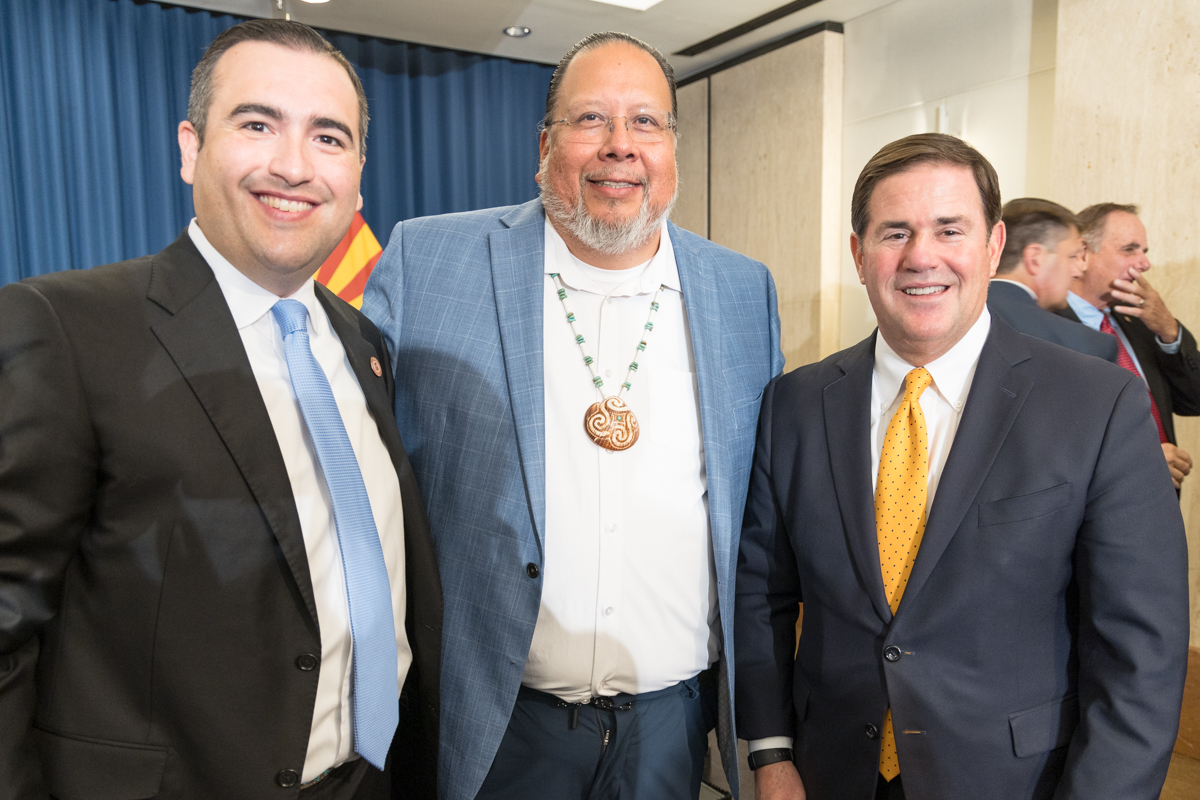