As part of the school’s Native American Heritage Month, Skyline Gila River and the iRise Foundation presented a Community event featuring a visit from Mills where students and families had a chance to meet and ask questions of the olympian, followed by a viewing of the film “Running Brave” which portrays his Olympic success.

Mills, won the 10,000-meter race in the 1964 Tokyo Olympic Games, becoming an Olympic Gold Medalist. At the time, he set a world record of 28 minutes, 24.4 seconds and is still the only American to ever win a gold medal in the 10k event.

“I enjoyed being here tonight and the opportunity to speak with the Community,” Mills said, “I’m so blessed to have an opportunity speak to our youth.”

Seventh grader Rayonnah Mix, was chosen from a contest among the students at Skyline Gila River to introduce Mills during the event.

“I feel proud to be chosen because of how many people look up to him,” said Mix, who felt many of the students could relate as most of them also run track.

Mills shared his background and some of the challenges he’s faced growing up on the Pine Ridge Reservation, where he was surrounded by poverty and orphaned at the age of 12.

During high school he set numerous records in track events and earned a track scholarship from the University of Kansas before serving in the United States Marine Corps.

In 1986, Mills founded Running Strong for American Indian Youth and became a spokesperson for the organization where he travels and visits Native American communities throughout the country, speaking to youth about healthy lifestyles and taking pride in their culture.

Mills was recognized during the event with a special presentation by the Native American Basketball Invitational (NABI) President GinaMarie Scarpa and Mark West, who presented Mills with a commemorative NABI basketball. 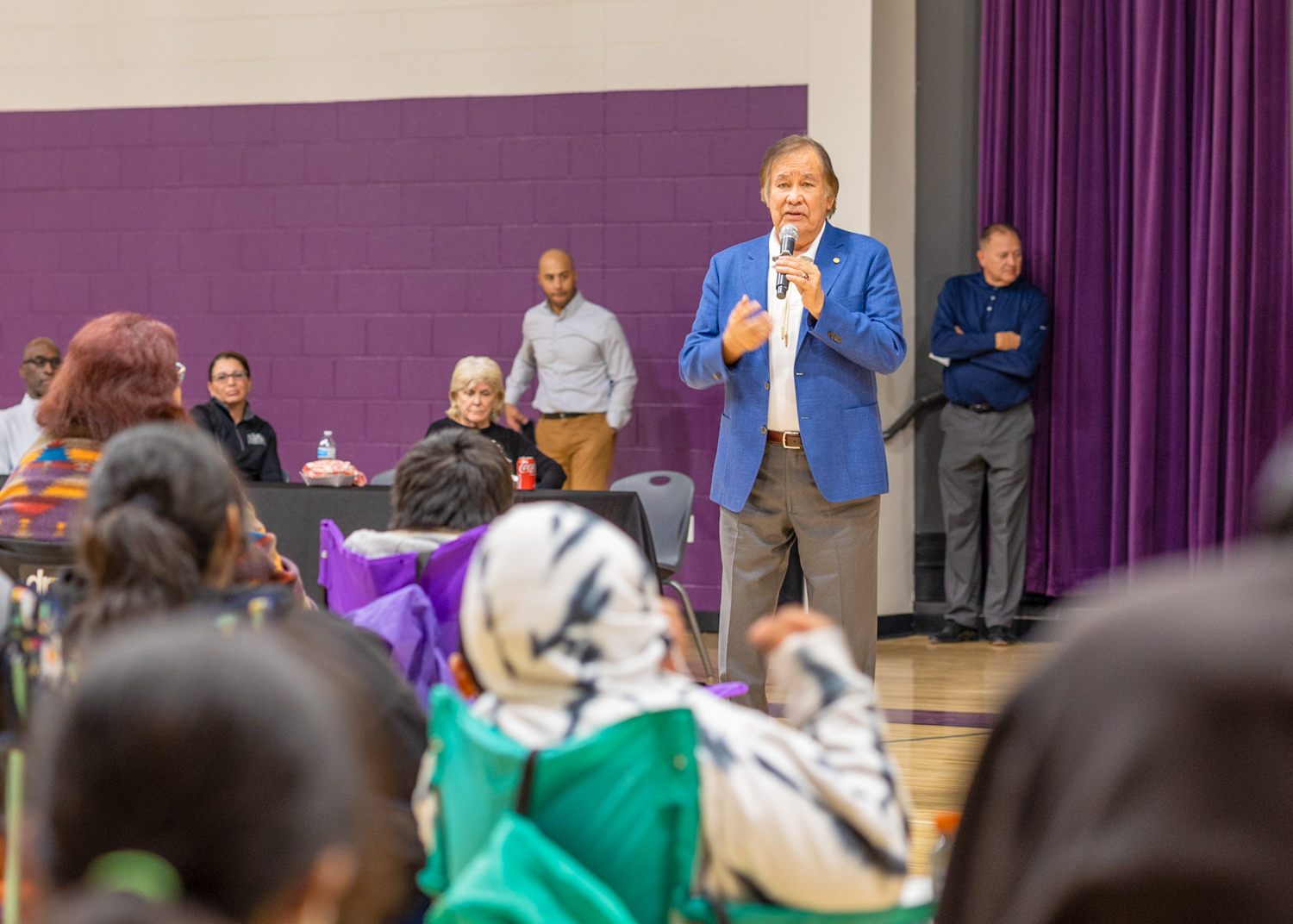 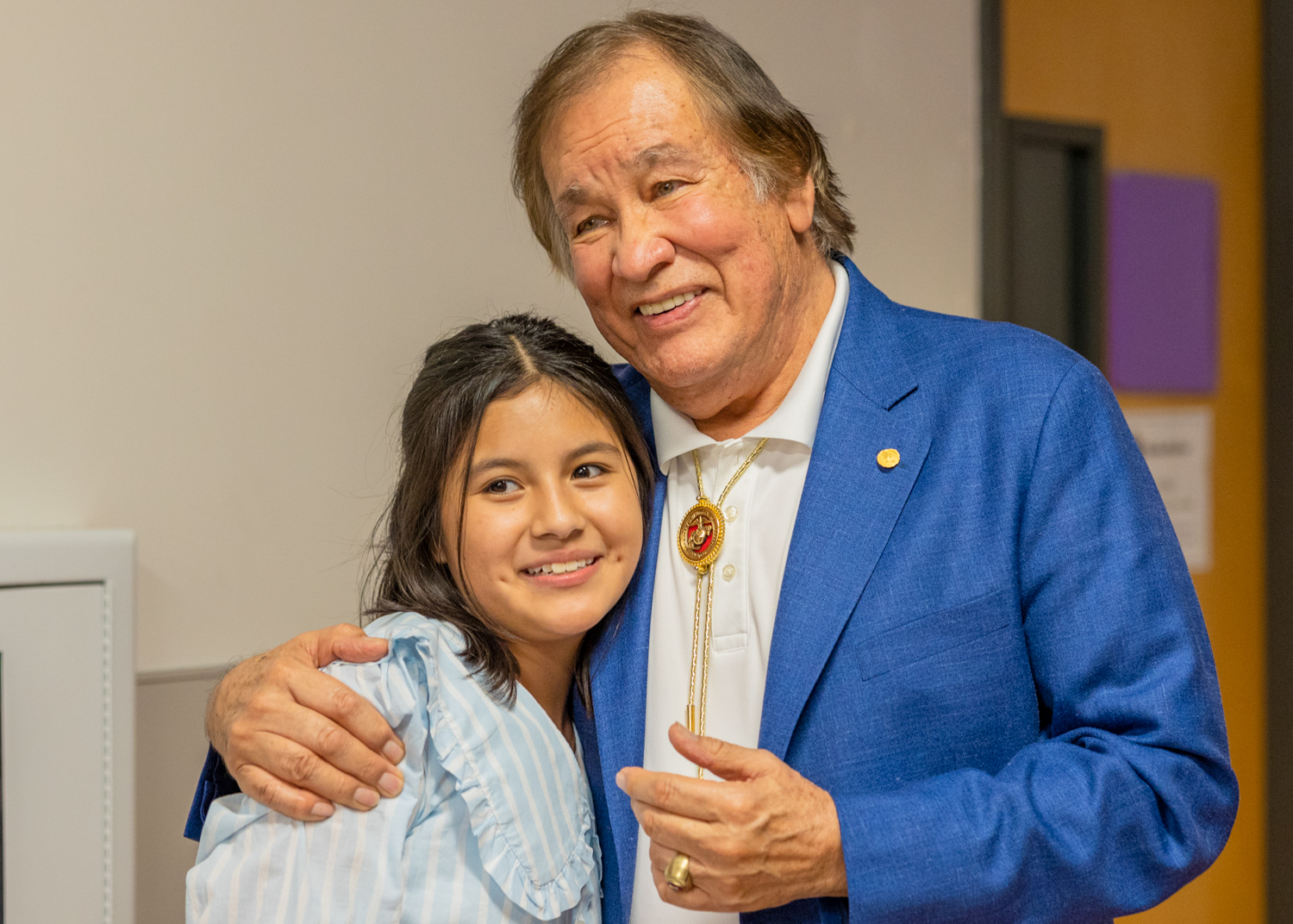 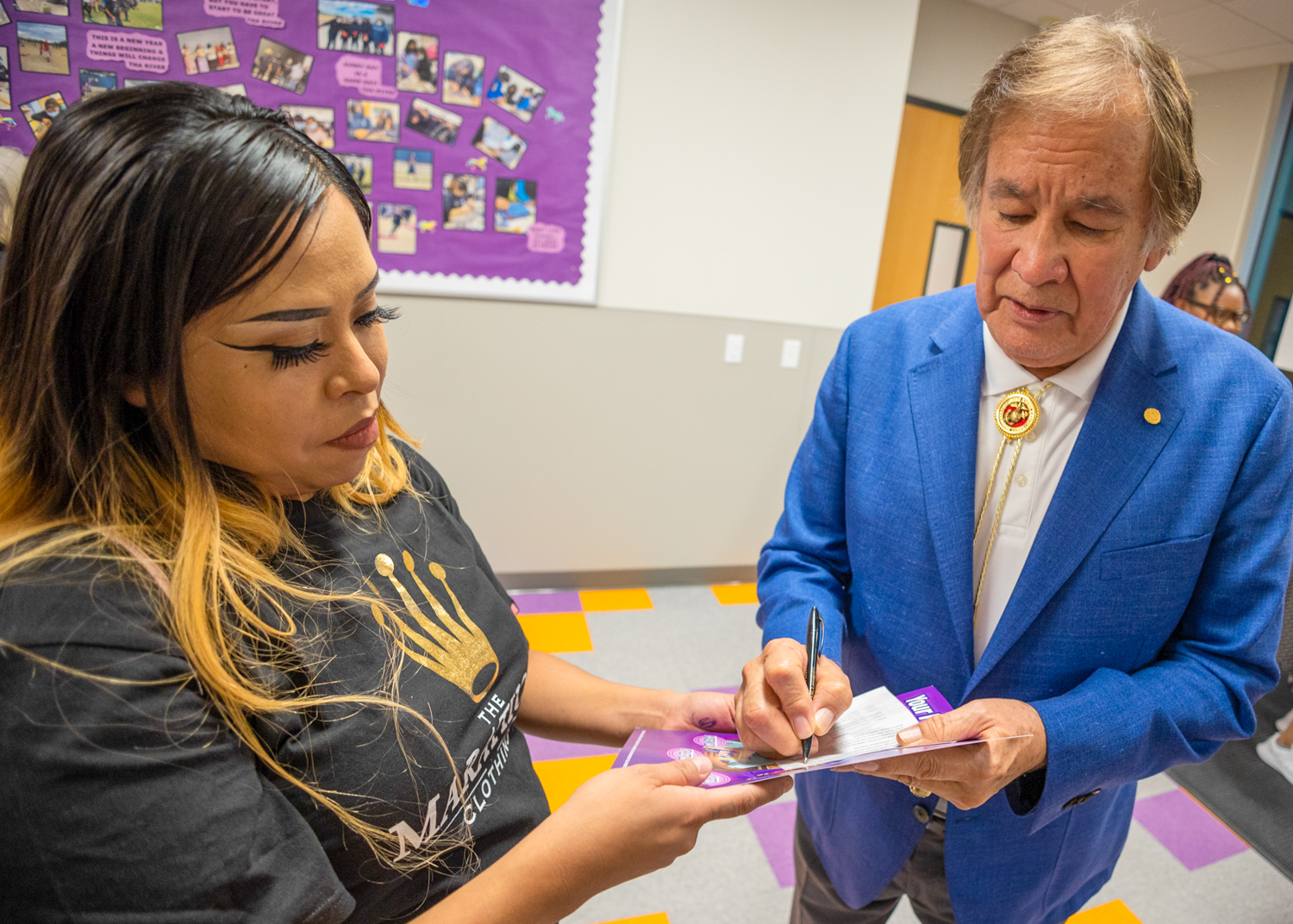 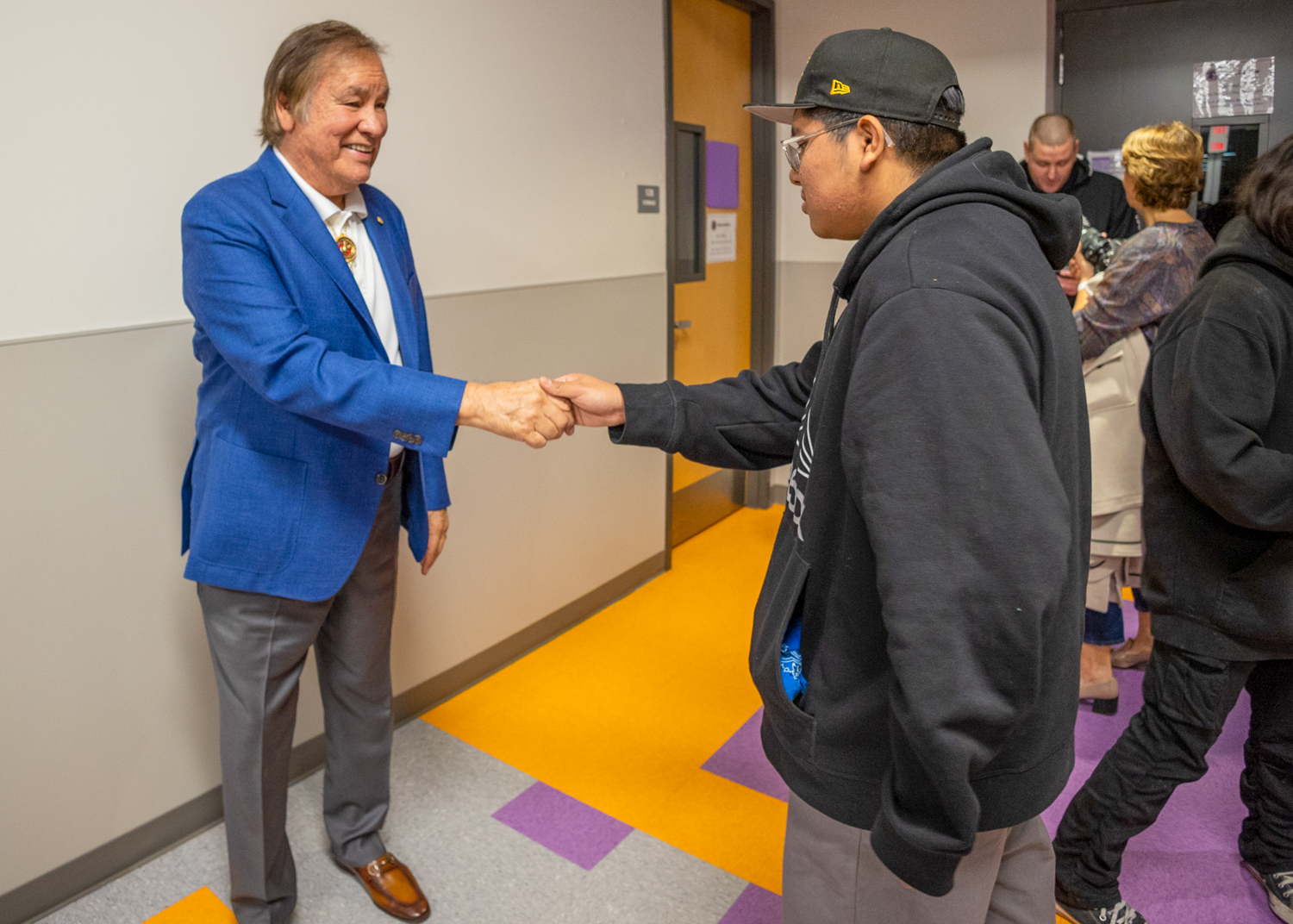