This year, events unfolded across the nation and within the Community to honor, celebrate, and pay tribute to all who have served this nation’s military on Veterans Day, Nov. 11.

Beginning at the Haskell Osife-Antone Post 51and Unit 51 building in District 1, Veterans and Community members came out for a one to two-mile run/walk along Blackwater School Road.

As veterans and participants completed the run/walk, they were cheered on by the Blackwater Community School Pep Squad.

“I’m just grateful to be here and thankful that our post continues to serve the Community and honor our veterans, our brothers and sisters, our family members,” said Community Council Rep. Joey Whitman, an Army Veteran who served in the 82nd Airborne Division.

He added, “Over the pandemic we lost a couple of our brothers and sisters, our families that served... And with those that are still here, it’s good to be together and have that camaraderie and just celebrate the Community.”

Military honors included a flag raising in honor of those who served. Wreaths were laid out on the memorial monuments as a special remembrance of those who have passed,

Events continued at the District 1 Multipurpose Building, where veterans and attendees were treated to lunch, raffle prizes, and special gifts for veterans provided by the Haskell Osife-Antone Women’s Auxiliary Unit 51.

Post 51 Chaplin Jewel Whitman provided a prayer followed by the Pledge of Allegiance from the Blackwater Community School Pep Squad.

Vietnam Army Veteran Lancelot Lewis reflected on his time in the service and his return home.

Lt. Gov. Monica Antone also spoke at the event, expressing her gratitude for the veterans and their families.

“If it weren’t for them warriors, we wouldn’t have the freedom we have today,” said Lt. Gov. Antone, “So thank you veterans, all branches, thank you for those that are serving and thank you for the families that support you.”

She added, “When they get out of the military, they still do civic duty with our burial details and the veteran groups that we have in our Community.”

Veterans Day events continued throughout the Community, including a small gathering in District 7 on Nov. 11.

Members of the Pee Posh Veterans Association began their activities by visiting the District 7 cemetery to honor veterans from the district that have passed. Then, at the service center, they held a flag ceremony, where flags were raised to half-mast, followed by a 21-gun salute and performance of “Taps.”

The District 7 Service Center then provided a brunch for everyone in attendance where Community Council Rep. Devin Redbird welcomed everyone. A prayer followed his remarks for everyone in honor of the occasion by Edena Antone. Vietnam veteran Ernie Bread provided some closing remarks and shared the importance of Veterans Day and remembering those that paid the ultimate sacrifice during their military service.

After the closing, the Pee-Posh Veterans then proceeded to District 6, where they visited the Co-op Village, St. Johns, Gila Crossing, and Santa Cruz. Then later that day they made the trip to pay respects at District 4 and District 5 cemeteries. 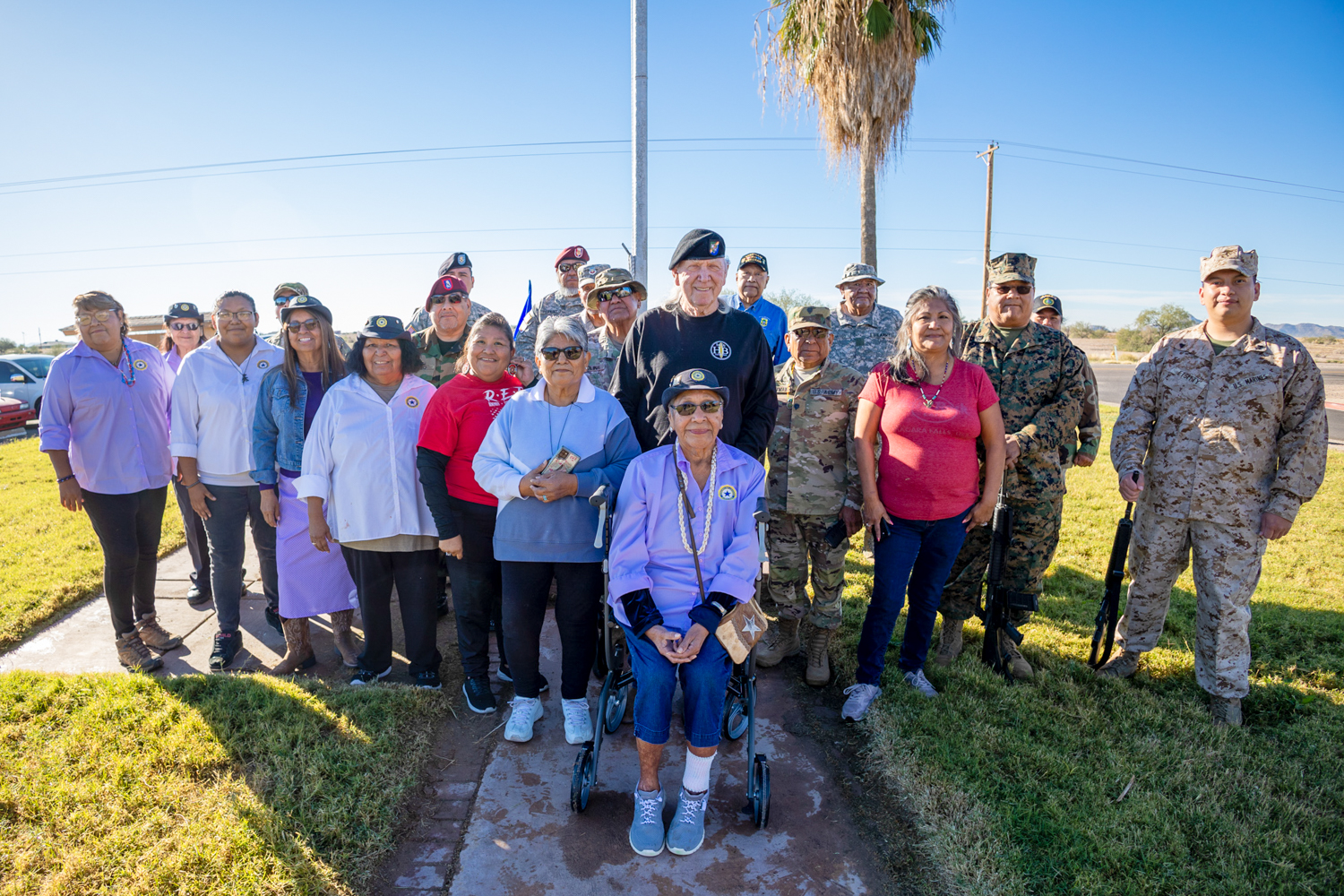 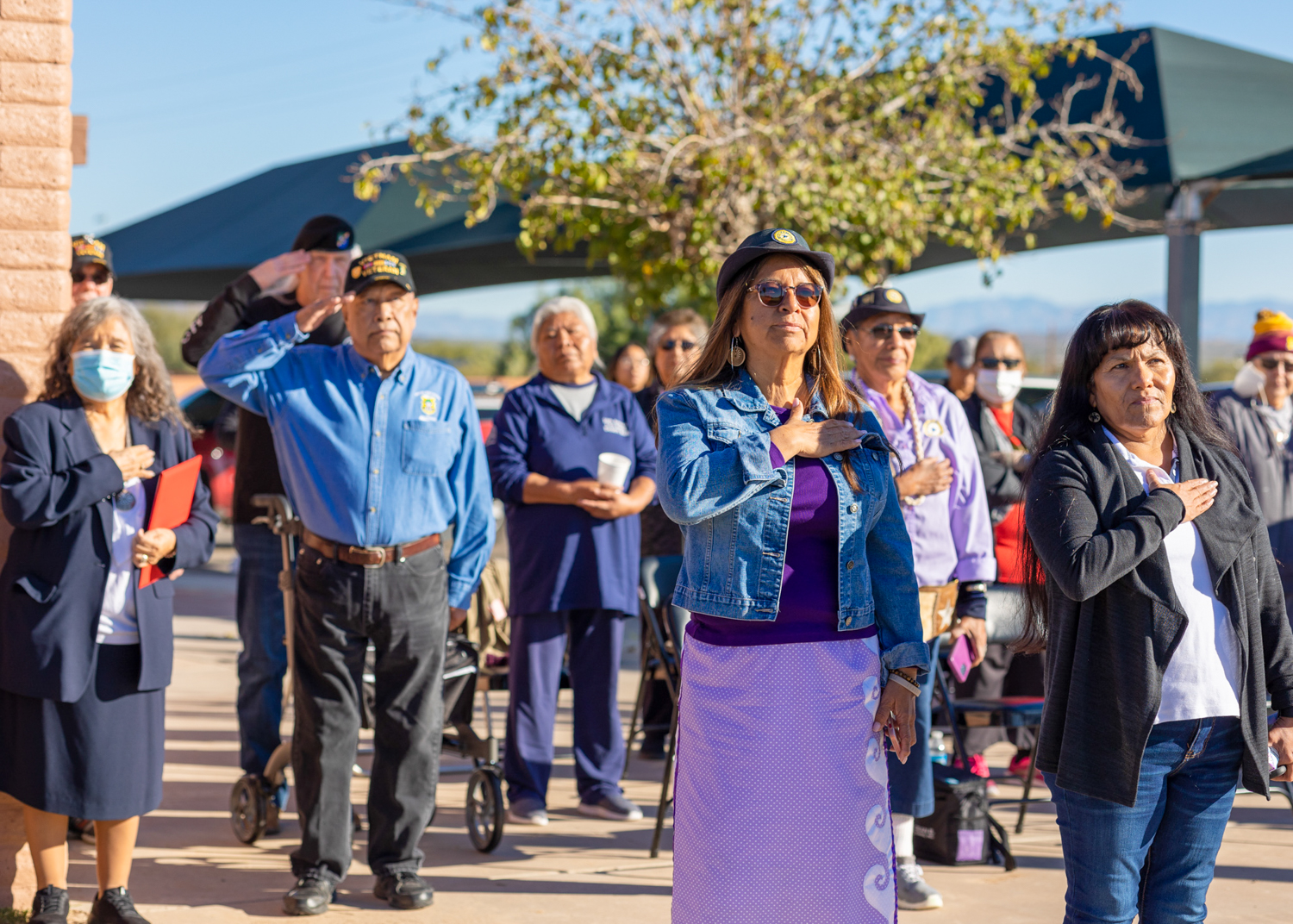 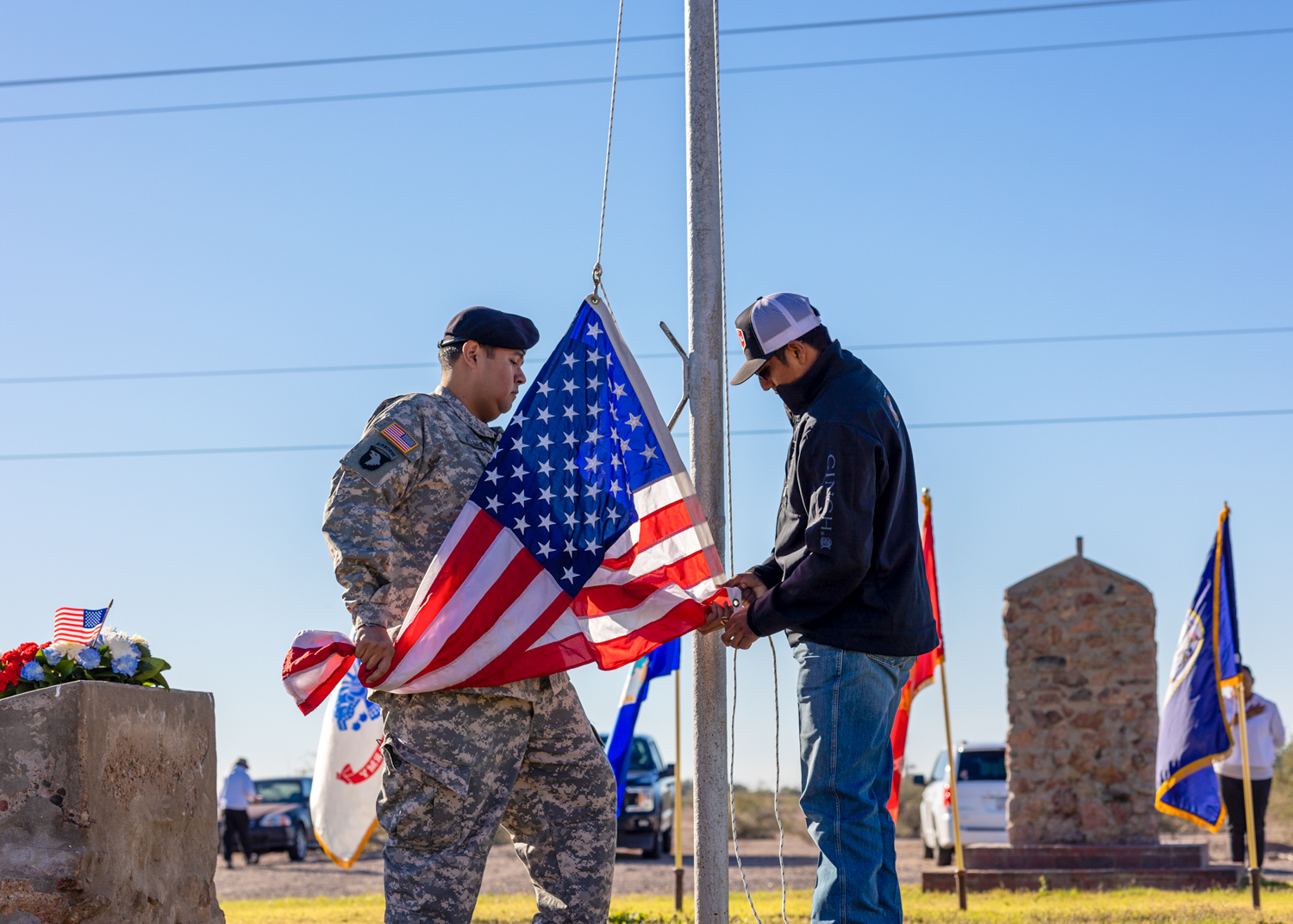 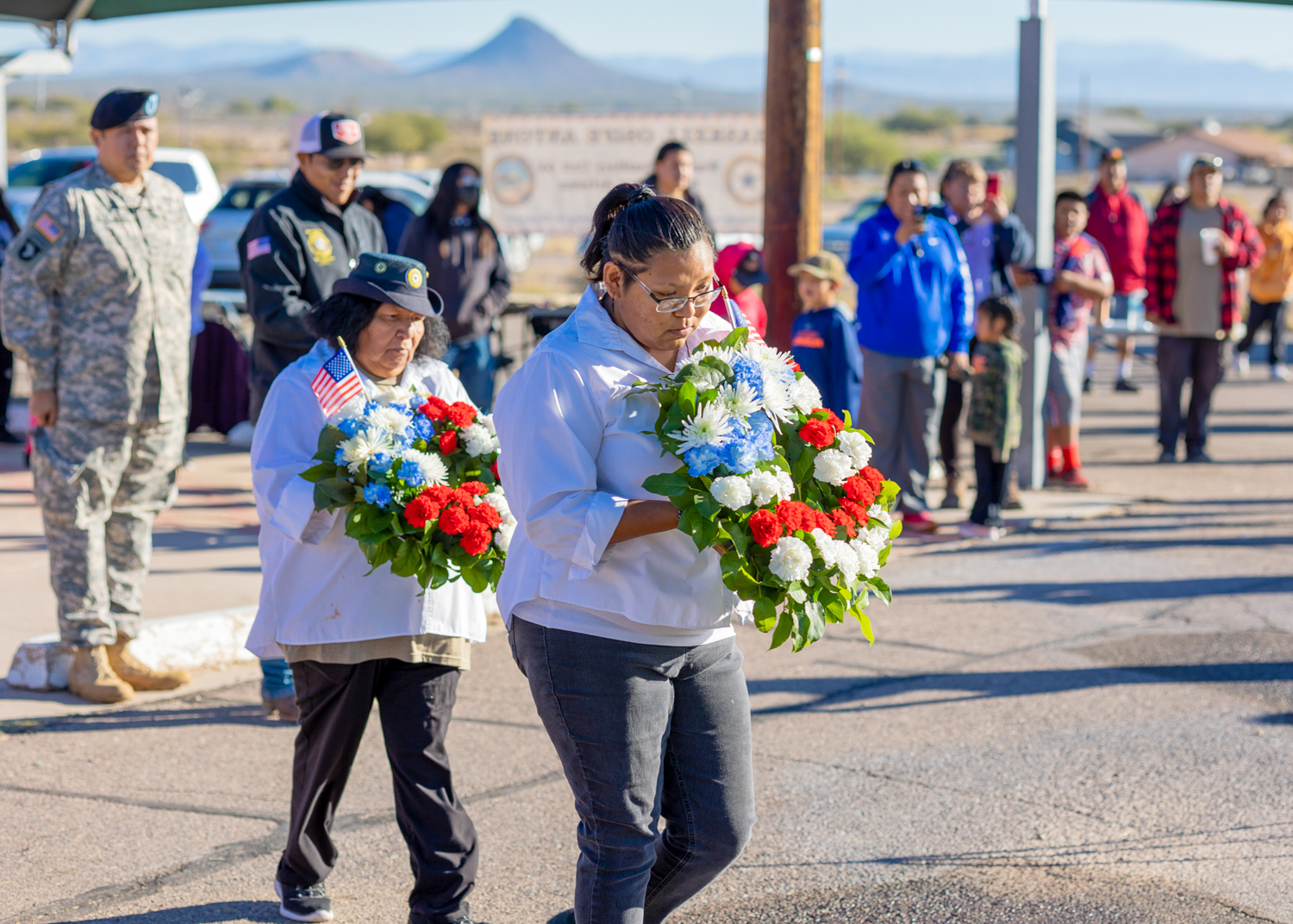 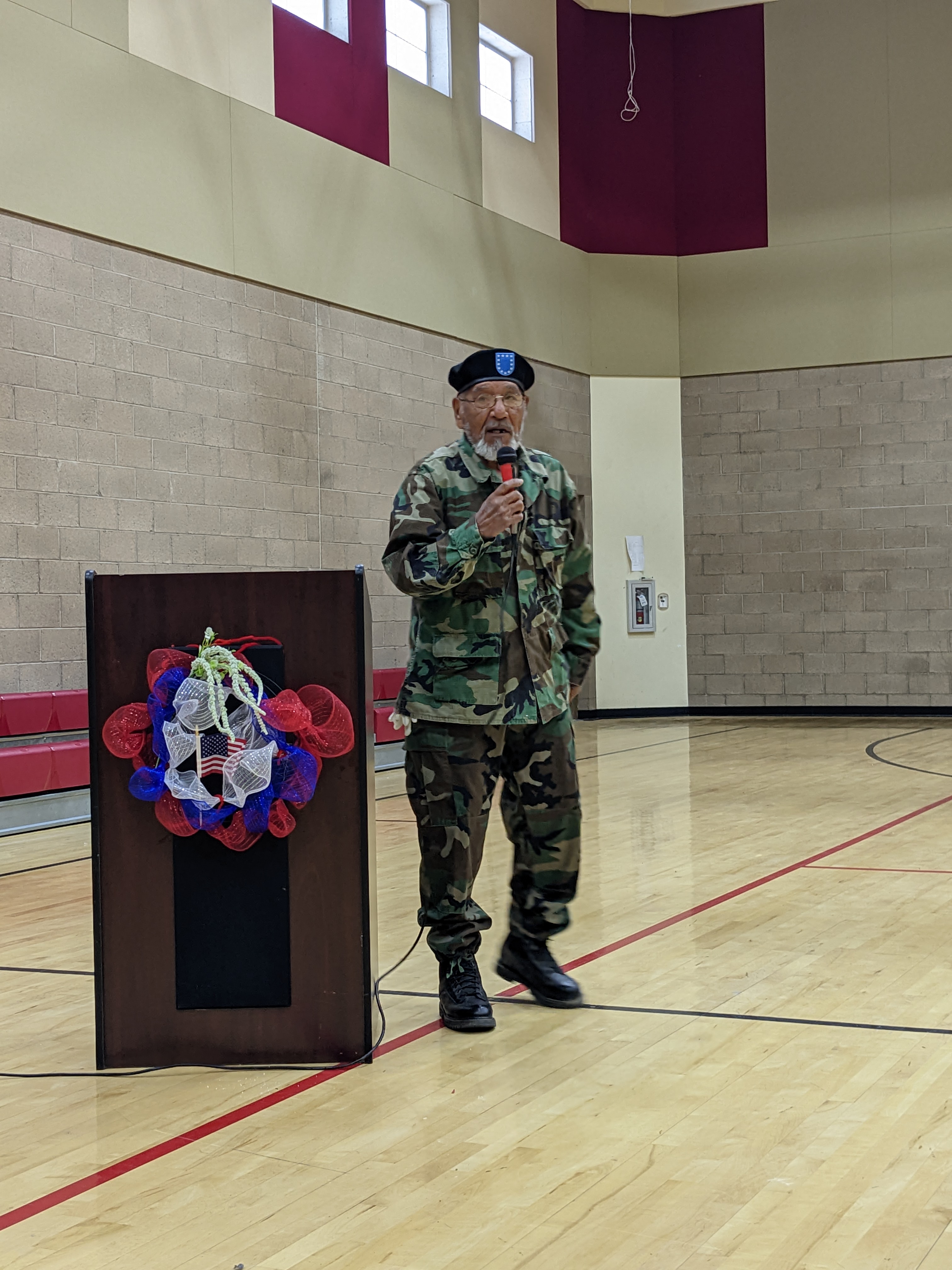 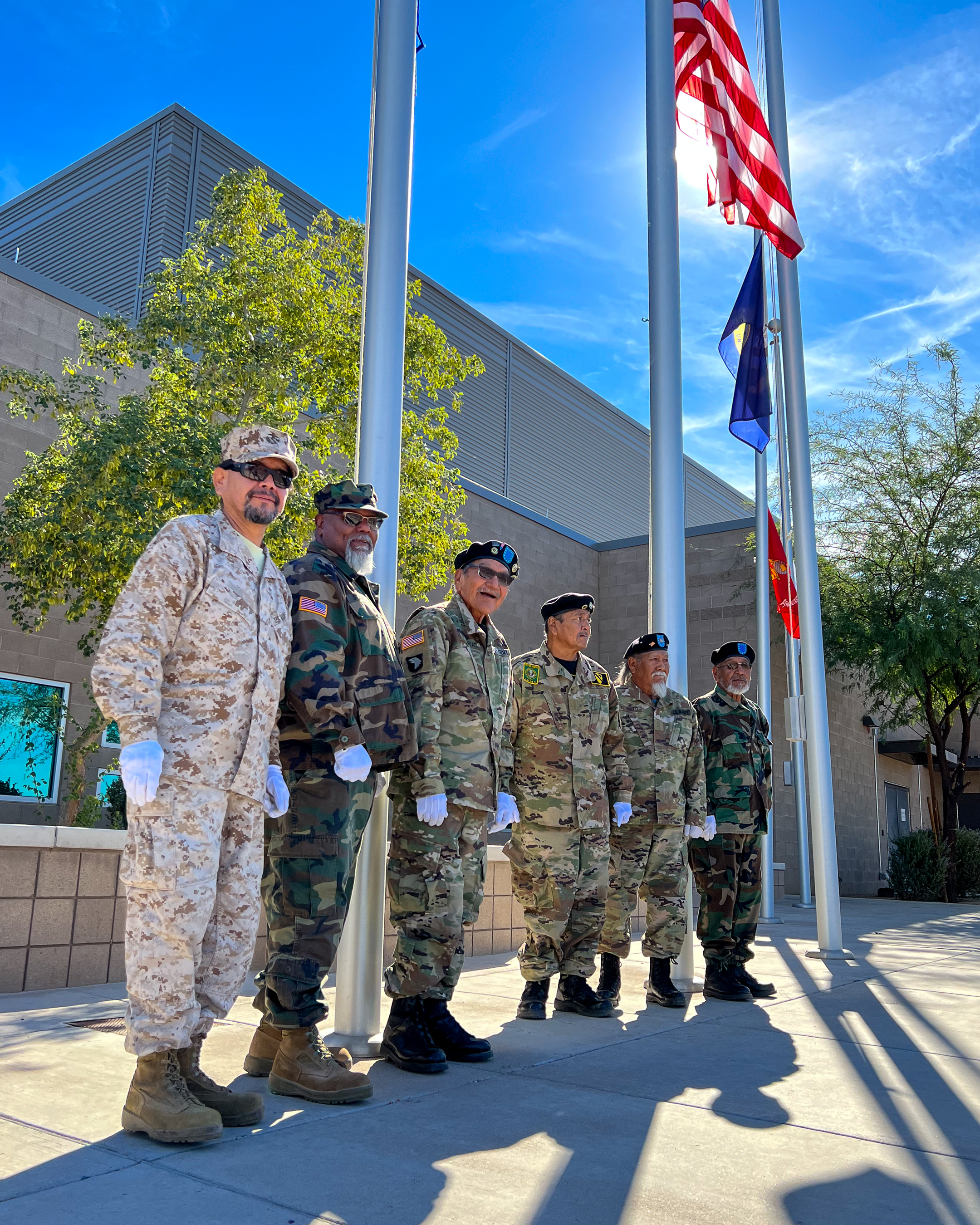