On Nov. 10, the Pentagon hosted a Veterans Day celebration in honor of Native American History month in Washington, D.C.

Inside the courtyard of the Pentagon, tribal leaders and veterans across the country gathered to recognize the history of Native peoples who have honorably served in the United States military. The event was a collaboration between the United States Air Force Dept., Indigenous Equality Team, Headquarters Dept. of the Army, and Pentagon Force Protection Agency.

Gov. Stephen Roe Lewis and District 3 Community Council Rep. Avery White were in attendance on behalf of the Community.

“This was a long overdue historical event to be a part of and witness,” said Gov. Lewis, “for the Pentagon to recognize the long-standing history of Indian Country’s contributions to the service of this nation was amazing to see.”

The celebration for the event began with a traditional Native honor song and posting of colors by members of the Kiowa tribe. Other performances included traditional singing from The Uptown Singerz, a performance from a Cochiti Pueblo singing group, and cultural dancing throughout the event.

As part of the month-long tribute, tribal nation flags flew atop the Pentagon on Nov. 9, including the GRIC Flag.

U.S. Air Force Lt. Col. Maureen Trujillo, Cochiti Pueblo, spearheaded the efforts for the event on behalf of the Air Force Dept., Indigenous Equality Team. Beginning early this year, planning commenced for the Nov.  celebration. And by August, all the parties came together to coordinate the event.

“As of 2020, shy of 20,000 members of active duty force is American Indian or Alaska Native, and approximately 140,000 call themselves veterans today,” said Lt. Col. Trujillo.

Lt. Col. Trujillo also mentioned that American Indians serve in the military at the highest rate of any ethnic group in the country. And for that, she was proud to see this event take place.

“Today has been one of the proudest moments in my 20-year career serving in the Air Force because we were able to bring our people into the Pentagon and celebrate them in a meaningful way, not only those here today but all those who have served since the Revolutionary War,” said Lt. Col. Trujillo. 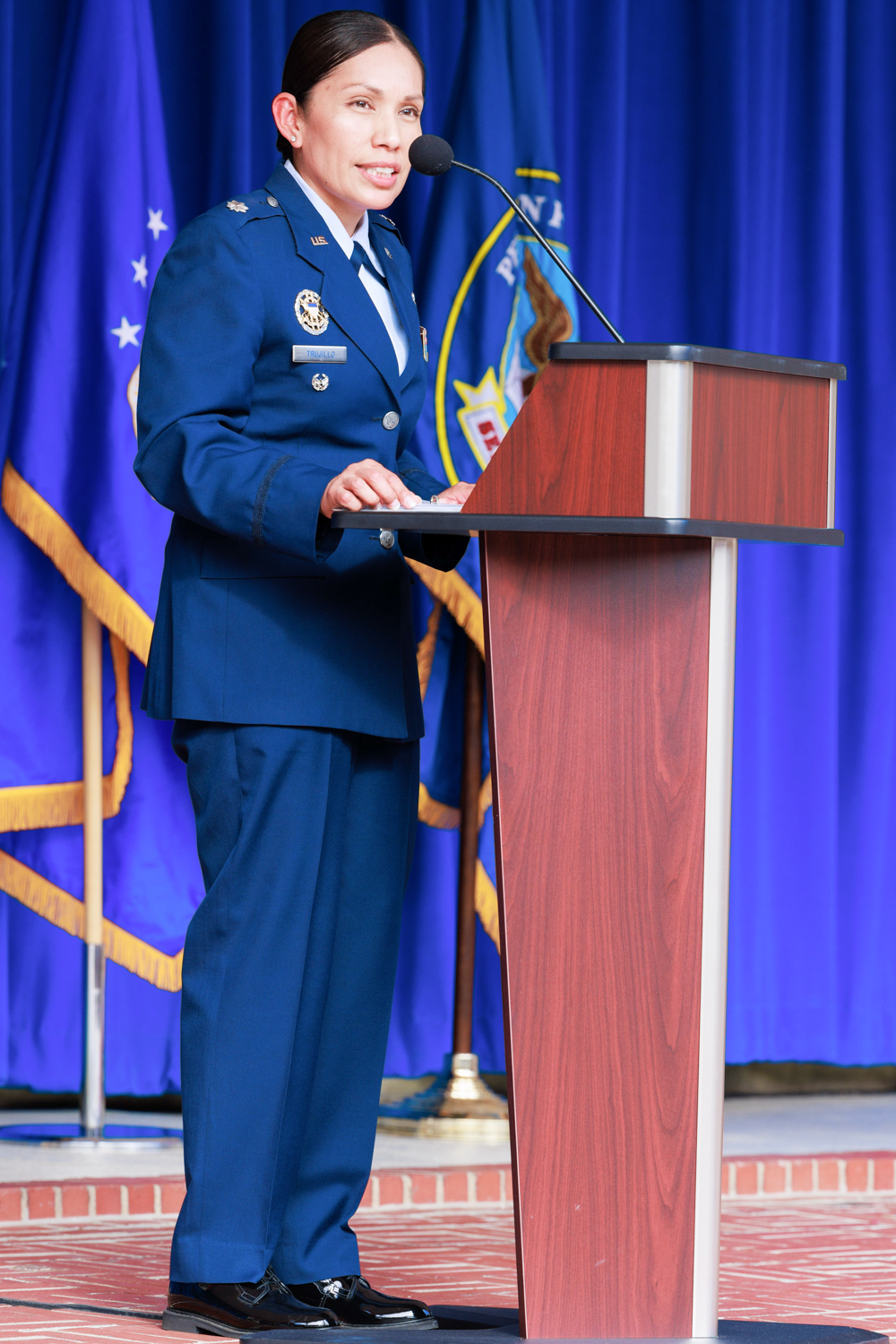